A year ago I was encouraging my fellow birders to join a challenge with no even playing field and no prizes.  I was expecting maybe 20 people to take on the 2019 5MR Challenge, but ended up with over 200.  As the year progressed many dropped out though a few new ones joined up, even into fall.  The final-ish list stands at 164 participants, mostly from the United States but also Canada, Australia, United Kingdom, and Bangladesh.

I must admit, my goal was never to be competitive about it but it seemed like the best way to get birders to try a 5MR list.  The amazing thing is that it worked.  A lot of people chose to bird close to home this year, to drive less and explore more, to choose to bird nearby locations rather than the most visited hotspots in the county.


It turns out 5MR birding is also an excellent way to get to know a new area as Jacob and I have discovered with our new house in Lincoln City.  There are a few hotspots around that I was familiar with but so many more areas that are underbirded, including our new neighborhood near Devils Lake.

It's cool to see Townsend's Warblers anywhere but especially when they're running around your yard eating little caterpillars.  We also have a flycatcher wintering in the backyard, a likely Pacific-slope but I suppose more accurately a Western. 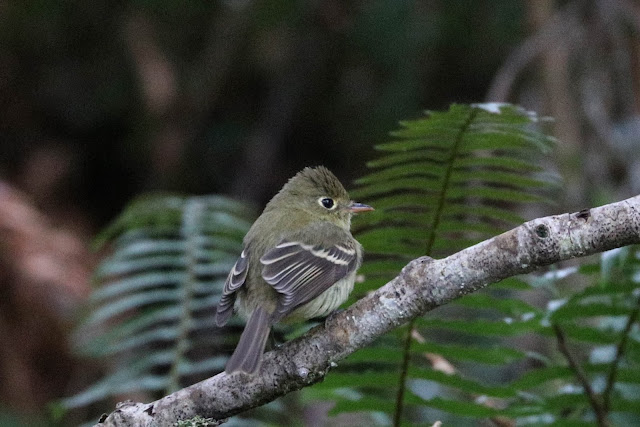 This is a good bird for December in Lincoln County!

Most of this weekend was spent installing new flooring in our sunroom and other small projects around the house so birding was mostly focused on the yard.  I picked up 3 new yard birds because of this:  Hermit Thrush, Downy Woodpecker, and Red-tailed Hawk.  Jacob went to get pizza one night and came back to find a Red-breasted Sapsucker in the driveway.  This would have been a county bird for me but it flew away before I could see it. 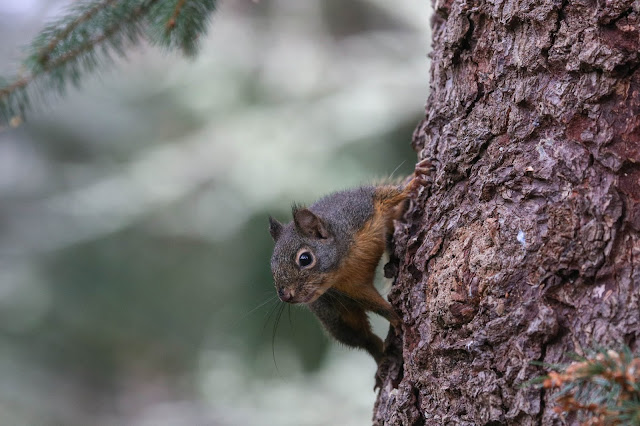 Jacob and Matthew headed back to Vancouver on Sunday afternoon but I stayed an extra night and did some birding.  I considered driving 40 minutes south to chase some potential county birds but instead decided on 5MR birding.  At the boat launch a quarter mile down our street I added Wilson's Snipe and Eared Grebe to the hotspot list. 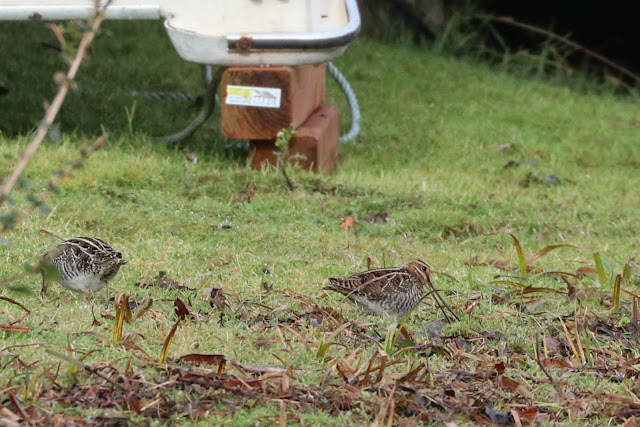 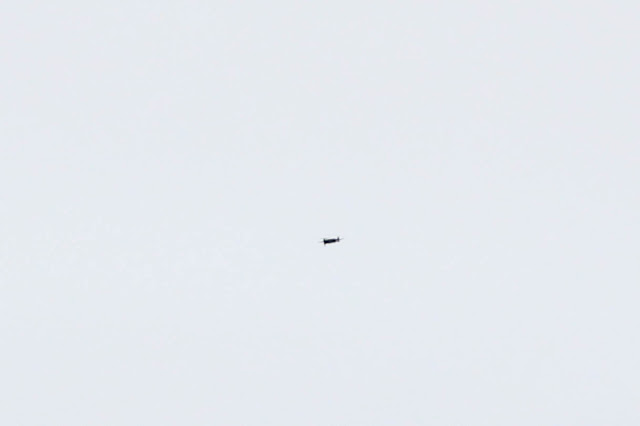 At D River Open Space I found the boardwalk closed but still birded around the parking area. 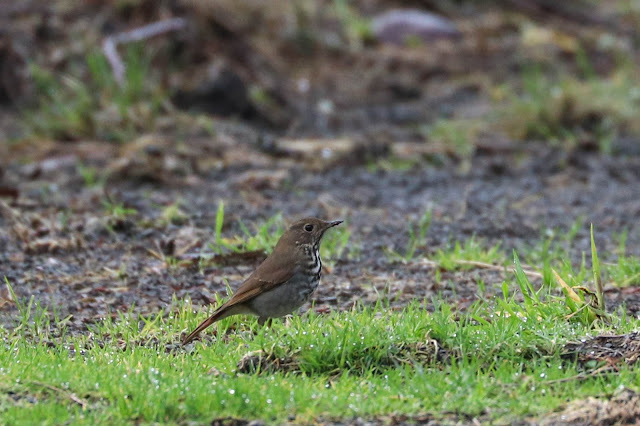 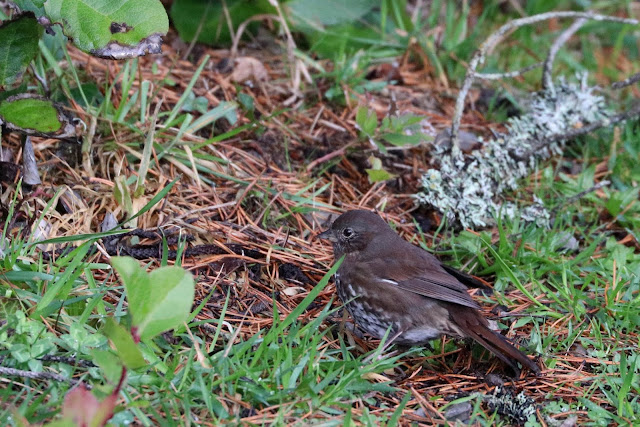 The next morning I continued 5MR birding at the NW 15th Street beach access where I learned what lurks at the end of a rainbow:  an impure gull. 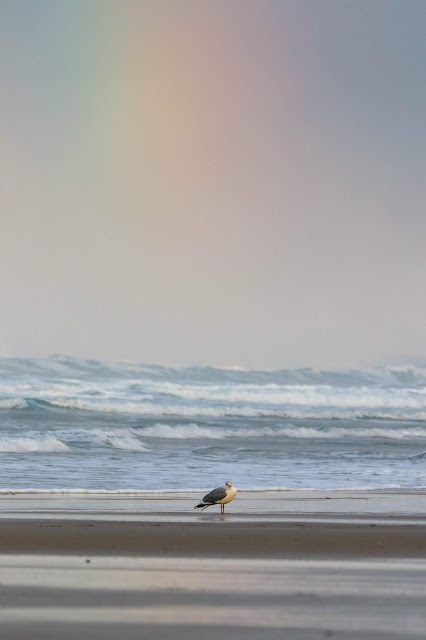 The rocky area at this beach access attracts a decent number of birds. 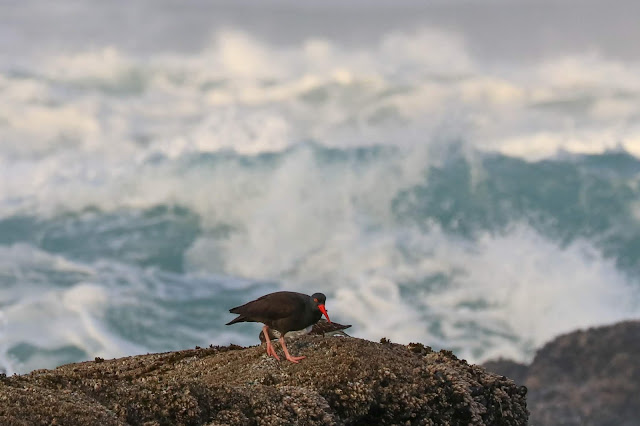 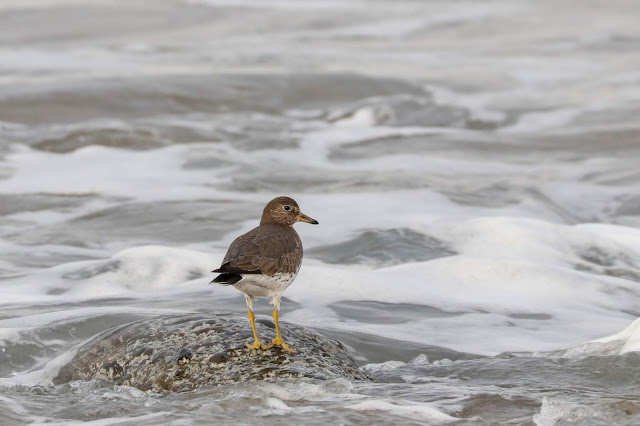 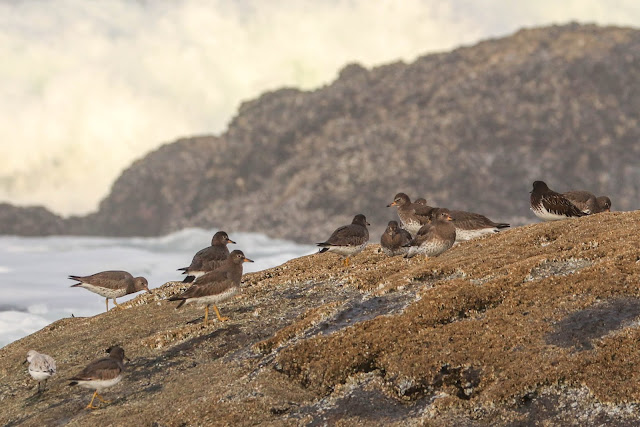 Surfbirds with Sanderling and Black Turnstone 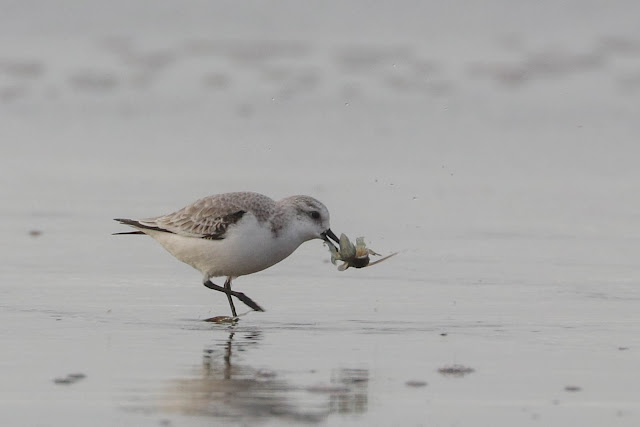 I had been hoping for a Rock Sandpiper or Ruddy Turnstone but no luck there.  After a stop at Siletz Bay Park I headed to the sewage ponds.  The second bird I saw there was an American Kestrel perched next to a pond. 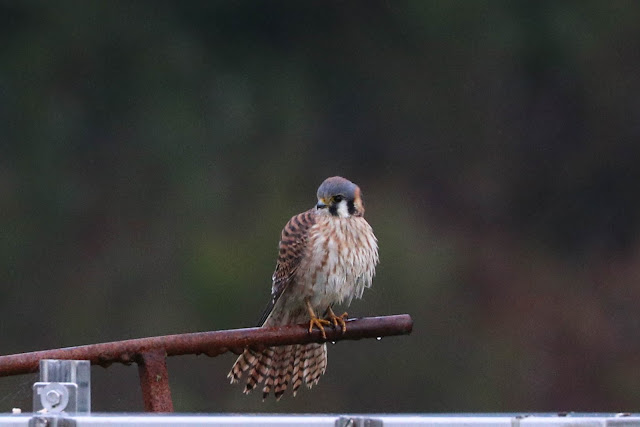 The usual mix of ducks and geese were in the water while a flock of Mew Gulls flew around constantly. 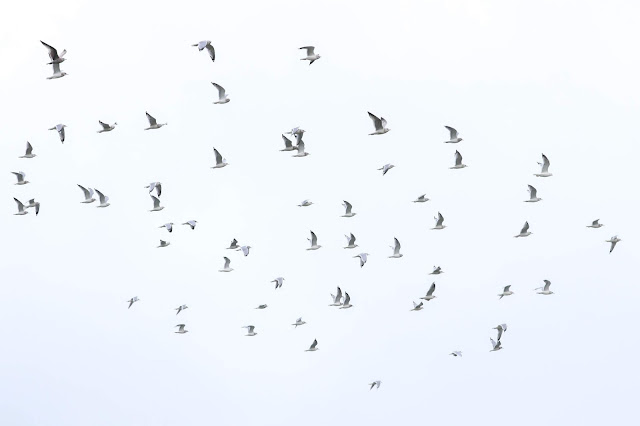 The trees surrounding the ponds attract decent numbers of birds and on this occasion a couple let me get photos. 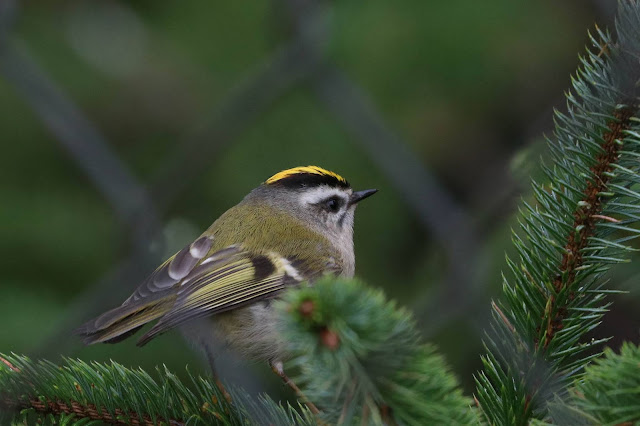 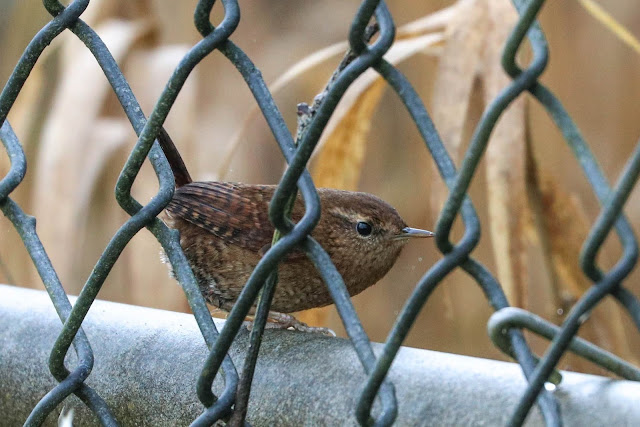 It was a lot of fun birding these random underbirded locations and Eared Grebe was a new 5MR bird for me.  Looks like I will end the year in an interesting position with my two radii: 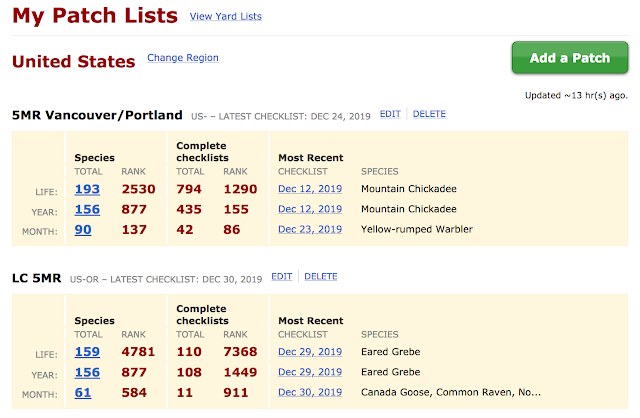 So the 2019 5MR Challenge is just hours away from being officially over but 5MR birding will live on!  I'm hoping local challenges will spring up and more birders will embrace birding away from the popular hotspots.  A friend of a friend, Justyn Stahl, wrote this really lovely email about this idea which he passed along to me and I recommend checking it out here.

I haven't quite sorted out all my goals yet for 2020 but they will definitely include more 5MR birding, more birding of underbirded locations, and of course, seeing wild toucans.  Because Costa Rica!