My eastern Oregon adventure with Ralph continued on Thursday afternoon as we headed east on Highway 7.  Our first real stop was at the boat ramp on Philips Lake adding Yellow-rumped Warbler, Mountain Bluebird and Western Grebe to my brand new Baker list.  I took more photos of insects here, though, like this common ringlet: 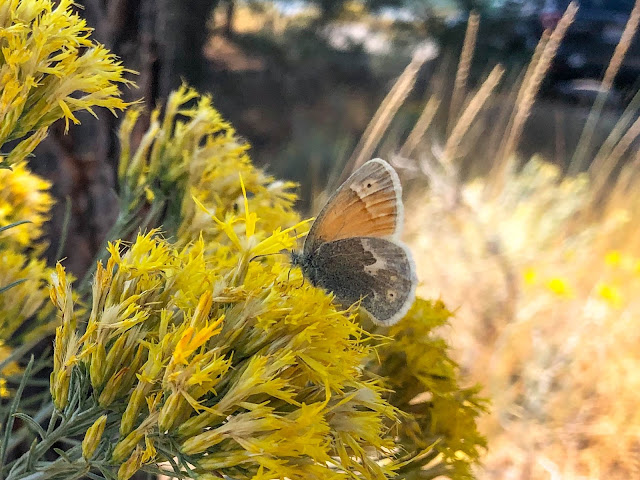 As I walked Ralph up the road here I saw something out of the corner of my eye... 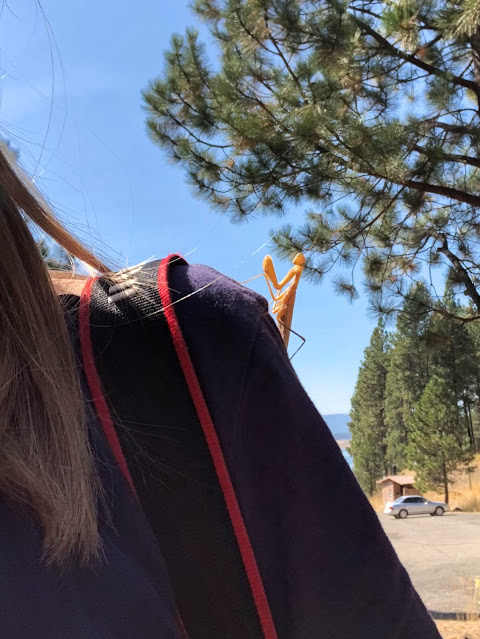 The mantis proceeded to walk out of sight to my back which was not my favorite thing to happen.

After the boat ramp I stopped for a very short walk at the Powder River Recreation Area and then drove through the parking area at the Mason Dam viewpoint where a family of peacocks was kind of cute. 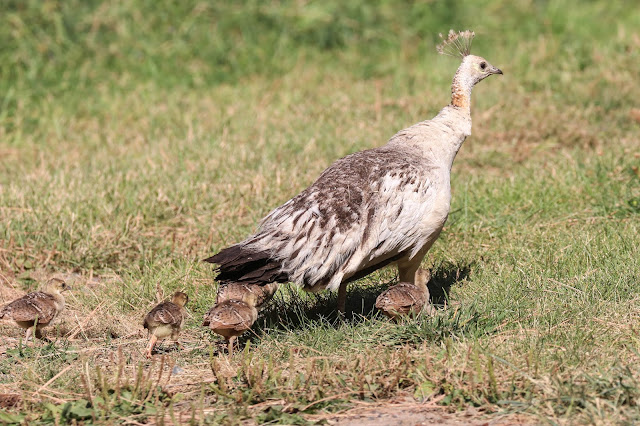 I was still pretty stressed about the Lincoln City house and decided rather than spending time searching for a good camp spot I would just get a motel in Baker City.  This worked out well and after resting for an hour or so I was ready for some evening birding. First stop: North Powder Pond north of Baker City. 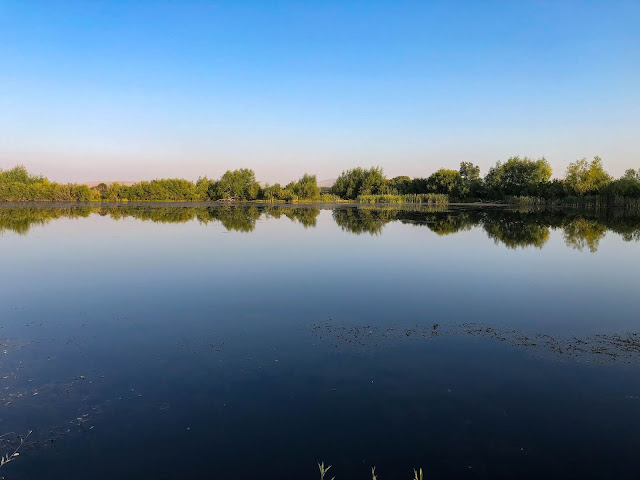 This spot was great!  A dirt road circles the pond for most of the way and not a single person was around. 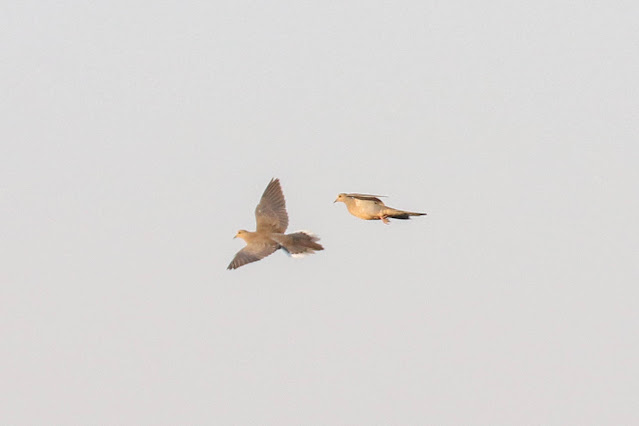 Birds were active as the temperature cooled off quite a bit and I picked up 17 new Baker birds here including Wilson's Snipe, Bank Swallow, and the above Mourning Doves. Back on the main road, Highway 30, a pair of Swainson's Hawks were Baker bird #34. 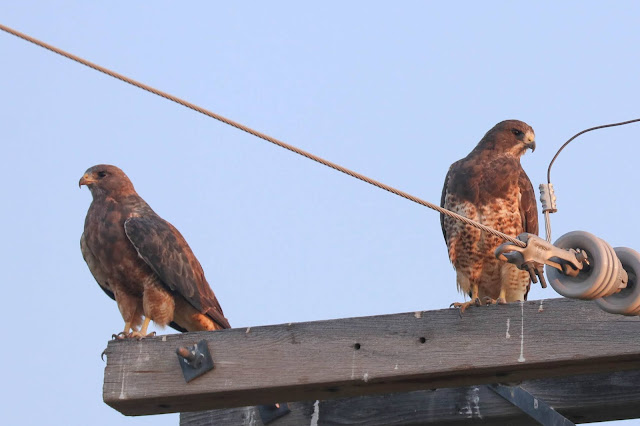 I drove south to the town of Haines' sewage ponds which sounded intriguing on the ECAS website.  The setting sun did not deter me. 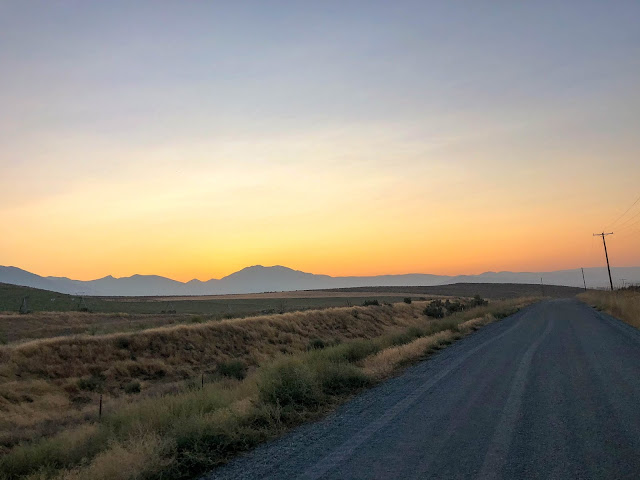 The ponds are visible from this gravel road and though it was getting dark I could still pick out some ducks including Northern Shovelers, Mallards, Lesser Scaup, a Cinnamon Teal, and a Ring-necked Duck.  Also a bonus Greater Yellowlegs called unseen from one of the lower ponds. I headed back to Baker City with 42 Baker birds.

The next morning Ralph and I were up and ready to look for owls bright and early.  We made a quick coffee/donut stop before driving over to the Bowen Valley area south of town.  I had driven through it on my way to town and thought the fields had good owl potential. 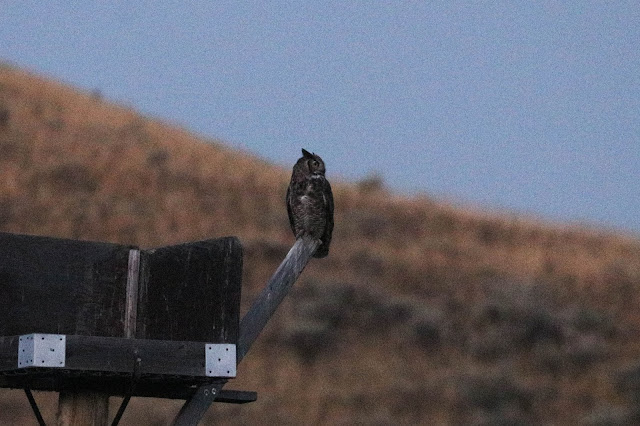 There were at least three Great Horneds in this area on Beaver Creek Road. 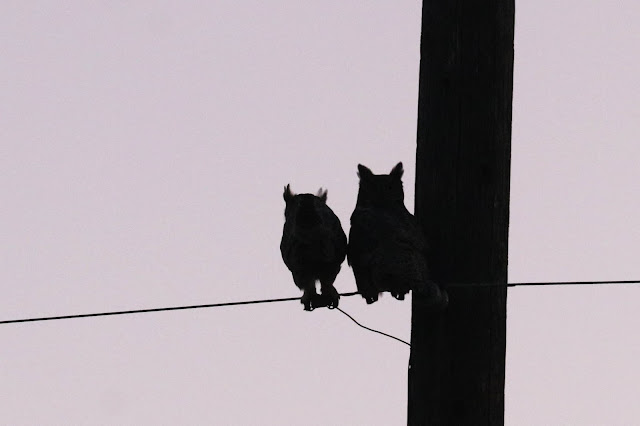 As the sky brightened Wild Turkeys started flying out of a roost tree down to the field. 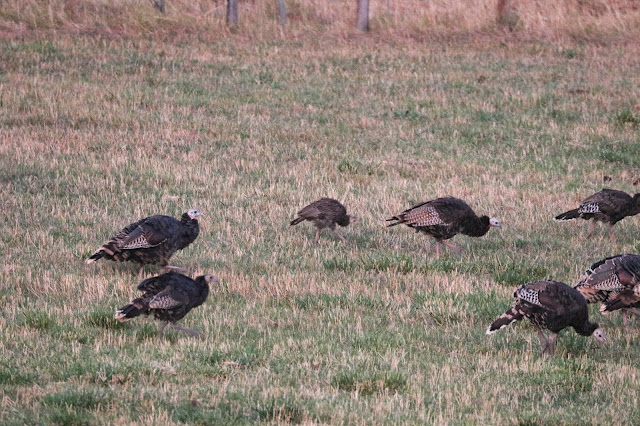 I drove Beaver Creek Loop before leaving the area and added Northern Harrier, Chipping Sparrow, and Western Meadowlark to my county list.  Back at the motel I packed up our stuff, eBirded a House Sparrow, and headed out for more birding. 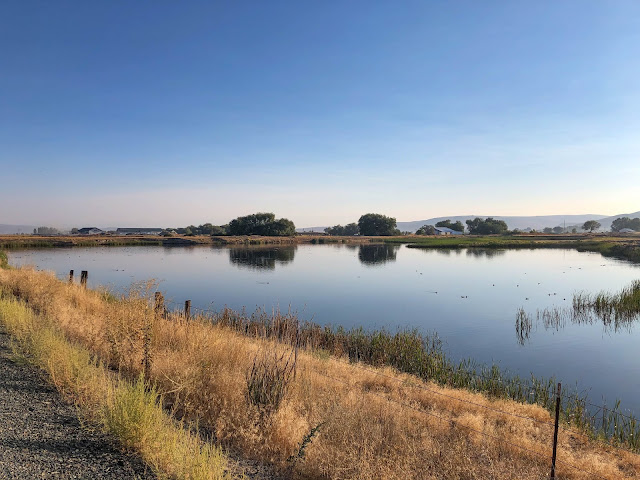 There was a great variety of ducks here including my county Gadwalls, Redheads, Ruddy Ducks, American Wigeon, Pied-billed Grebes, and coots. 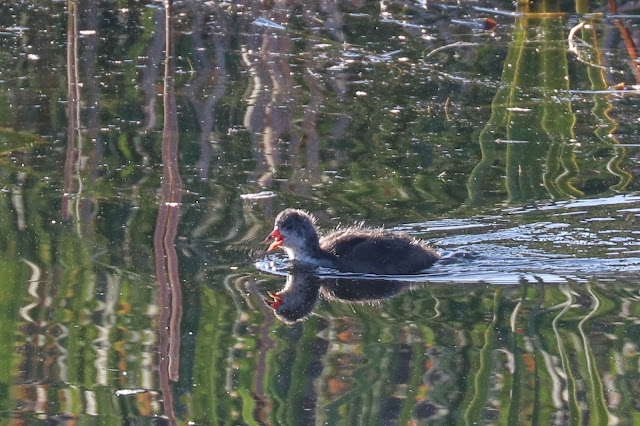 Young coot with a groovy background

From here I planned to head east on 86 to look for some sage species on Ruckles Creek Road.  Overall it was very quiet and maybe I didn't go far enough down the road, but I did find some good birds.  First off, a whole pile of Sage Thrashers. 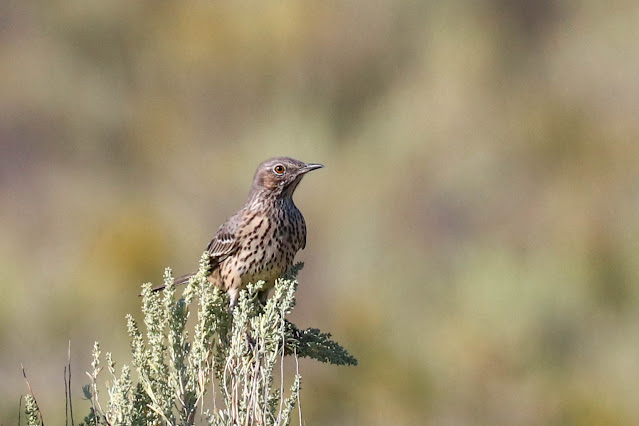 After walking Ralph up and down the road for awhile we got back in the car and started seeing Loggerhead Shrikes.  First one, then a second, then another and another and another.  At least 8 total!  One group of five was hunting the same small area. 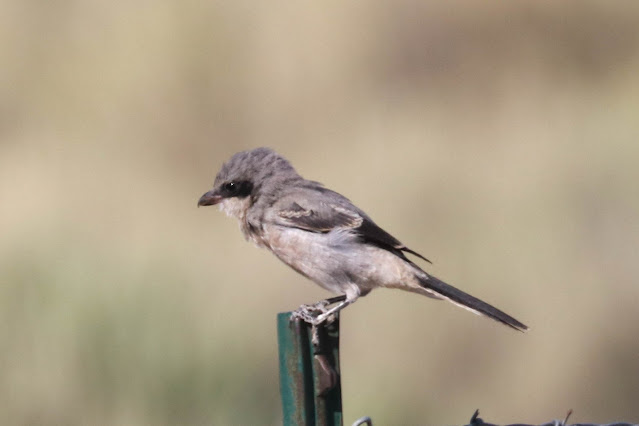 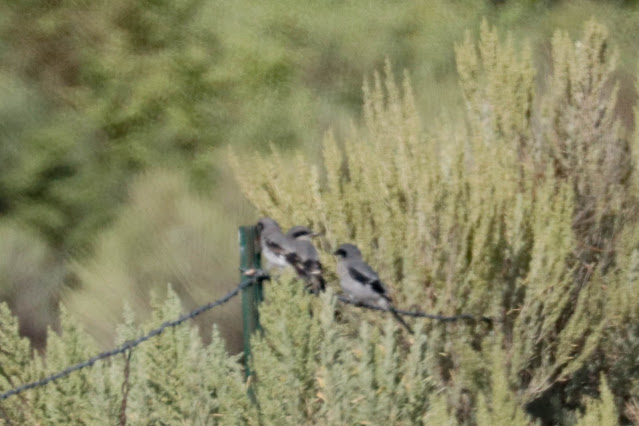 Killer heat waves but you get the idea.  Shrike city.

I had one last place to check before heading out of town, Bob's Lake.  Whoever Bob is he likes Trump, but his roadside lake sure had a lot of birds.  I picked up Western Sandpiper, Lesser Yellowlegs, Spotted Sandpiper and Bufflehead here, finishing my Baker birding with 67 species.  Not bad!

I hopped on I-84 to head home with blue skies and sunshine, stopping to eat snacks and walk Ralph at Hilgard Junction.  I picked up 8 new Union County birds here before heading west into the smoke somewhere between La Grande and Pendleton.  Ugh.  A pee stop in Sherman County was most unpleasant. Here's the view along Rockbeach Lane: 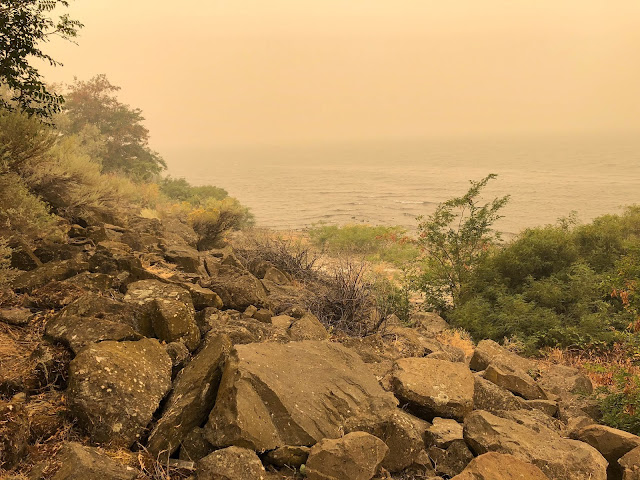 Overall it was a good trip despite the mild panic in the middle and deciding to cut Malheur County out of the plan. Birding Baker County felt way easier and more fun than Grant and I hope to get back out there next year. Good times!