Look at these birds! 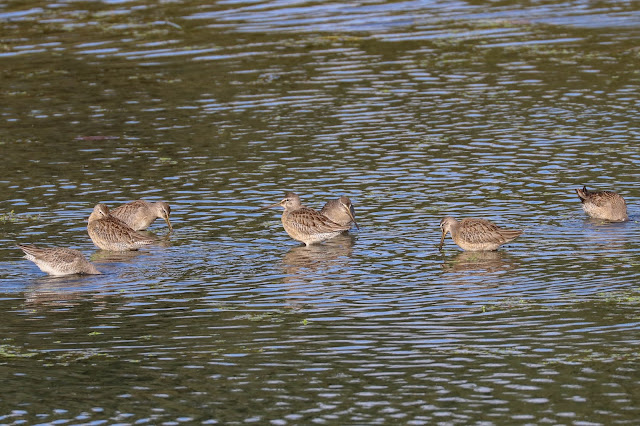 They are not just Long-billed Dowitchers.  They are GAME CHANGERS.  Long-billed Dowitcher was my 193rd 5MR bird for our Lincoln City house which tied my 5MR back in Vancouver.  (I'm extremely fortunate to have two homes and two 5MRs). This happened a few weeks ago at the lovely LC sewage ponds and I thought the tie would stick for a bit.

Last week Chris Hinkle found a White-tailed Kite in the northern part of my 5MR and despite arriving 15 minutes later I never saw it.  My intense scanning of the fields was rewarded though with a county/5MR Short-eared Owl! I was able to get a couple other birders on it too which is always nice. 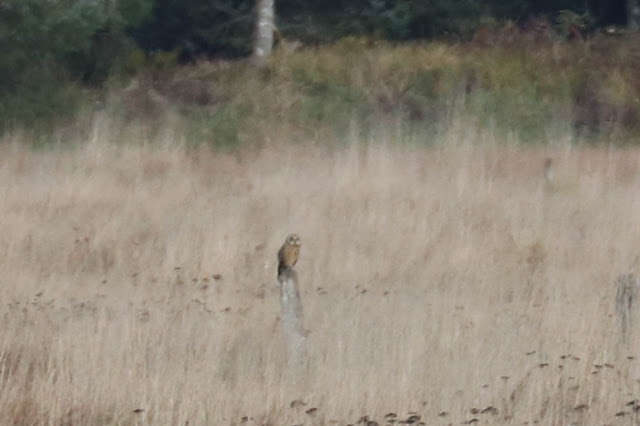 This put my Lincoln City 5MR in the lead with 194 species but that didn't last either.  Last weekend Jacob and I went up to the clearcuts and we found several Red-breasted Sapsuckers, another county/5MR bird. 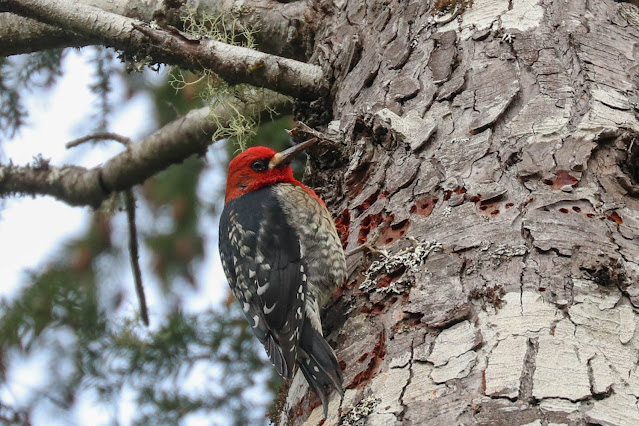 195!  Even better, on the hike back down a couple of Western Meadowlarks briefly landed on some logs and became 5MR bird #196. 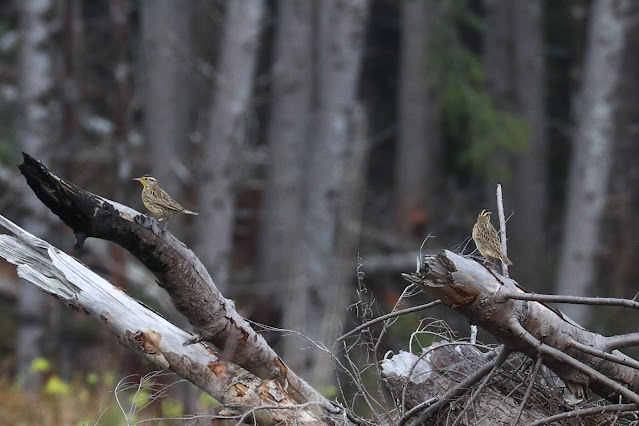 I don't think my Vancouver 5MR will ever recover but that's to be expected.

Here is some more fun stuff from my Lincoln City 5MR over the last month or so. 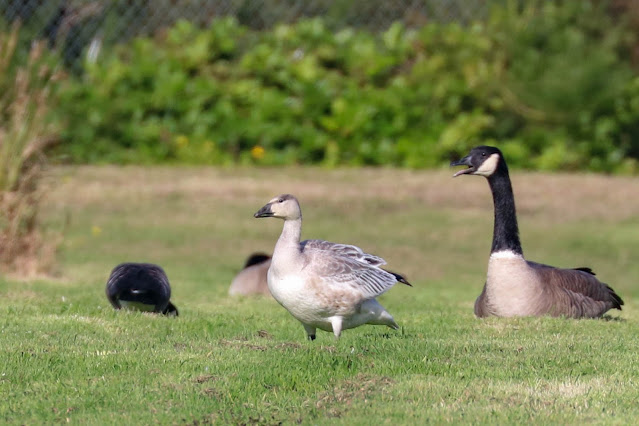 Snow Goose at the sewage ponds 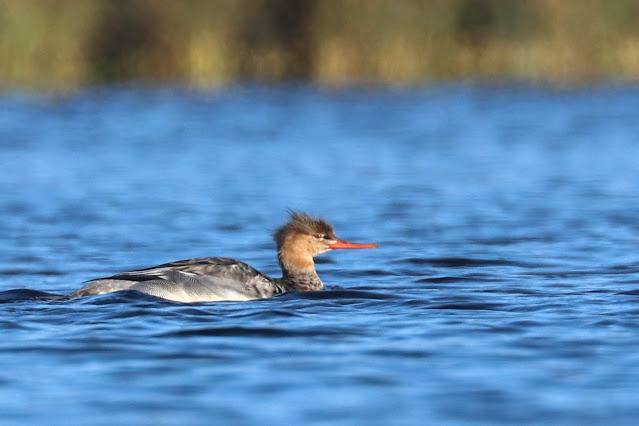 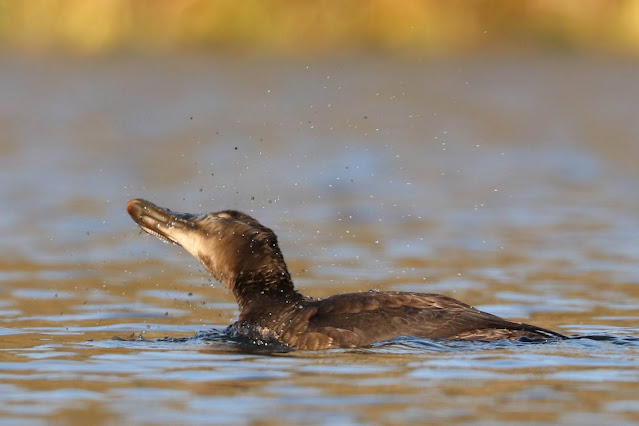 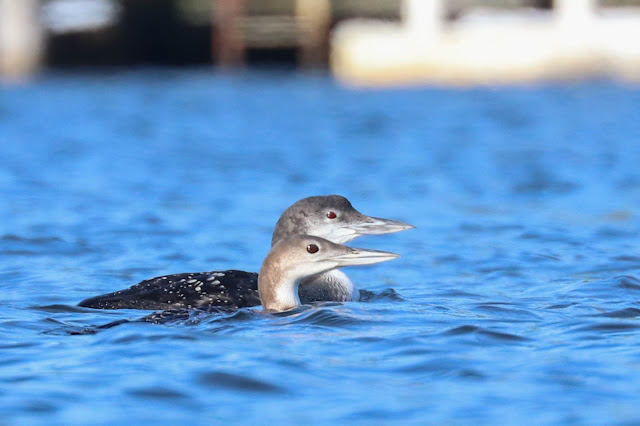 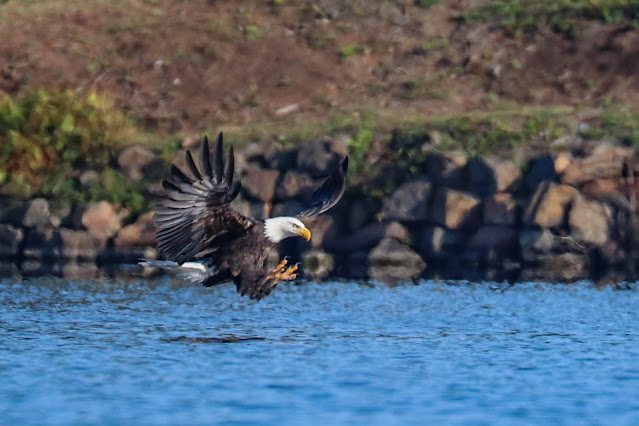 Bald Eagle right before it snagged a fish in Devils Lake 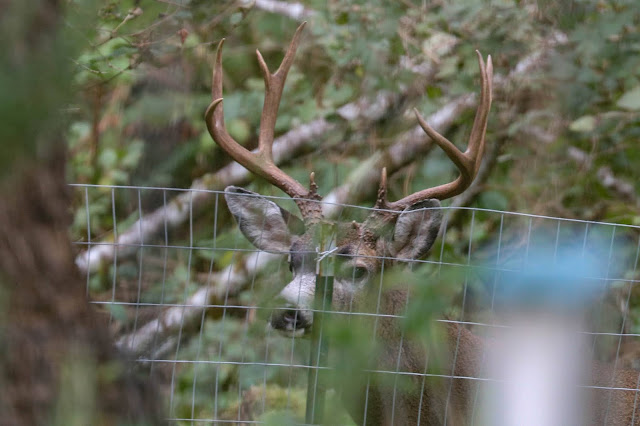 Big old buck behind our house 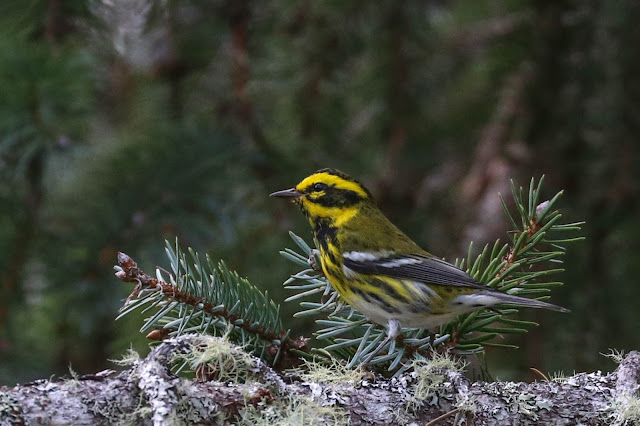 Townsend's Warbler in the yard 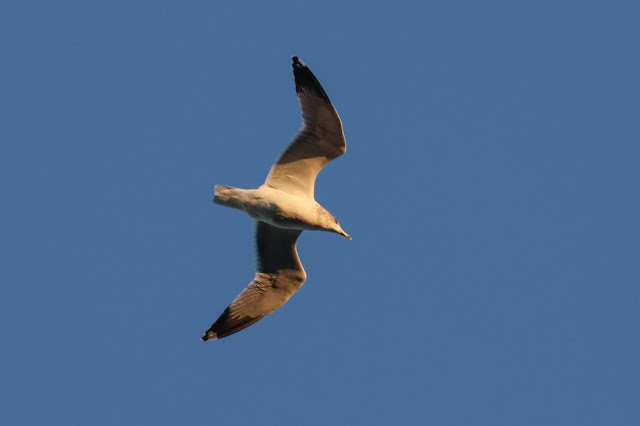 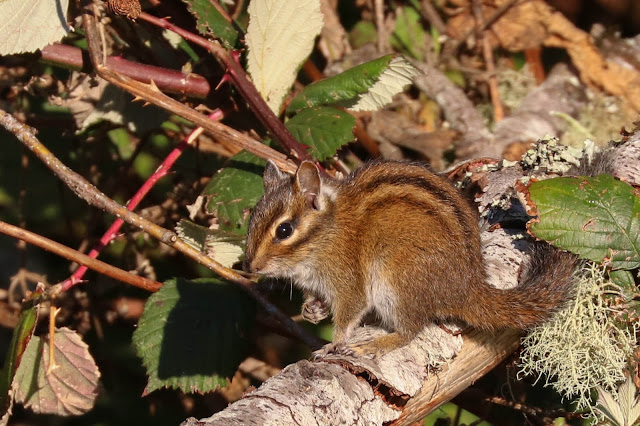 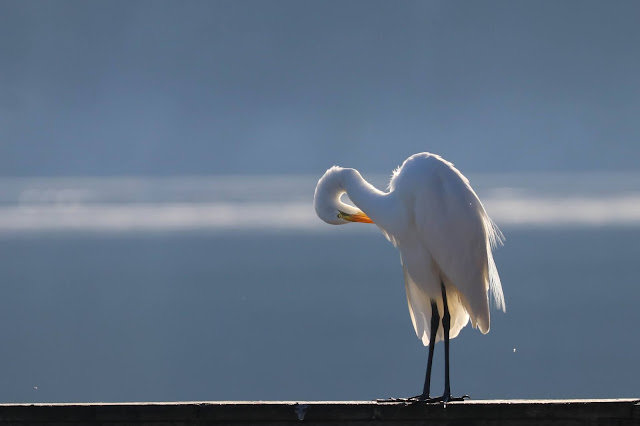 Great Egret begging to be crushed at Holmes Road Park 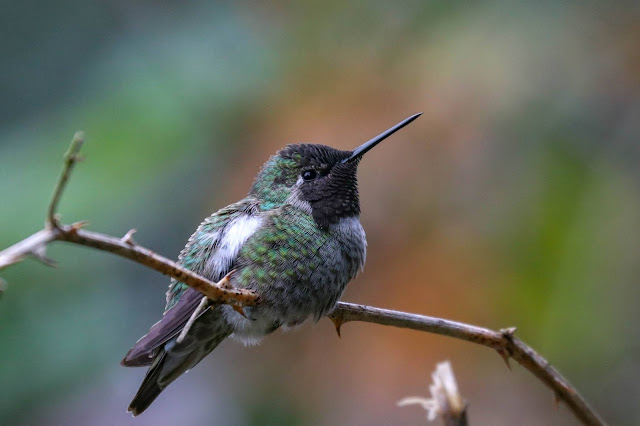 Anna's Hummingbird defending its domain in the yard 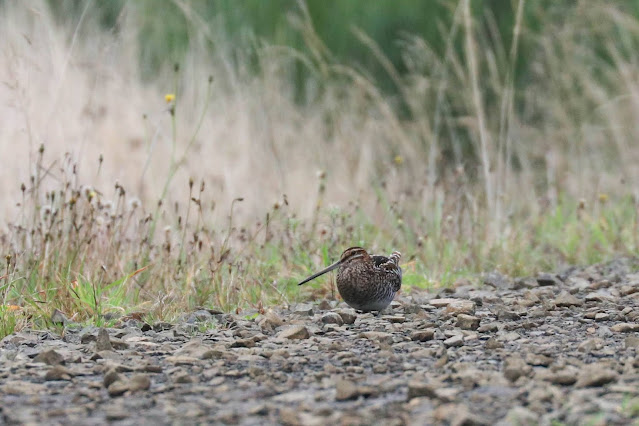 Wilson's Snipe hanging out in a clearcut 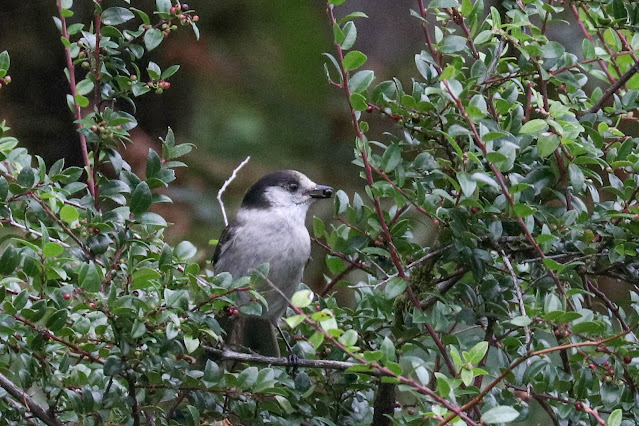 Side note: these Canada Jays were mostly foraging for mushrooms.  I had never seen this before.  They would swoop down like they were grabbing a rodent and come up with a whole freaking mushroom in their bill. Here is one shredding one: 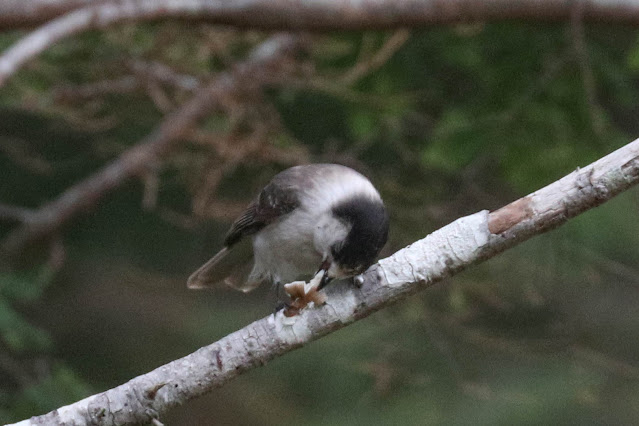 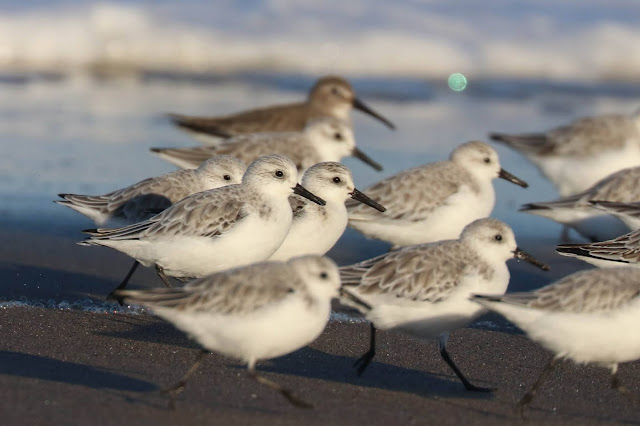 Sanderlings and Dunlin at the 15th Street beach access 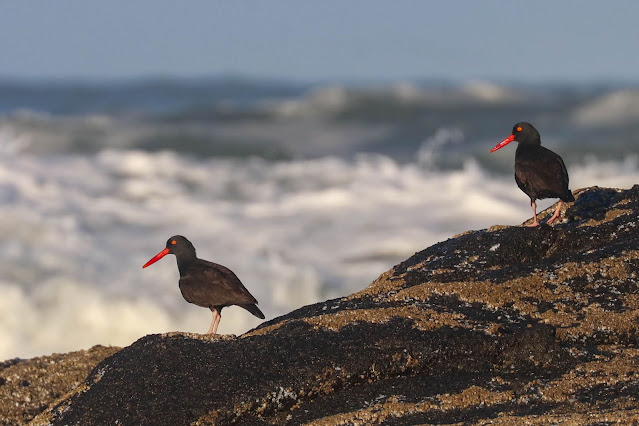 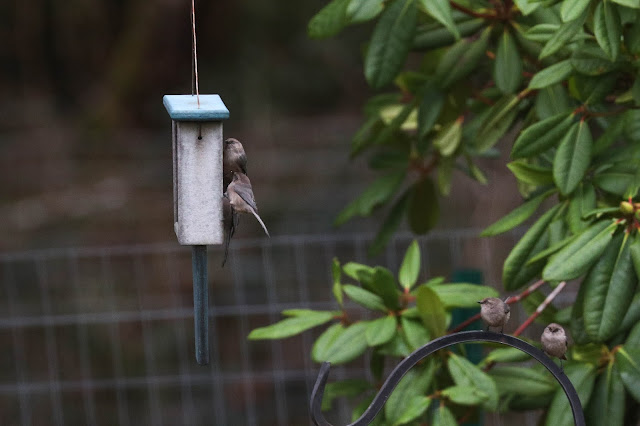 Bushtits on our suet for the first time ever in LC!

Lastly, it's back to the wet weather for now.  Not so great for birding (usually) but great for grabbing rodents. 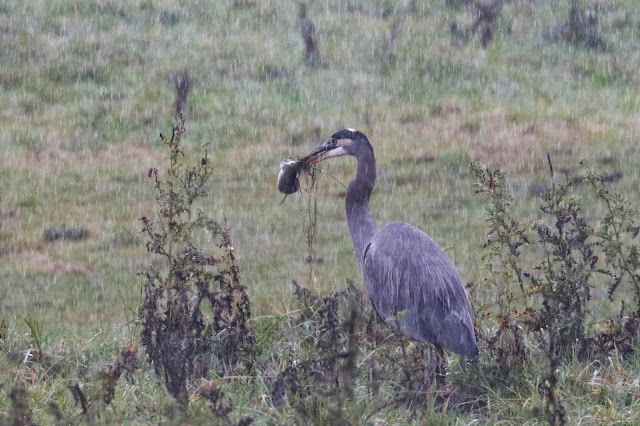 If only one good thing came from the 2016 election it was the birthing of the 5MR.  Four years later and it's still fun!  Good times and CHEERS TO GETTING THAT FUCKER OUT OF THE WHITE HOUSE.