The opening act of spring.

It's here. It's happening. The first few weeks of spring had their unfavorable side (rats eating my car's wiring, my camera discovering a new error code) but also birds are coming back! Not to mention wildflowers are blooming, there are insects to look at, and camping trips are being planned. Why does everything have to happen all at the same time? 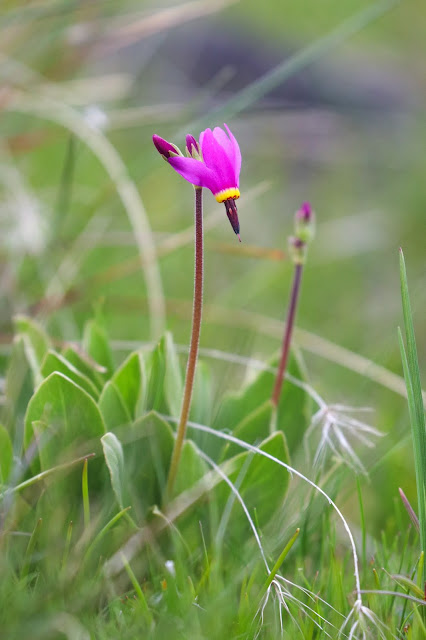 At the end of March I was out birding the Salmon River Estuary area and had already visited three of the four main hotspots.  The last one I was going to skip because it's the least productive but then thought, no, no one else really birds this area so I should go do a quick scope. And that's how I found my county Say's Phoebe (and 5MR bird #197!) 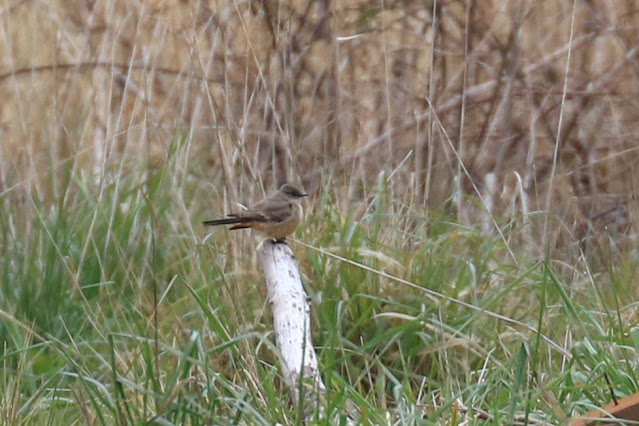 A few other birders were able to refind it later that day including my friends Sarah and Max, so that was cool. It was even there a couple days later and Jacob was able to see it.

Around that time Rufous Hummingbird numbers in the Lincoln City yard were getting ridiculous and we actually bought a larger hummingbird feeder to accommodate them. 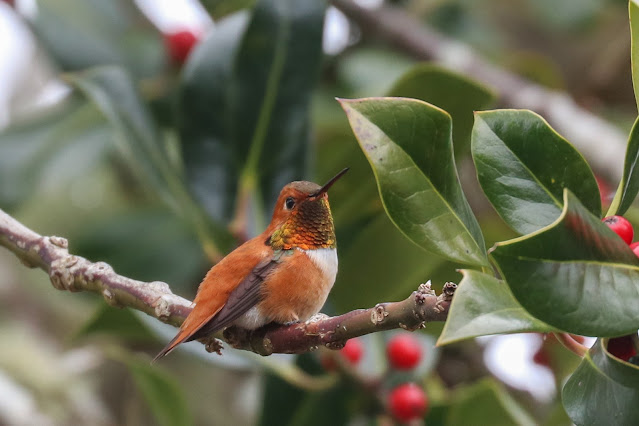 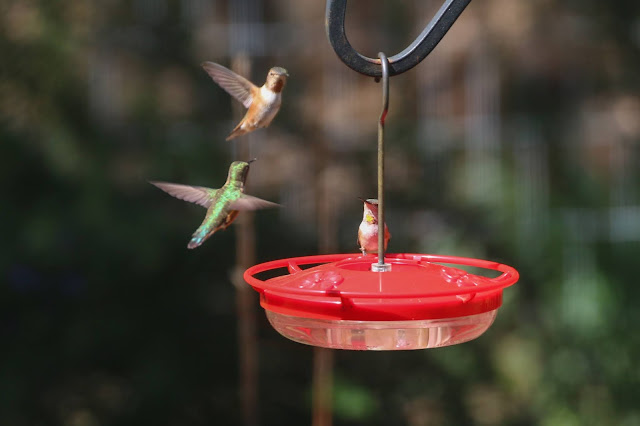 Yard activity has been increasing, especially at the water feature as we are having one of the driest Aprils ever. 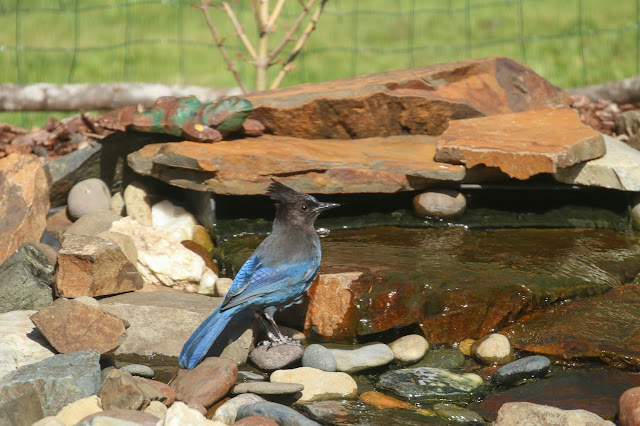 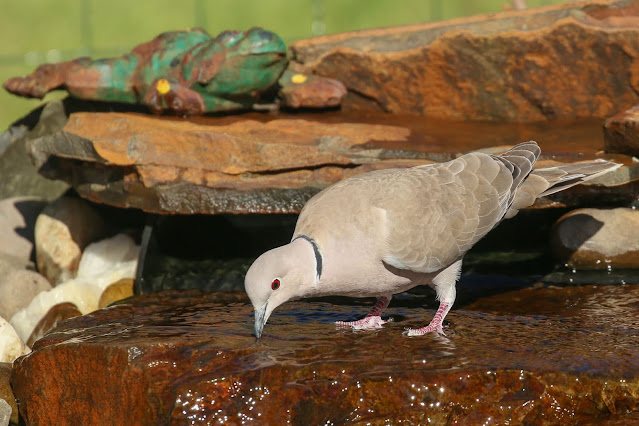 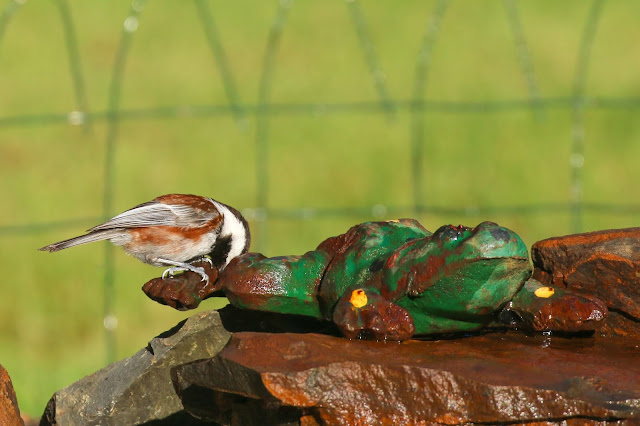 The Band-tailed Pigeons have returned to the yard, cramming up to four on our little seed feeder. 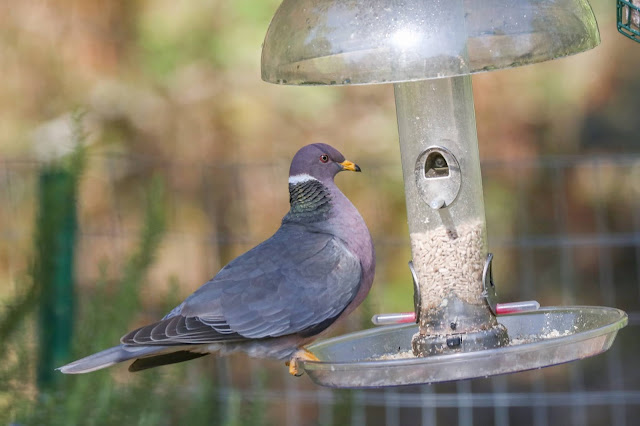 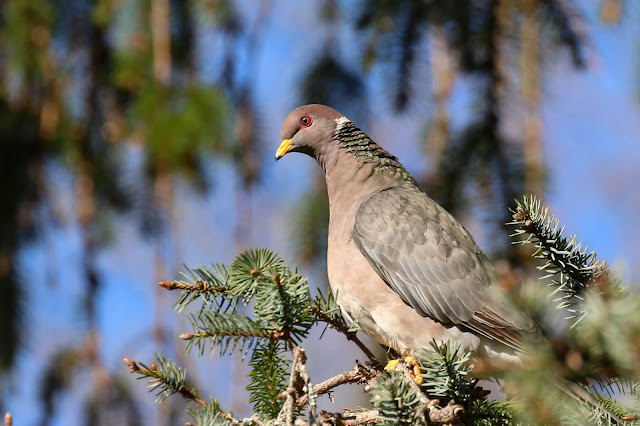 This weekend I had an amazing three day streak of new yard birds. It started when I was watering the garden one morning and kept hearing a Lesser Goldfinch sound but refused to believe it. LEGO's are not very common in Lincoln County and most reports are further south.  But then I sat down and looked at the bird calling and it was indeed my county Lesser Goldfinch! 5MR bird #198! 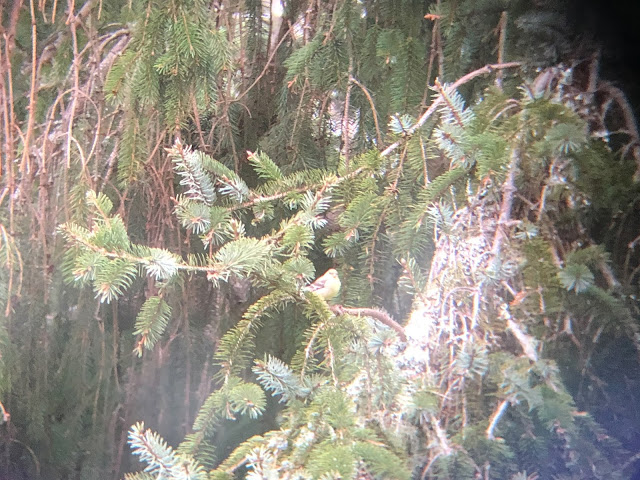 The next day I had a calling Greater Yellowlegs fly over and a pair of Peregrine Falcons soaring the following day. The Lincoln City yard is now 15 species ahead of the Vancouver yard.

Yesterday morning Jacob and I hiked up one of the logging roads in the clearcuts near us. It was ridiculously windy so not ideal birding conditions but we tried. A couple of Wrentits gave us decent looks. 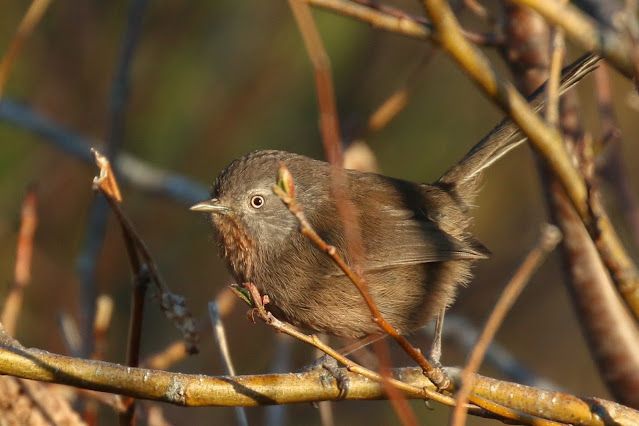 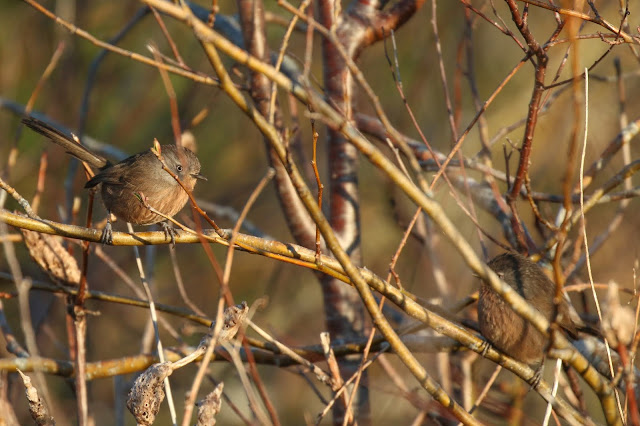 Sometimes we hike all the way to the end of the road, sometimes we turn around early. Jacob agreed to walk to one of the dead ends and chose the more uphill one which is super steep. As we were climbing a bird flew in: our county Townsend's Solitaire! 5MR bird #199!! 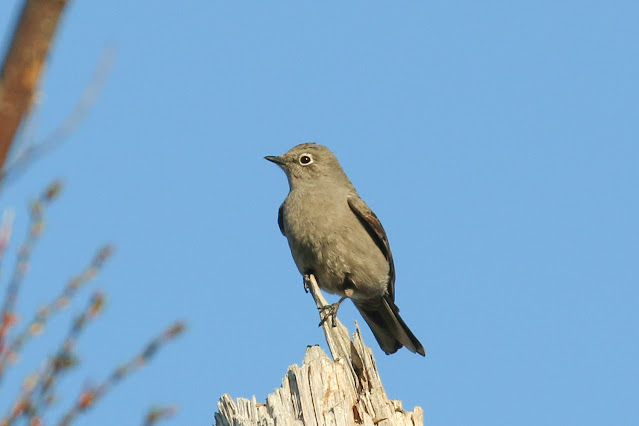 So glad we kept going! On our hike back down the wind continued to be ridiculous and we didn't see many birds, only a small herd of elk. 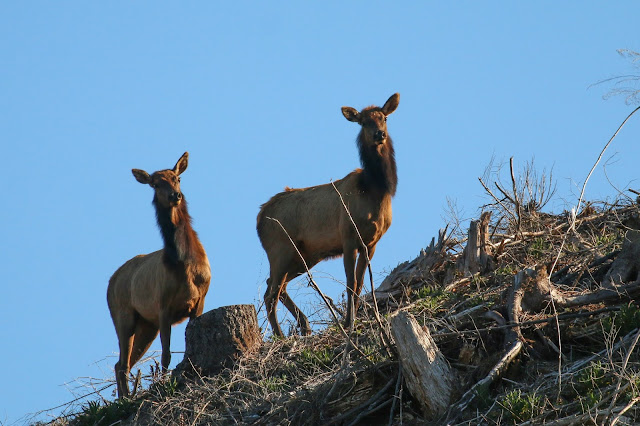 The Lincoln City sewage ponds picked up this week with a bunch of new shorebirds. Jacob and I went out there yesterday after lunch and had a Lesser Yellowlegs, many Greater Yellowlegs, Dunlin, dowitchers, Least Sandpipers, snipe, and Killdeer. 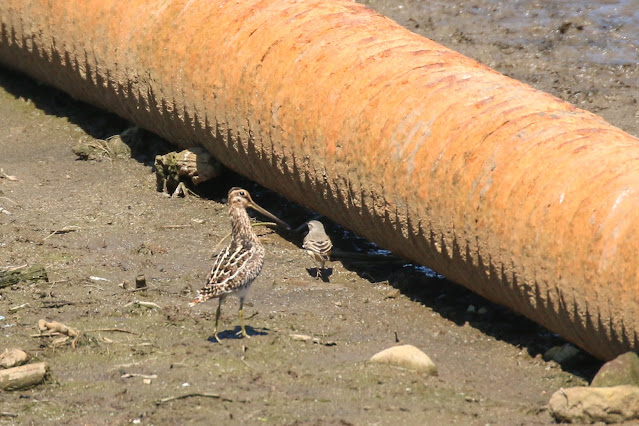 Two of the Dunlin were weirdly lounging in the water and almost looked like they were sinking into the sewage. Then two more Dunlin flew in and soon they popped back out and started acting normal. 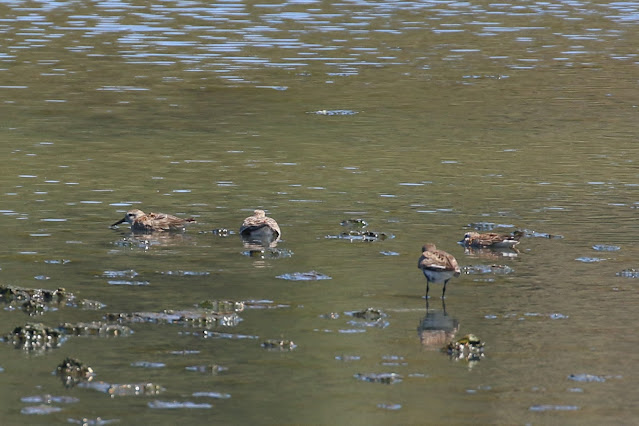 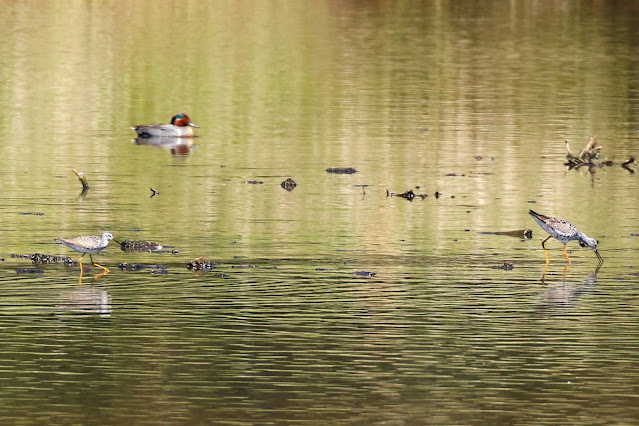 Lastly a pair of Black Phoebes have been hanging out together on a little dock thing over one of the ponds and yesterday noticed one flying underneath it several times.  Possible nesting location? 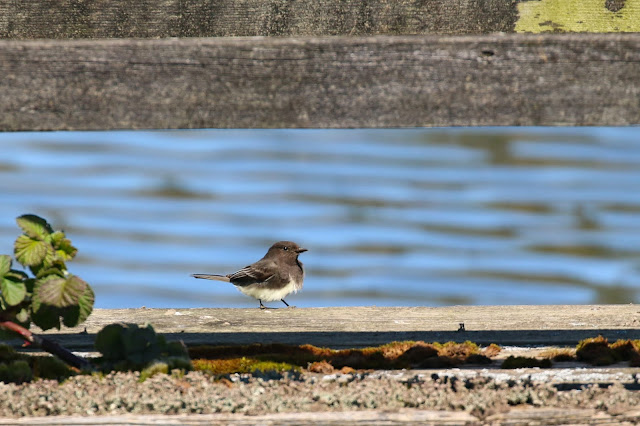 That's about it for spring so far. Tomorrow I get my first of two arm stabs and I'm looking forward to being a bit more confident while out in public. Good times!