I woke up early yesterday to head to the beach before sunrise.. It was an absolutely beautiful day on the coast and was actually warm enough to take off some layers!

My first stop was at the D River Recreation Site in Lincoln City.. 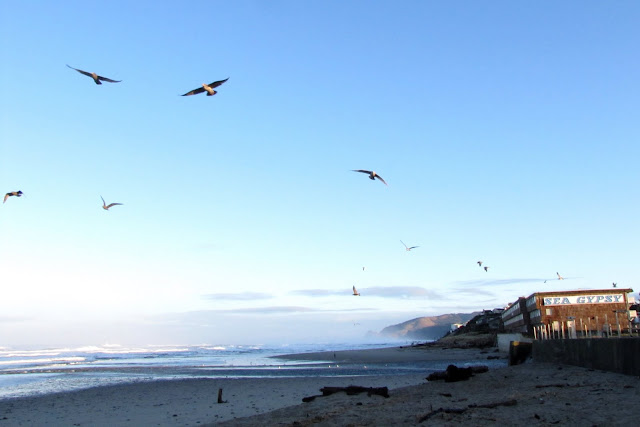 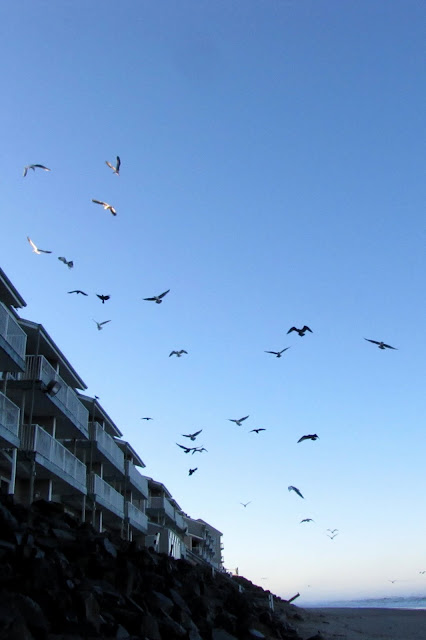 Someone on the top floor of this hotel was throwing food to the gulls and they were going nuts... 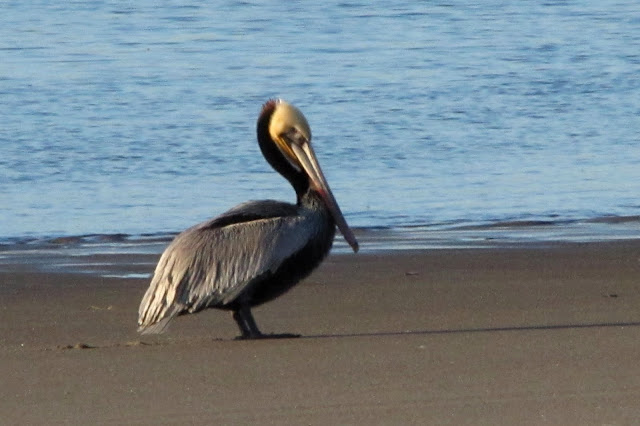 There were two Brown Pelicans on the beach... One was not looking so good... 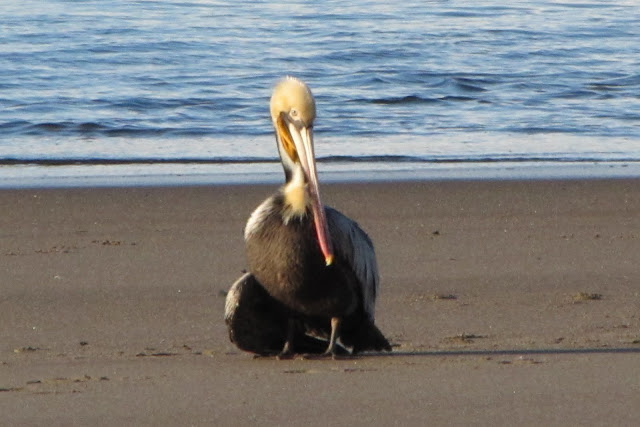 Across the bay on Salishman Spit were at least a hundred Harbor Seals!  Jake did not even seem to notice them... This was a relief after the Sea Lions last weekend. 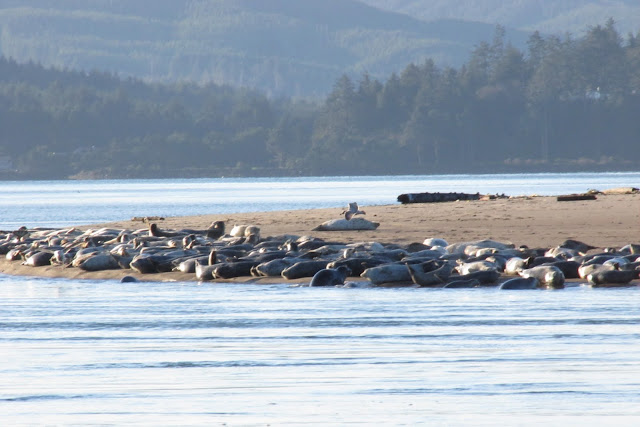 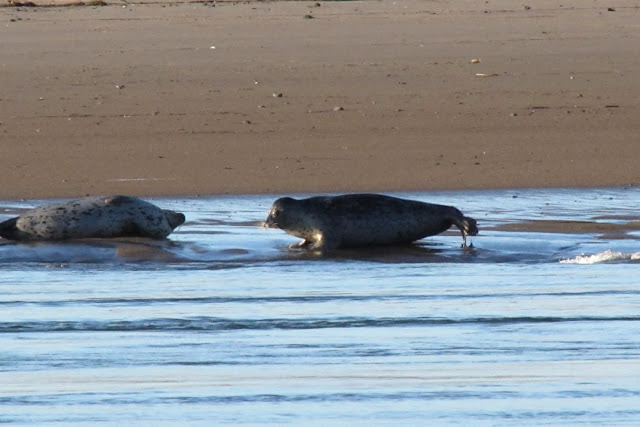 Behind us someone's dog startled the non-injured pelican and he took off over the waves into the Pacific. 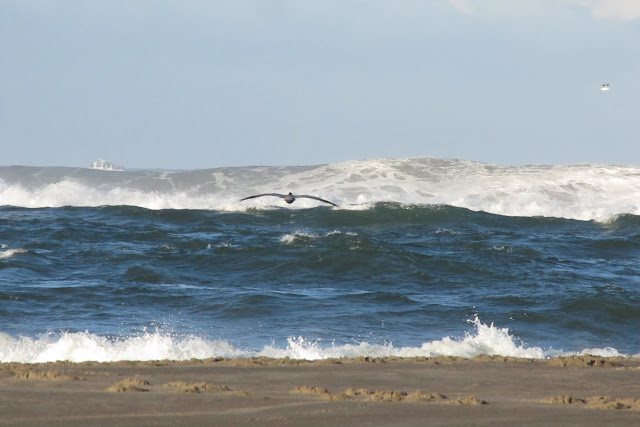 Lucky for me, the magical squeaky tennis ball keeps Jake from chasing off birds. 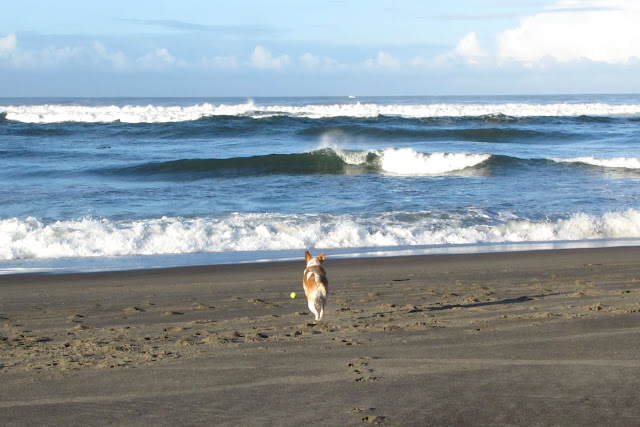 A little dock area gave a nice view of Siletz Bay meeting the Pacific Ocean..  Note the seals to the left and the pelican to the right.. 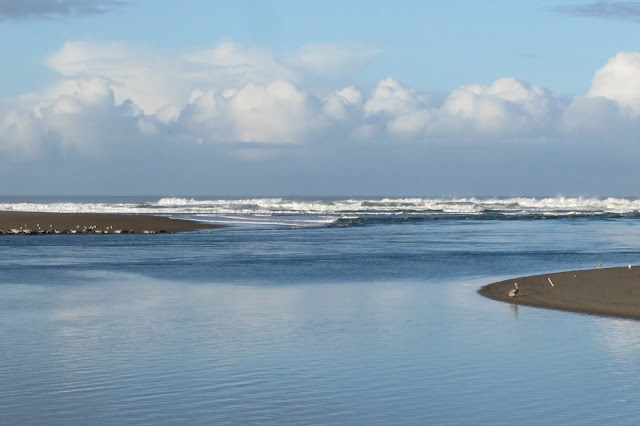 What a beautiful little park! 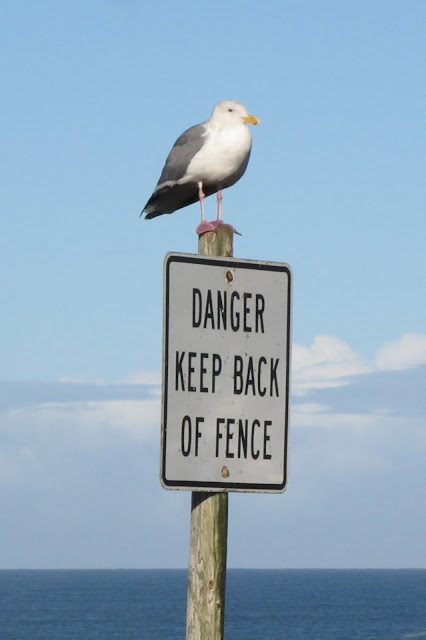 A little follow-up to my picture last week of the hawk on the refuge sign... 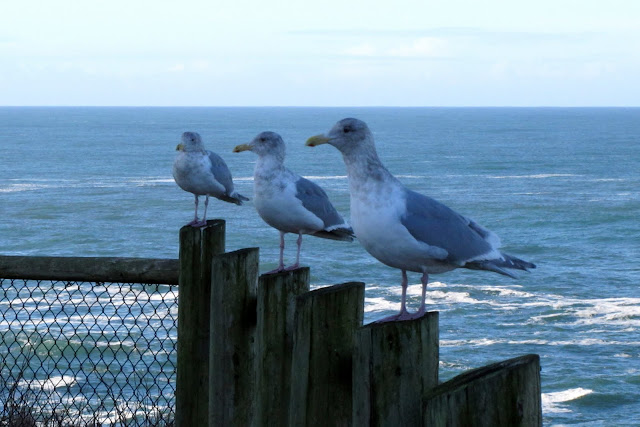 This is probably a common photo folks take here... Too bad these posts are in the shadows. 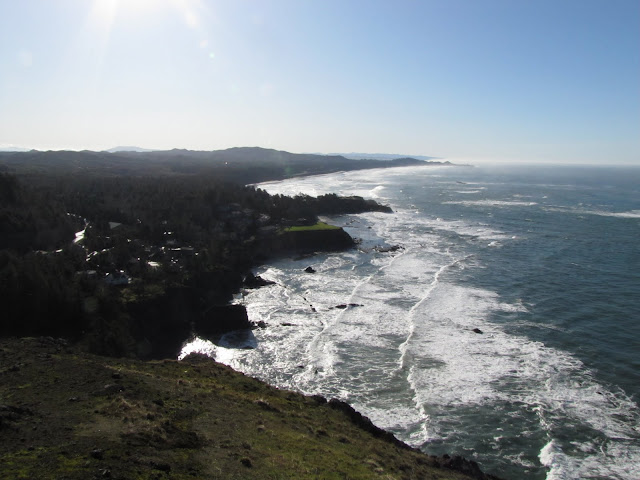 Next we stopped briefly at the Cape Foulweather scenic viewpoint.  You can see Yaquina Head and Lighthouse in the distance, and Devil's Punch Bowl just a bit closer.

At Devil's Punch Bowl State Natural Area were more stunning views of the ocean... and a Peregrine Falcon. 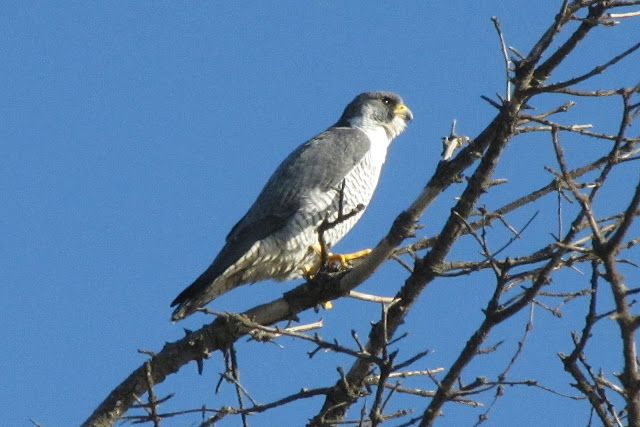 I just love when they look right at ya... 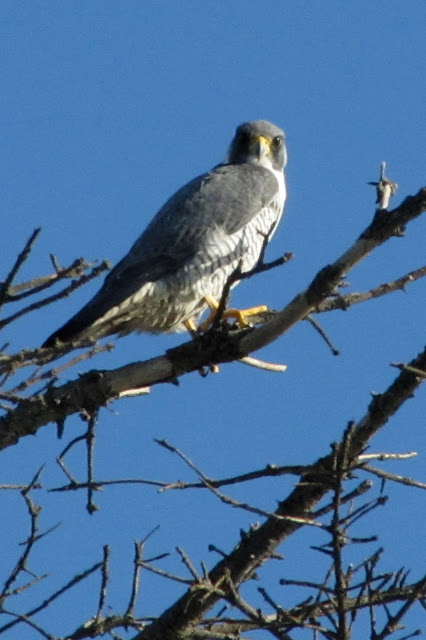 On my way back to the car a Great Blue Heron flew by and landed on one of the rocky ledges surrounding the "punch bowl." 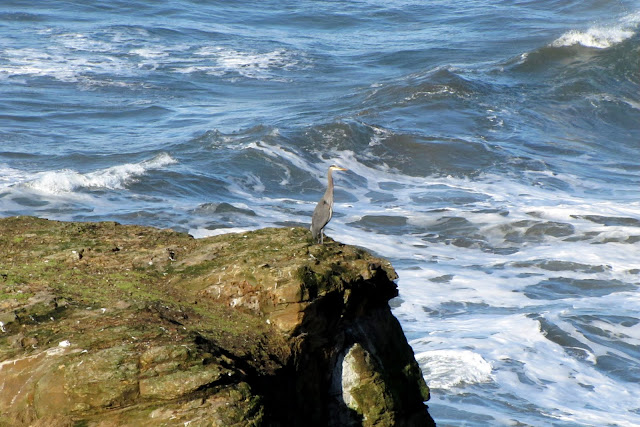 This was not the kind of bird I would expect to perch in that spot, but boy did he look pretty doing it... 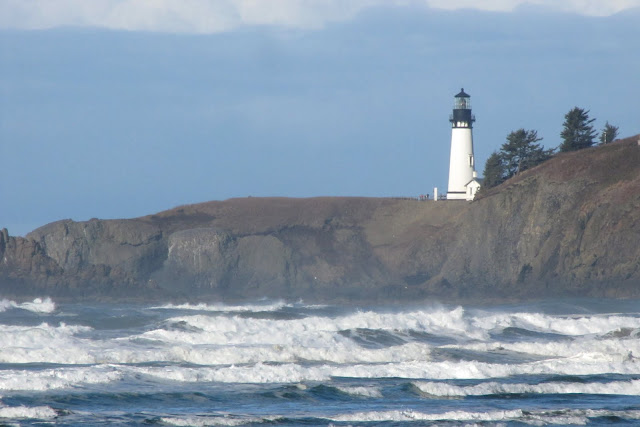 I had to skip Yaquina Bay State Park even though I really wanted to check out the lighthouse... The entry fee was $7.00 cash only, and I only had five on me.. I thought about returning if I had time to find an ATM but never did. 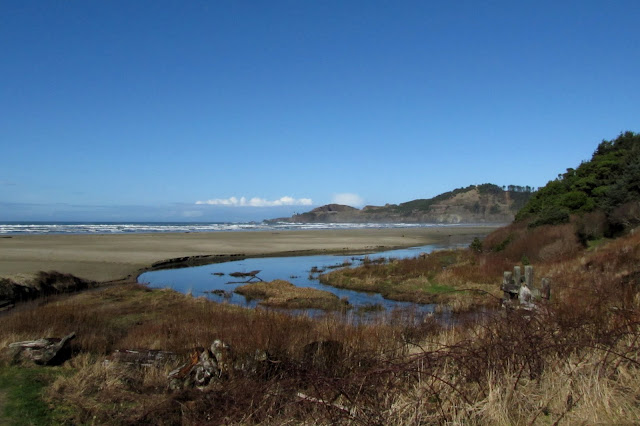 I stopped in Newport for a walk along the waterfront area.. Since I could hear sea lions before I even got out of the car, I decided to leave Jake behind for a nap. 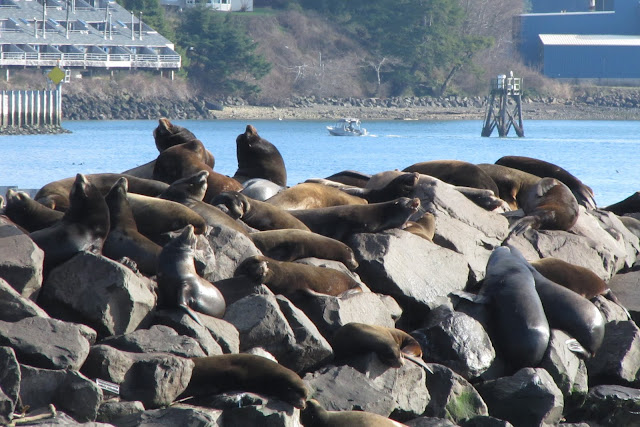 They seemed to be as excited for the sunny day as I was.. 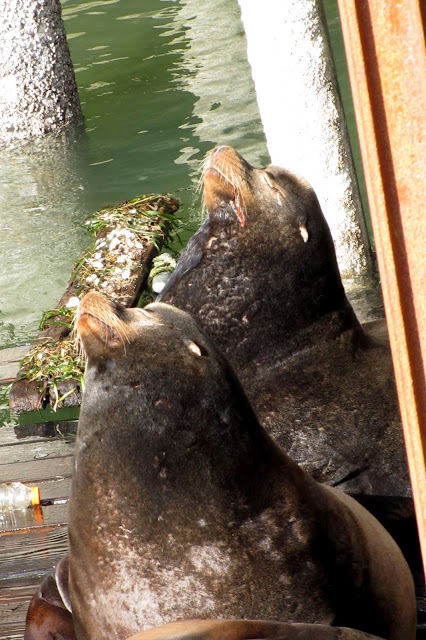 After Newport I drove over the Yaquina Bay Bridge to check out the South Beach trail to the South Jetty.. We ended up getting lost after the trail we were on became a pond.  By the time we got the South Jetty I was starving and annoyed that we could have just driven there, so we turned around and walked back to the car.  I knew I should have stopped for lunch before taking an hour-long hike...
Overall it was a great trip..  I have to mention that I took some recommendations from this Oregon Coast birding website.. Check it out if you ever need some suggestions!
Email Post
Labels: Brown Pelican Great Blue Heron Gull Harbor Seal Peregrine Falcon Sea Lion