on January 08, 2010
I decided to take my new camera up to Ridgefield yesterday morning to try it out.  I've been super sick and it seemed like the least exhausting trip I could take.

It was a beautiful chilly morning up there.  Lots of Red-winged Blackbirds were out. 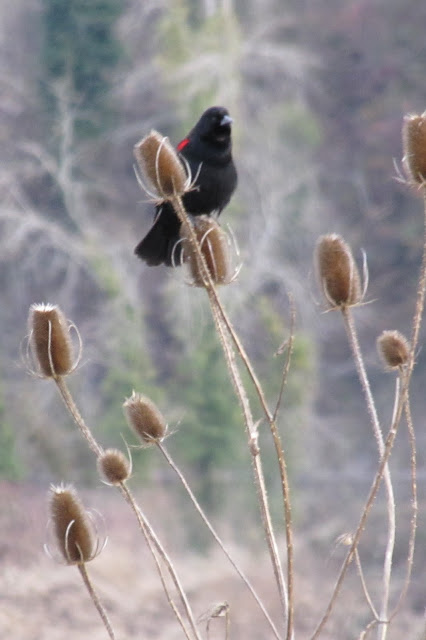 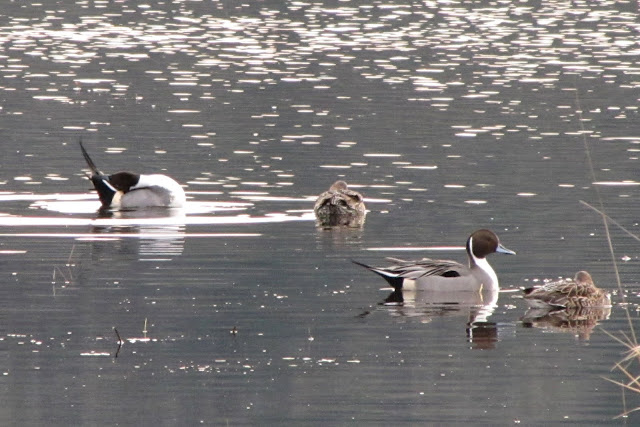 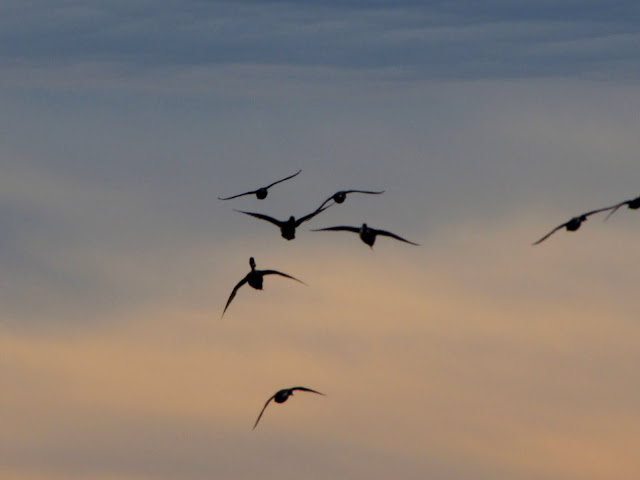 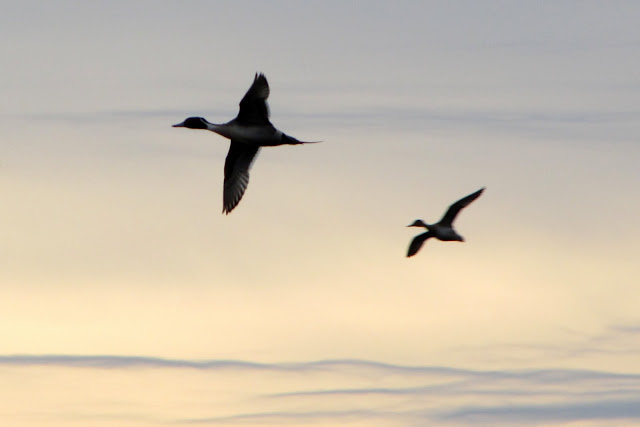 They look great against the morning sky..


And then there was this Bald Eagle... 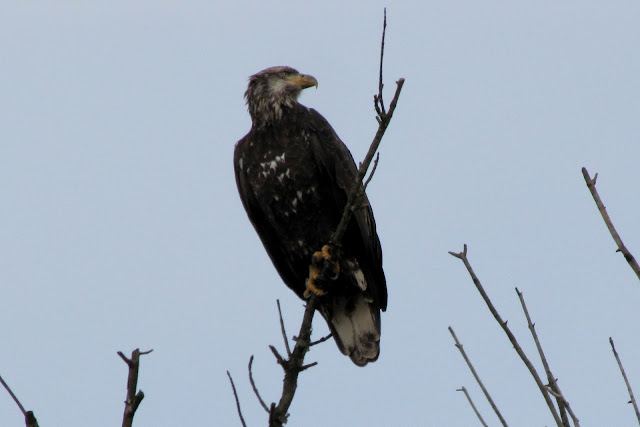 I swear Bald Eagles like to mess with me.  This guy posed for a car in front of me, then continued to pose for me, and as soon as I started driving slowly up the road he swooped down next to my window and then back up into a tree.  Luckily the tree was next to the one path that is open this time of year.  So I parked and followed him. 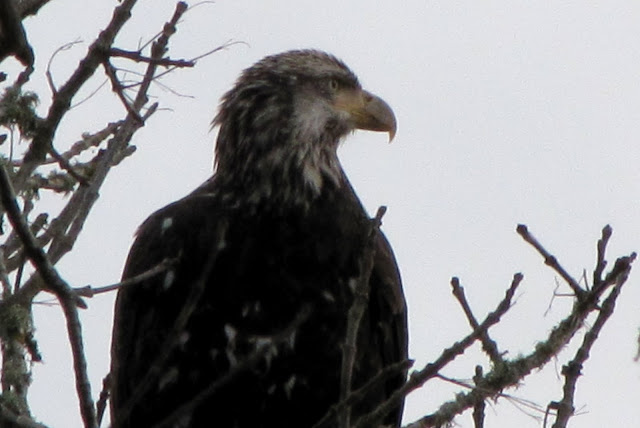 I walked up the path to the bird blind and about 20 seconds later the eagle began swooping down into the water in front of me... It was like he waited till I was ready. 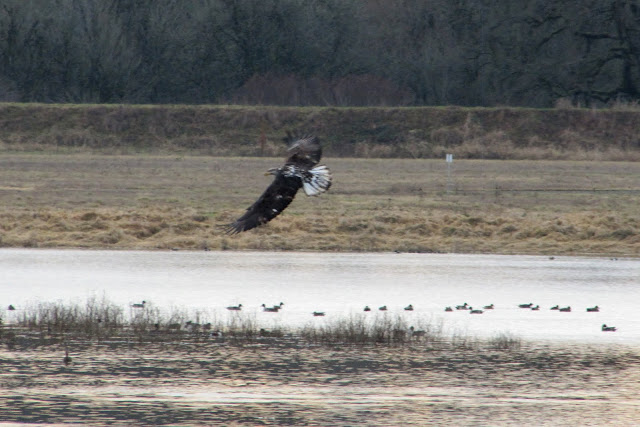 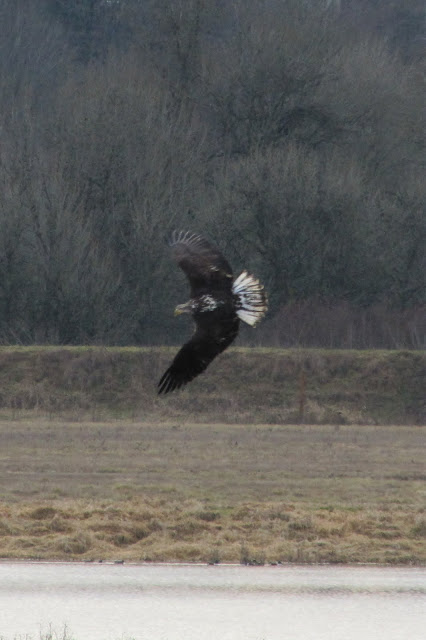 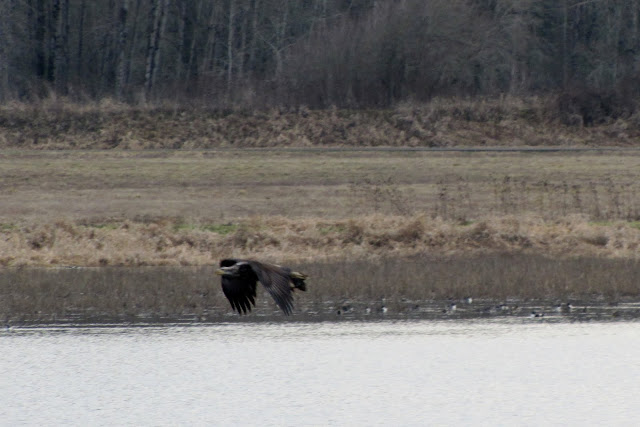 Wish the pictures were a bit clearer, but he was great fun to watch regardless... 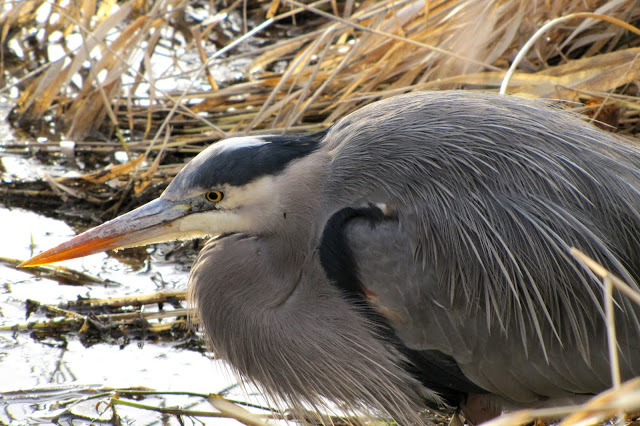 This heron and I surprised each other.. 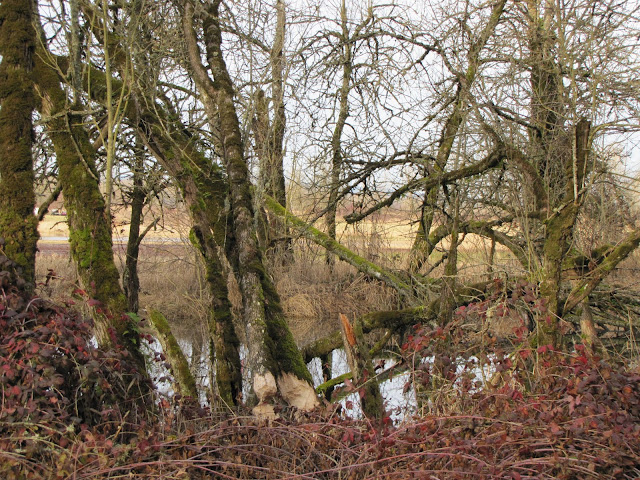 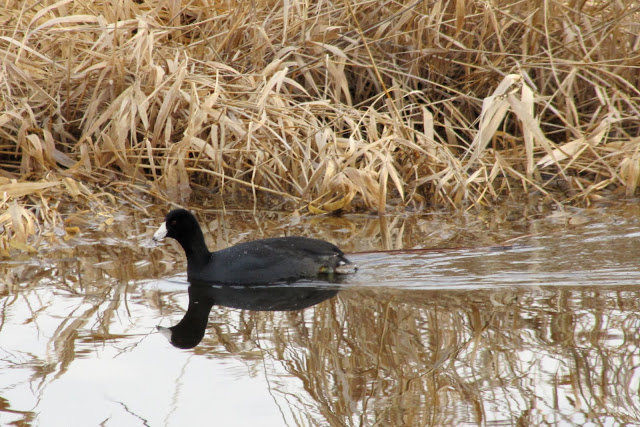 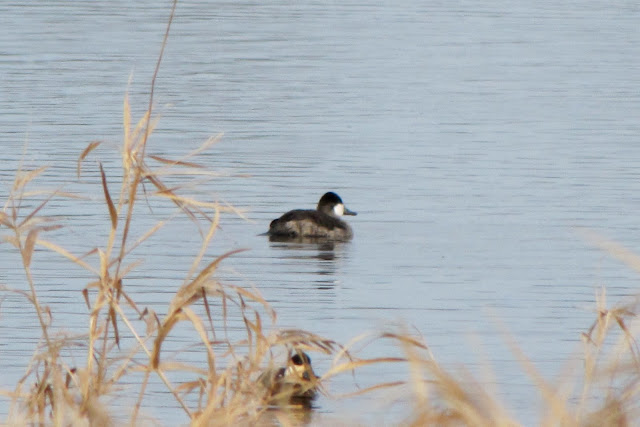 I believe these are Ruddy Ducks. 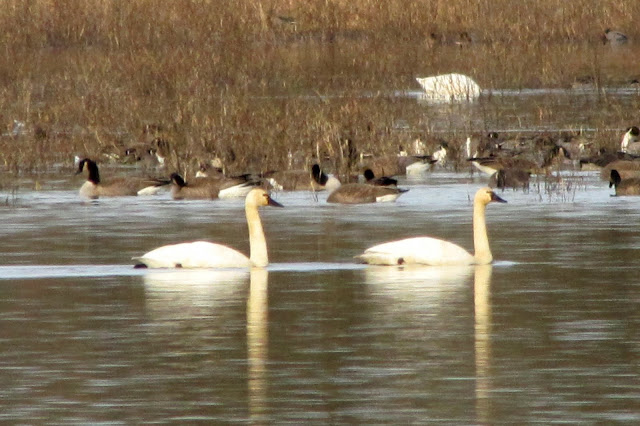 A pair of Tundra Swans with some Canada Geese behind them. 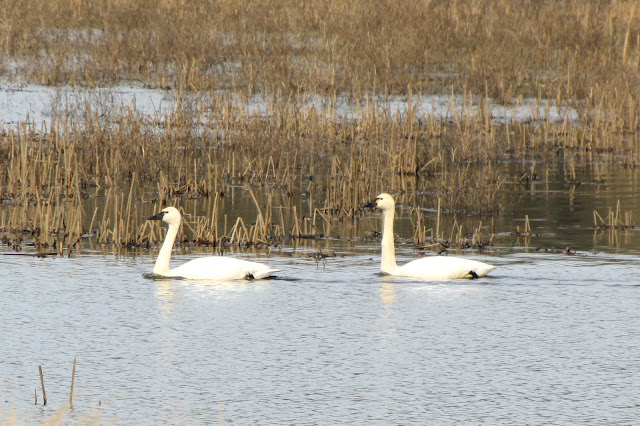 Another pair of Tundra Swans. 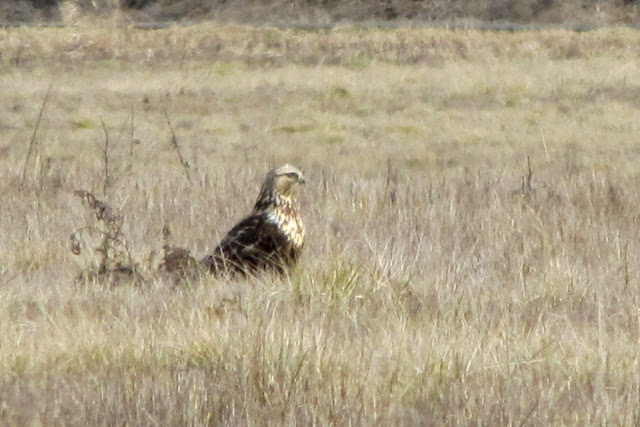 
This picture is a bit blurry but makes me laugh: 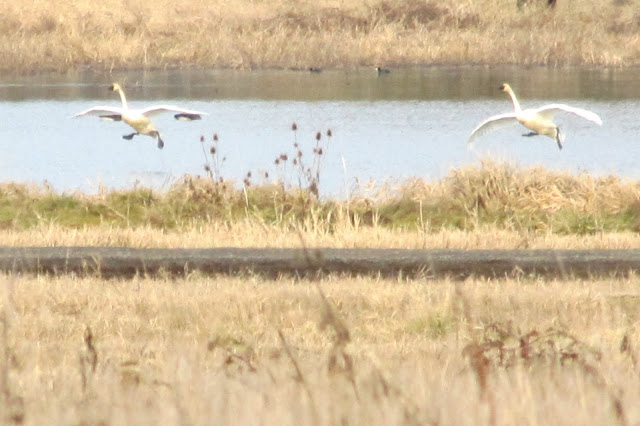 They don't look so graceful when landing... 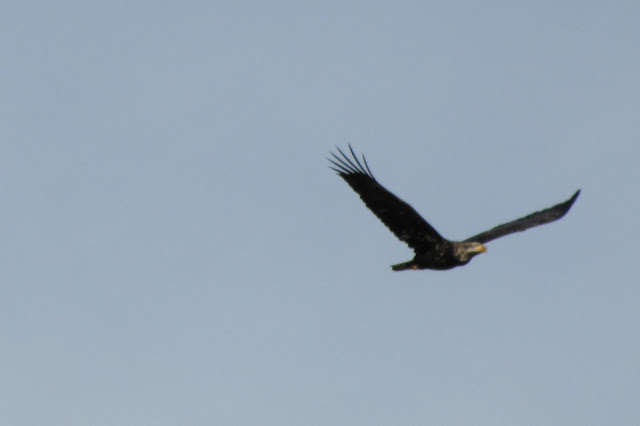 Ok and here is further proof that this eagle wanted to be my friend... He came to say good-bye when I was getting close to the end of the road.. 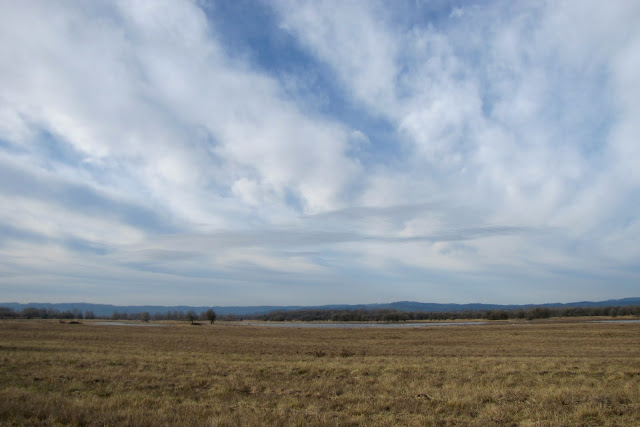