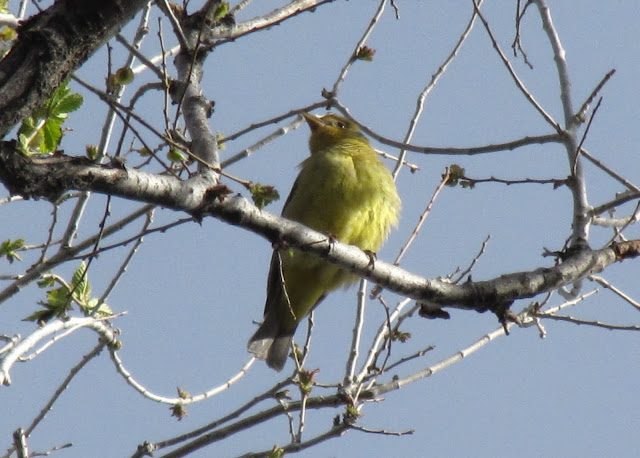 I got lots of bad pictures of warblers up in the trees at headquarters... Don't ask me what they all are.. 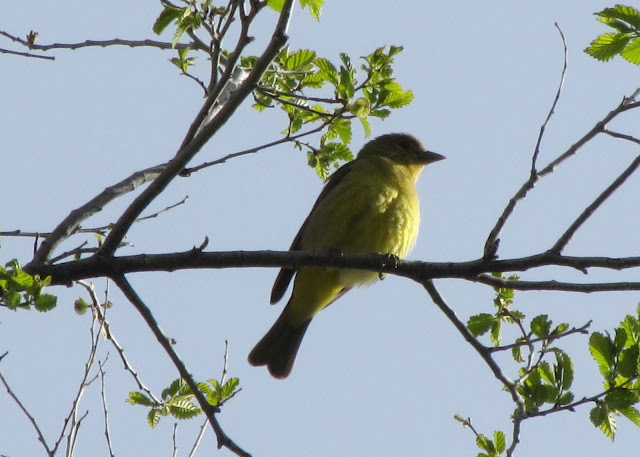 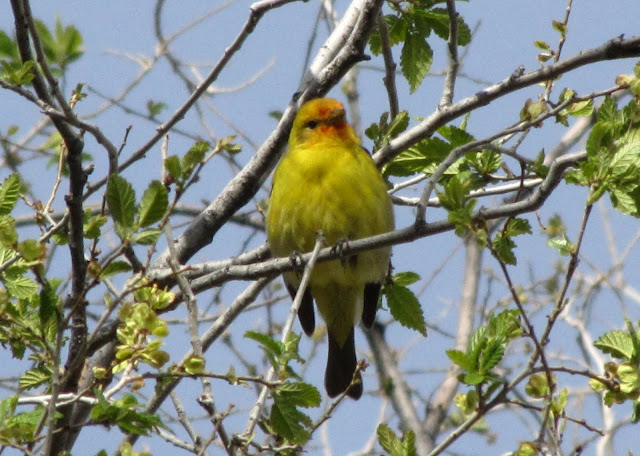 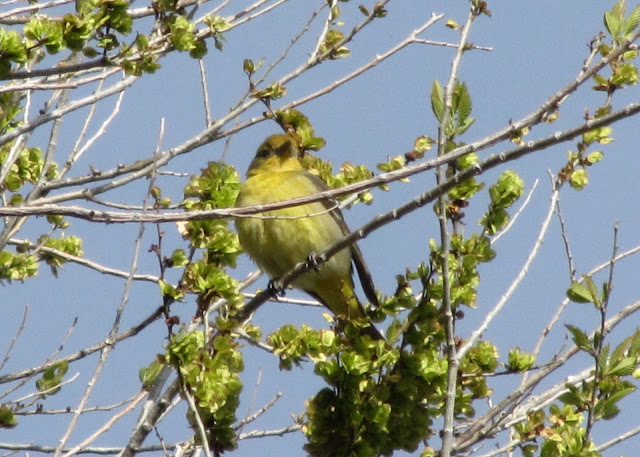 I had been seeing Black-billed Magpies since John Day, but this was the first good photo I got of one... I love how they look when they're flying.. 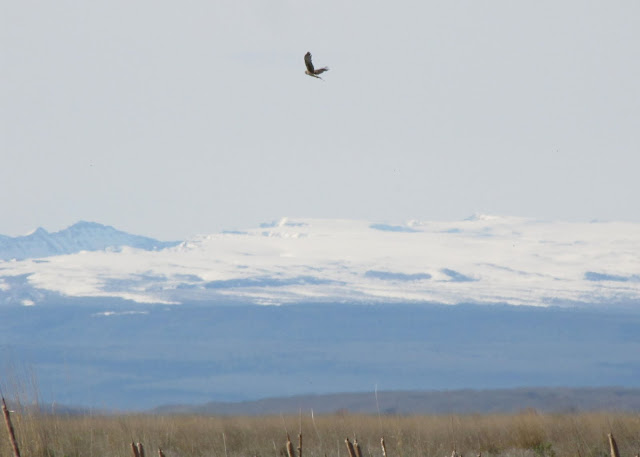 It was a beautiful morning... 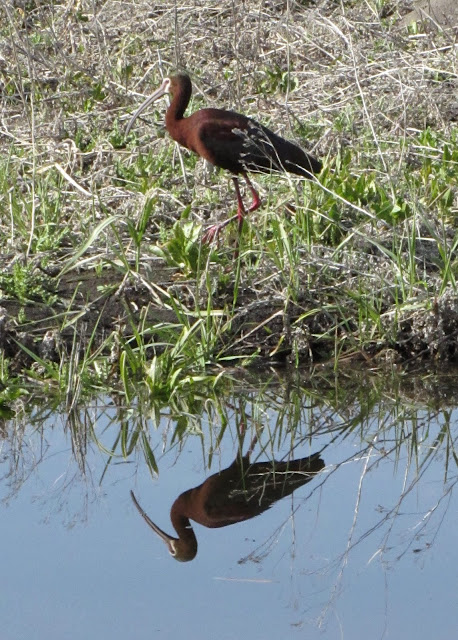 The ibises never got old...

Lots of Black Terns were flying over this pond.. 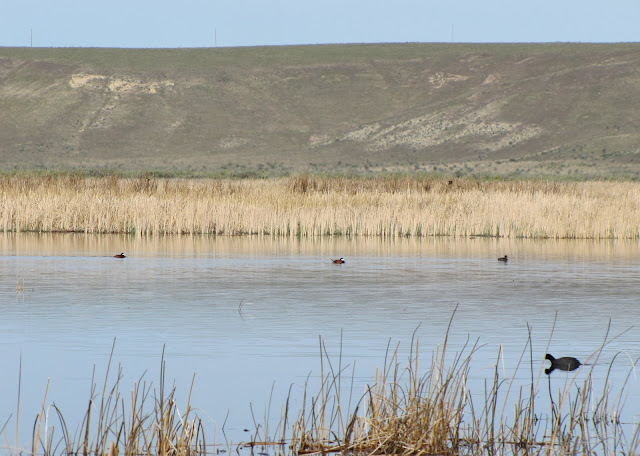 Ruddy Ducks and a coot. 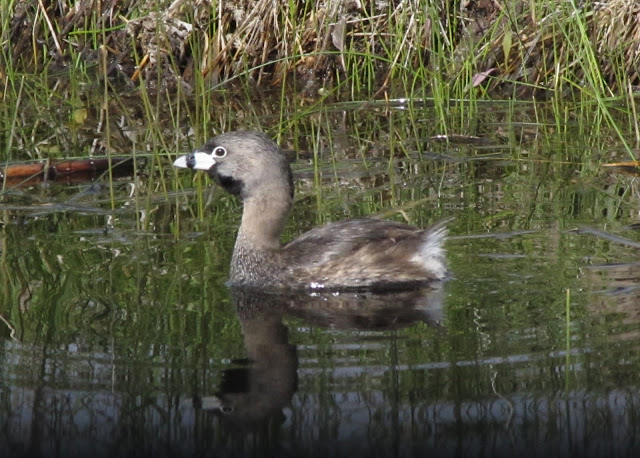 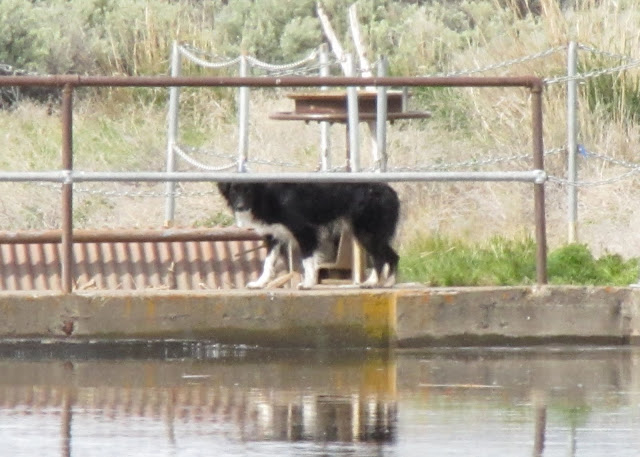 I assume this is an off-duty herding dog taking a stroll by the water.  Hopefully he's okay and not lost. 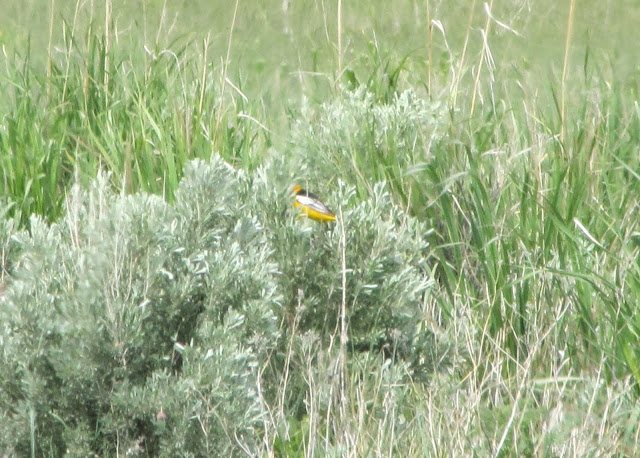 This bright yellow bird flitted from bush to bush and disappeared.  I wish its head had not been stuck in the sage for this photo...

Near the Buena Vista Ponds is this building housing tons of swallows.. 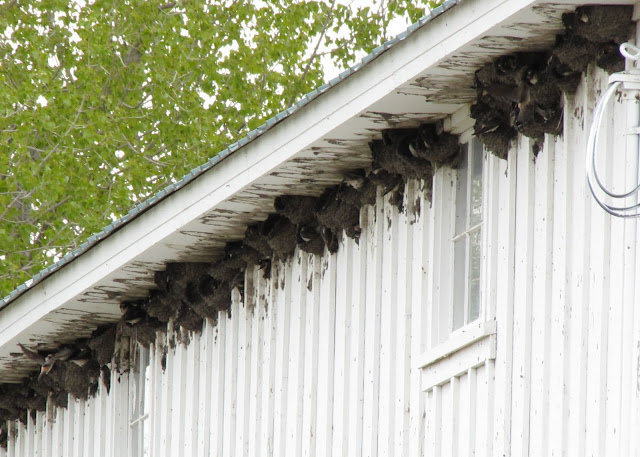 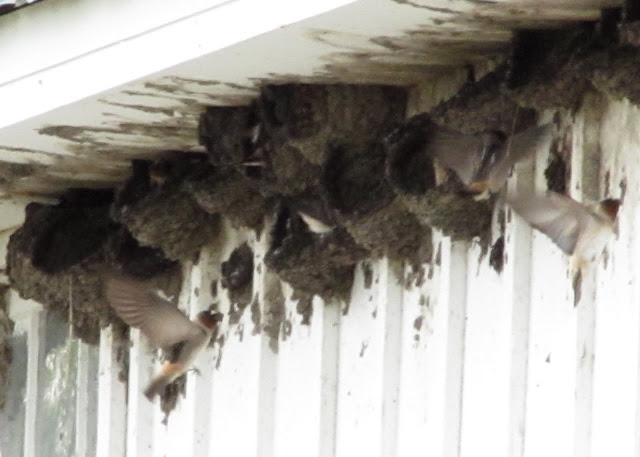 I drove back down the road towards Benson Pond and looked down to discover this giant beetle in my cup holder... Eek! 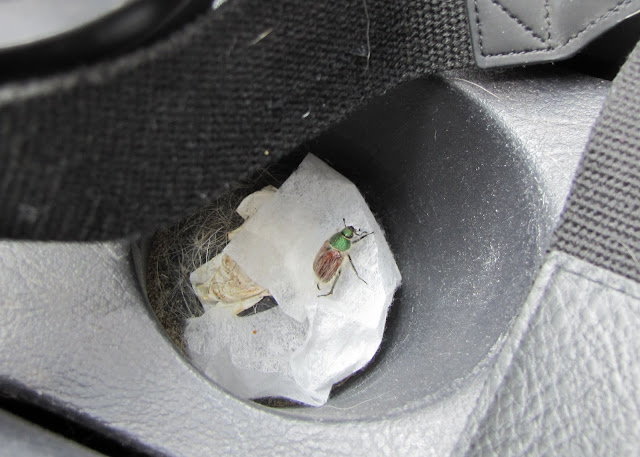 Is it a Japanese beetle?  Whatever it was, I scooped it up with my refuge map and tossed it out the window. 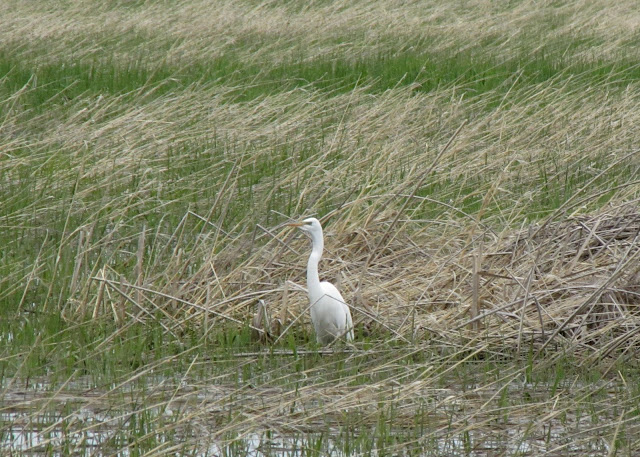 A Great Egret near Benson Pond. 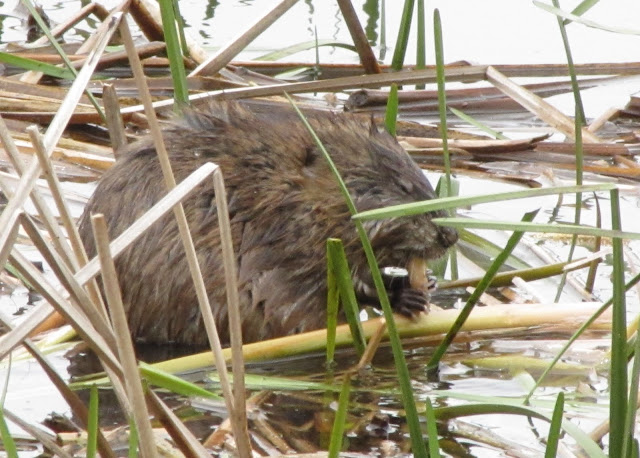 Is this a beaver?  It was like 10 feet from me gnawing away... I took a couple shots and figured it was just a nutria or something.. Plus little deer mice were running towards my feet making me jumpy.  Now looking at the picture I don't think it's a nutria after all.  Hmm. 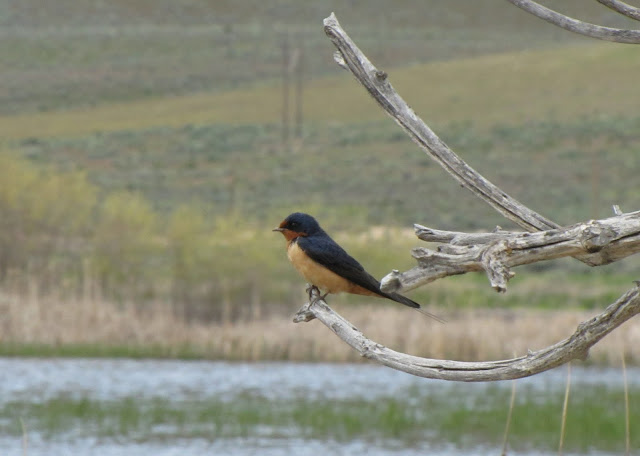 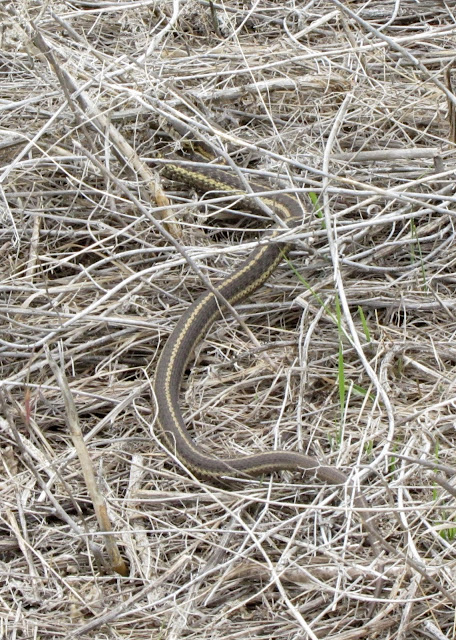 In addition to the mice running around were snakes..  Funny enough, I'd rather have snakes slithering around than mice popping out at me. 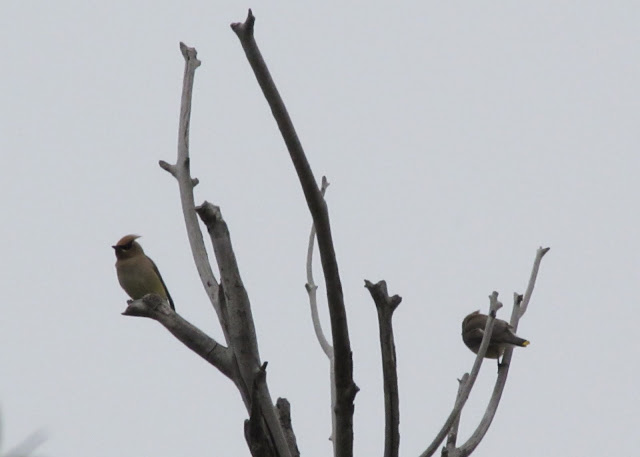 Cedar Waxwings up in the trees...

I'm a moron!  I took this one picture while looking for the Blackpoll Warbler and discounted it as a blackbird.  Of course had I looked at it more closely I would have realized it was the Lewis's Woodpecker again.

My final bird of the trip was another new one for me: 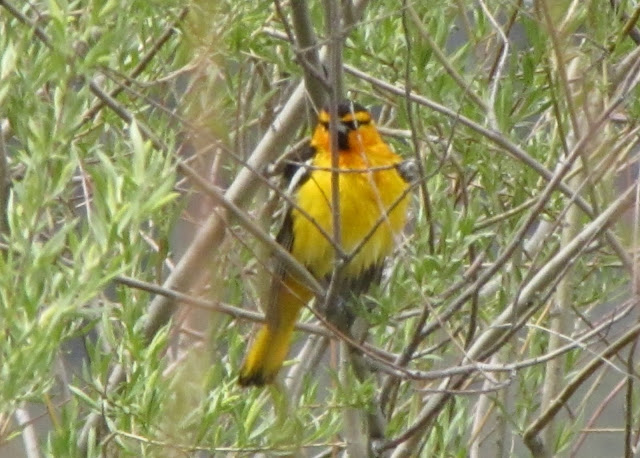 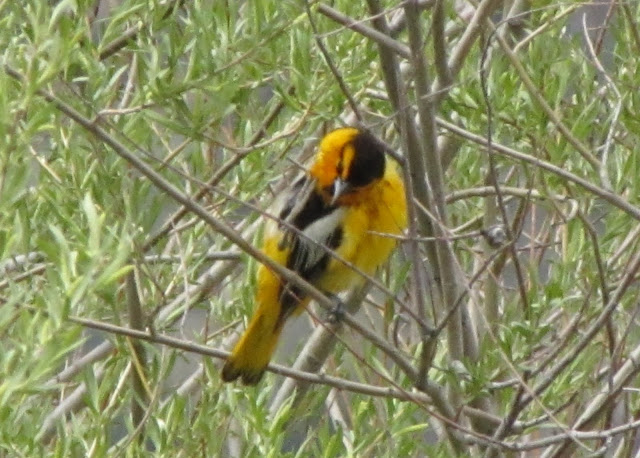 A Bullock's Oriole!  Too bad he wouldn't sit still.