on May 04, 2010
I went up to Ridgefield this afternoon despite the weather forecast: 70% chance of rain.  I figured if nothing else I would drink my coffee, take a quick spin around the refuge, and go home caffeinated without any new pictures.  When I got there it was worse than I expected... pretty much pouring rain.

Here are some ducks.. 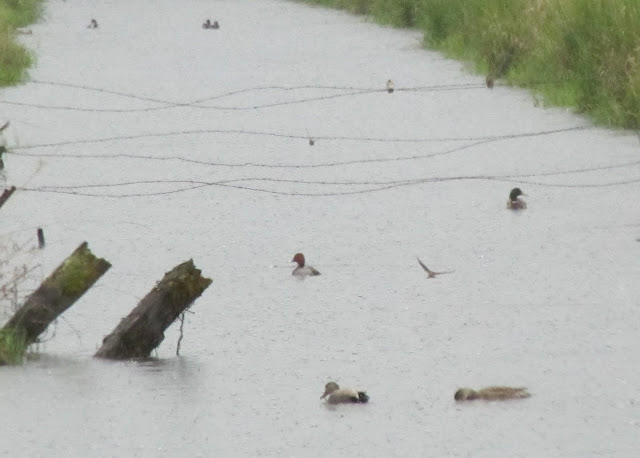 It's pretty foggy from the rain but that looks like a Redhead in the middle.  I had never seen one before so that was cool...

Next I tried to figure out what someone in another car was looking at... 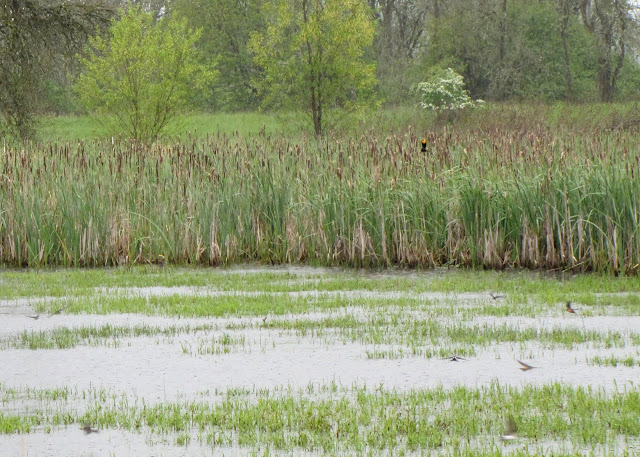 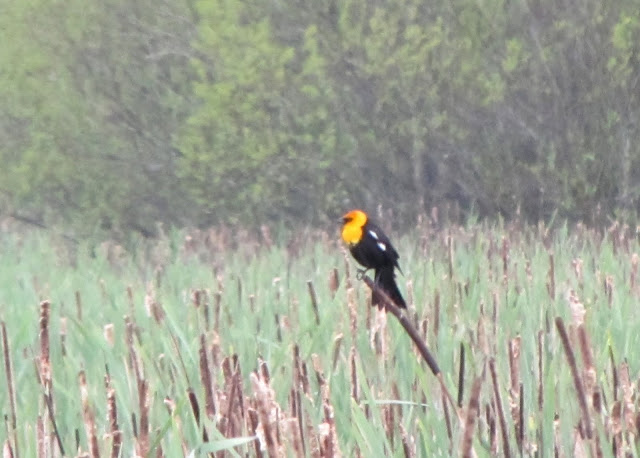 A Yellow-headed Blackbird!  So THAT'S what that crazy noise in the reeds has been... Wish it hadn't been dumping buckets of rain while I tried to photograph him. 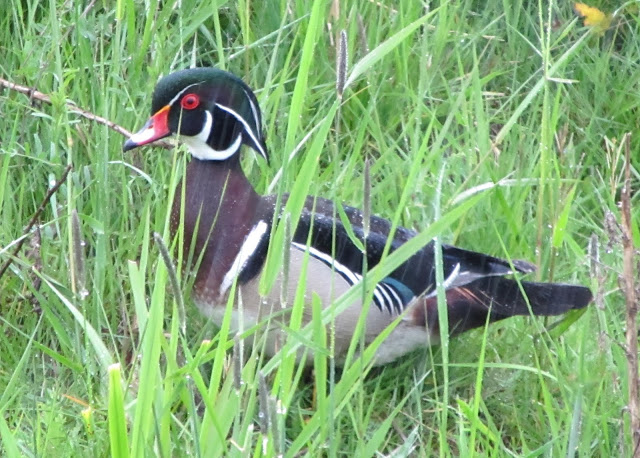 Even as the sun peeked out it kept sprinkling... 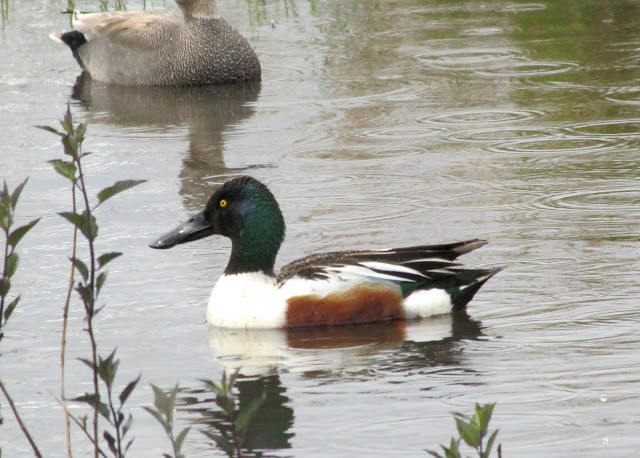 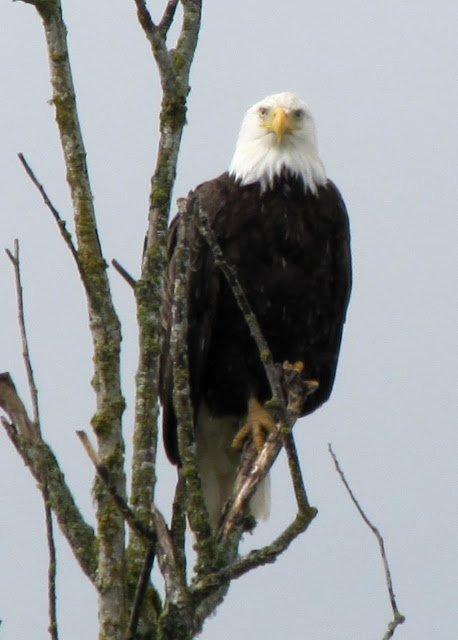 This guy made me smile. 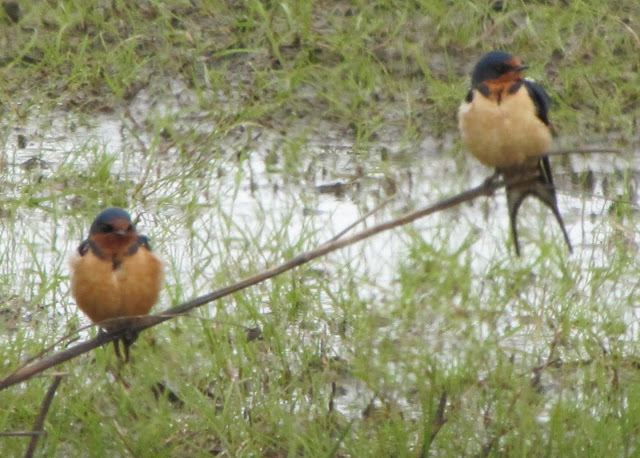 A cute couple of Barn Swallows. 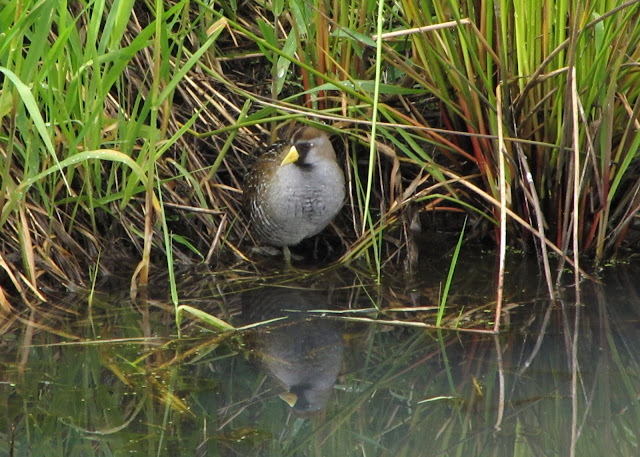 A Sora that actually stayed still (for a couple of minutes at least). 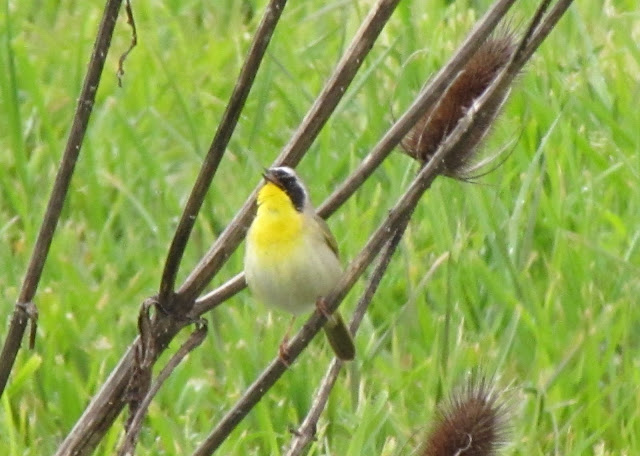 A Common Yellowthroat perched just above the Sora..

With the weather being so gross I was pretty happy to have seen just these birds... But as usual, Ridgefield surpassed my expectations.. 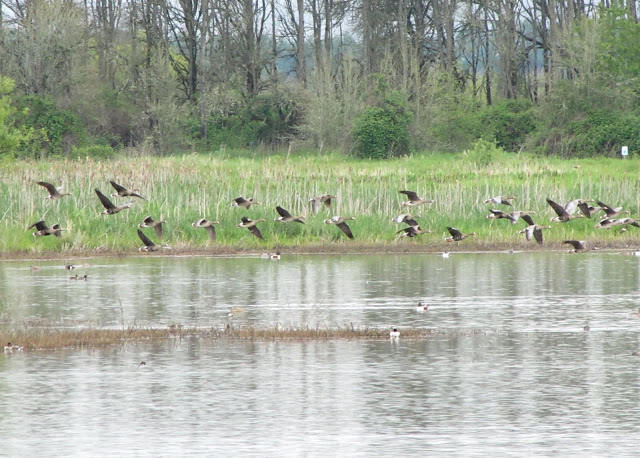 A flock of Greater White-fronted Geese flew in... something else I had never seen before. 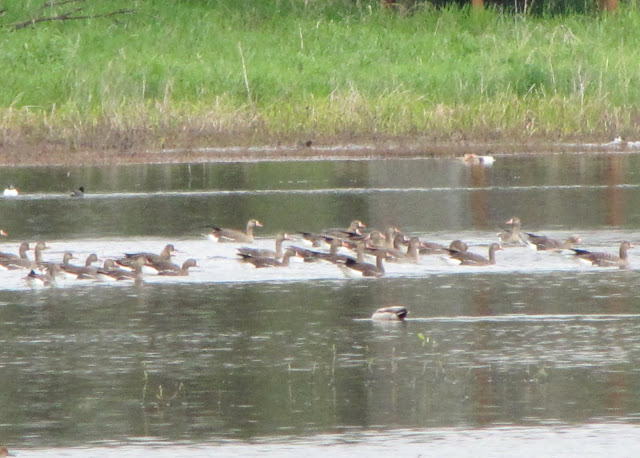 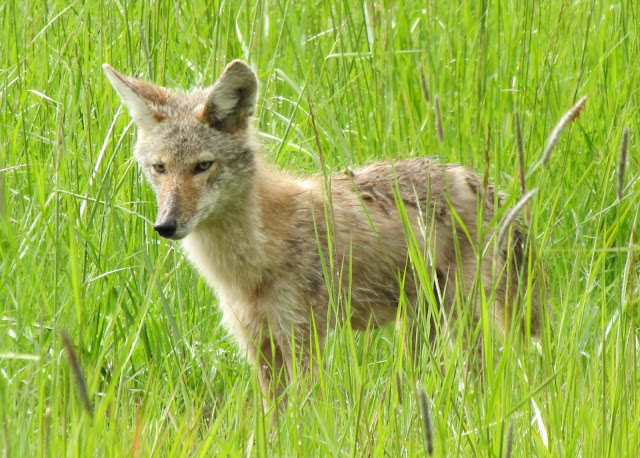 Oh heck yeah!  A coyote super super close to the car that did not seem to mind me (or anyone else) watching him.. and Jake was dead asleep in the backseat.  I watched this guy hunt for about 20 minutes.. Love love love him. Or her. 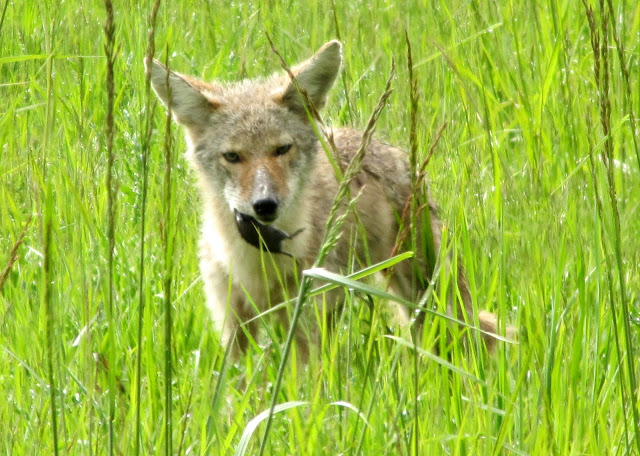 Man, if you think I like watching birds eat dead stuff, you have no idea how much I love watching coyotes eat live stuff. 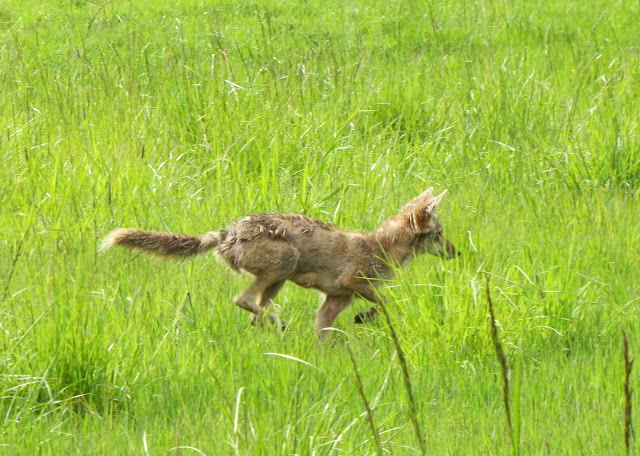 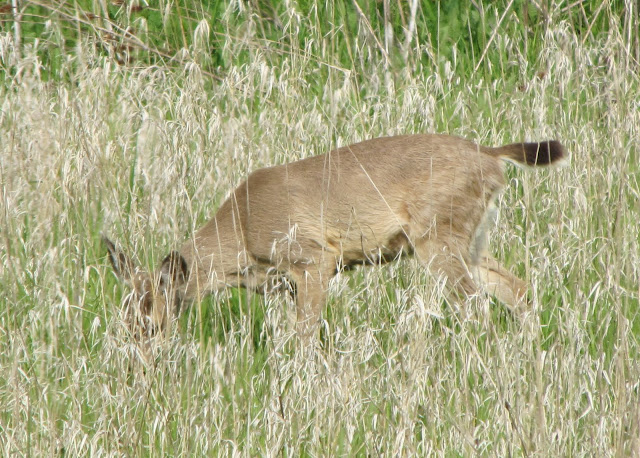 Apparently after a downpour is prime wildlife feeding time.. Jake was still asleep for these deer..  He woke up in time to scare off the cottontail rabbit. 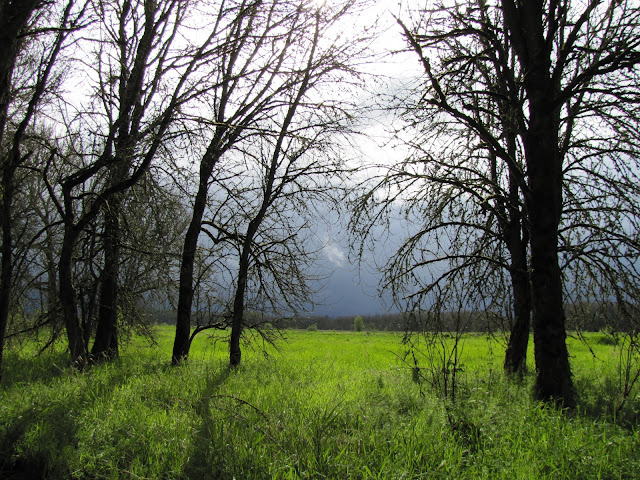 This is my favorite kind of scene... Bright sun and dark clouds. 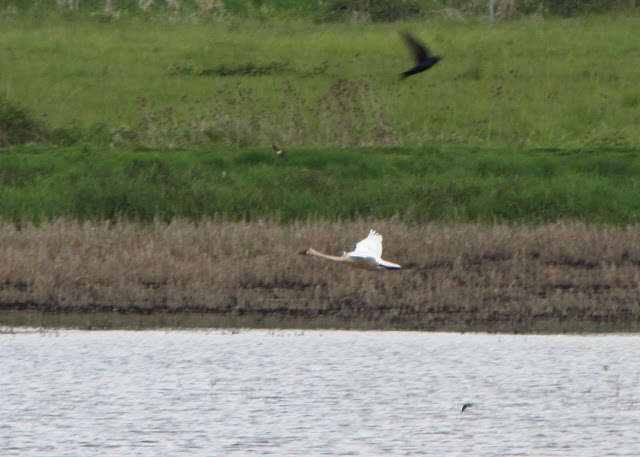 A lone Tundra Swan was hanging around... 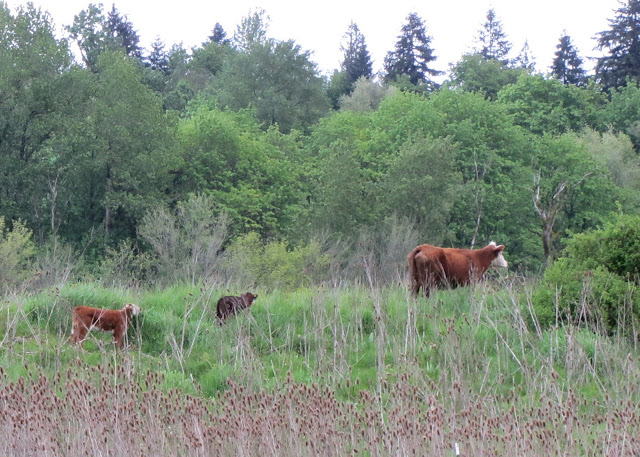 A sweet little cow family!  I had heard that someone's cows wander over to the refuge sometimes and even someone's llamas! 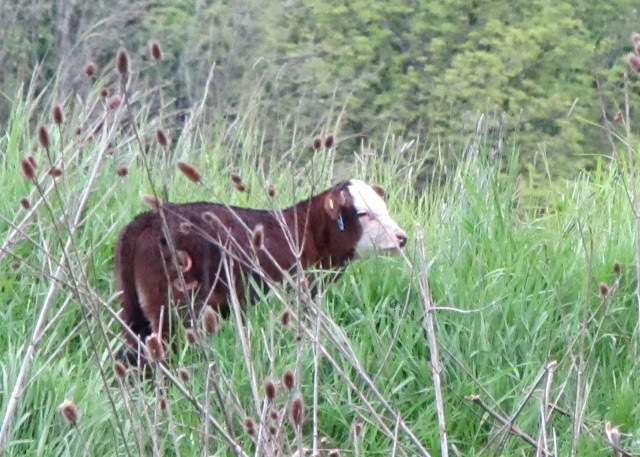 On the way out I saw the coyote again.. But Jake saw him too so we left pretty quick... The coyote was STILL hunting (and it had been an hour at least). 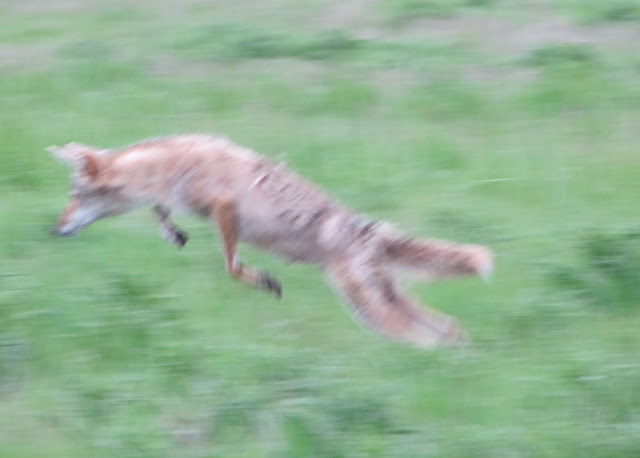