I went geocaching for the first time on Sunday!  It was so much fun even though it was hot and the mosquitoes are awful!  Don't know what geocaching is?  Check out www.geocaching.com to get an idea.  Basically it's a treasure hunt with a GPS.  My friend and I used the GPS devices on our phones making things very easy..

Our first stop was the Wapato Access Greenway Trail where 4 or 5 caches were hidden.  We were poking around the parking lot trying to find the first one when I realized how sketchy we looked.  I think one guy thought we were trying to steal his bike (yikes!).   But that's the price you pay for geocaching....  We found the first cache in a metal fence thing. 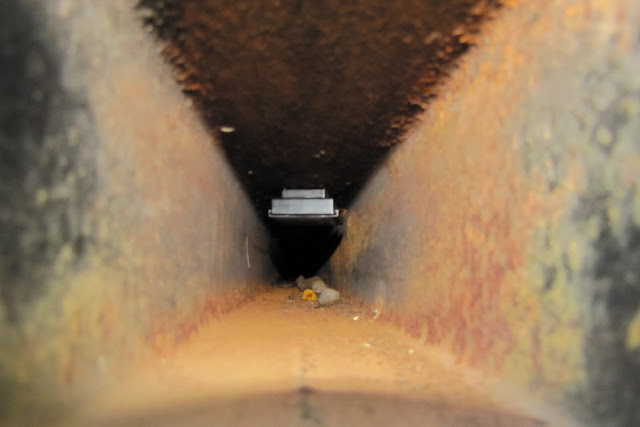 The cache is that little grey box stuck to the top of the inside of the fence- it was magnetic and just big enough to hold a pencil and logbook where people write their geocaching names (mine is now Superjen).

Our second find was a peanut butter jar in a tree along the trail: 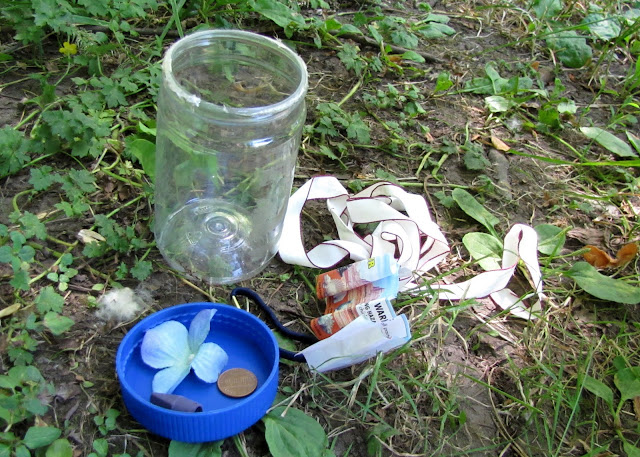 Random low-budget trinkets and a logbook.  We had stopped at the Dollar Tree beforehand to get some random crap to leave in the caches and I think I left some kind of plastic trinket here.

One of the cool things about geocaching is that while my friend was following his GPS radar to the next cache I could follow some birds! 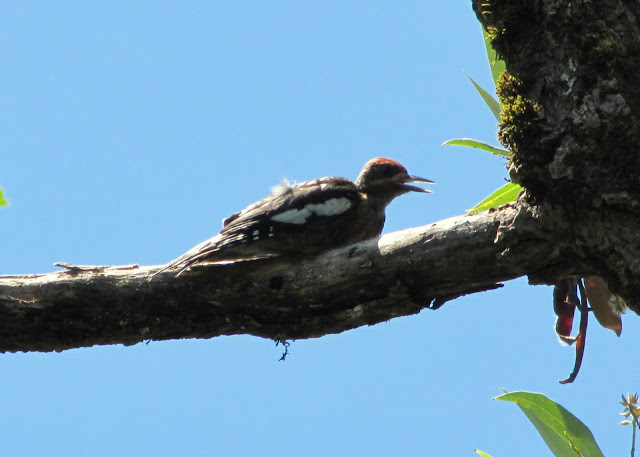 Our third find was through some prickers and under an evergreen tree... 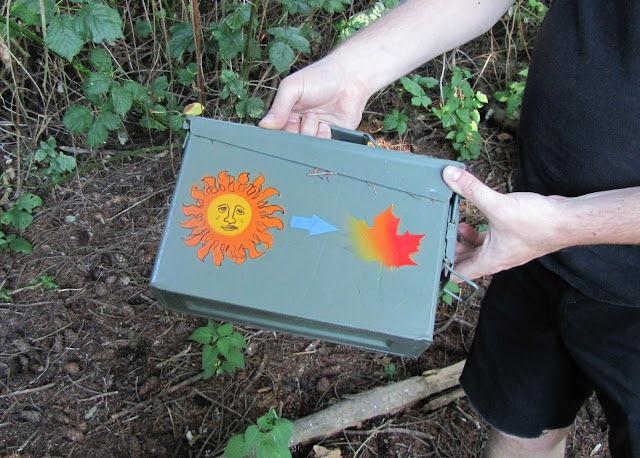 I can't remember what was inside this one, but I do remember watching a woodpecker work on a branch.

The next cache earned me some thorn scratches and dozens of mosquito bites.. 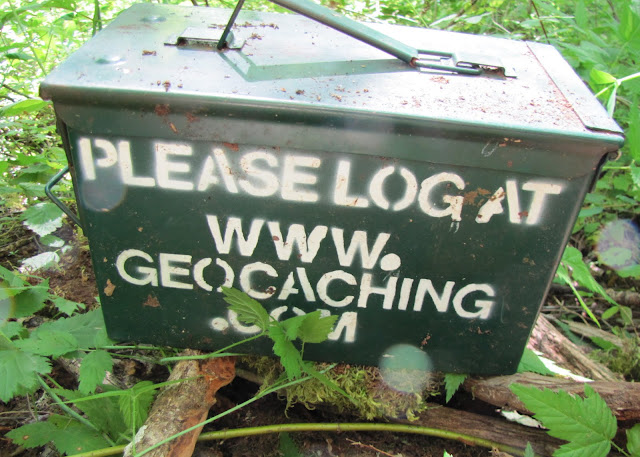 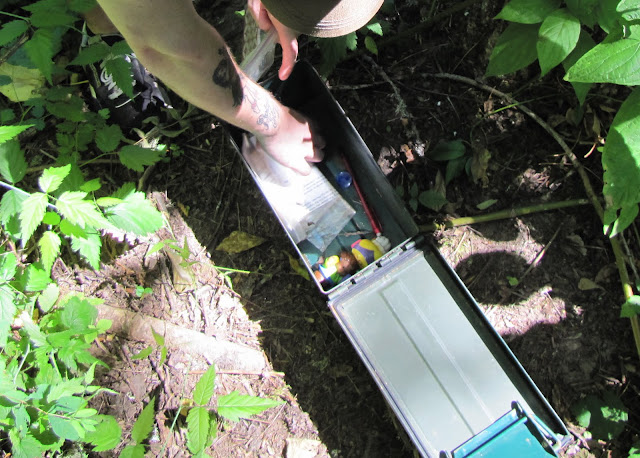 We found all the caches around the trail (I think 4 total) and retreated to the car to pick up some bug spray at the general store.

Then we took a break at Kroger where Captured By Porches has set up shop offering organic beers!  After beers I picked up some fresh raspberries and Rainier cherries.. Yummy!  I whipped up a vegan chocolate raspberry mousse pie yesterday. 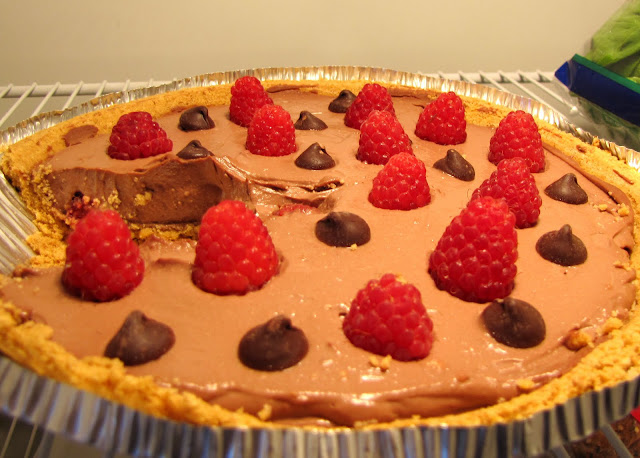 The next cache was on Haldeman Pond.  The hint was that it was at the top of a hill under a pile of rocks.  There was no mention of the blackberry bushes taking over the area.  We got lots of scratches but no new bug bites! 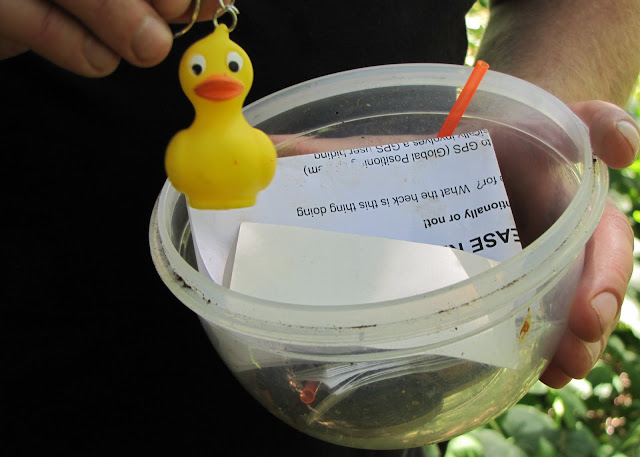 I stopped for some more bird/insect watching.. 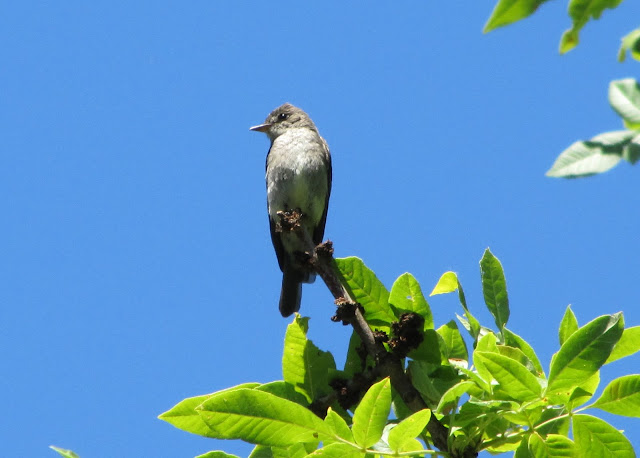 I'm guessing Olive-sided Flycatcher but not sure... 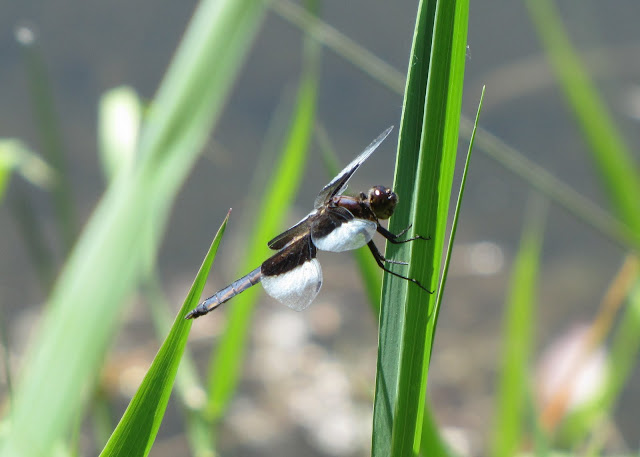 The next cache was a short walk down the road by Sturgeon Lake.  It was so hot I really just wanted to jump in the lake but I held myself back. 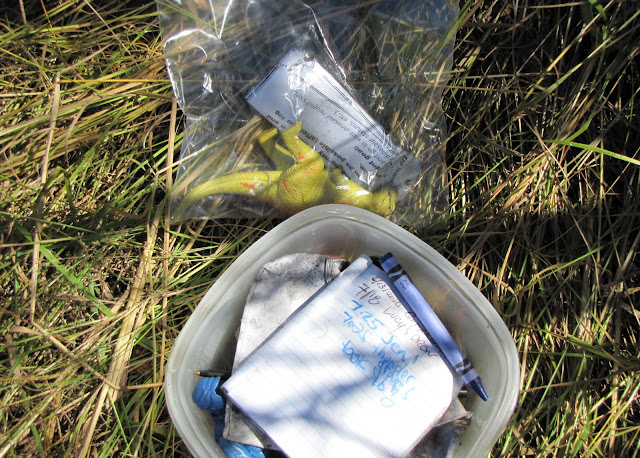 This was an exciting find... The dinosaur is connected to a Travel Bug... It's a little tag with an ID number that you can enter on the website to see where it's been.  Then you can move the bug to a new cache or just leave it alone.. The bugs usually have a mission though so you have to follow the mission- like heading west or south or to Minnesota or something.

Our last cache was down Oak Island Road in a tree protected by insane mosquitoes completely unaffected by bug spray.  It was brutal but we found it... and another Travel Bug! 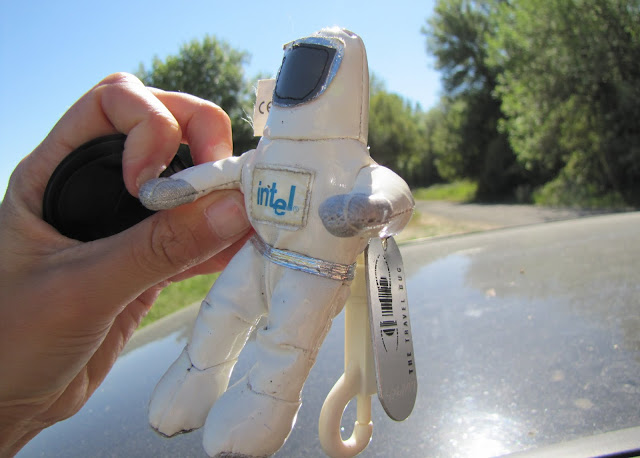 We'll be moving both of these bugs to new caches..

I highly recommend trying geocaching if you haven't already!