on July 13, 2010
This morning (I started this post on July 5th...) I got up super early again to get in some more time in the park.  I spent all morning there before having to begin my drive towards Jackson, Wyoming.   If yesterday was a good mammal day, then today was a great bird day!

First I took the road in the park that heads north towards Polebridge to see what was there... I stopped at the Huckleberry Nature Trail and took some pictures of birds. 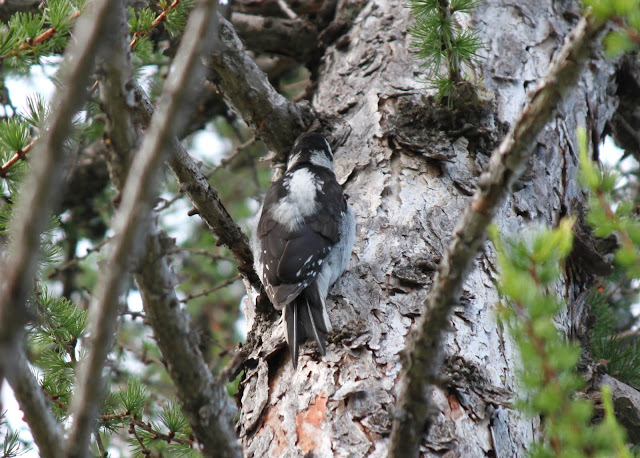 This lady would not let me get a profile no matter what so I've no idea if she's a Downy or a Hairy.

The view from the trail was great- I could see tons of burnt trees from a forest fire in 2003. 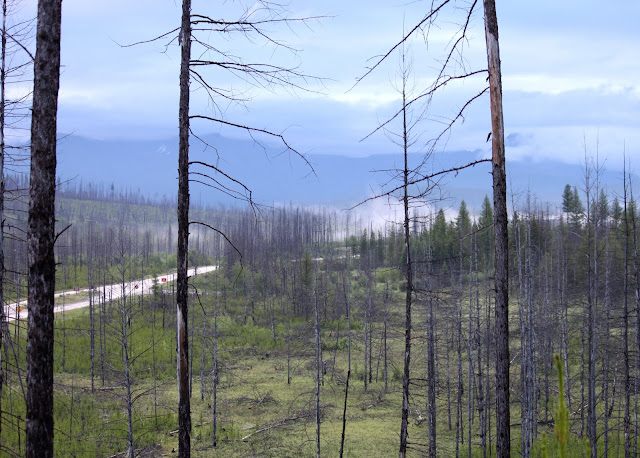 I was hoping to see some birds I had never seen before, but that didn't happen on this trail.  Instead I saw this warbler: 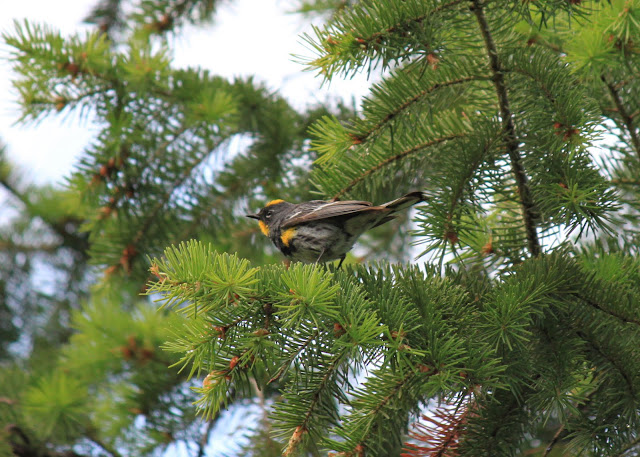 A Yellow-rumped Warbler... He decided to pick up a snack soon after I noticed him... 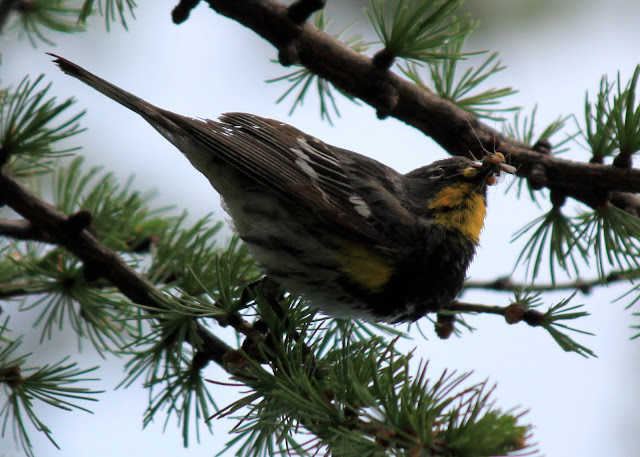 Then there was this flicker keeping an eye on me: 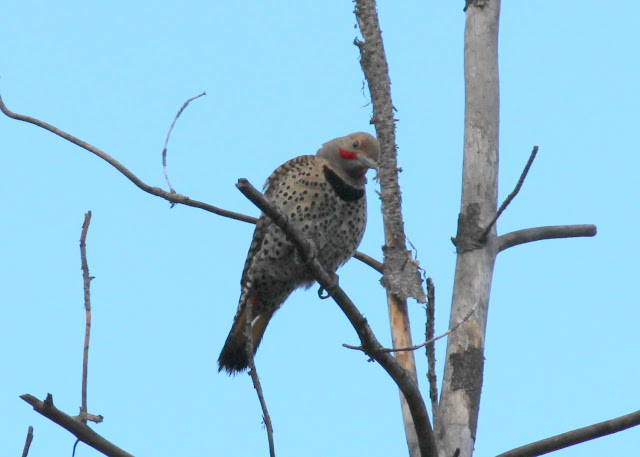 At least he was yellow-shafted so it wasn't exactly something I'd seen from my kitchen window....

Next I returned to the Going To The Sun Road for one last trip through the park.  I pulled over at one point because I thought I saw a pair of kingbirds.. By the time I got out of my car they were gone but there was this Chestnut-backed Chickadee: 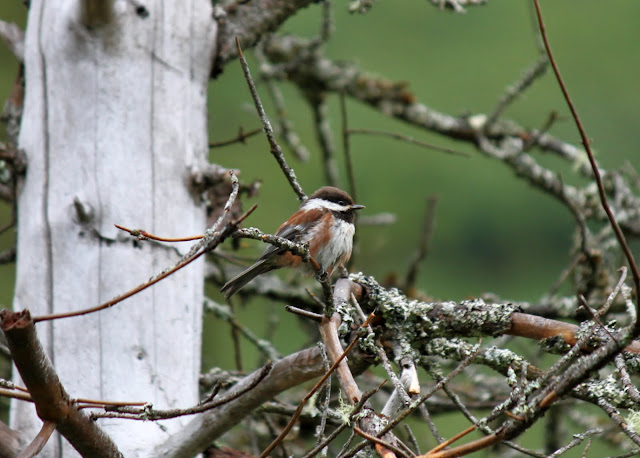 It started to rain around this time and it was another foggy and cold drive up through Logan Pass.  Back down on the other side of the park the rain let up a bit, though not completely.  I decided to try the short hike (less than 2 miles roundtrip) to St. Mary Falls. 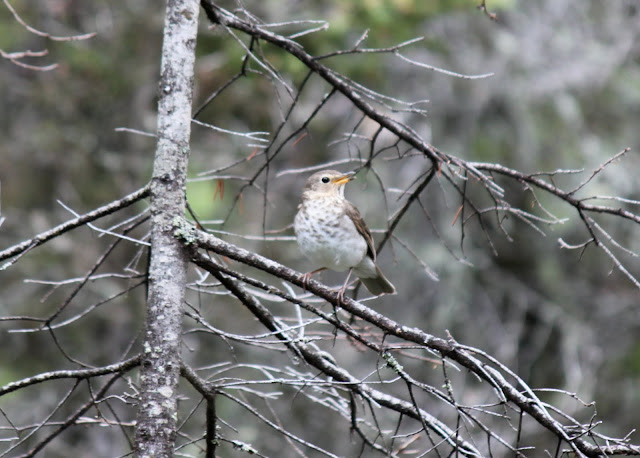 There were several of these birds calling to each other and flying from branch to branch.. Flycatchers?  The orangey beak with the black tip really stood out.  Its back seemed to be all brown- in my one bad picture I don't see any wing bars either. 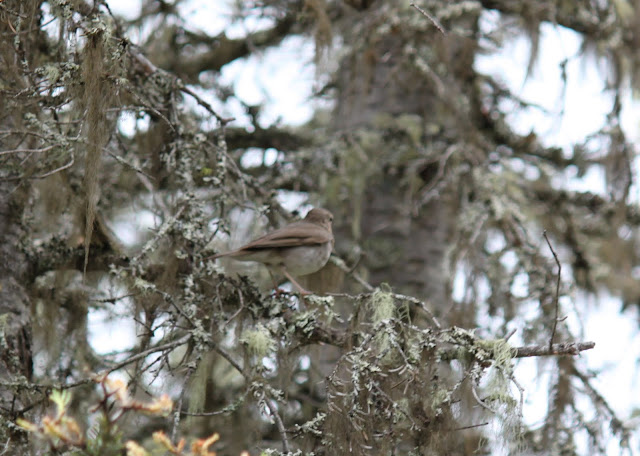 A little further down the trail was this nuthatch perched on the top of a tree: 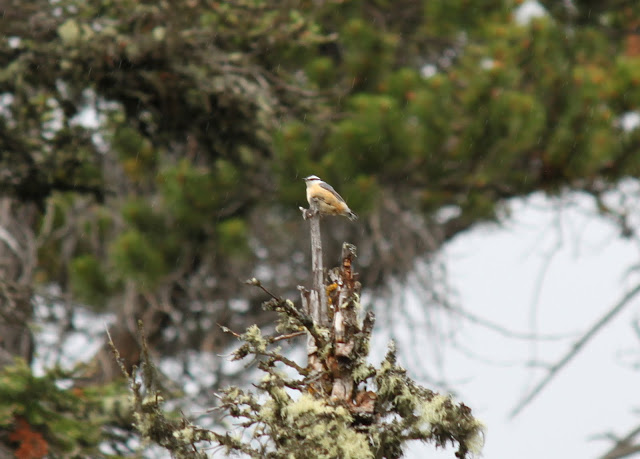 I think this was my first Red-breasted Nuthatch.  He was perched right by these gorgeous wildflowers: 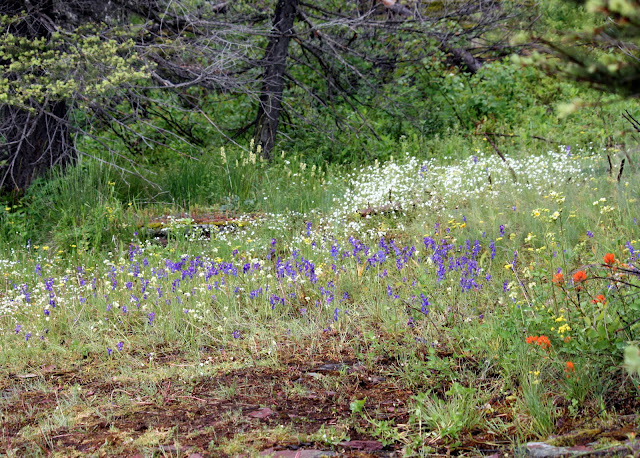 Past the flowers the trail became more densely wooded and I started worrying about bears a bit.. I whistled and cleared my throat a lot, along with stomping my feet and kicking up stones.  I made it to the falls in one piece... 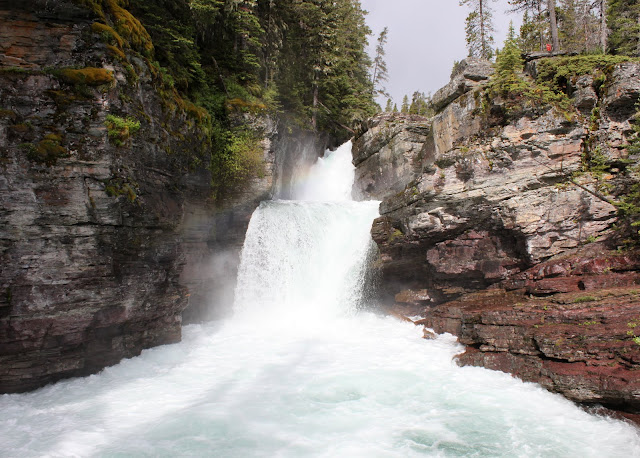 On the way back out a nice couple warned me they had just seen a black bear along the trail.. I made quite a racket for the rest of my hike.  No bears sighted. 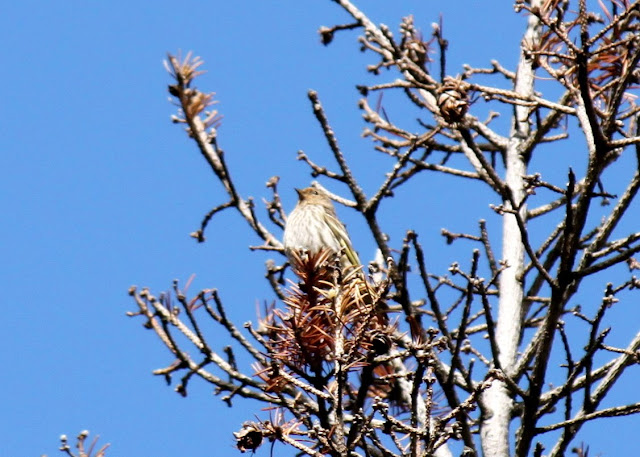 I left the park to begin my long but pretty drive down towards Jackson Hole.  Just outside the park I stopped to check out some burned trees and found this White-crowned Sparrow: 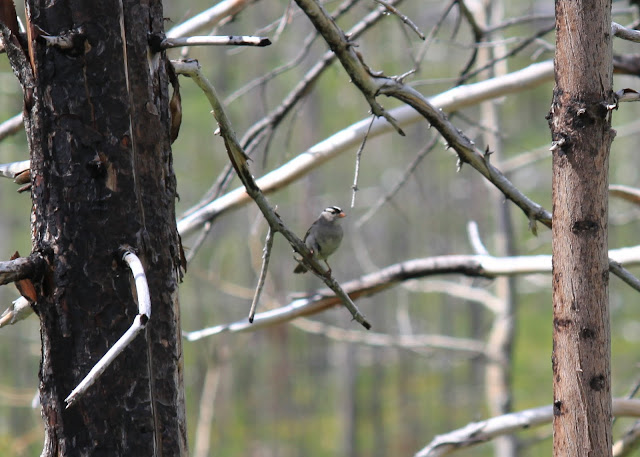 ...and beautiful views of the mountains.. 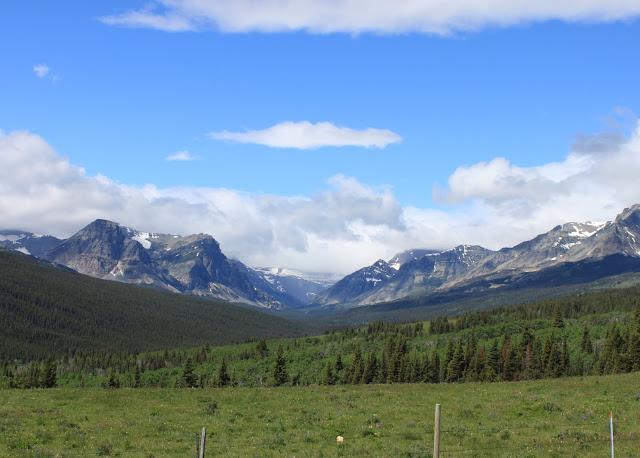