on August 10, 2010
Over the weekend I went camping at a great campground near Crater Lake.  The campground itself was on Miller Lake, a nice and dusty 12-mile drive down a gravel road from Chemult, OR.  It was a lot of fun since I had never been to Crater Lake (I know!  I've lived in Oregon for 9 years in September and had never made the trek).

I got up early both days to go exploring... 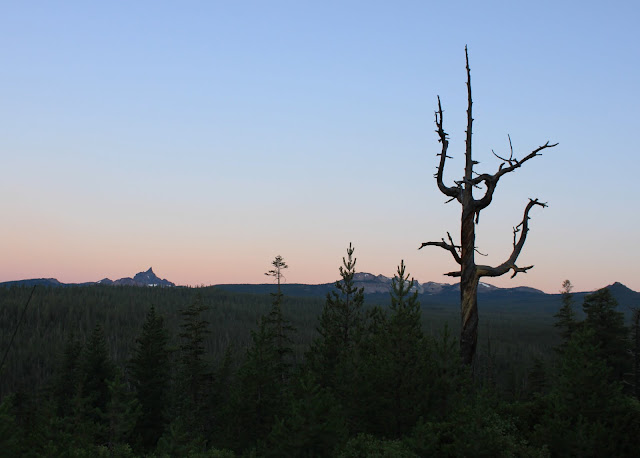 That might be Diamond Peak but it might be something else.  Just a pretty view along the gravel road...

I started off heading towards the Upper Klamath Basin... This eagle was perched along one of the roads bordered by fields of cows: 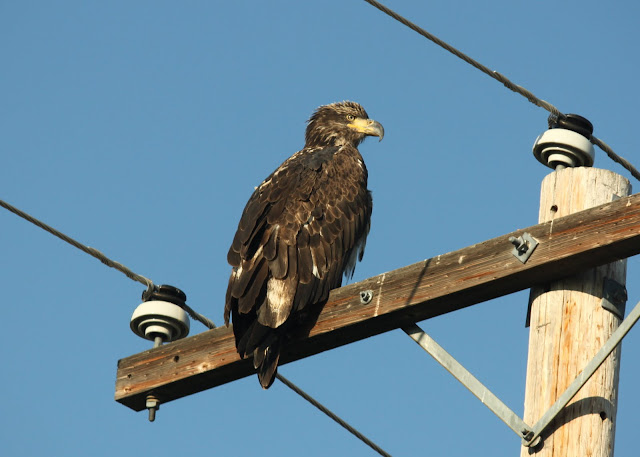 Not where I would expect to find an eagle...  I was hoping for a Golden Eagle but I believe it's just an immature Bald Eagle.

Further down the road were these blackbirds perched on a fence.. The whole scene made me think of a Country Time Lemonade commercial for some reason. 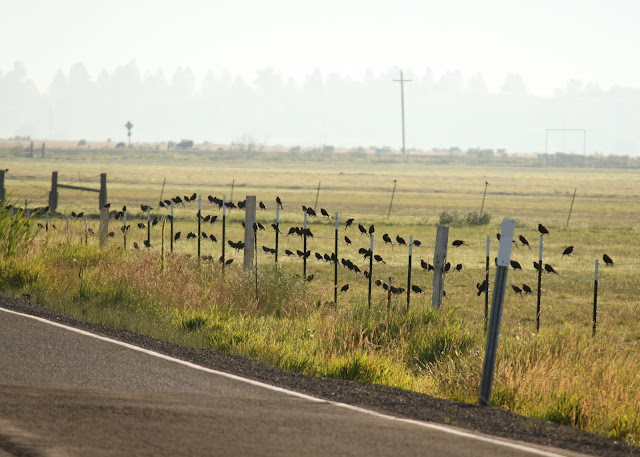 A Great Egret flew in to perch on a fencepost: 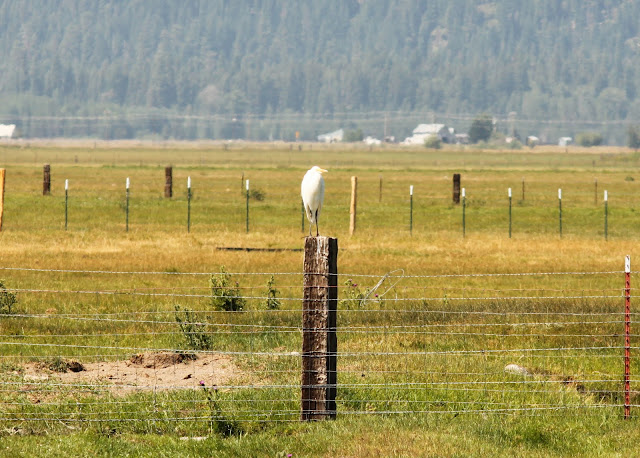 I followed the road down to a bunch of supposed birding spots and failed to find many birds... I took Jake on some short hikes and gave up.  I moved on to the next suggested area and found an Osprey nest... 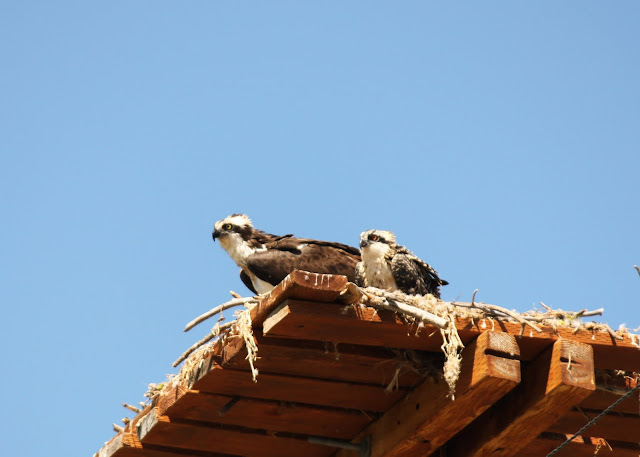 Too cute.  Later on my way back out I saw a second youngin' up in the nest... No good pictures though.  My first stop was Petric Park which I realized after I stopped was only a boat ramp...and this promising sign: 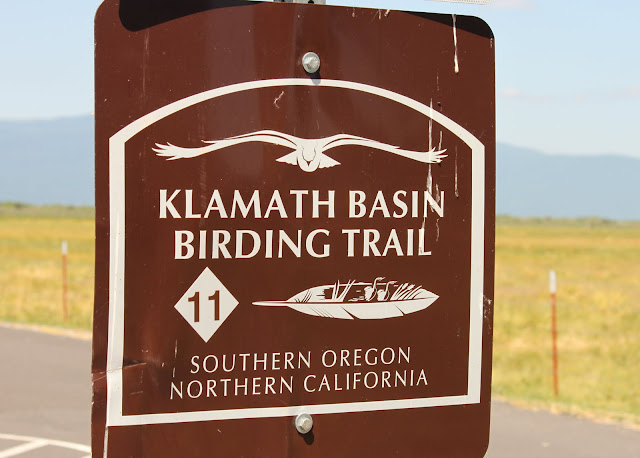 I drove a little bit up the road and found a much better place, Wood River Wetland.  There was a great trail along a couple waterways that lead to Agency Lake.

There were tons of these birds: 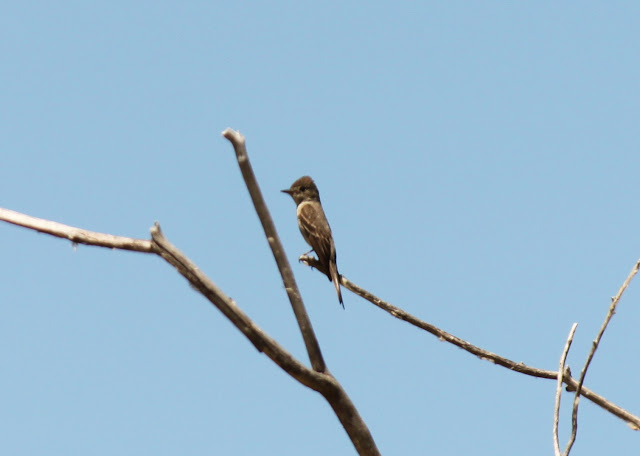 Jake and I scared up some egrets out of the reeds... This one was flying in a different form than normal: 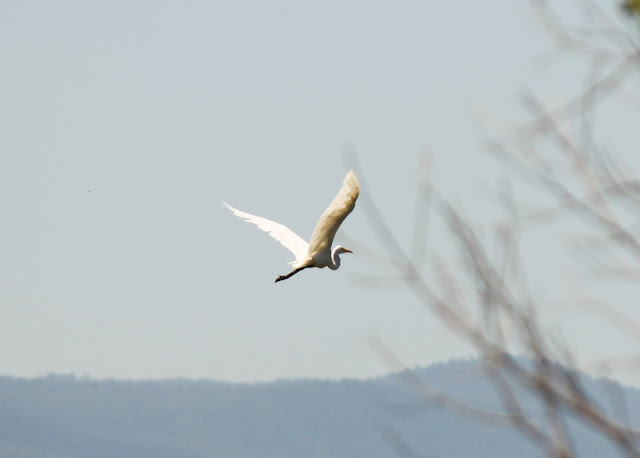 It was a beautiful trail.... 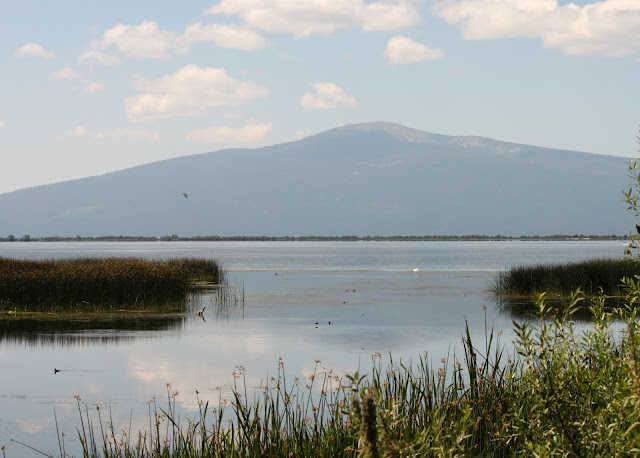 Alright, so before this weekend I had thought I had seen a lot of swallows before... I was wrong. 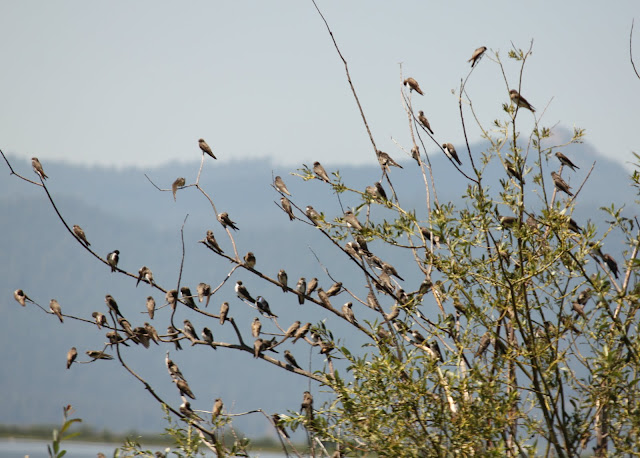 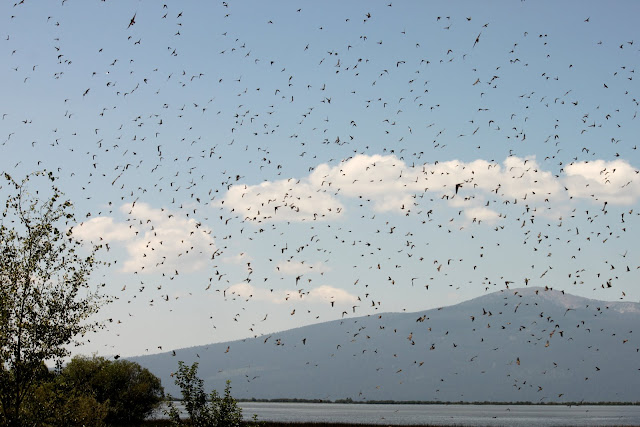 NOW I can say I've seen a lot of swallows.  There were also quite a few grebes swimming in the waterways but they were mostly too far away for good pictures. 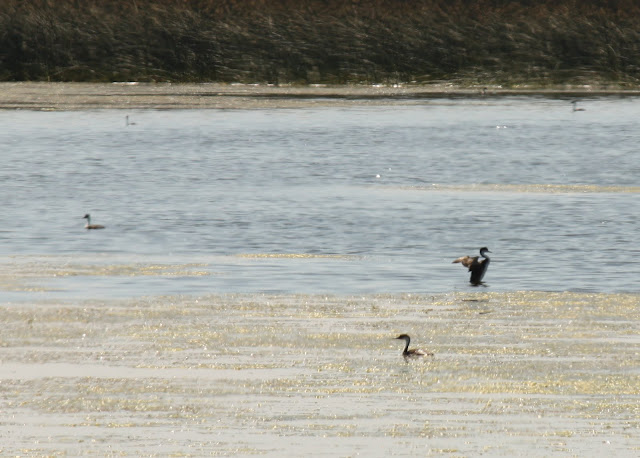 Clark's or Western... I never know...  And of course some Pied-billed: 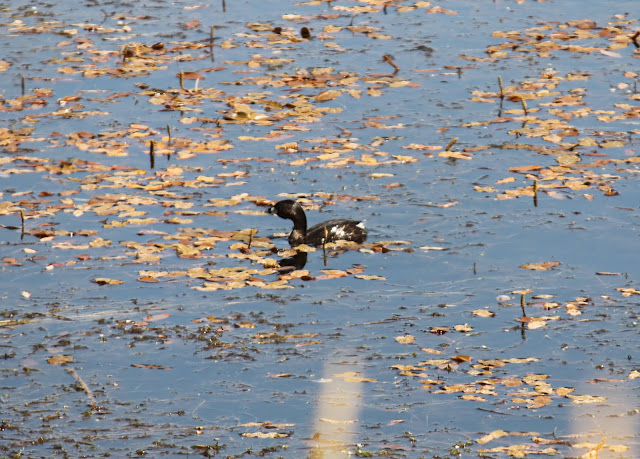 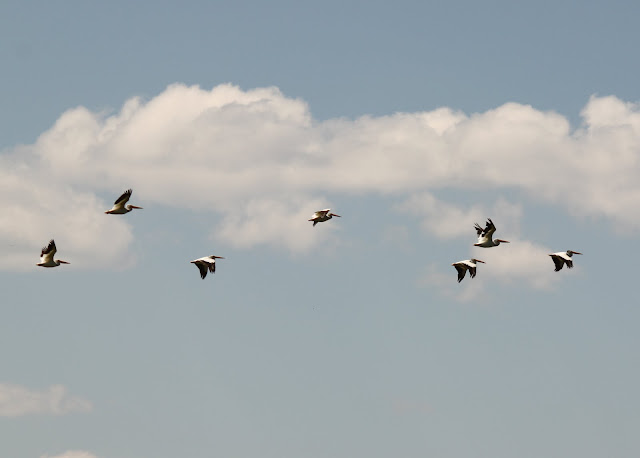 After spending a couple hours here Jake looked like he was going to pass out... I decided to head back to Digit Point campground for some more hiking and some swimming in Miller Lake.

On the trail around the lake this Dark-eyed Junco was hopping from tree to tree: 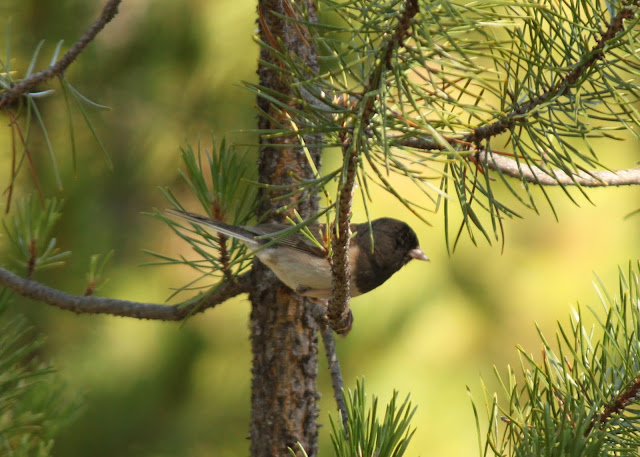 We stopped to go swimming and this bird was very interested in us: 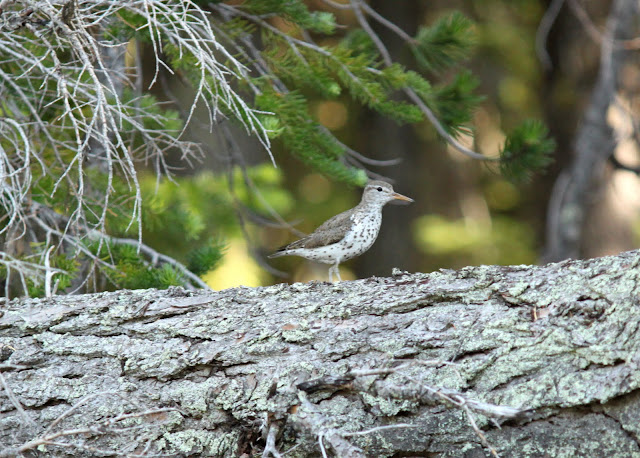 Back at our tent site were tons of chipmunks and squirrels.  Sadly Jake had to stay on a leash because of them... Chipmunks are pretty much his favorite thing ever. 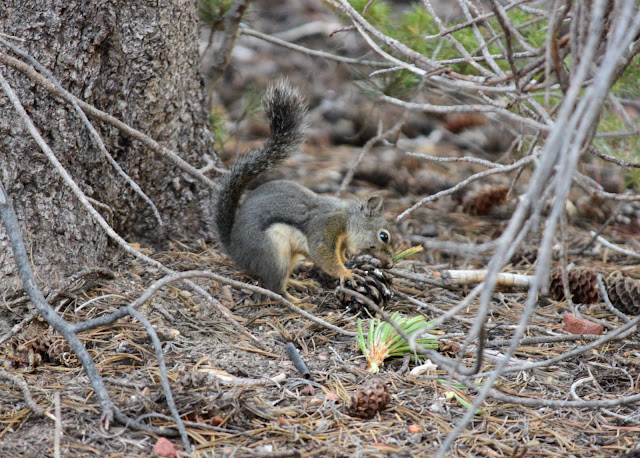 The next morning I got up early to finally visit Crater Lake National Park... One of my first stops was a little gravel turn-off with a restroom... I'm so glad I had to stop because here I found my first (and second and third) Clark's Nutcrackers!!! 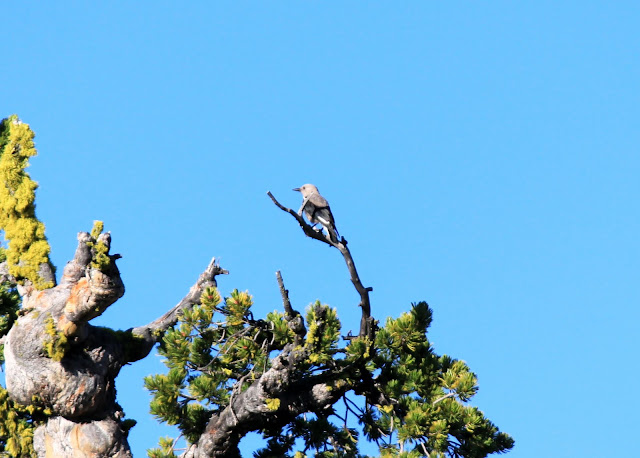 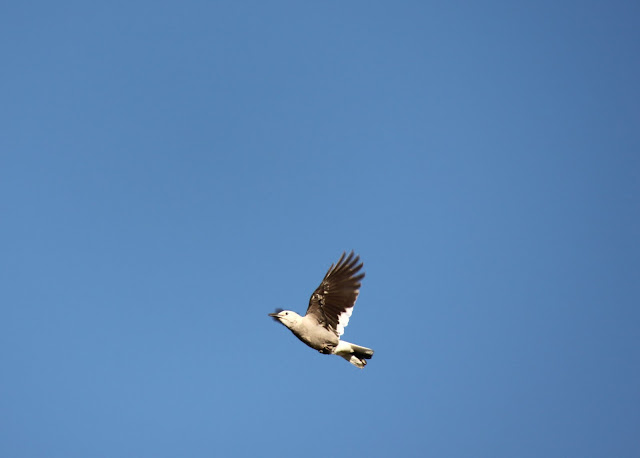 I was so happy to finally see them!  I had definitely heard them before but could never quite locate one.  Next we drove up to the Cloud Cap overlook... I stopped to make some snow graffiti: 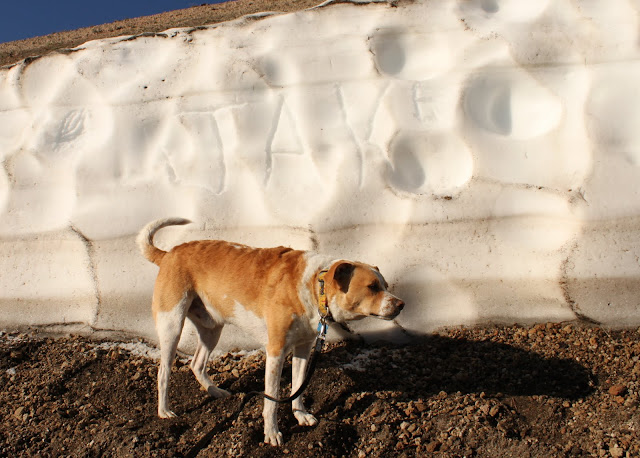 At Cloud Cap were oodles of chipmunks... 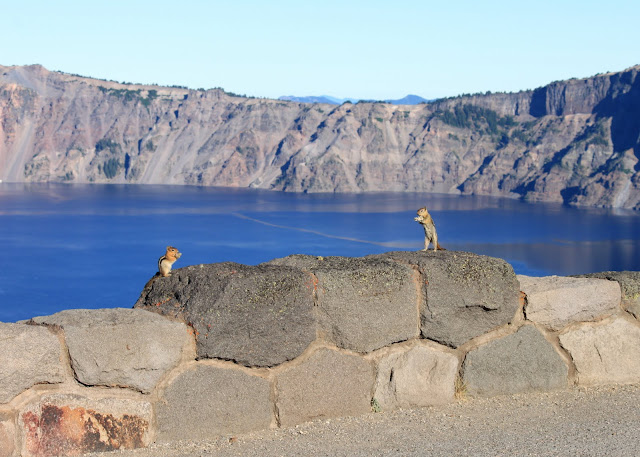 I swear they were posing for the camera. 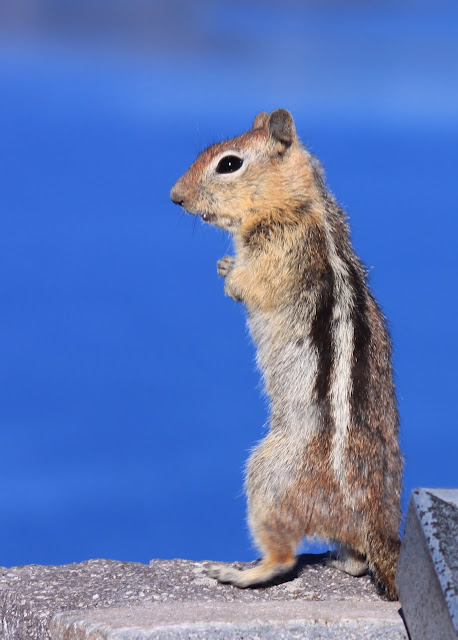 Oh and the lake view wasn't too bad either... 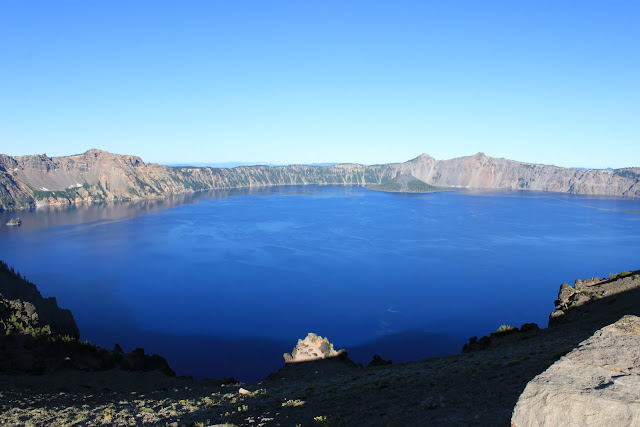 Back down the road from the viewpoint was a pull-out with lots of bird activity... This group of trees was dripping with Yellow-rumped Warblers and Red-breasted Nuthatches: 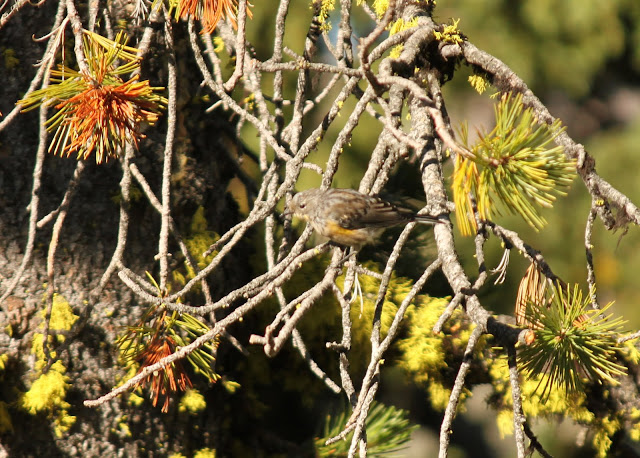 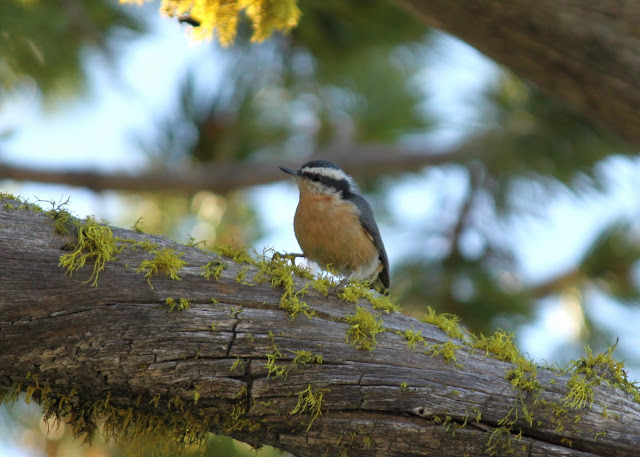 Oh and another Clark's Nutcracker joined us for a bit: 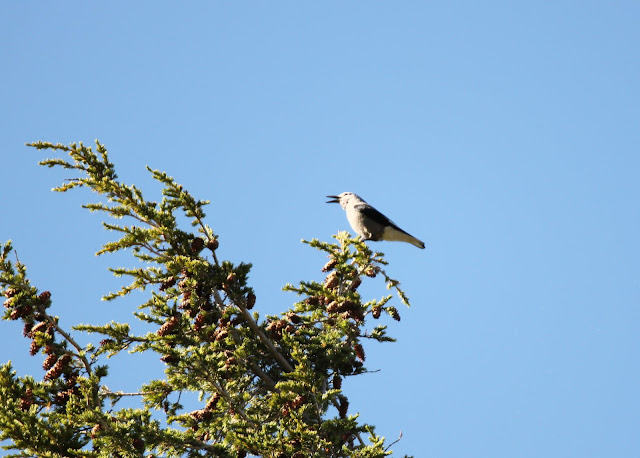 Our next stop was the Pinnacles viewpoint... Pretty cool-looking! 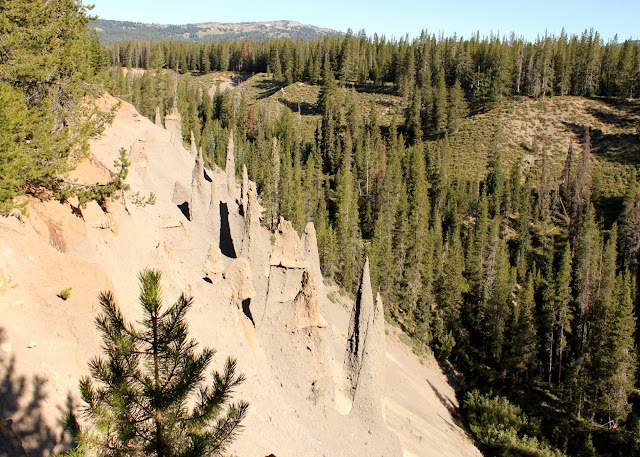 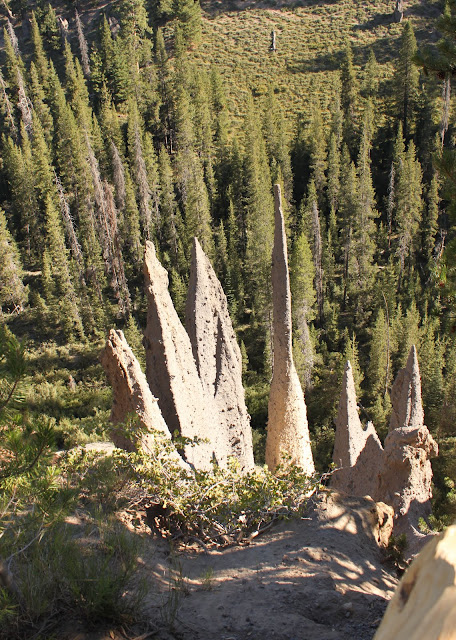 There was a Western Tanager hopping around nearby.. 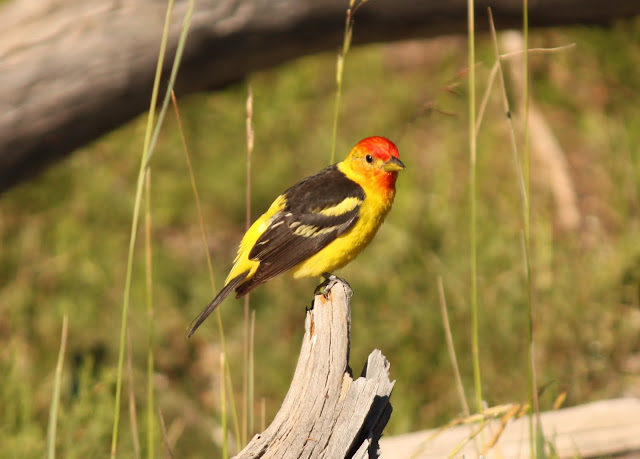 My last stops were around Rim Village... There are some great viewpoints near there.. 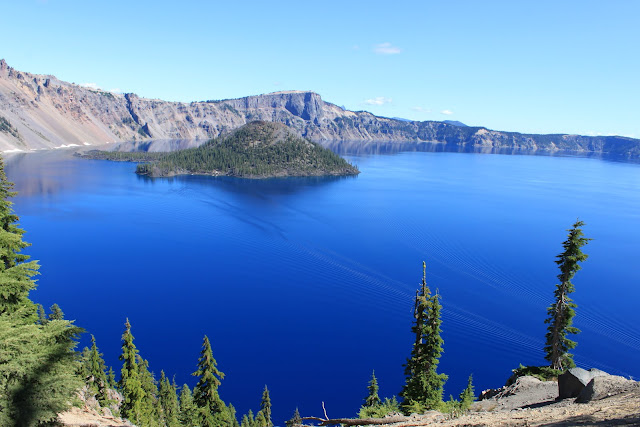