on October 13, 2010
I just got back from an awesome trip down to California!  I spent most of the time camping in Big Sur, and the rest of the time at a friend's house in the Bay Area.   I saw soooo many new birds and other creatures too..

My first day there we grabbed lunch at Greens and headed to the Presidio to walk around.  The view of the Golden Gate Bridge was perfect... 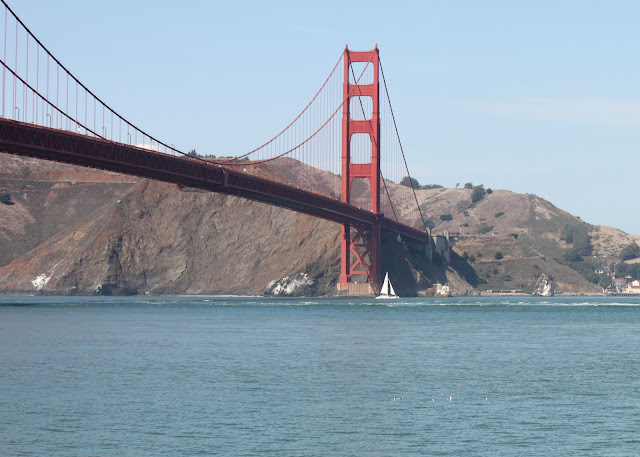 If you look closely at the bottom right of the picture you'll see five grebes: 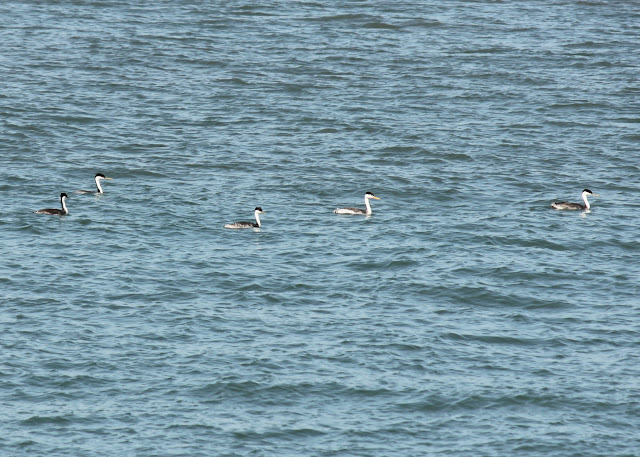 They appear to all be Western Grebes except the fourth in the row looks more like a Clark's.

Soon we saw a fire rescue boat enter the bay shooting water all over... It seemed strange... 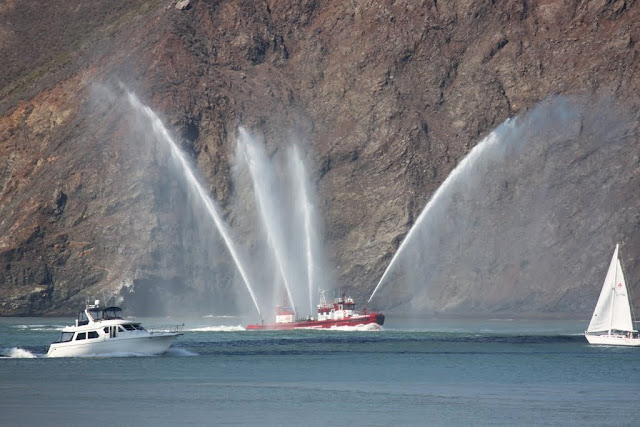 But then we saw it was being followed by this crazy ship: 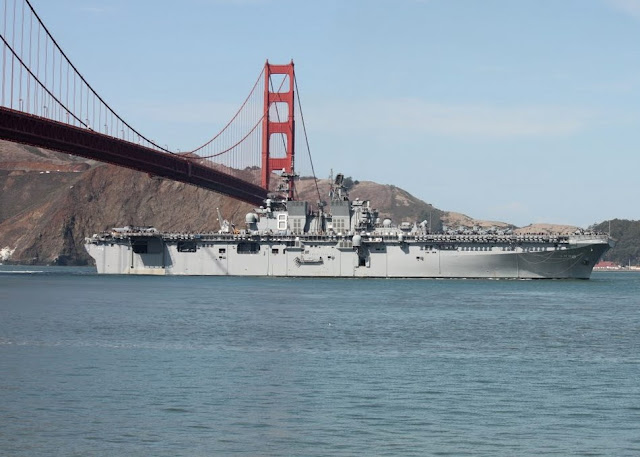 Aha!  It was the beginning of San Francisco's Fleet Week and this was the USS Makin Island arriving...  It was interesting to see all the Navy folks on the ship: 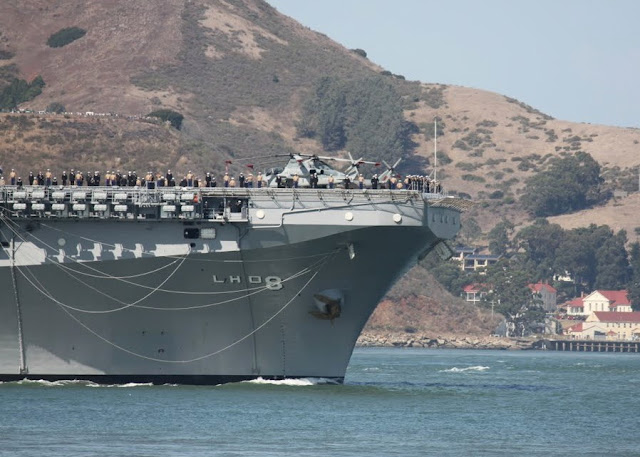 Ok back to birds... My friend's yard seems to attract quite a few, especially Anna's Hummingbirds! 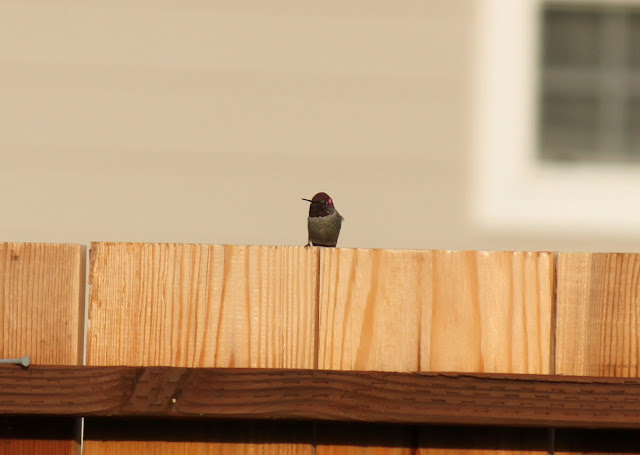 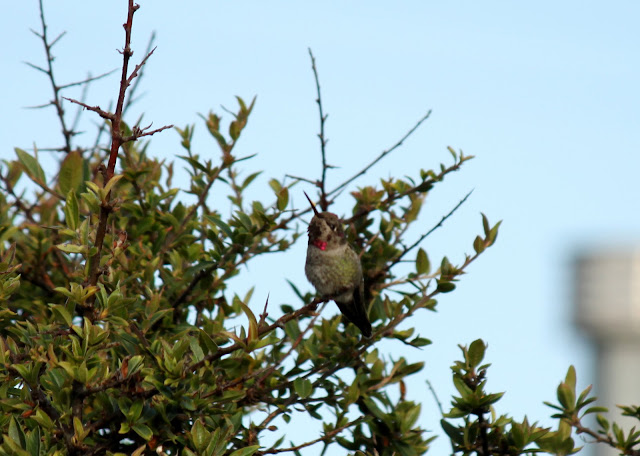 I also spotted my first Black Phoebe on my friend's fence: 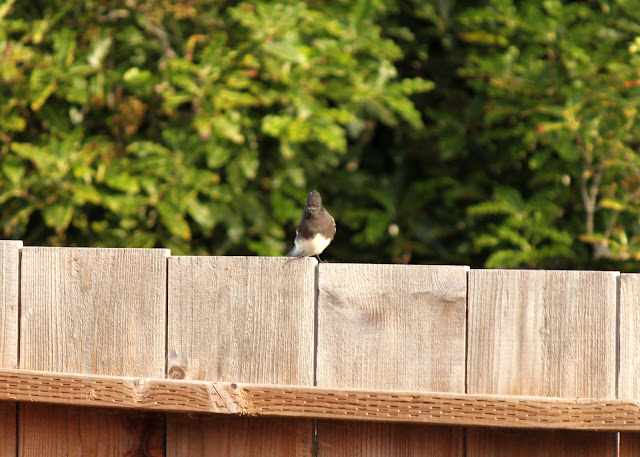 There were many more phoebes to come on my trip!

We took off on our Big Sur roadtrip the next morning after I arrived in S.F. and made a couple stops along Elkhorn Slough.  It's an amazing area!

The first birds we noticed were these Least Sandpipers: 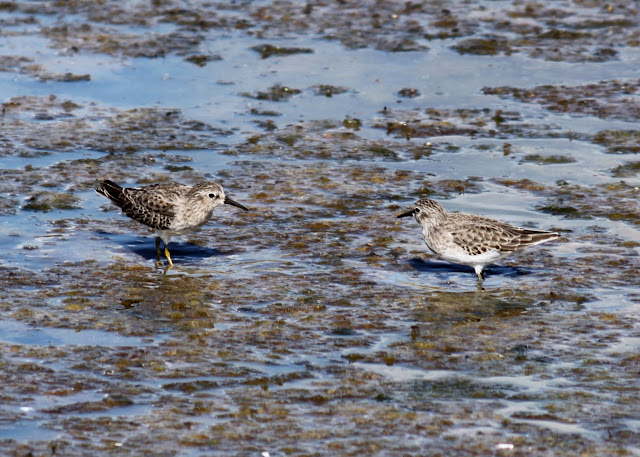 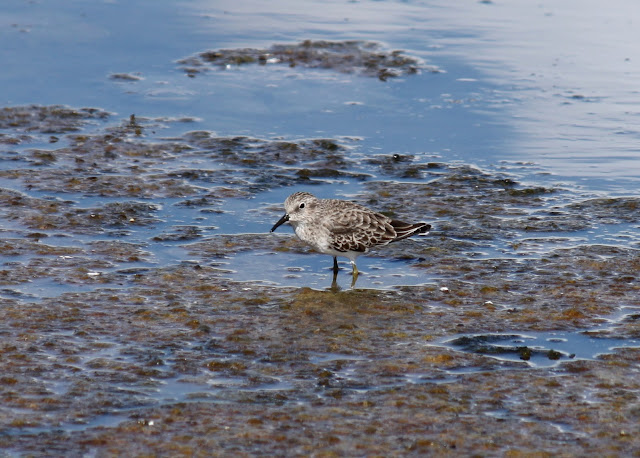 In addition to the small shorebirds were many many gulls... 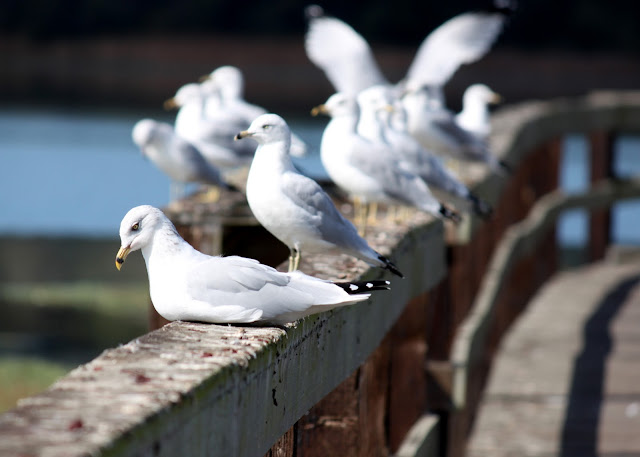 They appear to be Ring-billed Gulls...

Out in the marshy areas were tons of bigger shorebirds like this Willet: 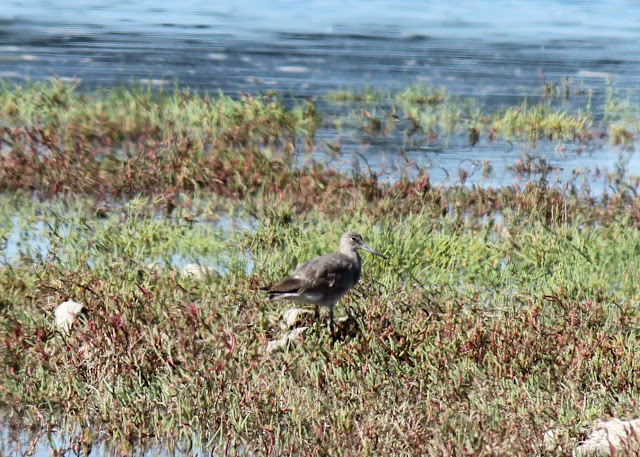 Up on a train crossing signal was perched this bird: 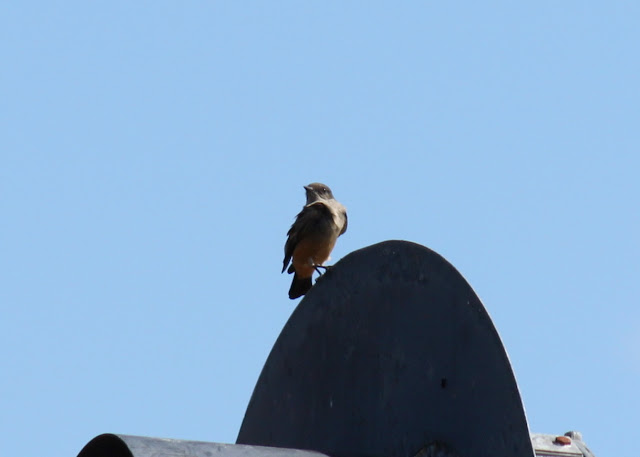 I think it's a Say's Phoebe but I could be wrong.  The tail seems a little short.

Greater Yellowlegs and Black-necked Stilts were also hanging out in the marsh... 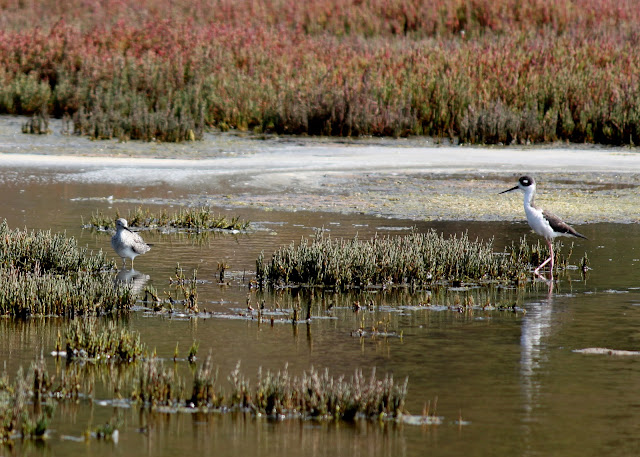 Next we drove to the Elkhorn Slough National Estuarine Research Reserve.  There are several trails at the visitor center that lead around the slough through different kinds of habitats.. 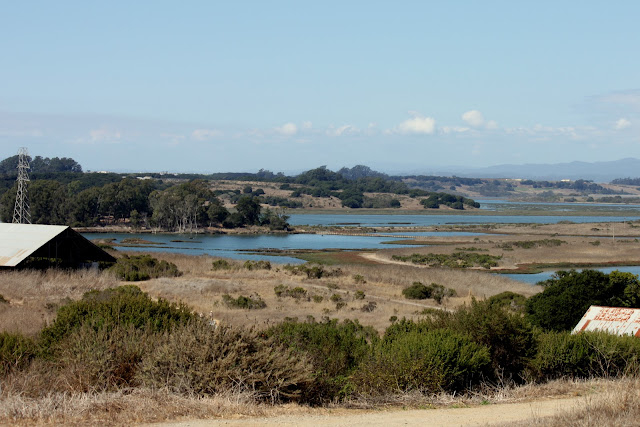 I was thrilled to find quite a few Acorn Woodpeckers! 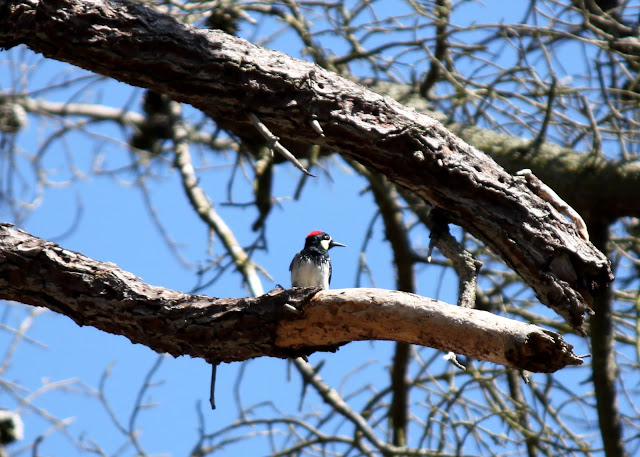 Another first for me!  They look so cool in flight: 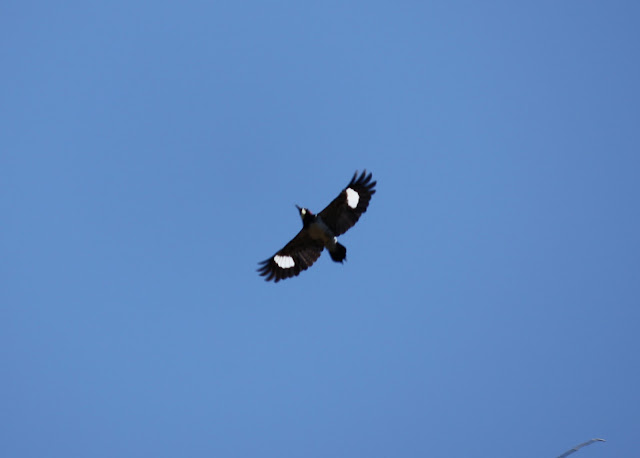 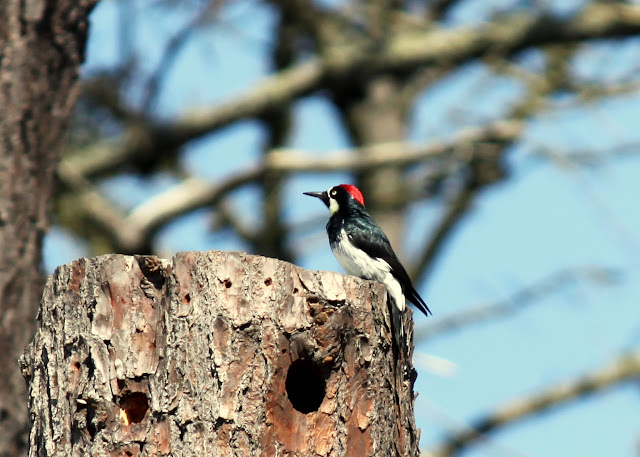 While we were looking out into the slough at some shorebirds we saw a Peregrine Falcon fly overhead and then dive into the birds... 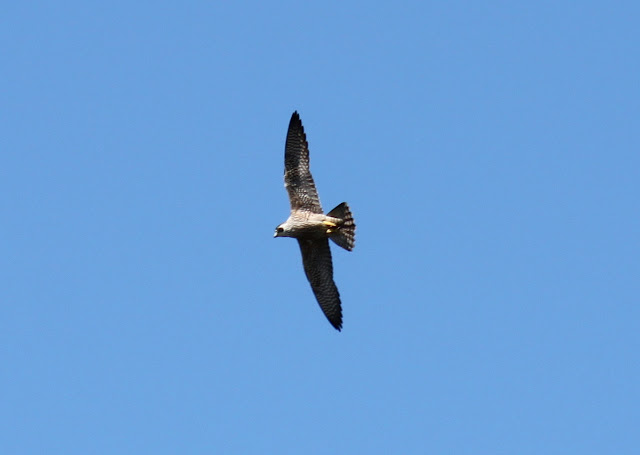