on October 14, 2010
After visiting Elkhorn Slough we headed towards Moss Landing where we had lunch at the Whole Enchilada- deep fried artichokes and margaritas!  We took a quick drive around the area stopping to check out some birds and otters and a sad seal... 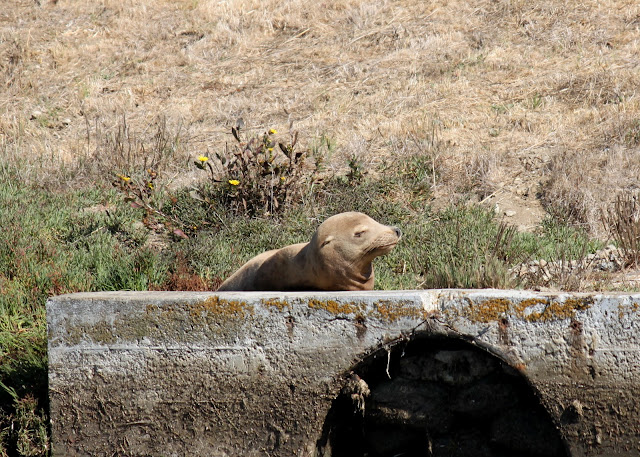 It looked like a couple people were working on some kind of rescue for this guy.  Not sure what was wrong with him. 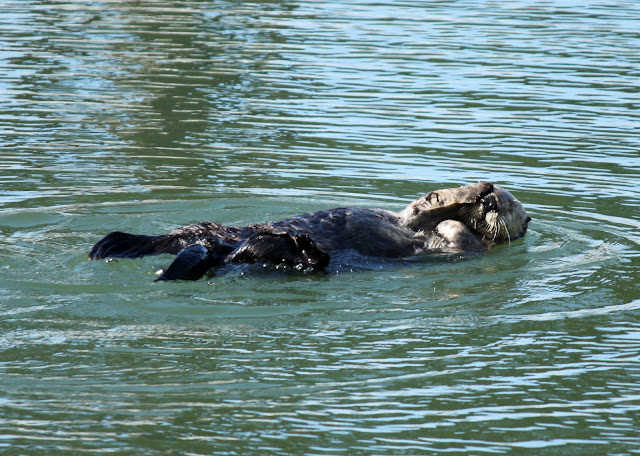 Sea otters are too damn cute!
In the water across the road from this otter were some ducks that I snapped a quick photo of..  Later I realized there was a Black-crowned Night Heron in the photo! 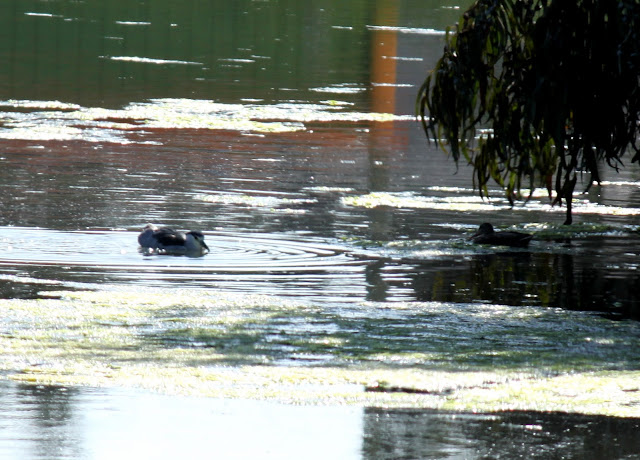 Weird- it looked like just another duck from far away.
At Moss Landing where the slough meets the Pacific were tons of otters, sea lions, and birds... 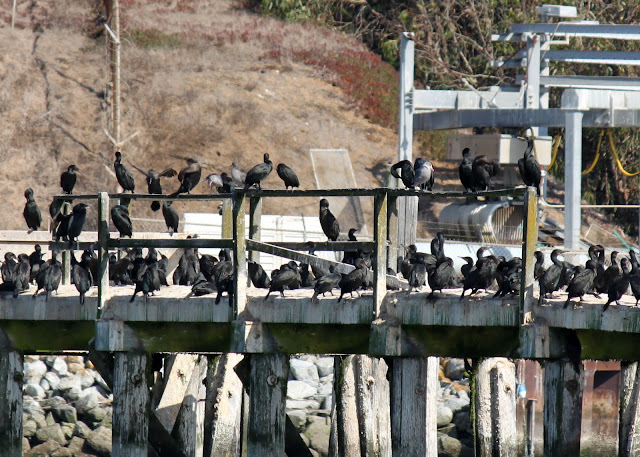 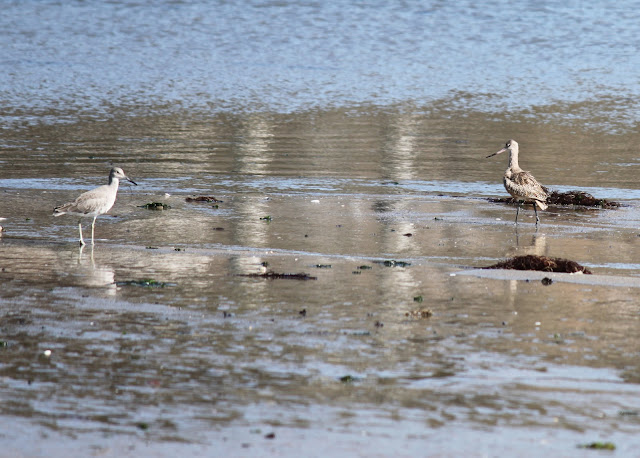 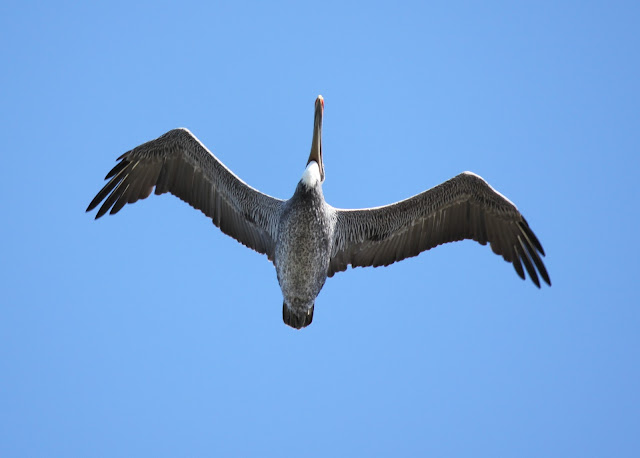 Brown Pelican
This next bird I'm not positive about but I think it's an Eared Grebe... 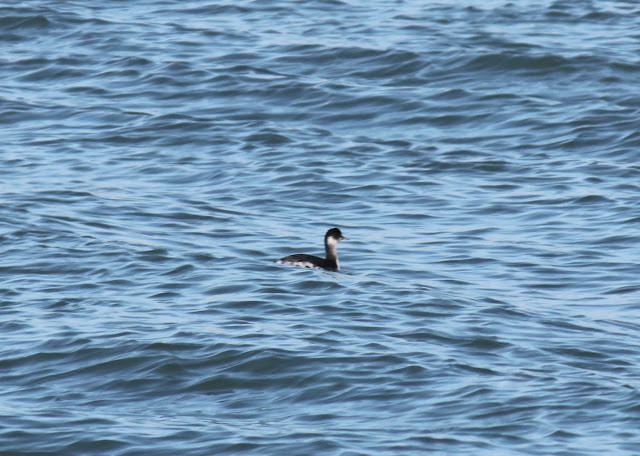 At Moss Landing we realized we had to get going quickly to get to our campsite before dark.. We set up our tent at Treebones while watching a most spectacular sunset... 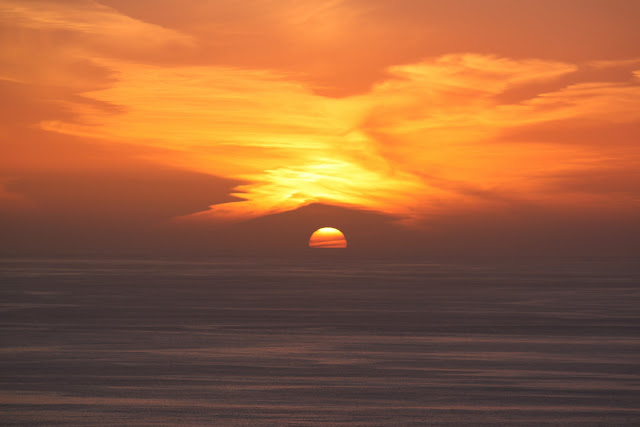 In the morning I woke to the sound of birds... lots of birds.  Our tent site was quite the bird magnet! 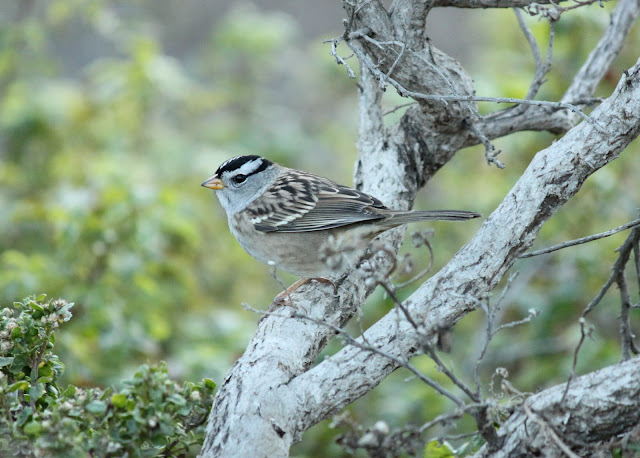 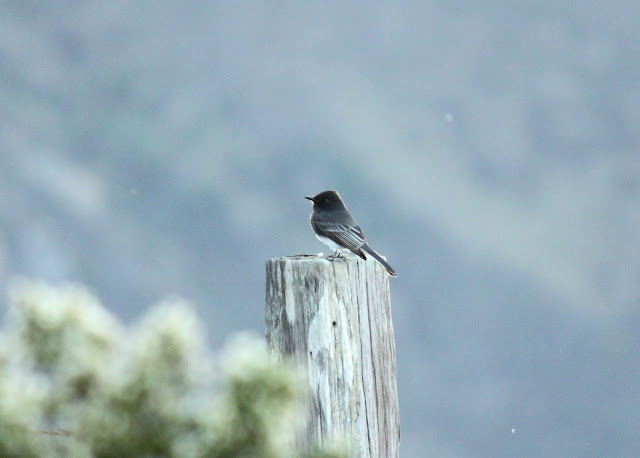 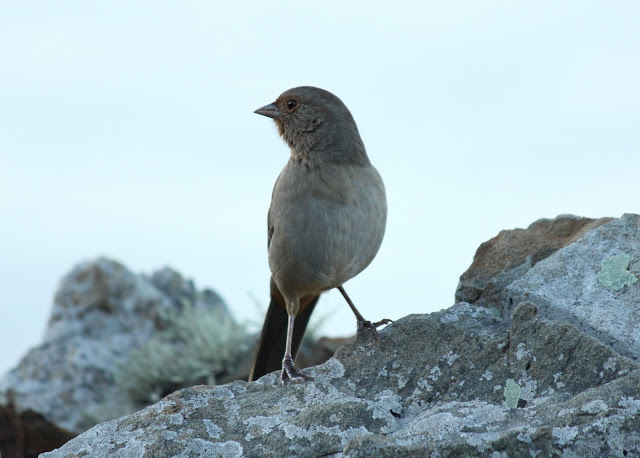 California Towhee  (a first for me!)
We also had some lizards hanging out with us... 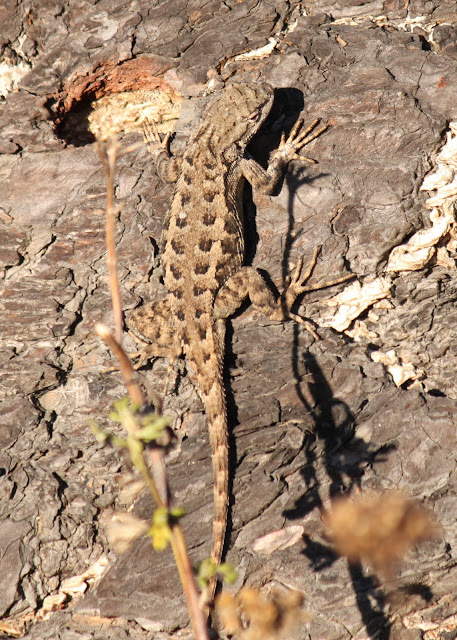 That morning we decided to take on the Cone Peak Trail just north of where we camped.   On the forest road leading to the trailhead we saw a bobcat cross the road!  My first!  The trail leads up to a fire lookout station on Cone Peak, the second highest mountain in the Santa Lucia Mountains.  Here's a photo of the mountain- Cone Peak is on the left. 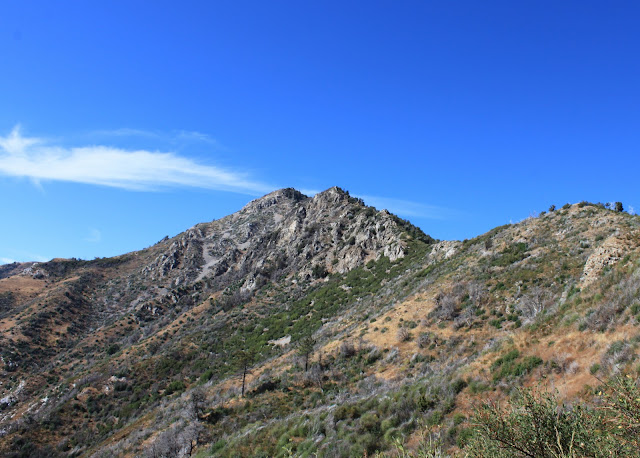 The views from the top were awesome! 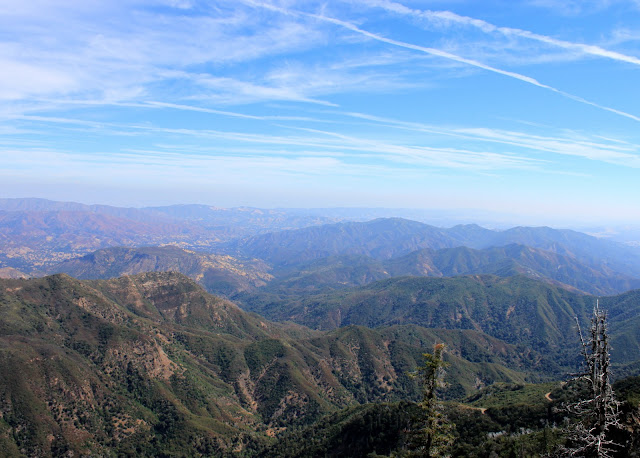 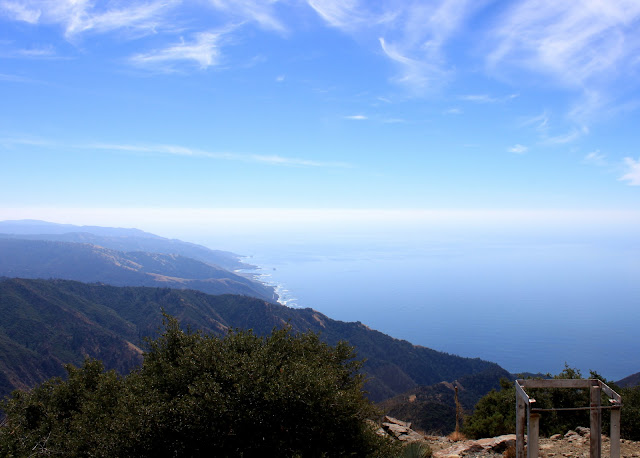 On our hike back down we saw some birds flying around below us... 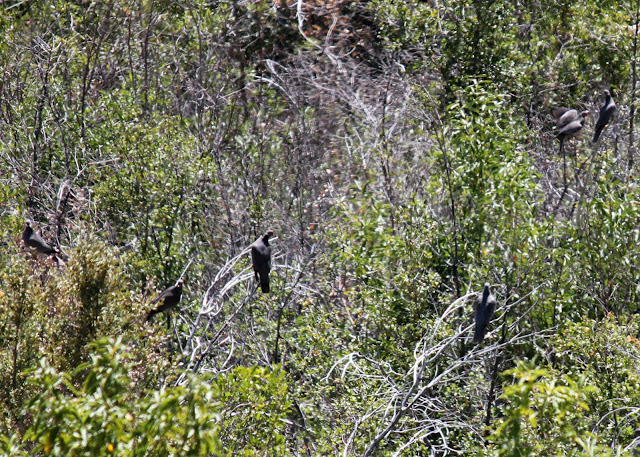 It took me forever to ID them... Turns out it's a flock of Band-tailed Pigeons... another first!
Driving back down towards Highway 1 from the trailhead my friend pointed out a giant spider in the road- a freakin tarantula! 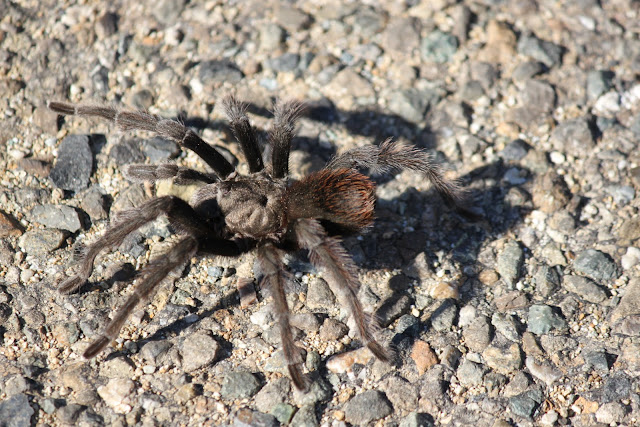 I had never seen one in the wild before... so crazy-looking!
Back on the highway we saw a vulture pick something up from the road... 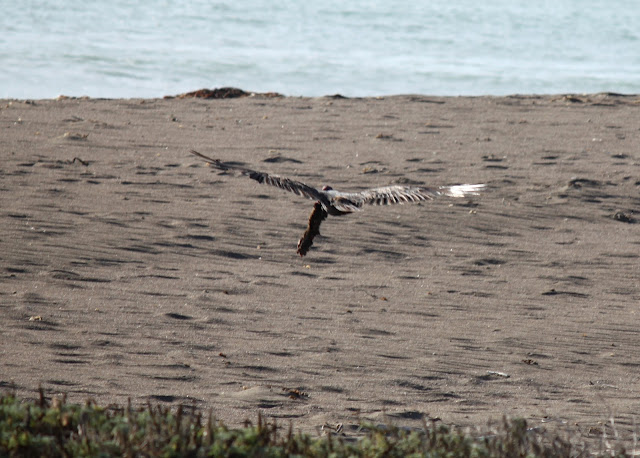 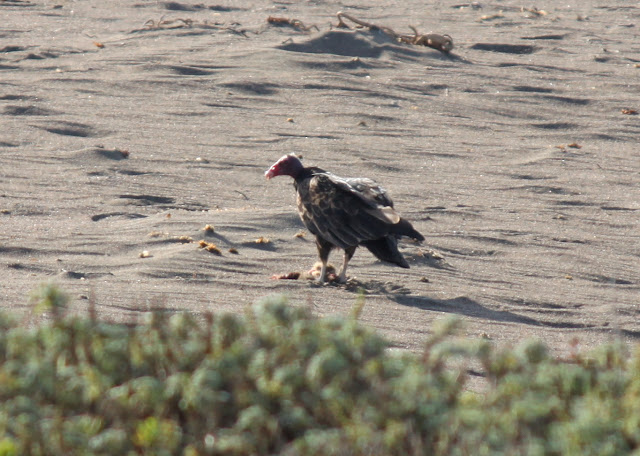