on October 14, 2010
After our big hike we decided to drive down to the elephant seal rookery just south of Big Sur... It was awesome! 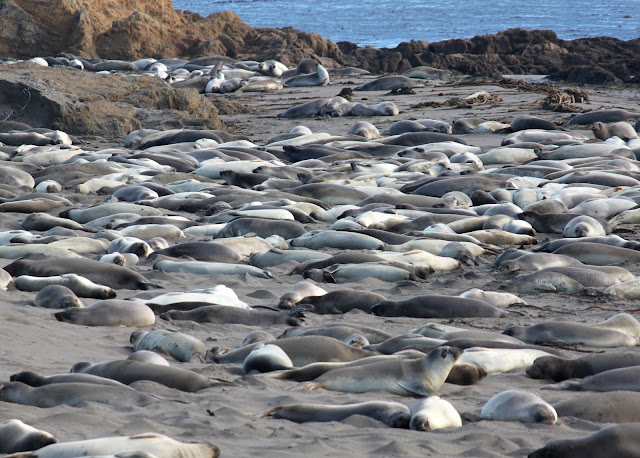 I guess there aren't any males there this time of year, but there were plenty of smaller seals... 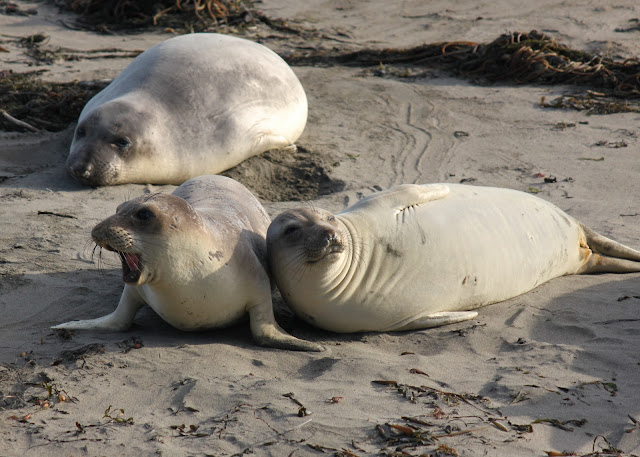 And my favorite seal: 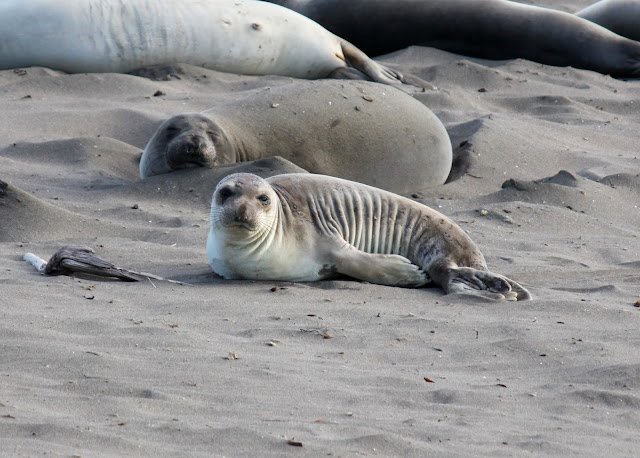 Wading near the seals in the water were some terns and gulls... 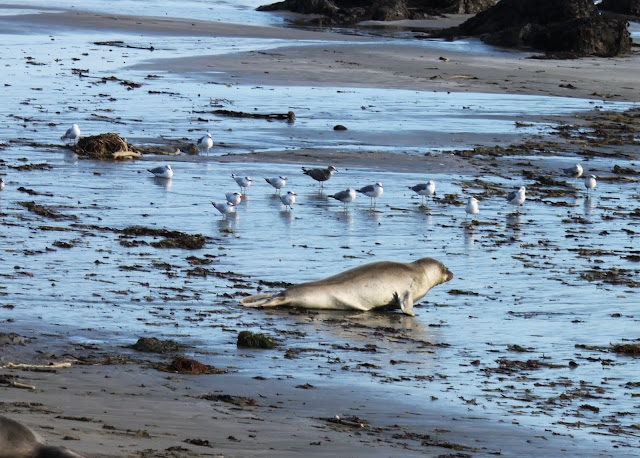 Crawling around the brush near the boardwalk were California ground squirrels.. 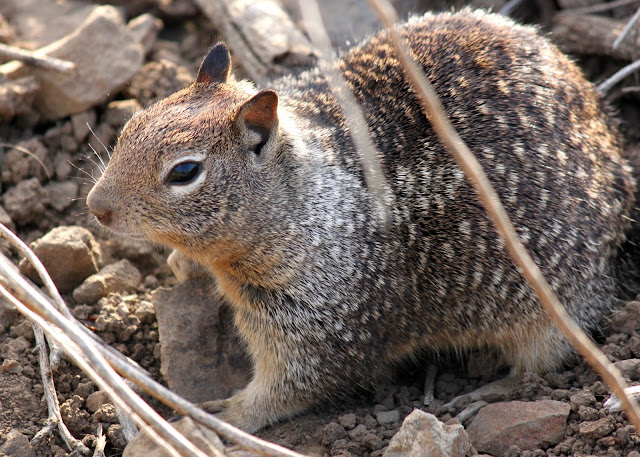 The next morning the California Thrashers woke us up bright and early... 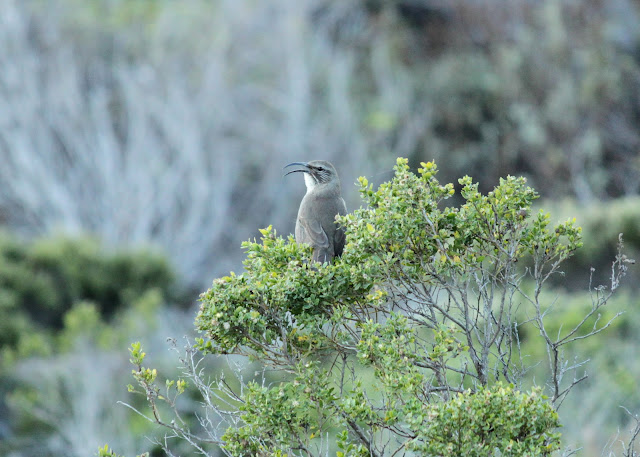 Yet another new bird on this trip! 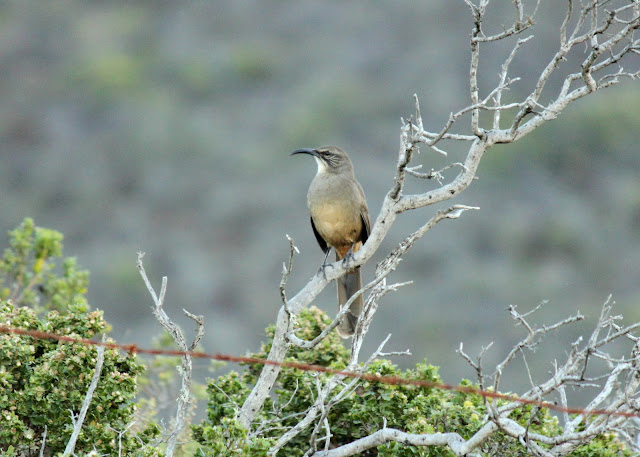 We decided to spend the day exploring different parks around Big Sur..  A Heermann's Gull at Pfeiffer Beach: 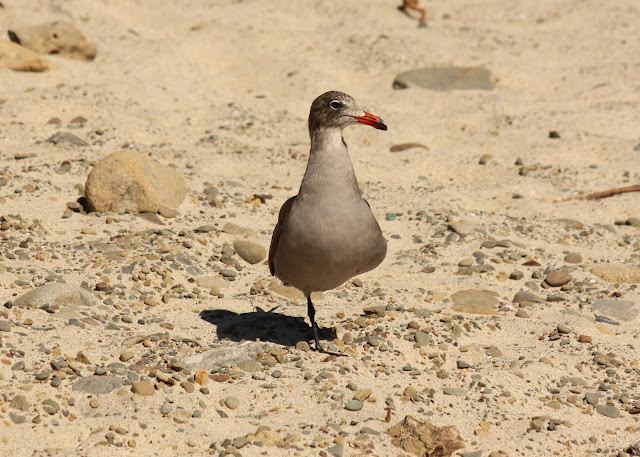 We hiked the trail to Pfeiffer Falls in Pfeiffer Big Sur State Park... There were a bunch of warblers along the trail including this Townsend's Warbler: 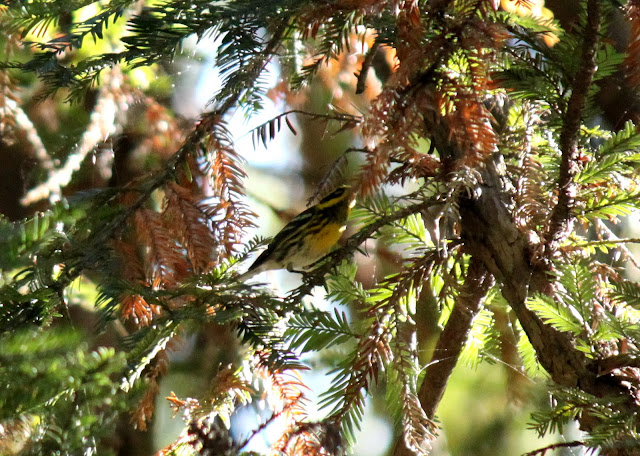 Dark-eyed Juncos hopped around on the ground.. 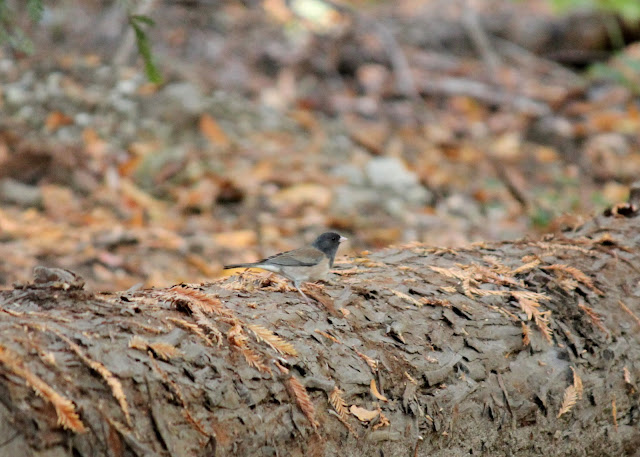 As well as some very noisy Steller's Jays... 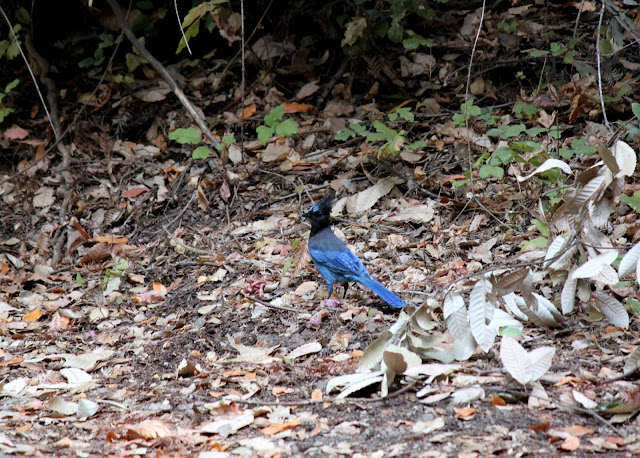 After that hike we started to worry about where we were going to camp that night... A ranger guy suggested Bottchers Gap campground at the end of Palo Colorado Road and lucky for us there was plenty of space.  In the ten minutes it took us to set up camp I noticed a pair of Acorn Woodpeckers, a junco, and another Townsend's Warbler! 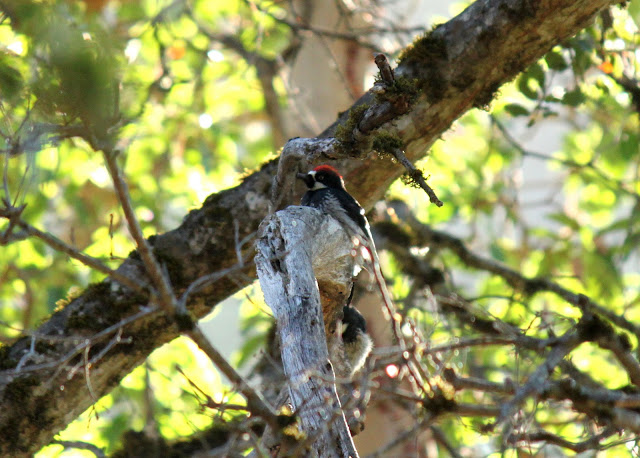 Too bad we were in a rush to get some food before dark... At dinner at Rocky Point Restaurant we watched the sunset and some pelicans fly by the sliver of the moon... So pretty.. 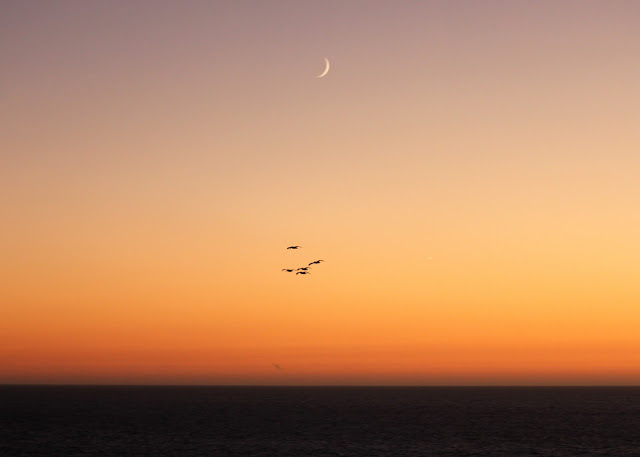 The next day we grabbed breakfast at the Big Sur Bakery and then headed to the Ventana Wildlife Society to tag along on a condor tour.  The VWS can track radio signals of certain radio-collared condors so finding them is a bit easier than just driving aimlessly.
Our first stop was at a highway turnout above a sea lion cove. 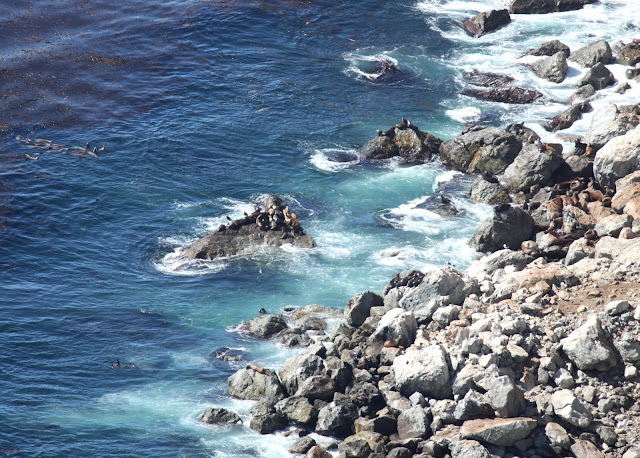 Unfortunately there were no condors there... The tour leaders did find a couple signals and we all drove south to Julia Pfeiffer Burns State Park where there was a condor in a tree.  Far far away. 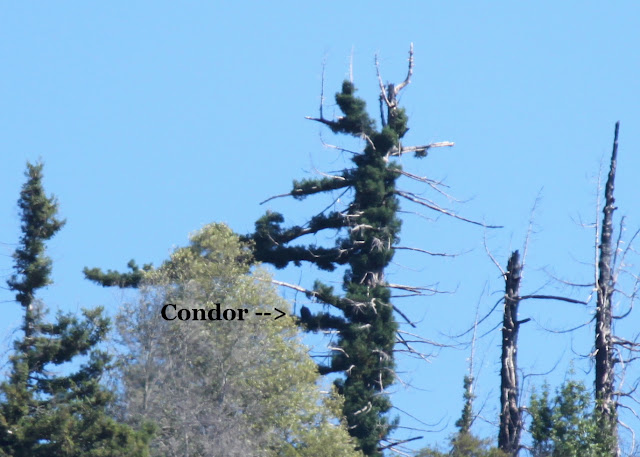 Yep that was as close as we got.... Oh well, it was better than not seeing one at all...  This concluded our Big Sur adventure, but there are still more California birds to come!
Acorn Woodpecker California Condor California Thrasher Dark-eyed Junco Elephant Seal Heermann's Gull Steller's Jay Townsend's Warbler