My brother and I decided to check out Plum Island on Wednesday so he could play with his fancy new zoom lens and I could look for new birds... It was another chilly but sunny day.  At the Joppa Flats visitor center we talked to several people about where to go.  My bro was psyched to hear of the possibility of Snowy Owls so we headed to the farthest east part of the "island."  Unfortunately we found this sign several miles before the area we wanted to visit: 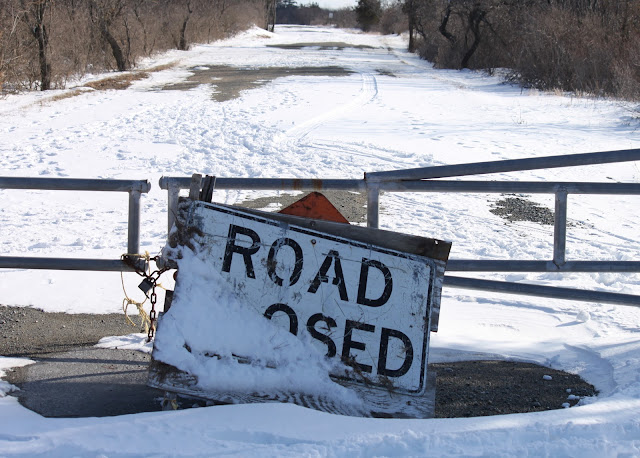 This did not deter us... We spent hours trekking down the road through varying depths of snow and managed to see lots of things, though no owls.

At the Hellcat Wildlife Observation Area: 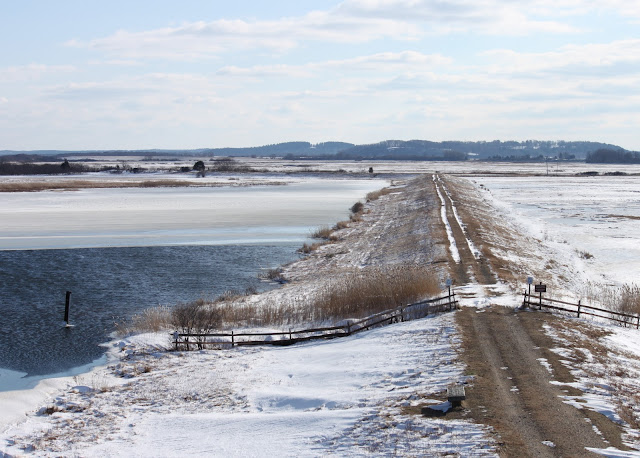 Gorgeous views but not a lot of birds... A few American Tree Sparrows were all we saw: 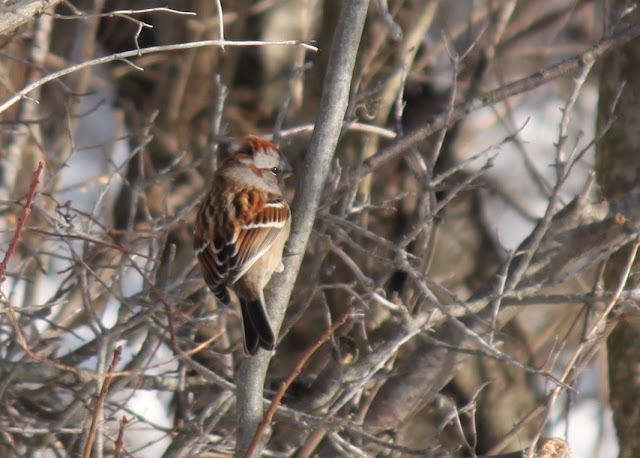 I was psyched because they were new to me... There were more at the next bird blind too. 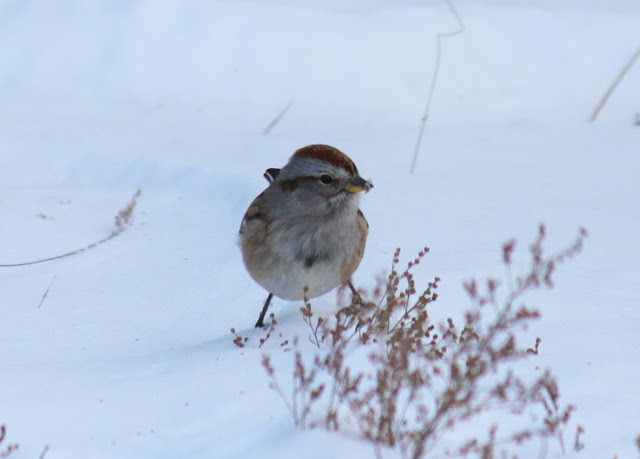 I looked up and caught a Rough-legged Hawk sailing slowly just above our heads. 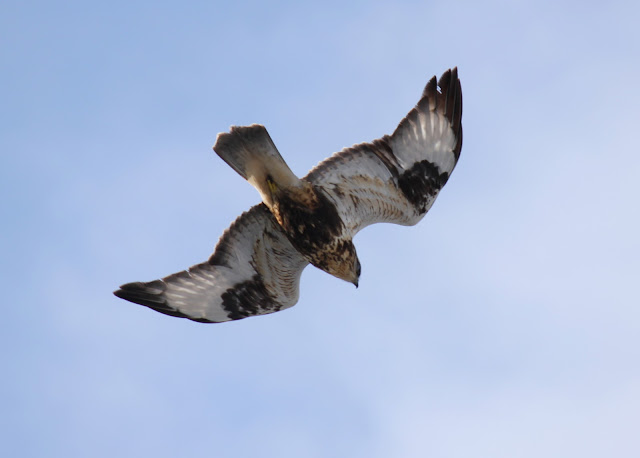 There were lots of paths off from the main road that led to views of the beach. 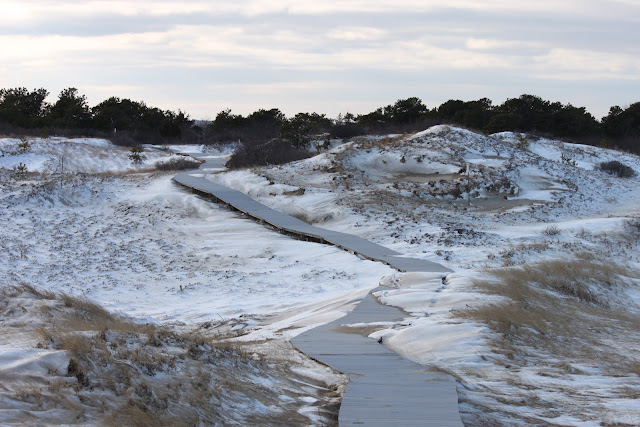 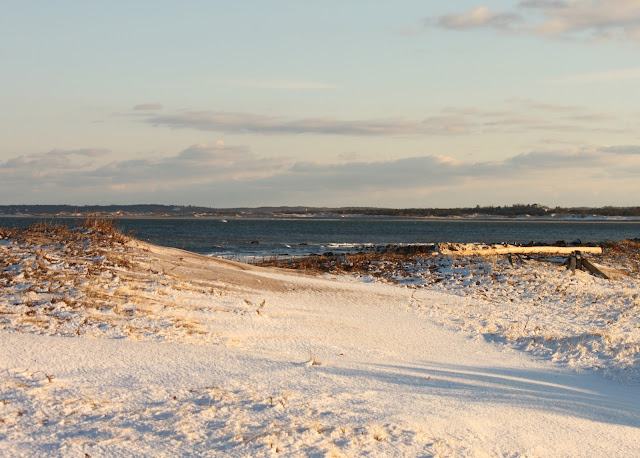 At one point I saw a bird hopping around in a bush.  I stopped to watch and eventually he popped out onto a branch and I saw it was a White-throated Sparrow... 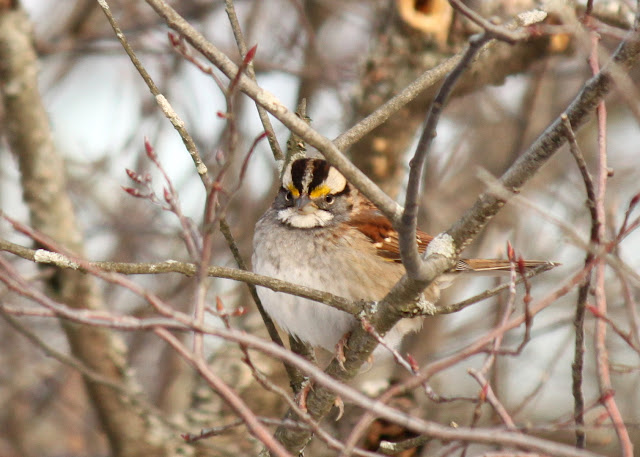 Up the road we saw a bird picking at berries in a bush.  When he took off with a berry I saw this wing pattern: 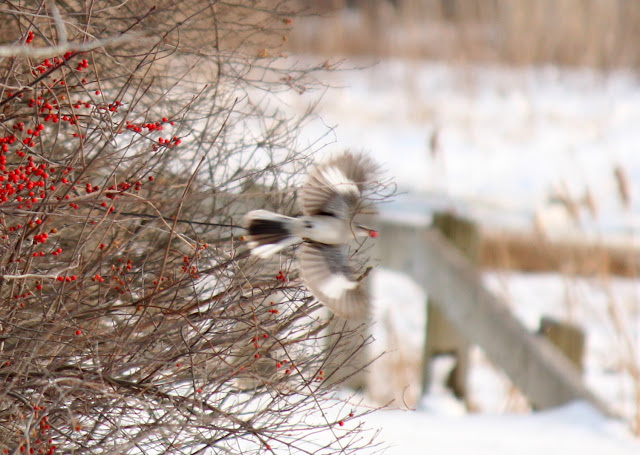 I had thought it was a shrike at the time, but later we found this bird: 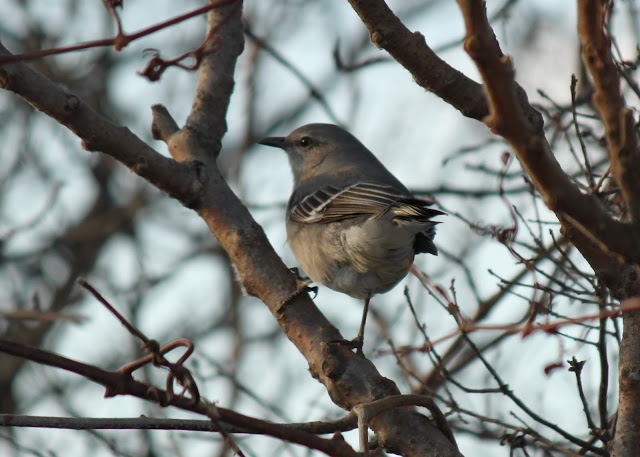 A Northern Mockingbird!  I learned that their wing pattern is very similar to that of a shrike.  Still, a new bird for me!  We ended up seeing another one just before we turned around to head back.. 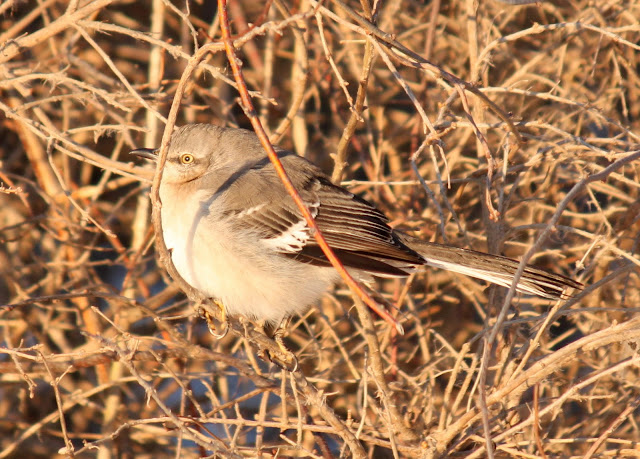 All puffed up and nowhere to go... Well, until it flew straight at us! 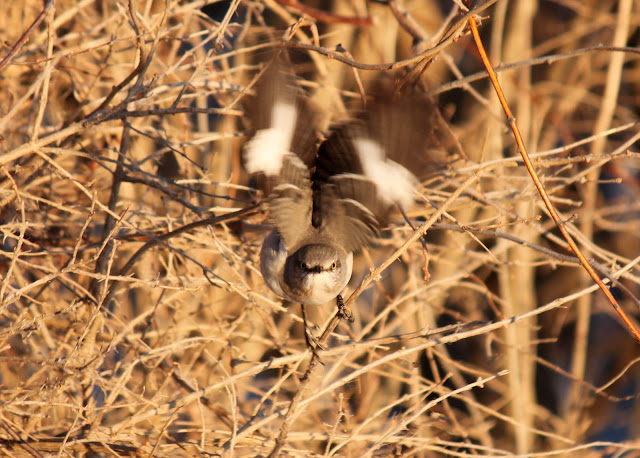 Eek!  It was a long walk back to the car but we made it before it was completely dark out.  Wish we had more time to explore the rest of the area... hopefully I'll be back soon!

That was it for my trip bird-wise... 10 new birds- not bad for not expecting much!  Happy new year!
Email Post
Labels: American Tree Sparrow Northern Mockingbird Rough-legged Hawk White-throated Sparrow