I went up to Ridgefield yesterday morning, inspired by the epic sunrise that was going on.  There was no point in taking a photo of it, it was just too beautiful to capture.  Washington was a bit foggier and grayer, though still pretty nice.

As soon as I arrived I realized I was the only one there.   Then I heard gunshots and realized it was a hunting day.  Boo.  I made the loop anyway.

The brightest bird I saw all day: 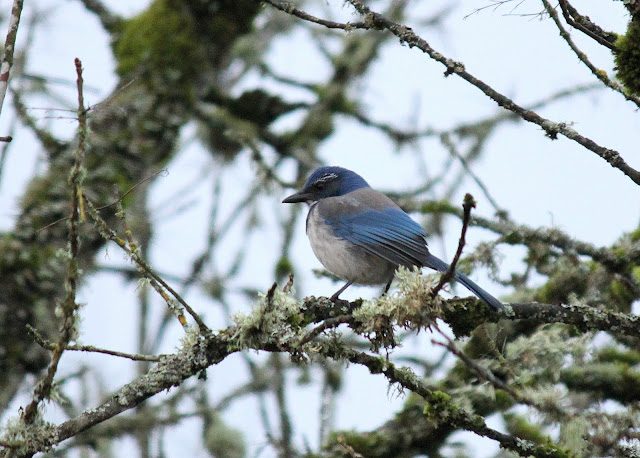 In the water were the usual pintails, mallards, and geese... 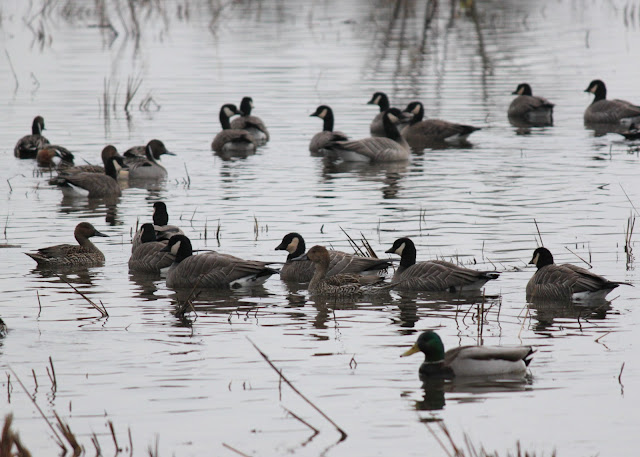 It was shaping up to be a real let-down of a trip.  When I reached the wooded area I put a lot of effort into getting photos of some little guys that were too far away for good photos.  Didn't stop me from trying.  Anyway, I peeked in the back seat and Jake was sitting looking bored.  Ralph was sitting backwards, facing the back window.  He's kind of a weirdo so I didn't think much of it.  I kept looking for birds.  Then I thought, well what if something is behind us and I'm missing it? 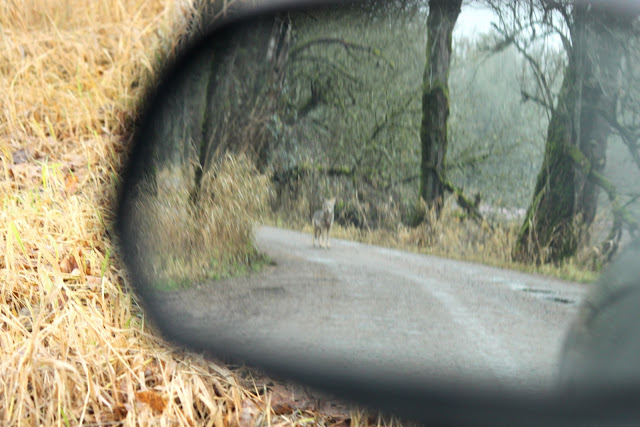 Aha!  We were being followed.  And Ralph amazingly was sitting calmly watching.  Jake was oblivious. 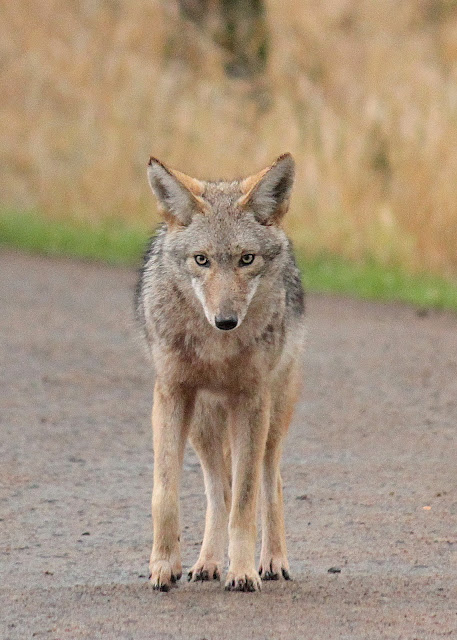 He continued to follow us.  I would drive a few feet and stop to take pictures, then he would walk towards us until I drove a few more feet.  It was awesome.  He did all the right dog-like moves.  Licked his lips.  Yawned.  Looked away.  He was being pretty damn polite. 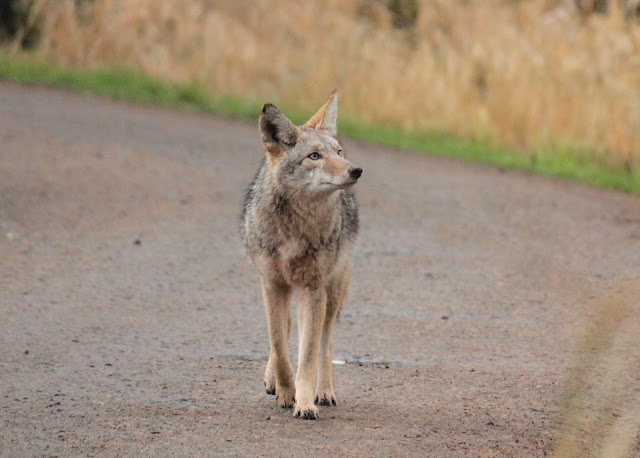 You might recall my coyote post last week... Now here I was again, being followed.  It's GOT to be Ralph.  I've never had coyotes shown interest in me or follow me... But now that I have Ralph I'm a freakin coyote-magnet. 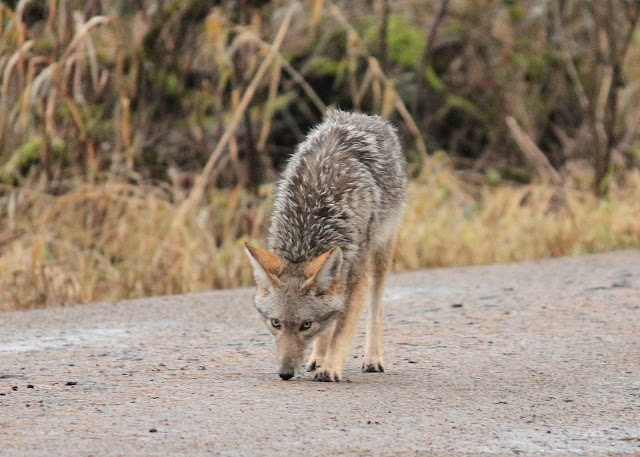 I don't know how long we were being followed for, but after a bit he turned around and walked back up the road.   He (or she) had made an otherwise tame trip pretty exciting!

On the way out there were some other folks in the road. 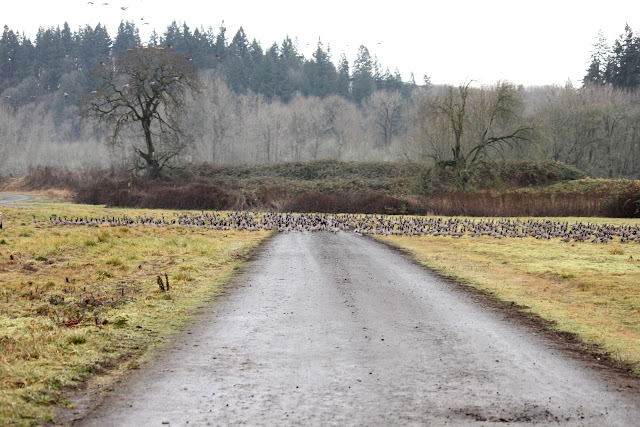