I made a new year's resolution this year to see a lot more birds.  I got started right away yesterday with a trip to Tualatin River NWR.  The temperature was about 25 F.  I lasted a little over an hour before losing feeling in the fingers required to operate a camera.

Some highlights were this chilly-looking Fox Sparrow: 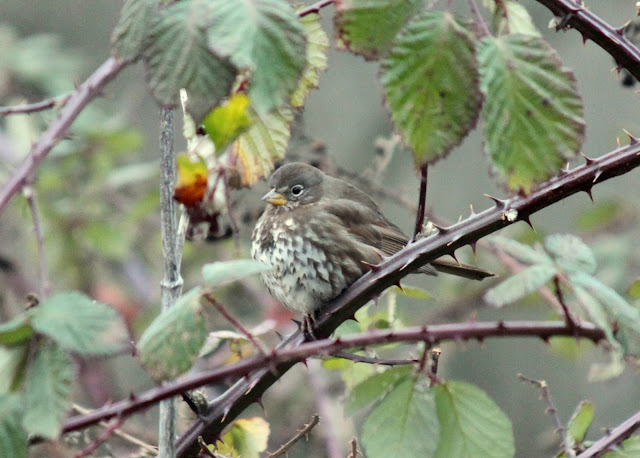 And a Ruby-crowned Kinglet with a visible ruby crown! 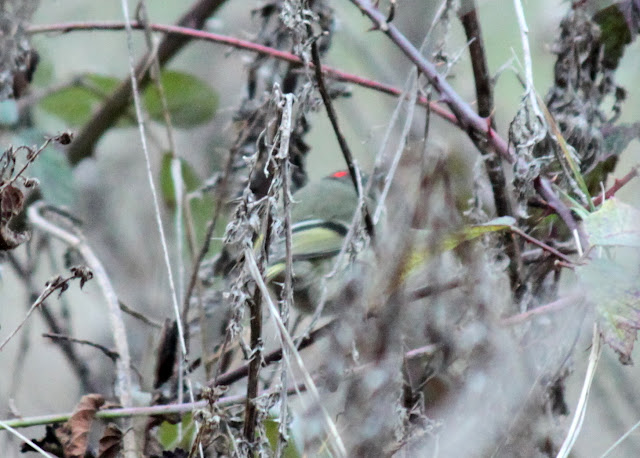 Bad photo, but it was cool to see for once... 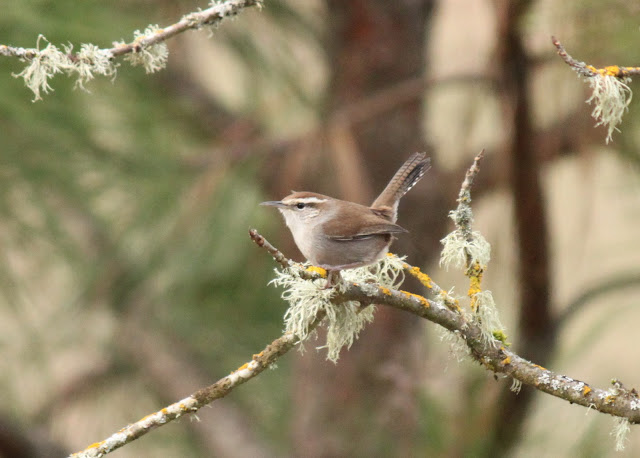 This morning I was heading to Ridgefield for a quick loop of the auto tour but was quickly sidetracked by the epic sunrise.... 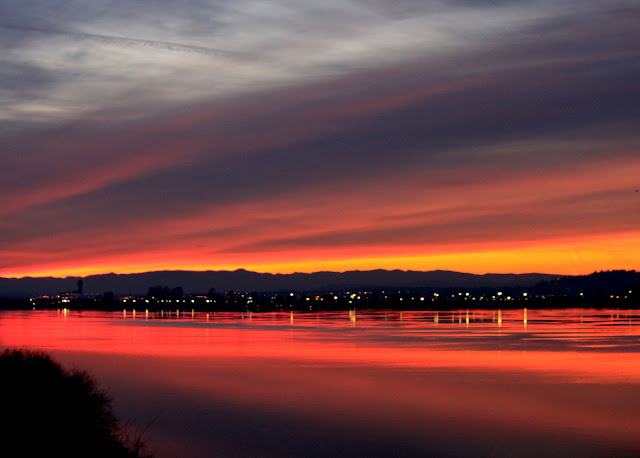 Hell yeah!  At Ridgefield things were pretty mellow... The highlight for me was a Varied Thrush: 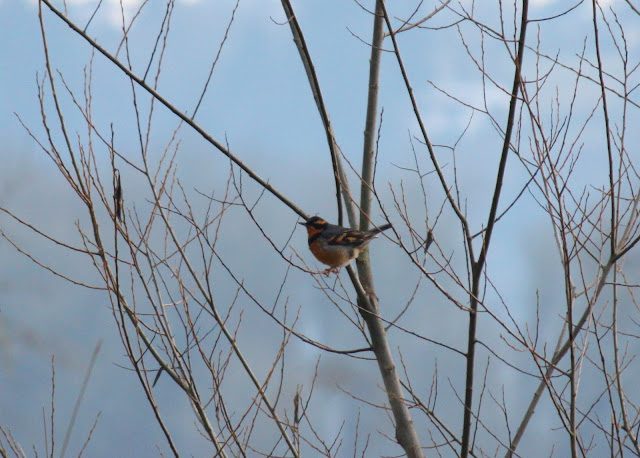 And a harrier perched on a log giving me the stink eye: 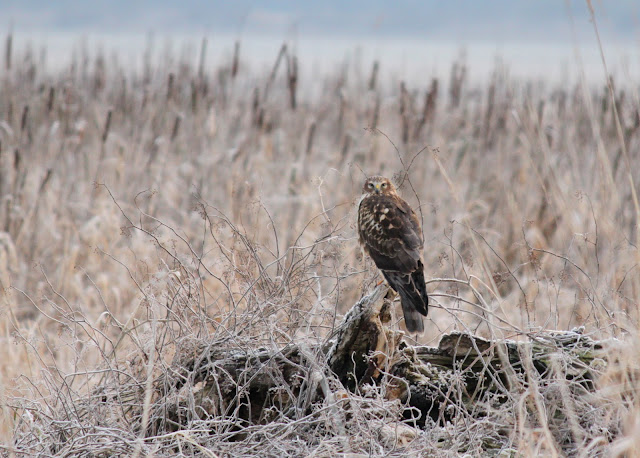 After Ridgefield I planned to head out to Cascade Locks to find the Harlequin Ducks since I still had not seen any ever...  They were exactly where someone said they were yesterday, between the Cascade Fish Hatchery and a foot bridge in Eagle Creek. 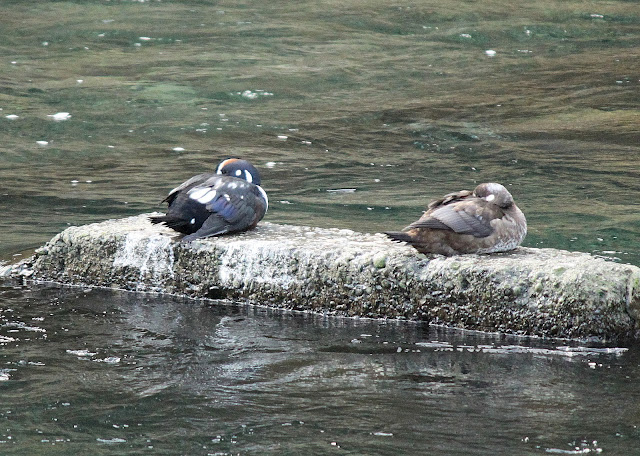 If only they had been awake!  Oh well, a new bird is a new bird... A pair of Common Goldeneyes flew by while I was standing there... 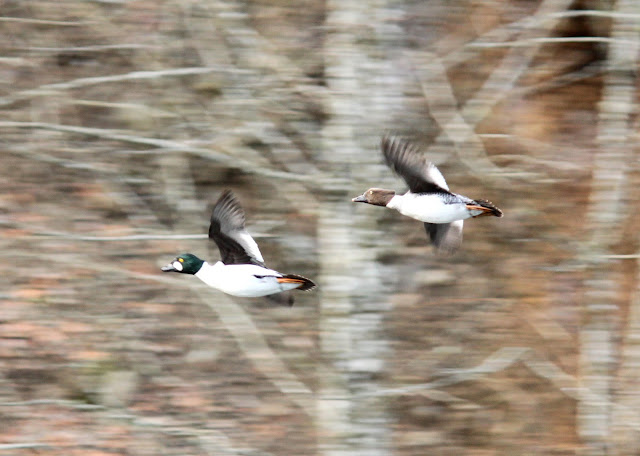 Further up the road were some birds poking around on the ground... Mostly juncos and sparrows, but also this Hermit Thrush: 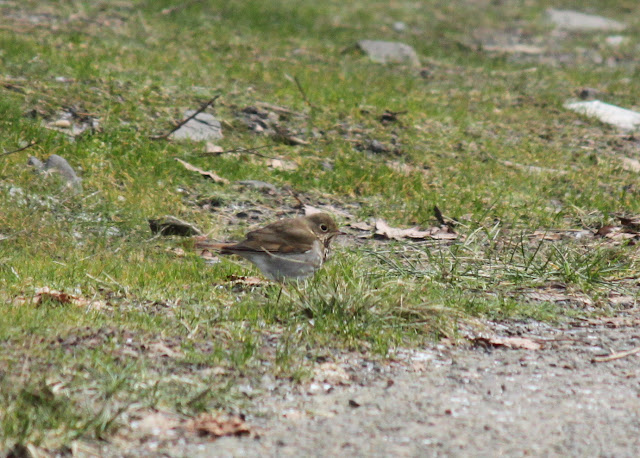 After stopping at home for lunch I figured I'd take the dogs for a walk along Broughton Beach and search for the Tufted Duck.  It was a gorgeous afternoon though still pretty chilly.  Luckily I remembered to double up on socks and gloves. 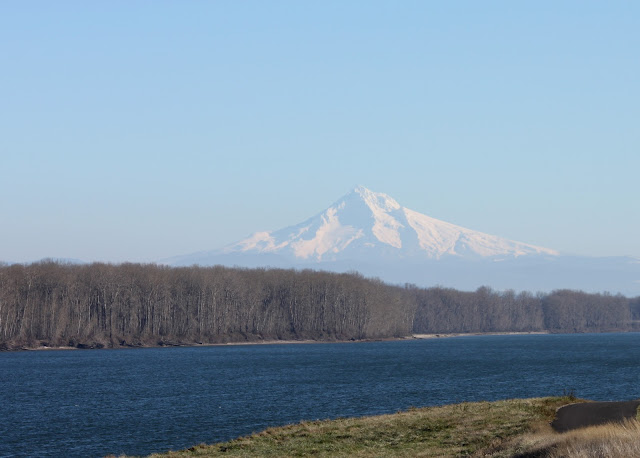 I didn't find the duck... But I did find a flock of these guys: 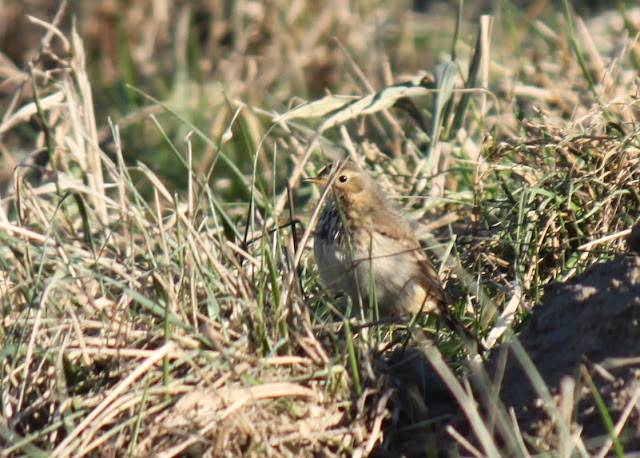