Ok, I don't know what I was complaining about last week- it seems all my yard birds are back and better than ever... The first thing I noticed this morning was a junco that didn't look quite right.  It looks very similar to a Cassiar Dark-eyed Junco but I'm not sure. 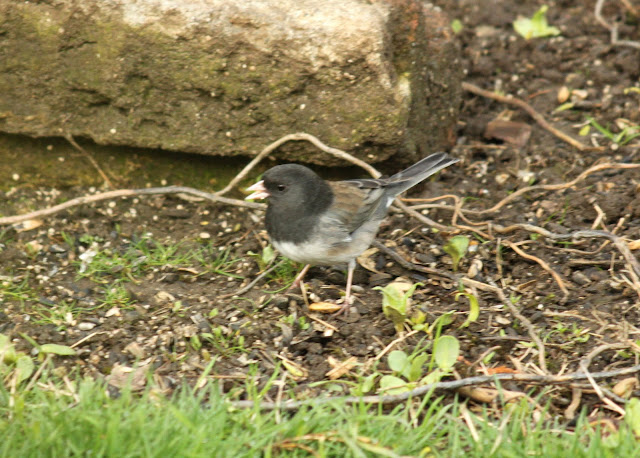 My windows are double-pained and warped in spots so most of my window photos come out blurry.  Boo.  But you get the idea. 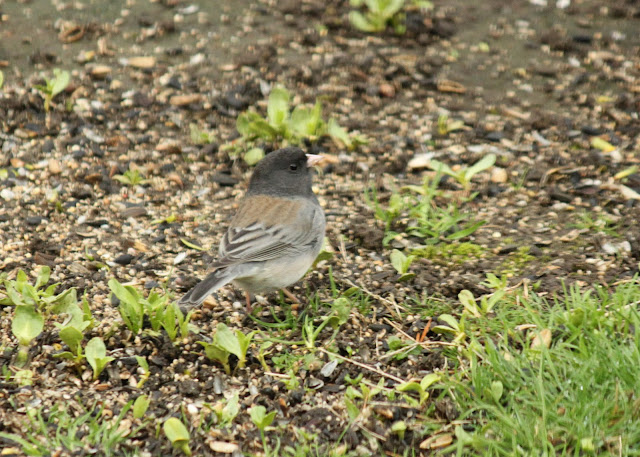 Then there was another junco with a dark ring around his neck.. I thought it might be juvenile Oregon junco starting to get his dark hood? 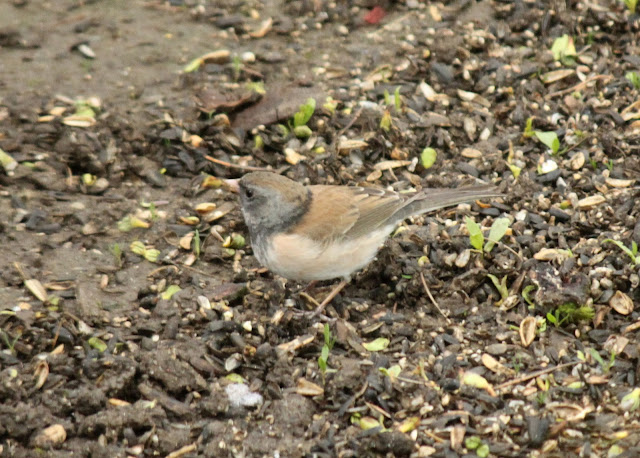 And yet another junco- this one stood out because it seemed so pale compared to the rest- maybe a female Oregon or Slate-colored? 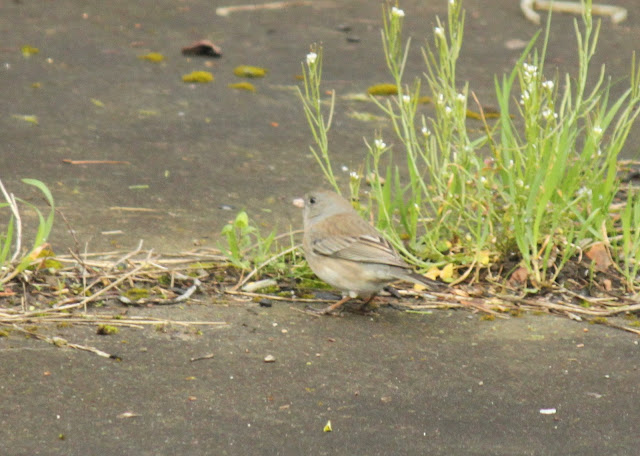 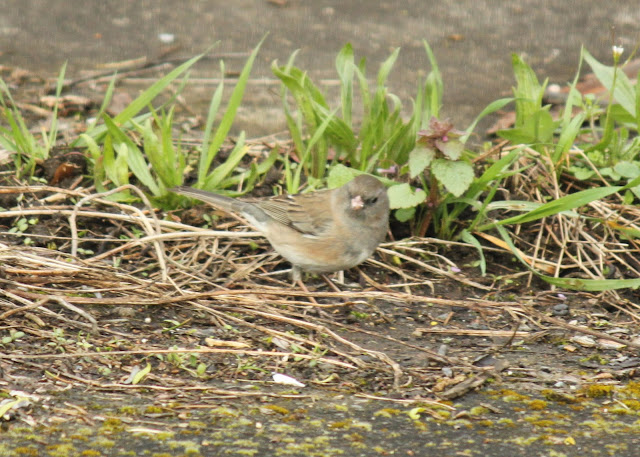 And then there were plenty of regular Oregon Dark-eyed Juncos... 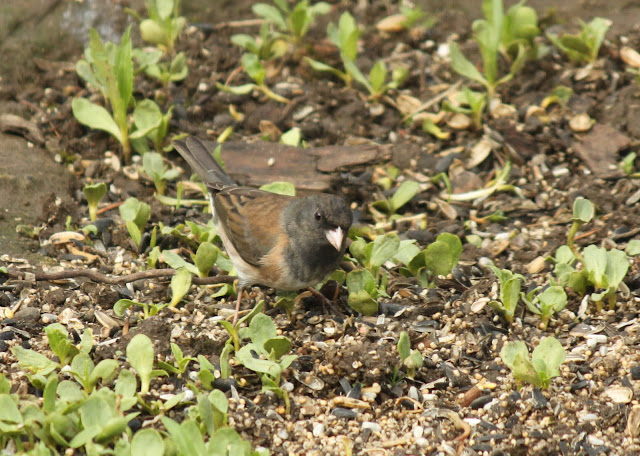