My first morning in Waikiki I noticed the White Terns.  They were mostly flying in pairs over the ocean, often synchronized, and then flying overhead to trees behind me... They are one of my new favorite birds. 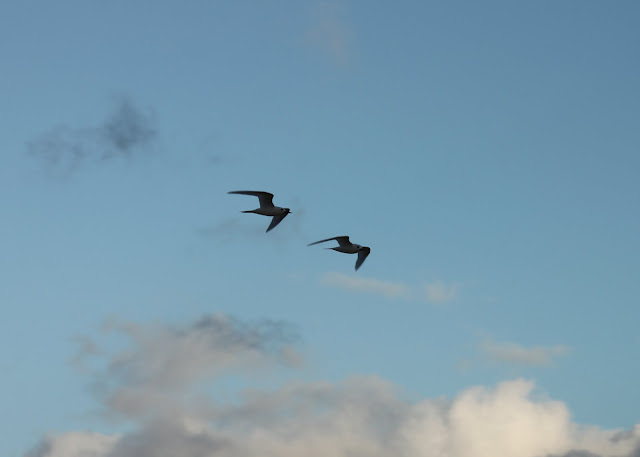 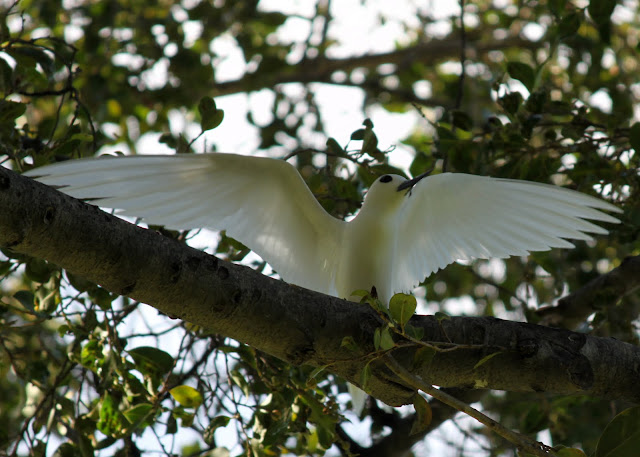 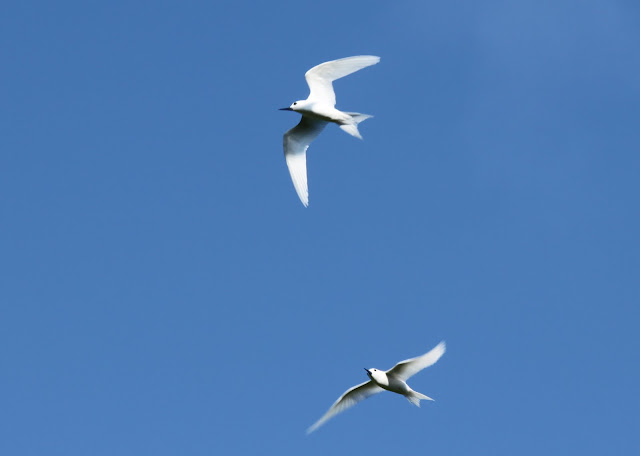 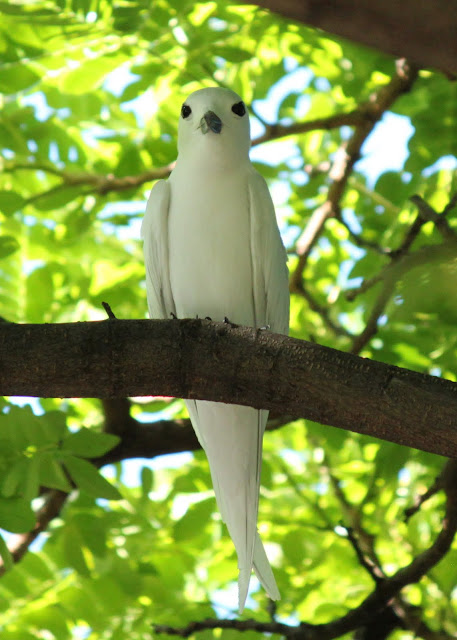 The next awesome bird up is the Red-crested Cardinal.  I first caught sight of some at Hanauma Bay Nature Preserve where I went snorkeling for the first time.  Snorkeling was rad, but no photos because my camera was safely locked in a teeny locker.  Here is the cardinal: 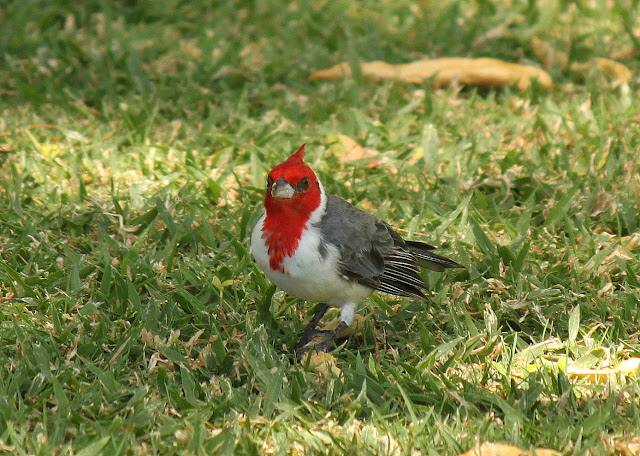 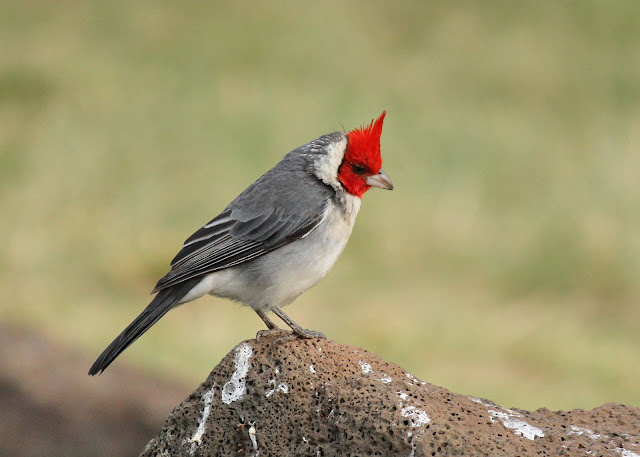 At a farmer's market near Diamond Head there were some with brownish crests, young ones? 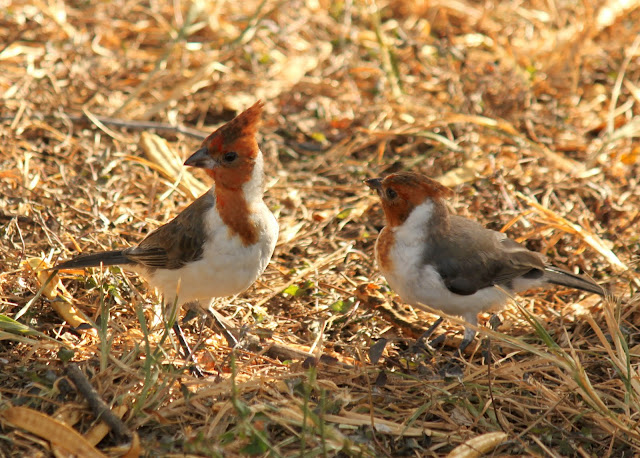 At Hanauma Bay I got nice views of a Red-vented Bulbul, one of many I saw on this trip... 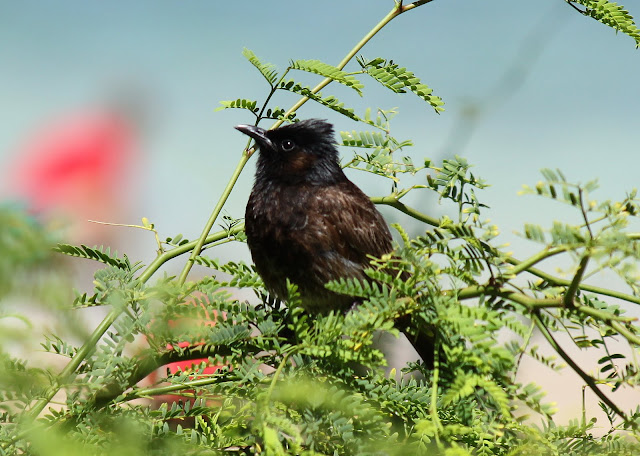 After I hiked Diamond Head I sat down to eat a granola bar.  The second I pulled it out of my bag, this bulbul plopped down next to me... 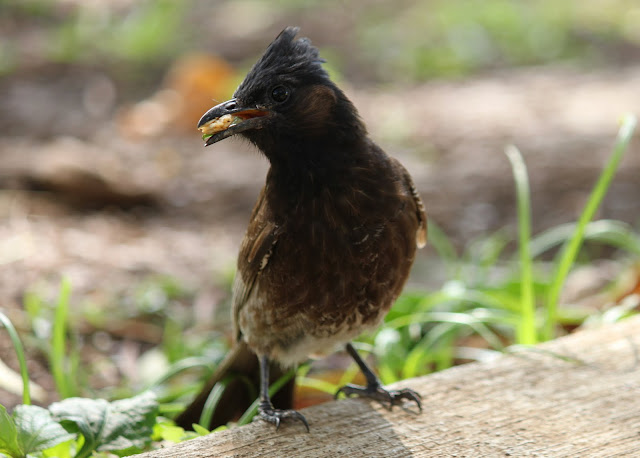 And a photo where you can actually see its red bum: 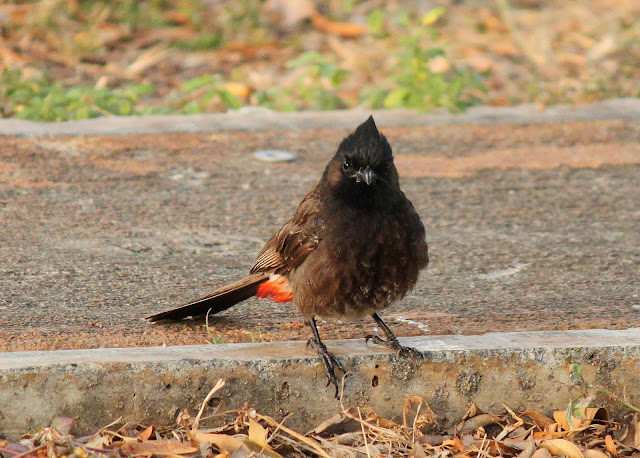 Oahu has tons of wild fowl, which I found surprising.  Not sure if they all fall under the "junglefowl" category or what... I did a quick google search and came upon some weird cockfighting forums that I'd just as quickly like to forget.  Vomit.  Anyway, here are some birds: 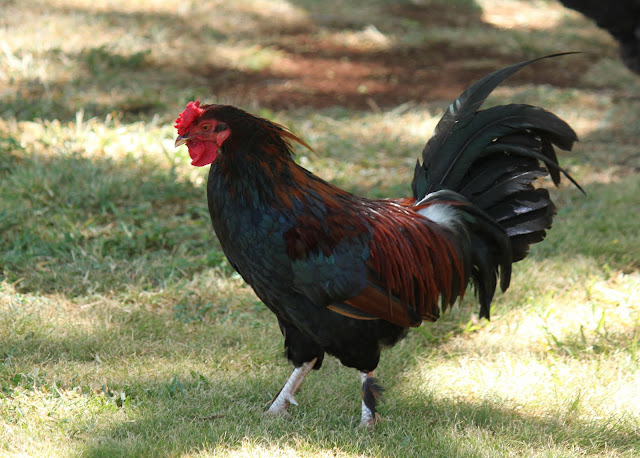 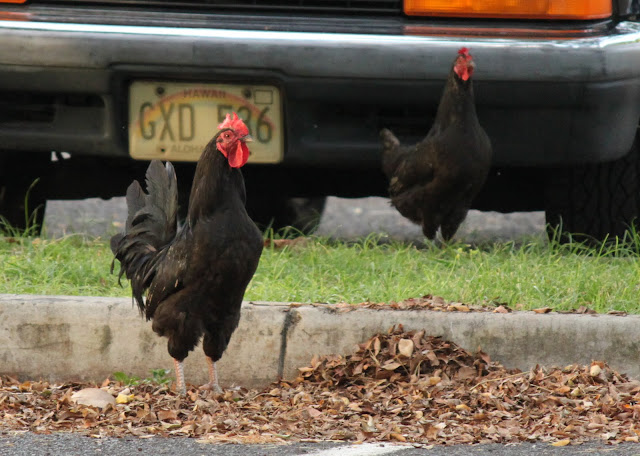 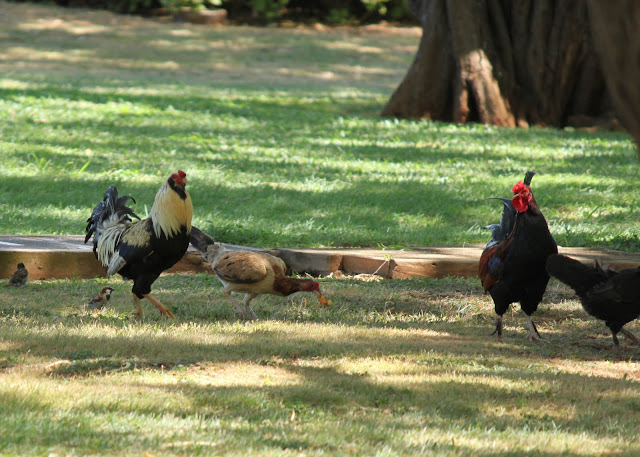 At Hanauma Bay hanging right near the fowl were Spotted Doves: 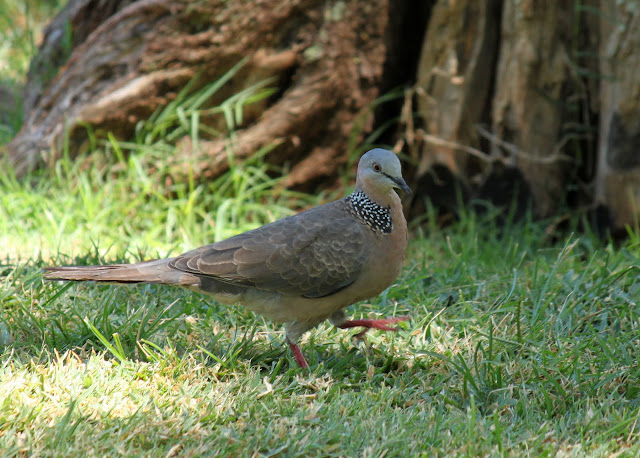 My first morning in Hawaii I walked that boardwalk in Waikiki where the guy was letting Zebra Doves land on his arm.  It was also where I saw a Black-crowned Night Heron.  The first of many on my trip.  He was very grey. 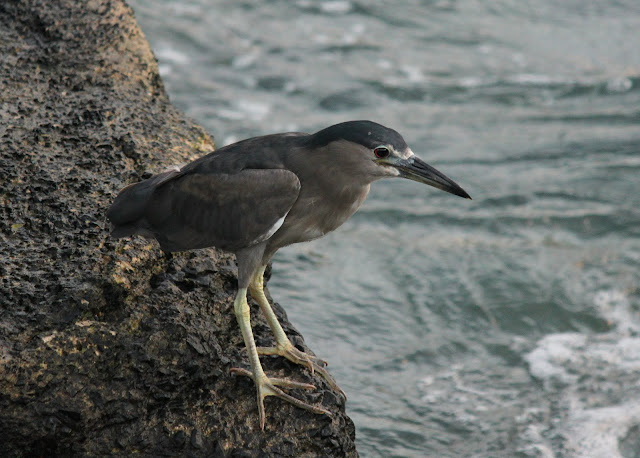 A wave splashed over him and he flew up to the boardwalk not far from me. A few days later I walked over to the Hilton in Waikiki with some friends to check out their random bird displays, and found a night heron hanging out with the resident storks and flamingos. 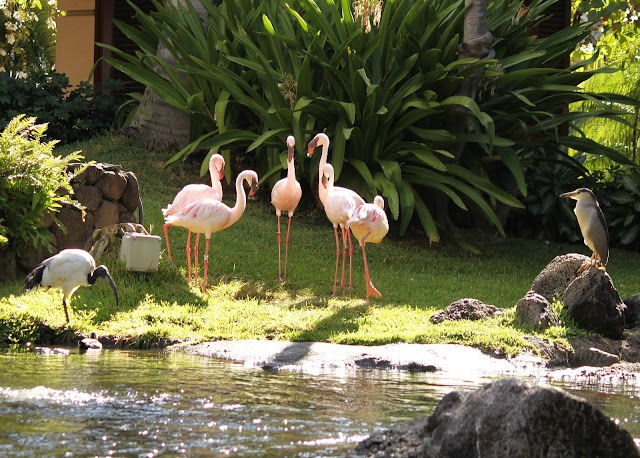 Behind a vegetarian grocery store in Kailua: 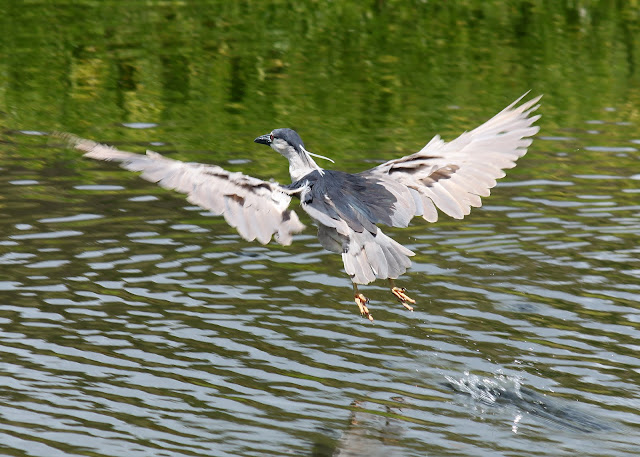 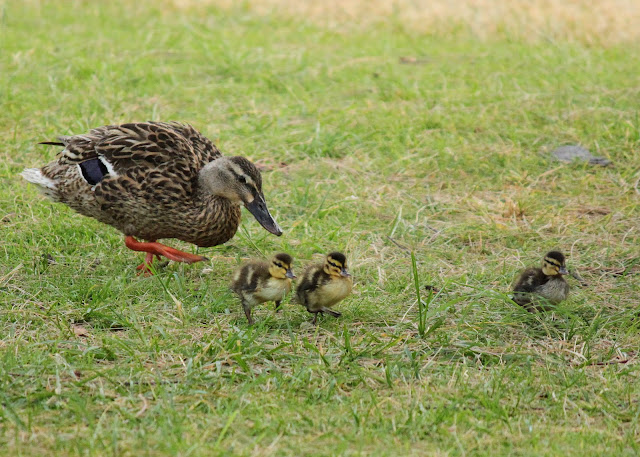 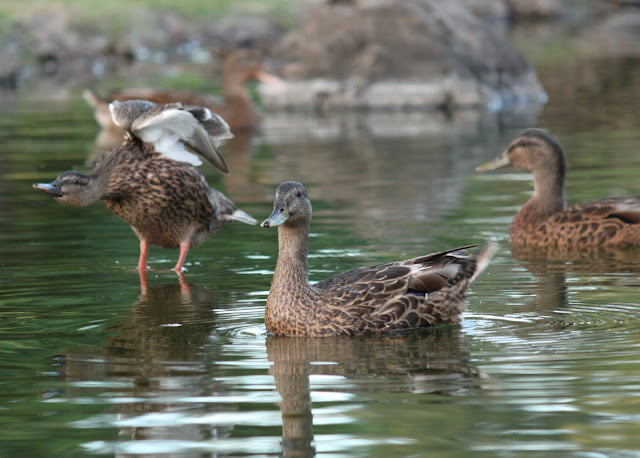 That's it for birds for now... I'll leave you with a photo of Hanauma Bay: 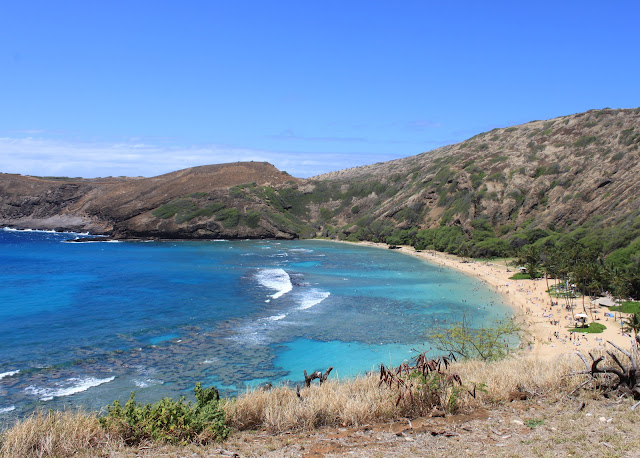 And a dragonfly at Kapiolani Park: 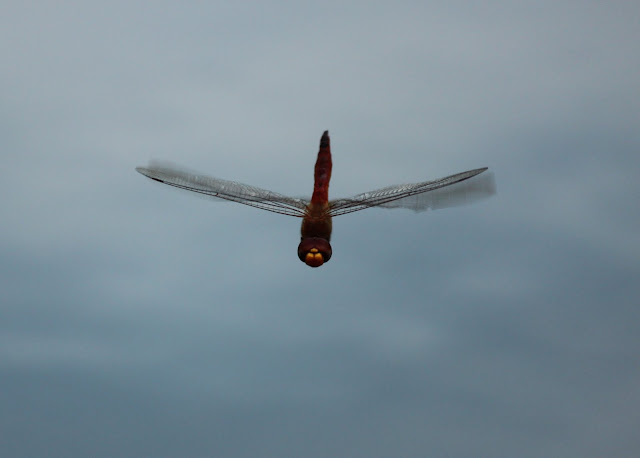