on July 02, 2011
I drive way too much, I admit it.  Especially to go look for birds.   But today I dusted off my bike, put some air in the tires, and headed off to Force Lake and Vanport Wetlands to begin my new bird list, a motorless bird list.  It was only a 15 minute ride to get there and it sure felt nice to be back on my bike.

At Force Lake I locked up my bike and left a scrub-jay in charge of scaring off the bums that live in the woods. 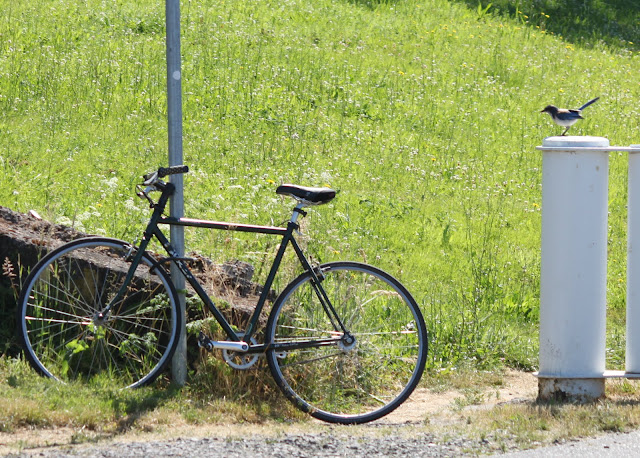 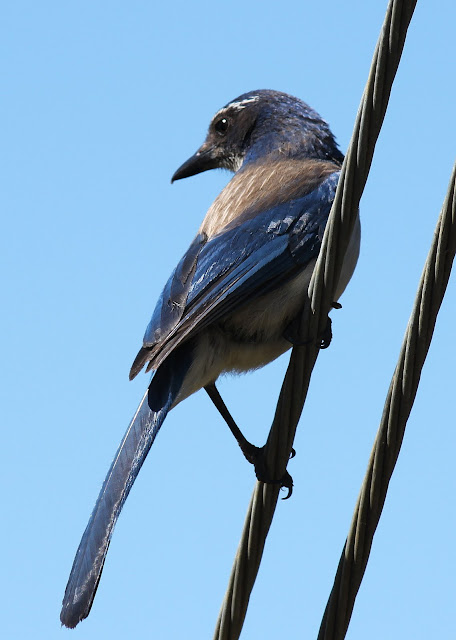 The fun thing about starting a new bird list is that every bird is a new bird... It made me pay more attention to the regulars. 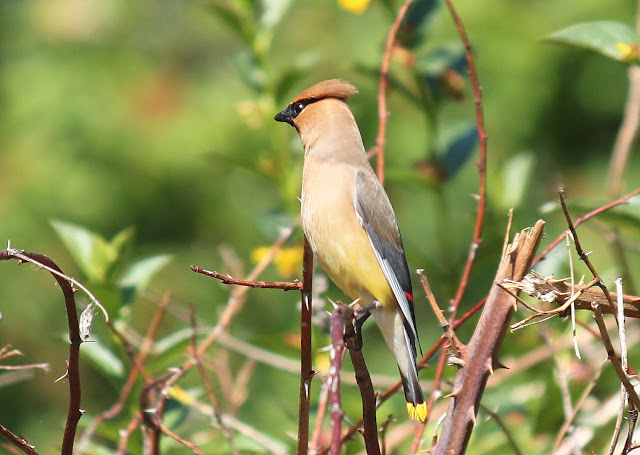 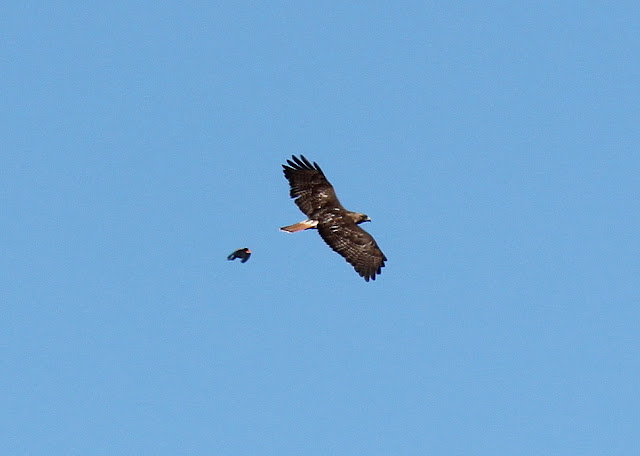 At one point I saw couple of Great Blue Herons fly across the lake towards me but I lost sight of them somehow.  Then I looked up. 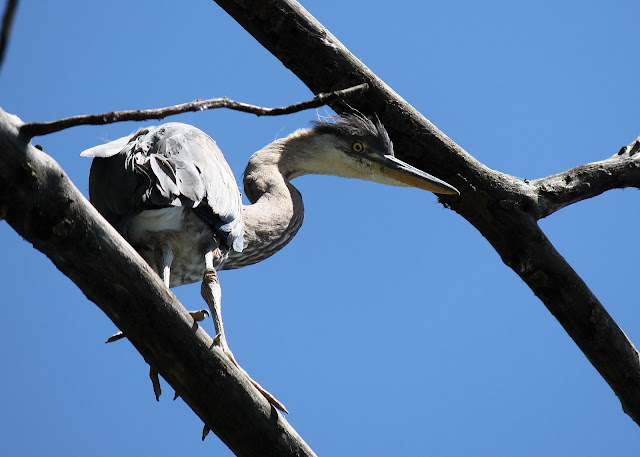 Soon after the other heron landed on another branch... 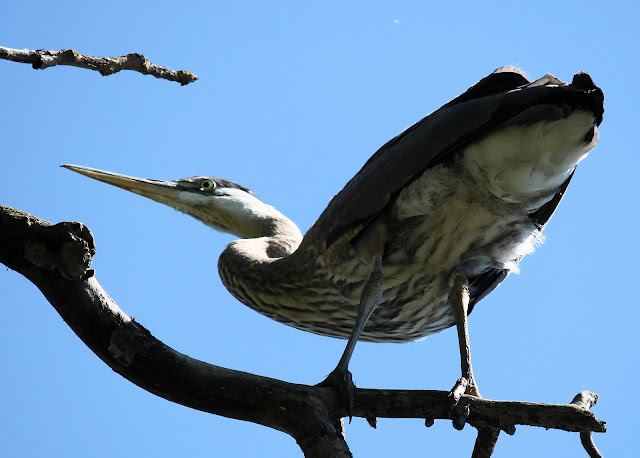 All I could think of was watching that heron at Ridgefield take a giant crap on the road...  Thankfully, these two didn't have to go.  They seemed kind of curious about me, but not really concerned.  They both seem to be juveniles and there was another juvenile across the lake perched in a tree also.

I watched them for about ten minutes from below before moving around the lake for another view... 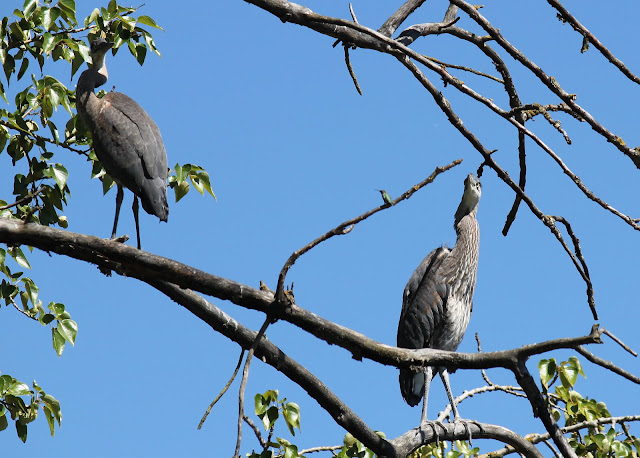 See the little Anna's Hummingbird on the branch between them?  Ok, just one more heron shot as one flew back across the lake to join the other heron. 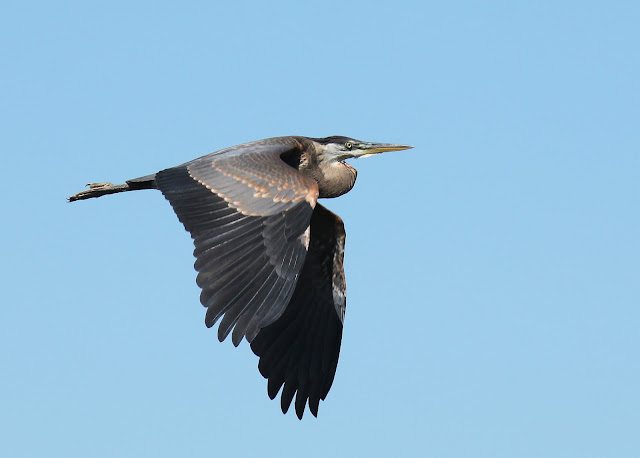 While I was standing underneath the herons I watched a Black-capped Chickadee carry inchworms to its nest cavity.  Probably the same chickadee from the last post. 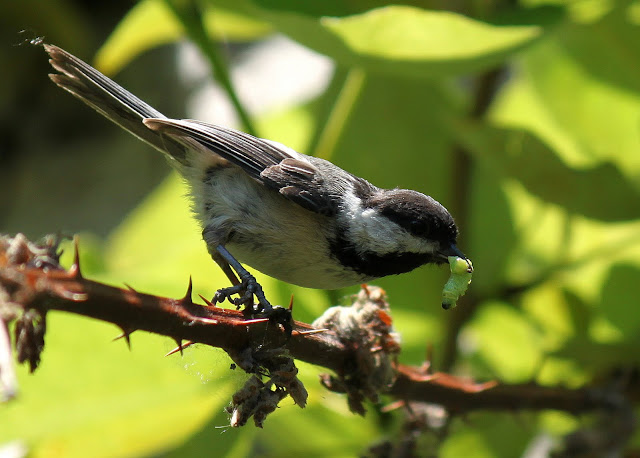 After the lake I walked down the road towards Vanport and watched a Common Yellowthroat singing on some barbed wire protecting the golf course. 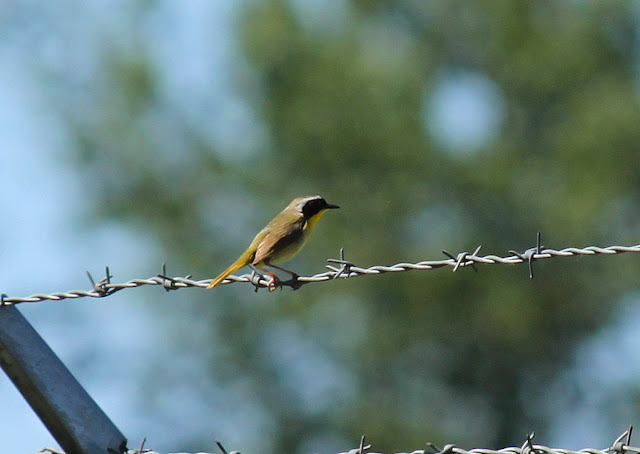 In the slough adjacent to the dog park was a Wood Duck mama with at least five ducklings. 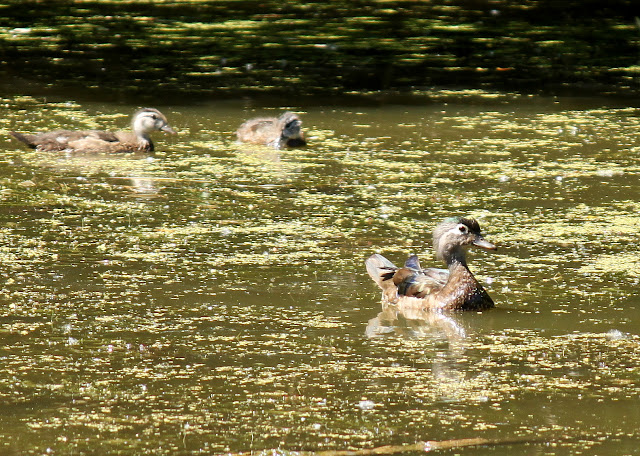 At Vanport I added many more species to my list... 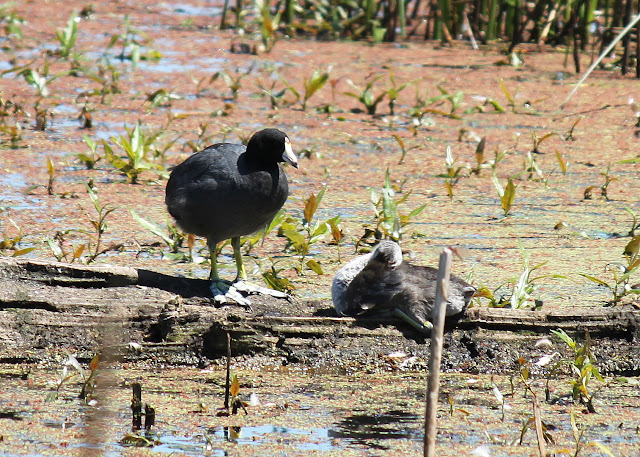 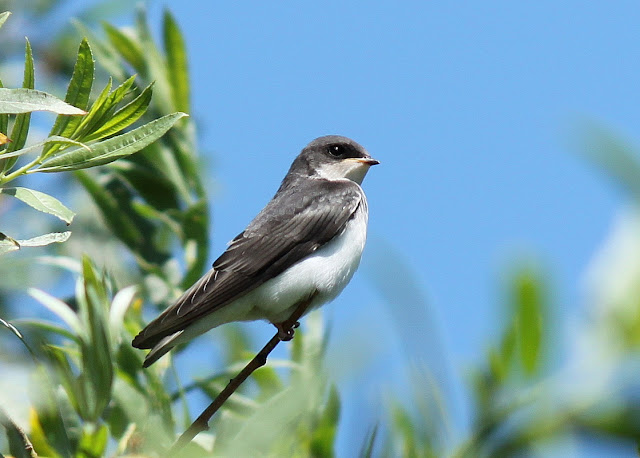 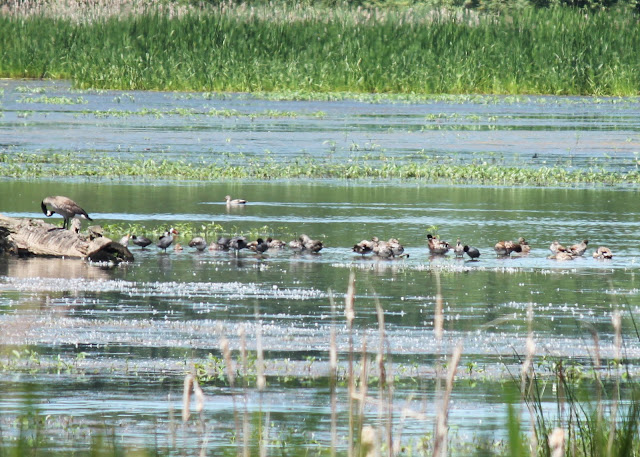 That was about it!  I am pretty excited to keep this list going.  As of right now I have about 40 species on it.  Good times!
American Coot Black-capped Chickadee Cedar Waxwing Common Yellowthroat Great Blue Heron Red-tailed Hawk Red-winged Blackbird Tree Swallow Western Scrub-Jay Wood Duck