Well, by "party" I mean me sitting on my couch with a warm blanket looking at old photos... My two year blog anniversary is coming up in a couple days and to celebrate I am digging into the archives for some fun stuff like birds I misidentified and birds I never identified...   Plus it's pouring and it's a nice excuse to say inside.  I would love your help with my many unsolved mystery birds!!

In 2008 I made a weird decision to quit my job and move to Philly.  I don't regret it because it helped me get my head on straight and spend some time with my family, but I returned to Portland as soon as I could (in April of '09), by way of an amazing road trip through the southwest with one of my best friends (two if you count Jake).  I wasn't into birds yet, but I would take photos of them occasionally.

We thought these were roadrunners, because they were running, but I think they're Gambel's Quails: 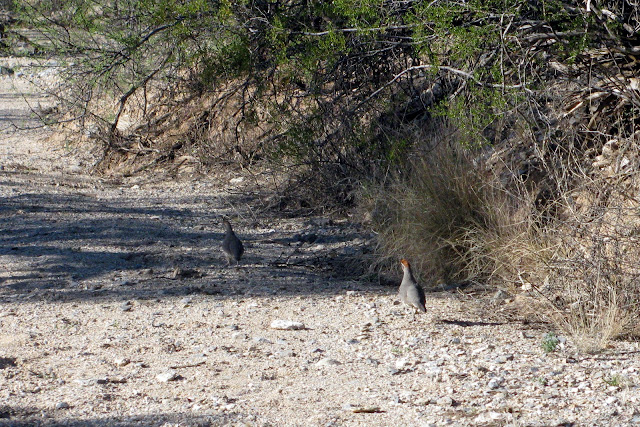 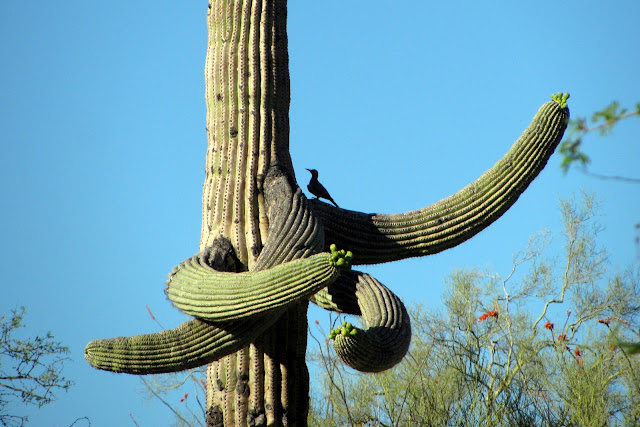 And then there's this guy, that I just figured out is a White-winged Dove: 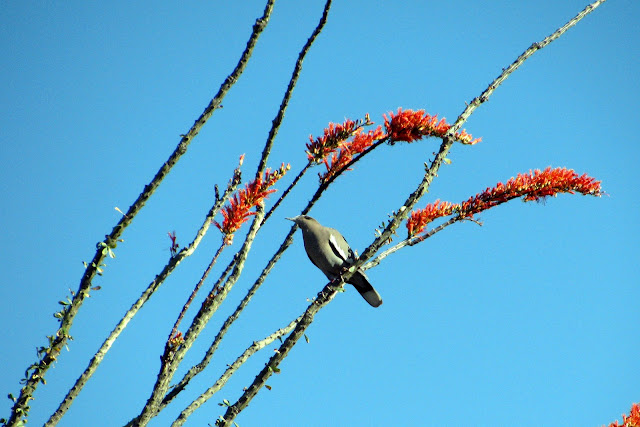 Damn, too bad I only count birds I've seen since I started really birding!

I called this guy a Savannah Sparrow: 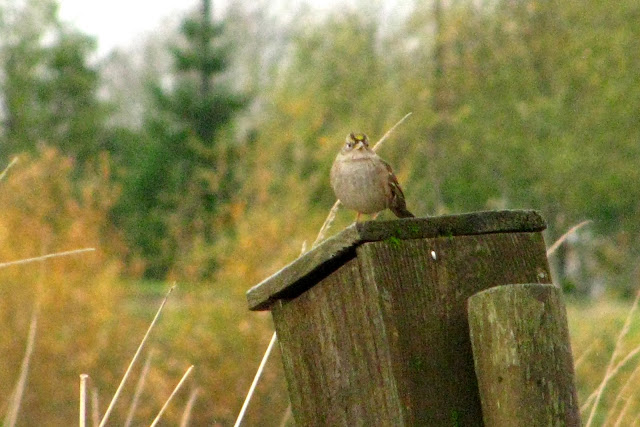 
I never figured out this goose: 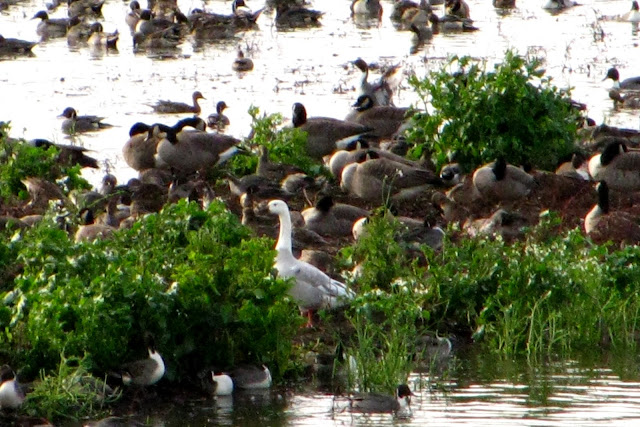 
In 2009 when I was visiting my family for Christmas I took photos of this bird in my brother's yard in Somerville, Massachusetts: 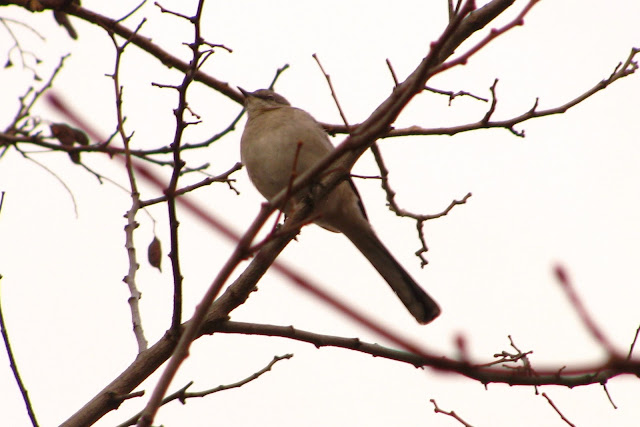 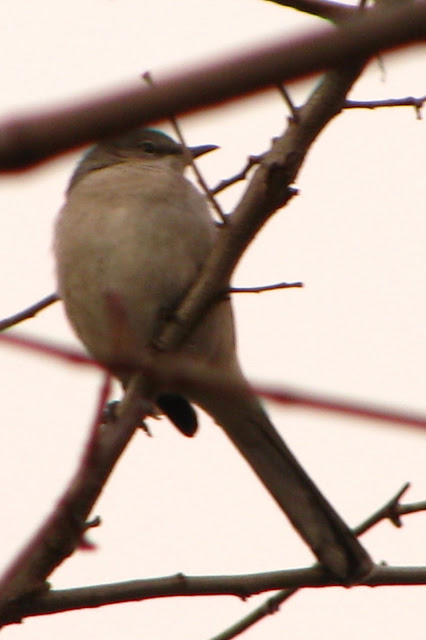 I still have no idea what it is... Thoughts?

I called this guy a Peregrine: 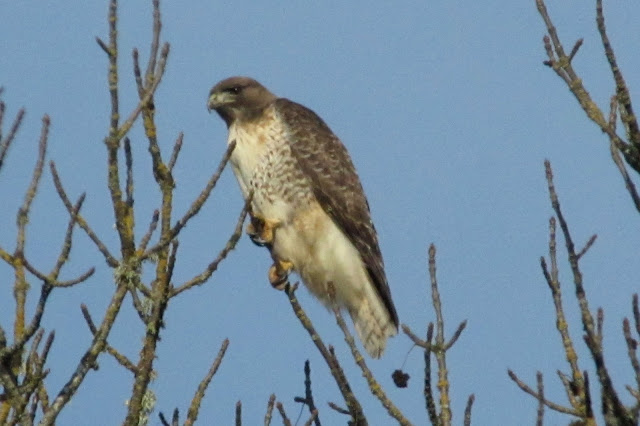 
And I called this guy a Golden Eagle: 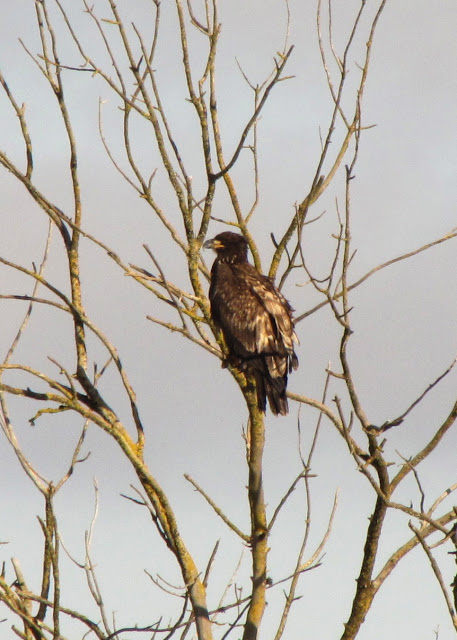 
I'm not sure what I called this bird, but I certainly didn't call it a Red-breasted Merganser: 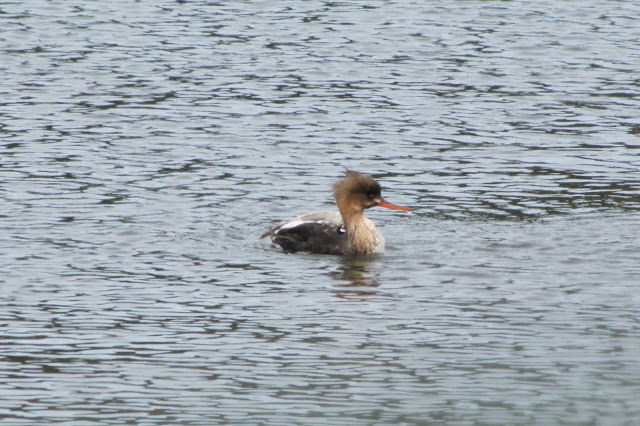 
In April of 2010 I went down to California to visit friends and we checked out the Baylands Nature Preserve in Palo Alto.  I never bothered to identify the shorebirds I saw.... 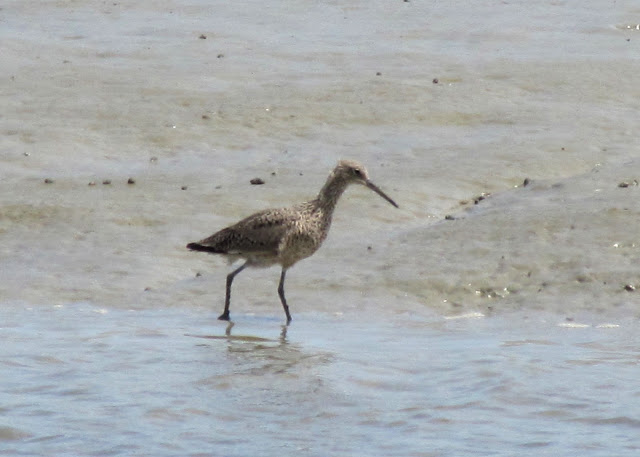 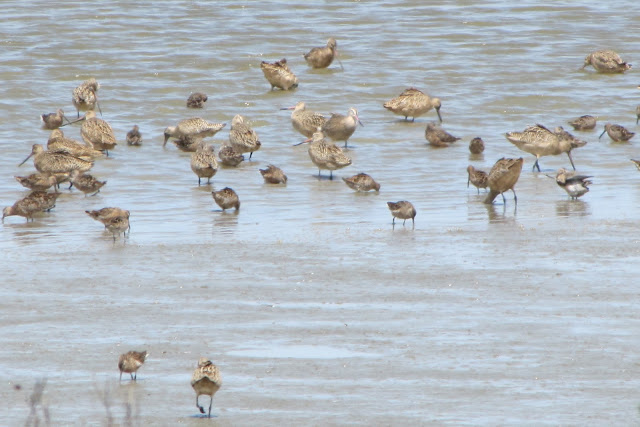 Godwits and other stuff?


On the beach near my friend's house in Pacifica: 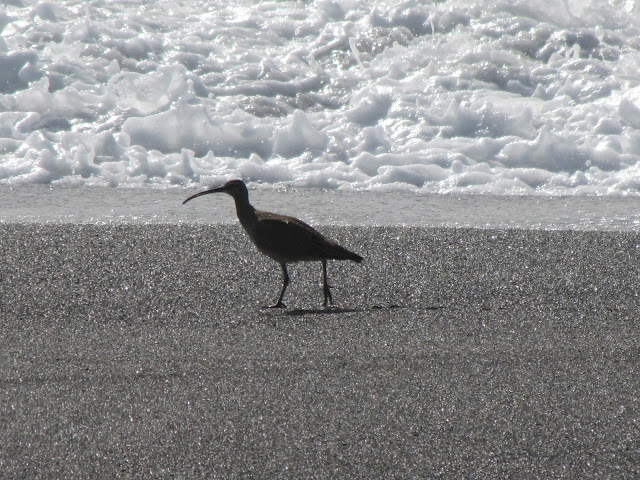 
I found this bird on the way to Malheur in June 2010, but never identified it: 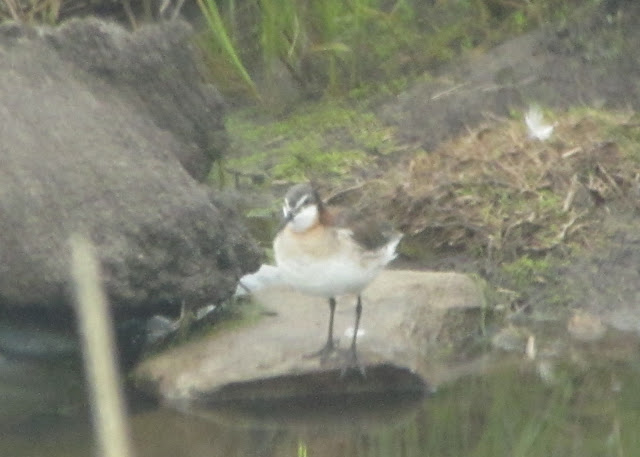 From Glacier National Park in July of 2010... I called this guy "some kind of flycatcher" for some reason: 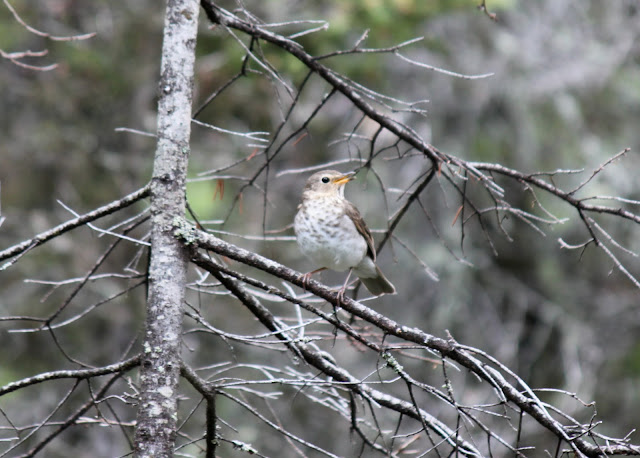 
At Yellowstone I also called this "some kind of flycatcher": 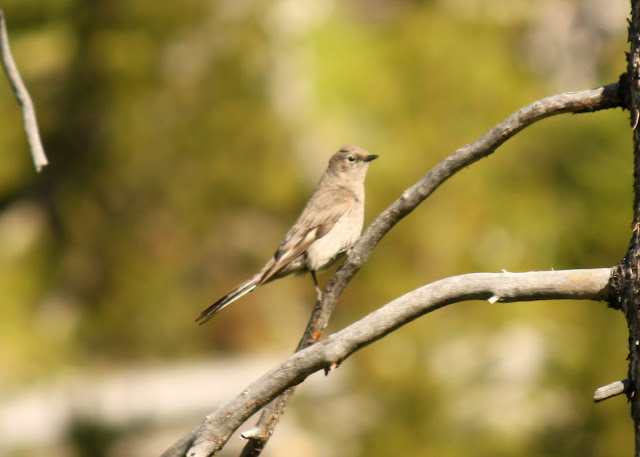 
Also at Yellowstone, I called this a Western Tanager: 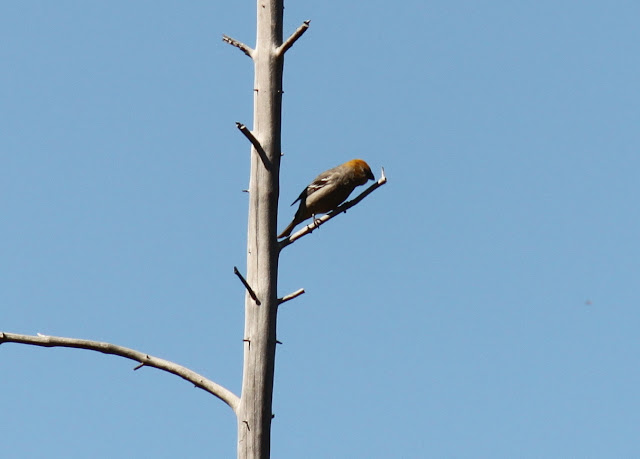 
Alright, there are many more birds I have messed up or never figured out at all, but I will leave you with just one more.  This hawk was on Steens Mountain in southeastern Oregon in September 2010: 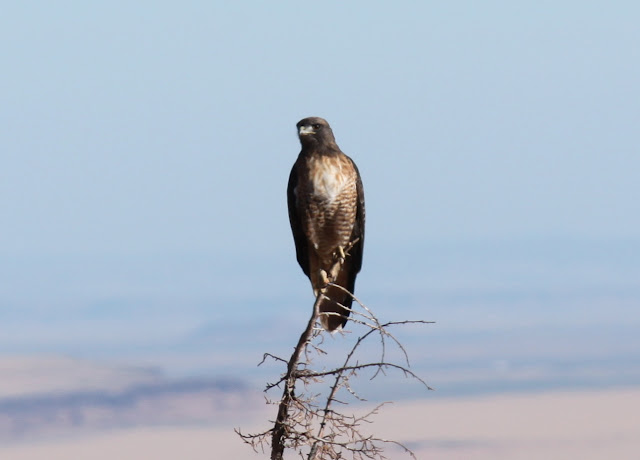 Thank you for joining me on this trip down memory lane!  Also thank you to everyone has been reading my blog and helping me with ID's.  As you can see, I am definitely getting better but still have soooooo much to learn.  Good times!