I stopped by Force Lake yesterday morning for a bit and was happy to find a nice variety of water birds.. 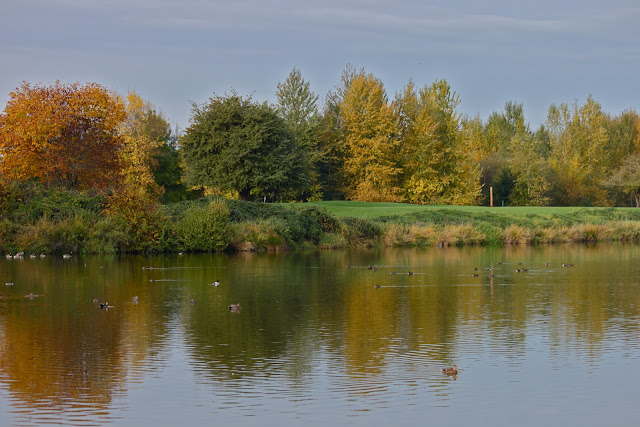 I was not happy to find a nice variety of trash everywhere, especially after the great clean-up the Friends of Force Lake did last month.  (Thanks again to Christie for organizing it!)  I picked up what I could, but I'll be going back this weekend with a couple garbage bags.

Hooded and Common Mergansers have increased in numbers and are almost outnumbering the Mallards.  Newcomers to the lake included Green-winged Teals, Gadwalls, and Northern Shovelers. 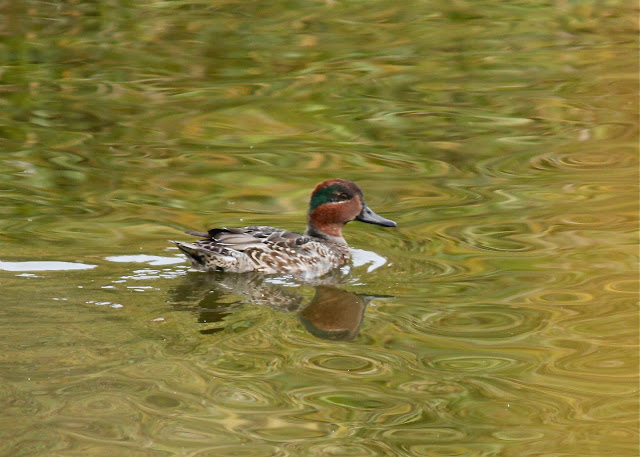 I could make some kind of 70's disco shirt with the pattern in the water above.  Not that I need a 70's disco shirt.  Anyway, I thought it was interesting that when the teal took off with his lady friend, his wing patches were blue, not green: 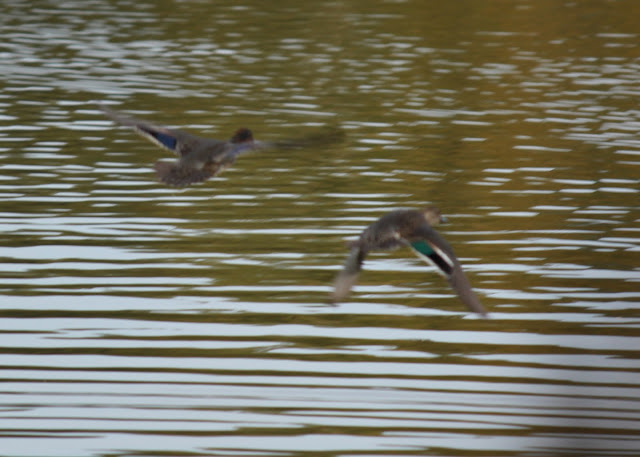 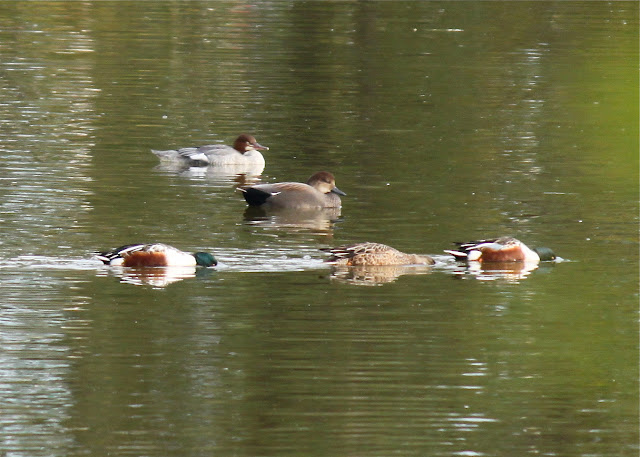 
Lots of other usuals around, but I was psyched to see a Horned Grebe in the lake for the first time. 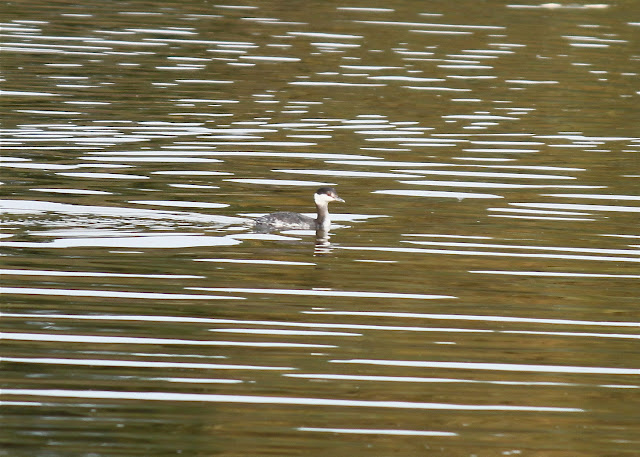 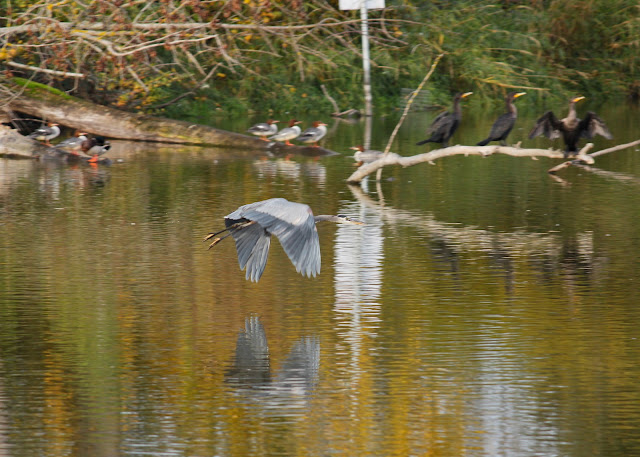 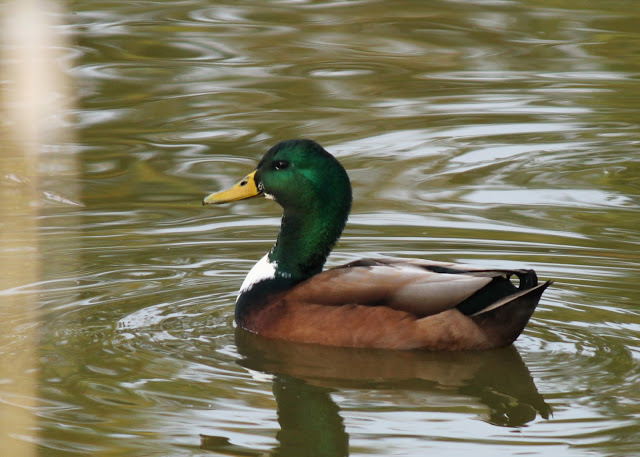 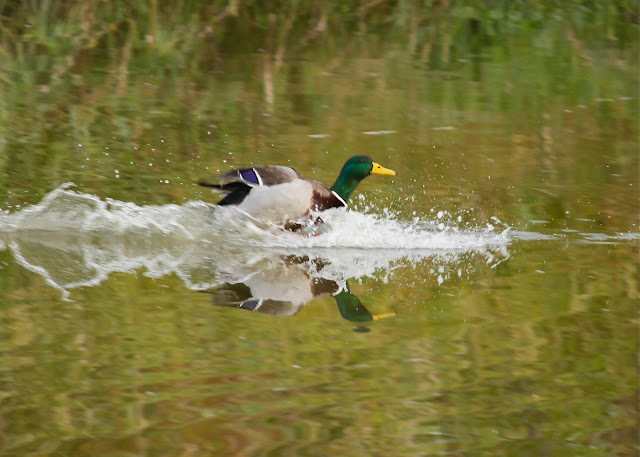 After Force Lake I stopped by Broughton Beach on my way to run some work errands.  The Horned Lark flock was right there waiting for me. 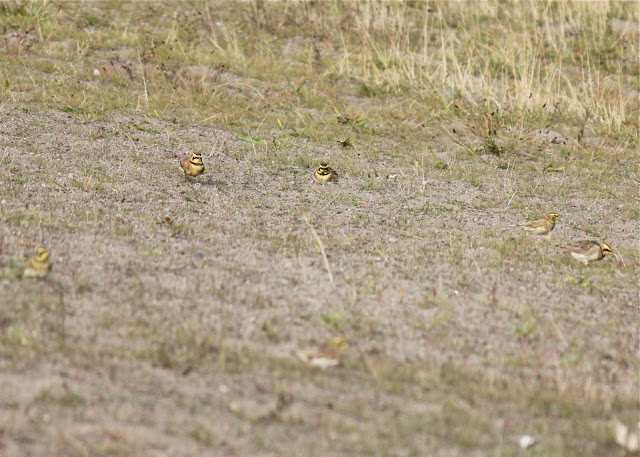 Trying not to flush these guys with two dogs (on leash) was rather challenging.. 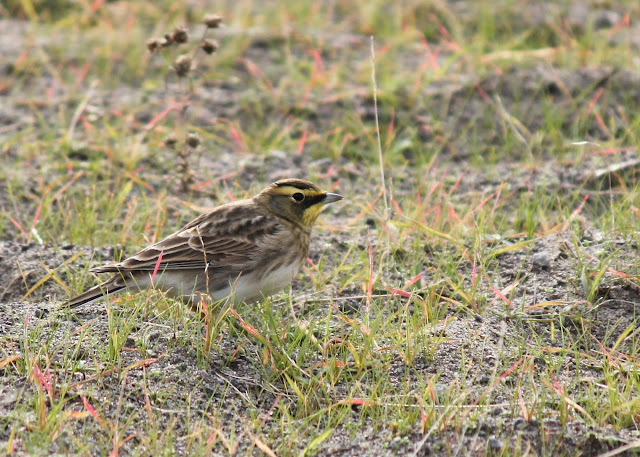 I found one Western Meadowlark with the flock, but it seemed more wary of me than the others. 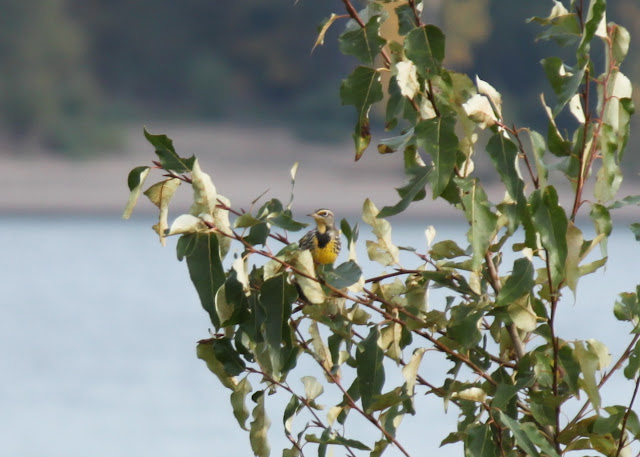