on November 20, 2011
Most of my birding this weekend revolved around the need to walk the dogs.  Sometimes that fact is annoying, but sometimes it works out nicely.  Yesterday I walked them along the Frenchman's Bart Trail in Vancouver hoping for some raptors or at least cranes.  The best bird is what I'm calling a juvenile Sharp-shinned Hawk because that's what I felt it was in the flesh (feathers?). 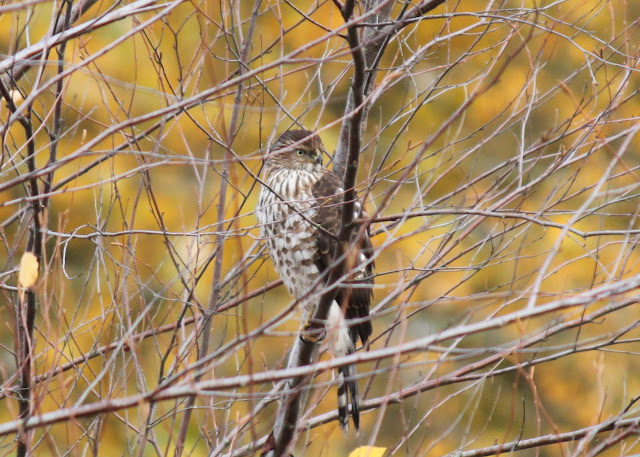 Also in Vancouver on the road towards the lake were two dead beavers and a dead raccoon, all very near each other. 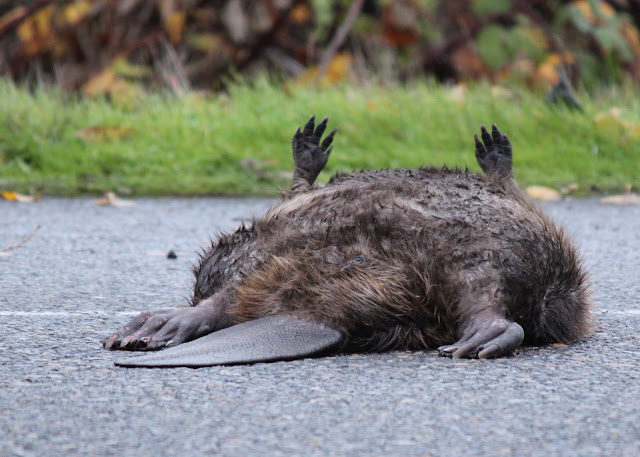 Sorry, guess that's kind of gross.  Anyway, this morning was freezing cold so for some reason I decided it would be really fun to walk the dogs at Broughton Beach.  I lost feeling in all my fingers and toes quickly, but it was totally worth it for this guy: 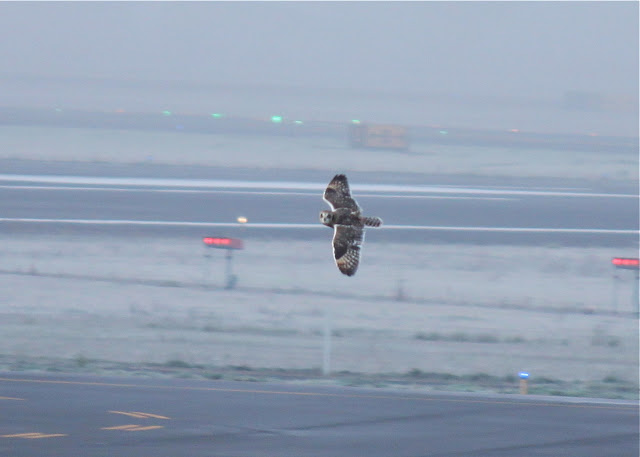 Hell yeah, a Short-eared Owl!  This is why I was glad the dogs were with me.  I had been walking on the trail down the embankment from the bike path when I saw a woman approaching with a boisterous yellow lab off leash.  Yellow labs are generally Jake's least favorite creature on the planet so I dragged him and Ralph up the embankment to avoid it, and thus flushed the owl who had been on the other side of the bike path.  Yay! 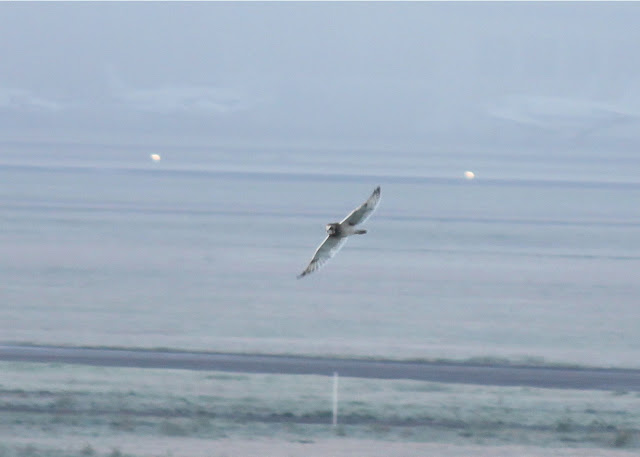 In addition to the nice show put on by the owl, I had great looks at some American Pipits and a Common Loon eating a fish (or something). 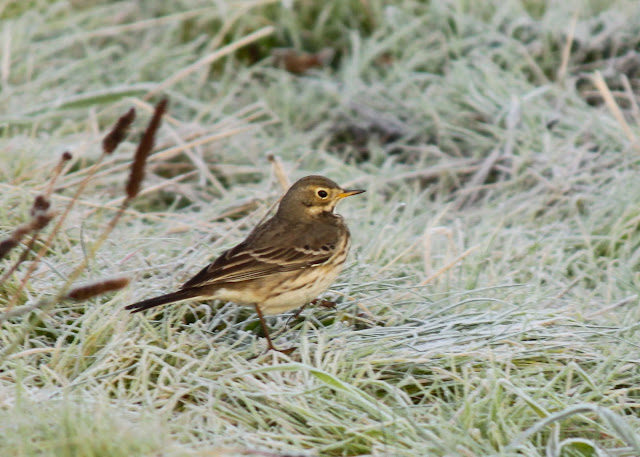 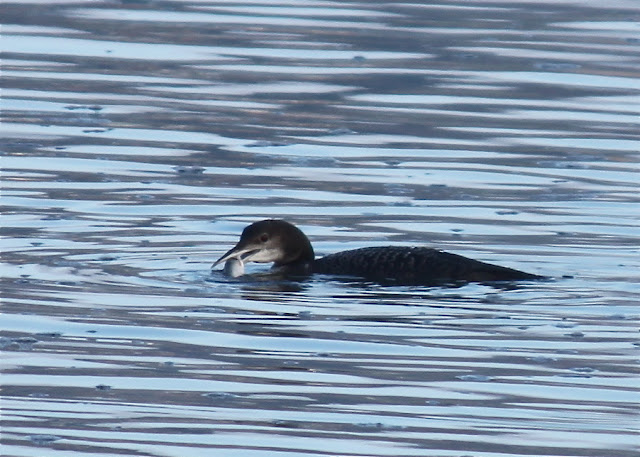 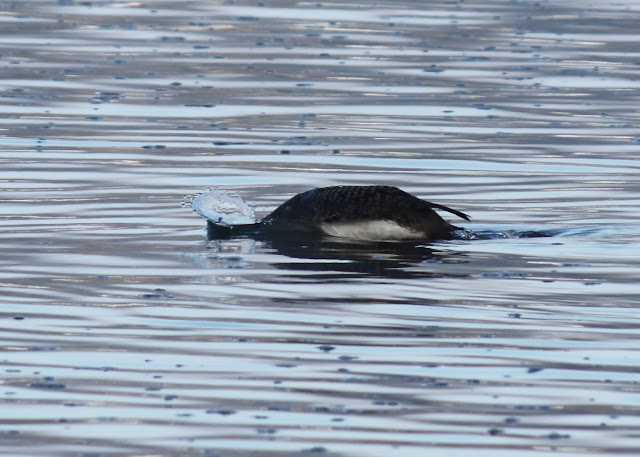 
This afternoon was beautiful (though cold) and I decided to torture myself with some gull ID practice at Westmoreland Park.  Ring-billeds are of course the easiest to pick out, what with them being the cutie pies of the bunch (and yes I just wrote that). 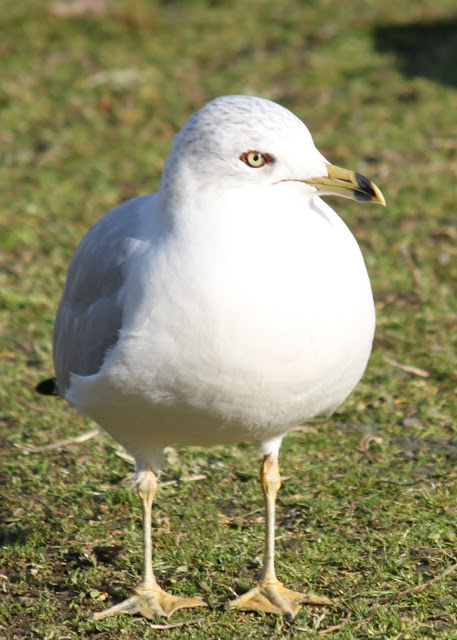 I can usually pick out the Herring Gulls as well, like this fella [Not. It's a Thayer's Gull]: 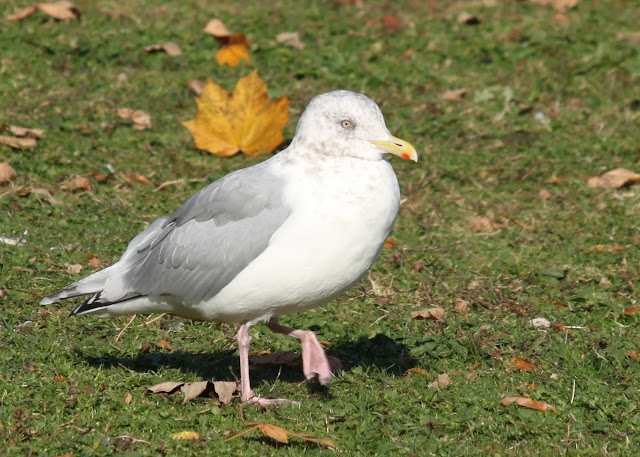 The trouble arises when I try to find a Thayer's Gull.  I am guessing this next bird is one, but obviously I could be totally wrong... 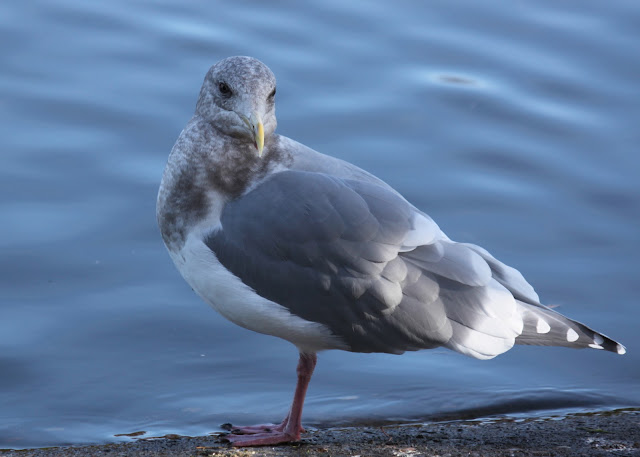 And another shot of just its head: 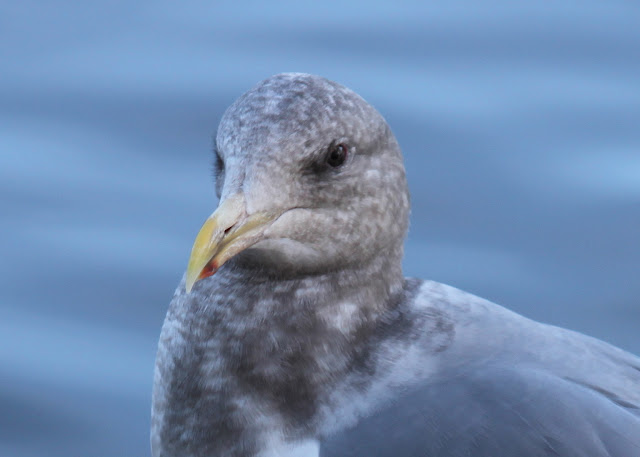 Please help me understand why this is or is not a Thayer's!

In order to keep my brain from frying I moved on to Crystal Springs Rhododendron Garden for some utterly relaxing birds that did not confuse nor frustrate me. 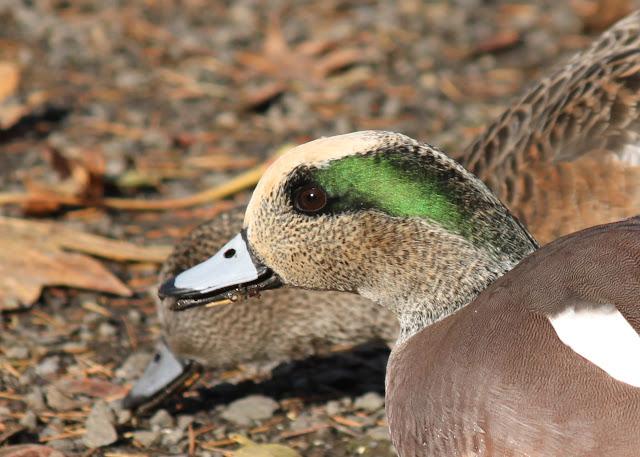 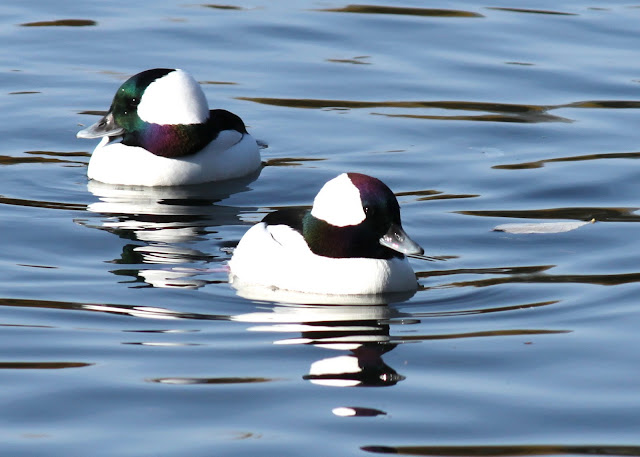 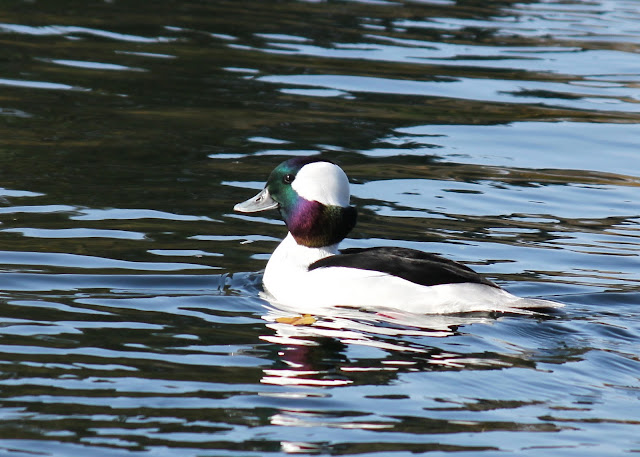 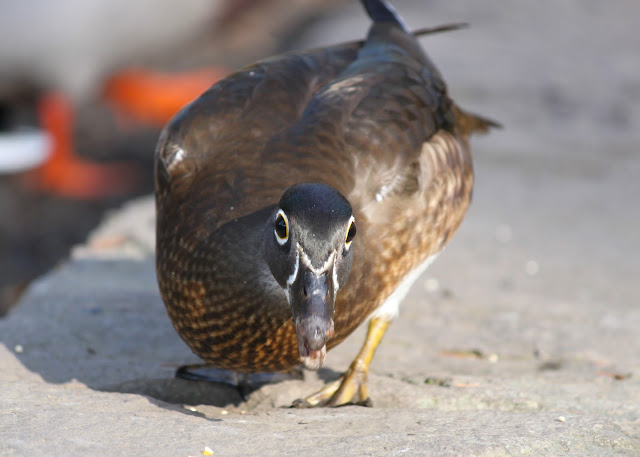 This next photo is blurry and the Wood Duck hasn't even gotten all his colors yet, but you can see his tongue! 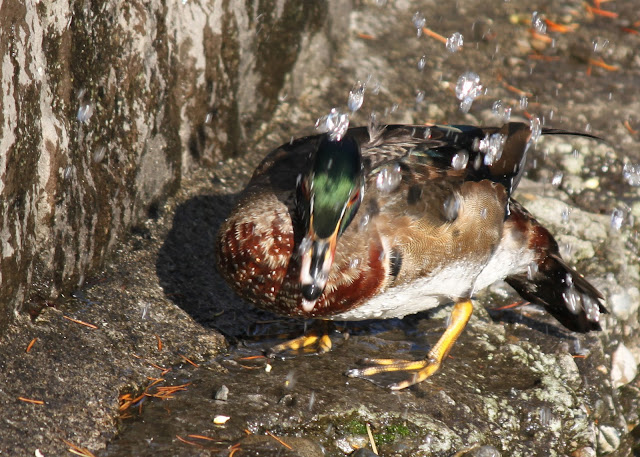 Alright, and one last fella that was being stuffed full of peanuts by a toddler: 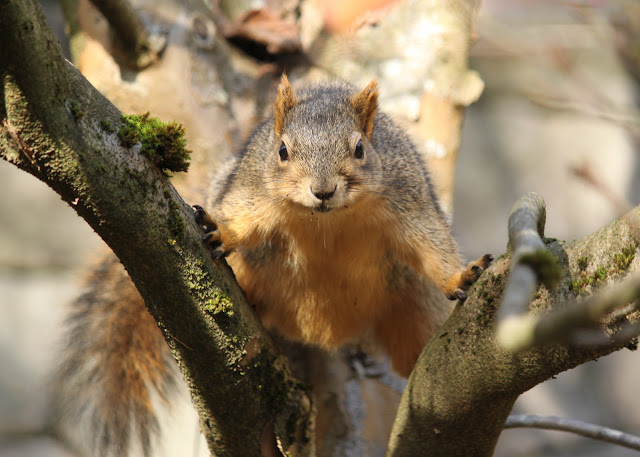