on December 12, 2011
Hey do you remember the motorless birding list I started last July?  Yeah, I barely remember it myself.  Oops.  Oh well, today my car was having a part replaced and I decided to take advantage of the sunshine (and below freezing temperature) to ride my bike to some North Portland spots to add to my motorless list.

My first stop (after the post office) was at Vanport Wetlands.  I was able to add several species to my list like Cackling Goose, Canvasback, Green-winged Teal, and Northern Shoveler... 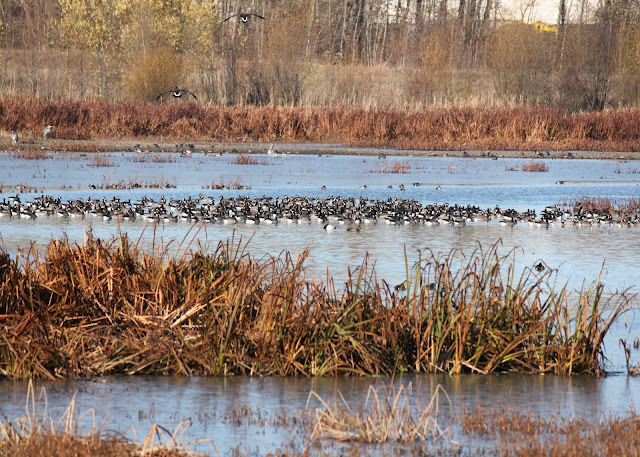 After Vanport I headed over to Force Lake, which was mostly frozen.  There were barely any birds around besides this fluffy fluffball of a Song Sparrow: 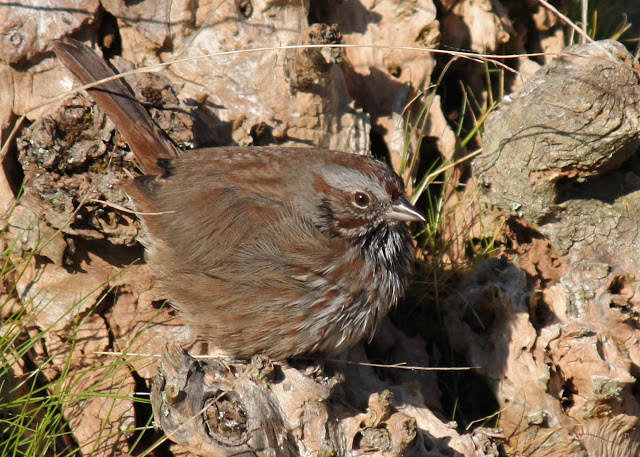 He seemed to have an itch on the back of its head... 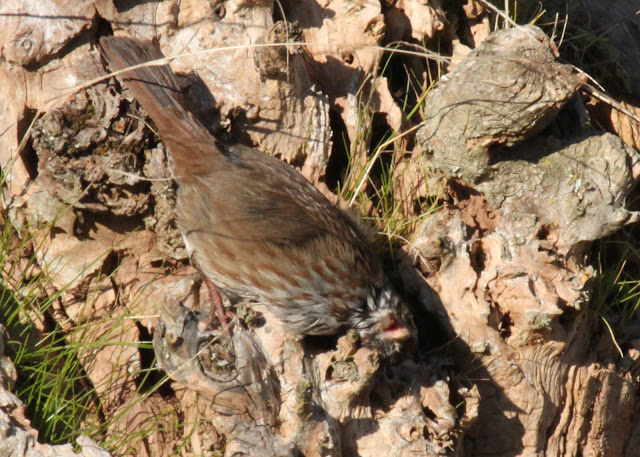 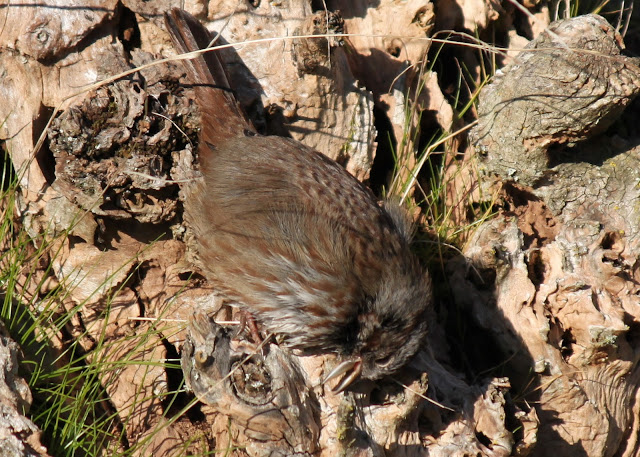 After frozen Force Lake I headed over to less frozen Smith Lake and somewhat frozen Bybee Lake.  When I walked down the trail towards Smith I was enveloped in a swarm of juncos, kinglets, chickadees, and Bushtits.  I tried to stand still while they flitted all around me.

This kinglet was pulling some stuff off a branch: 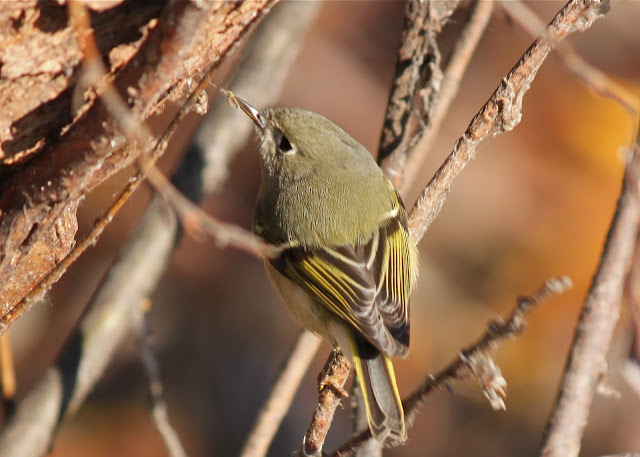 Near the blind on Smith Lake were Purple Finches also pulling stuff off branches: 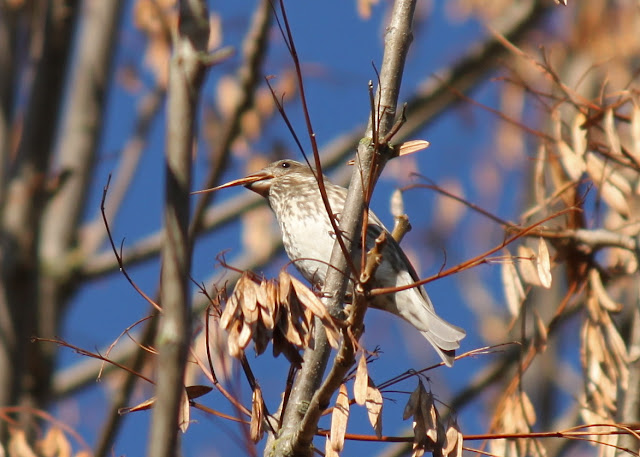 I trudged around the tall grass between Smith and Bybee hoping for one of the shrikes.  Nope.  At this point I am afraid that if I ever do find one I might just strangle it to death with my bare hands.  Not really, of course, but I'm getting frustrated (been looking for over a year at this spot now).  The Red-shouldered Hawk was again perched in its usual tree being extremely vocal. 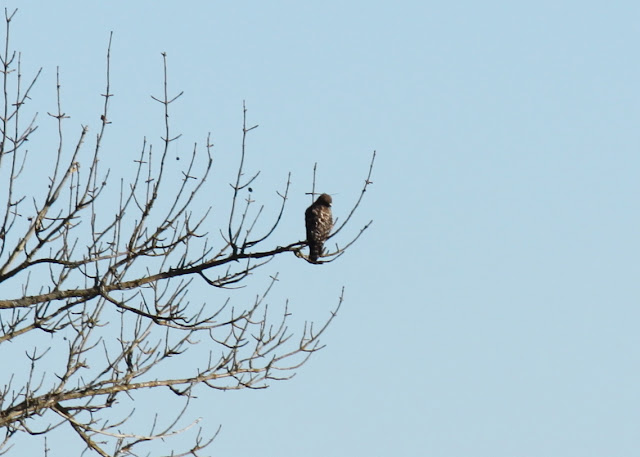 Flying around the area instead of shrikes was a big flock of Yellow-rumped Warblers.  They seemed to be following me for a bit. 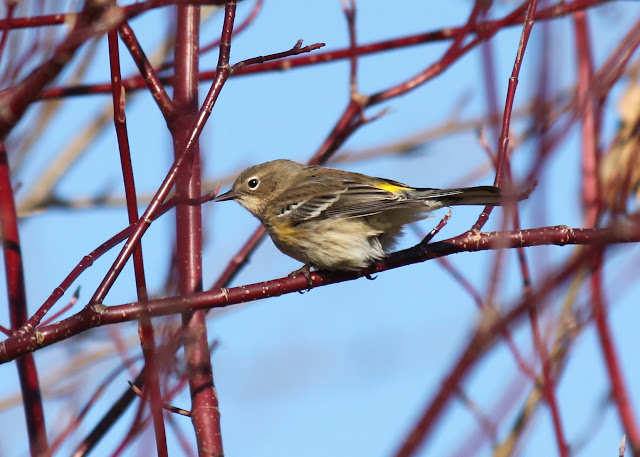 So, not a very exciting outing, but fun nonetheless...  My motorless birding list is now up to 60 species and I hope to venture out for more species soon.  Good times and a gorgeous day! 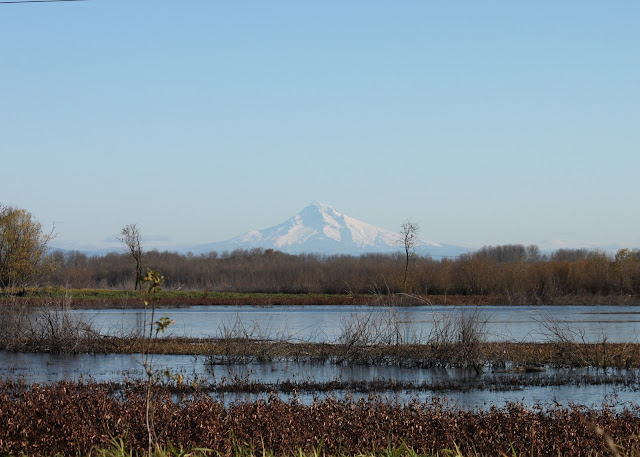