on January 12, 2012
This morning I took the dogs for our weekly walk along Broughton Beach.  I made sure to leave early to catch the sunrise, because as I had hoped, it was freakin fantastic.  Again.  I have never seen so many amazing sunrises in my life as I have in these first twelve days of 2012. 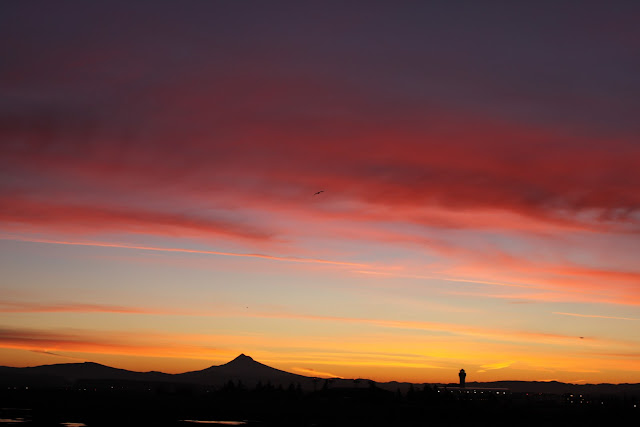 Right???  Anyway... Every time I visit the area I cross my fingers that I will come across a Short-eared Owl.  Today I had success!  We were walking along the trail just below the bike path directly into the sun when suddenly Jake gave a little hop and the owl flew up from just in front of us...

The combination of numb fingers and excitement gave me a nice series of blurry photos that I will now share with you. 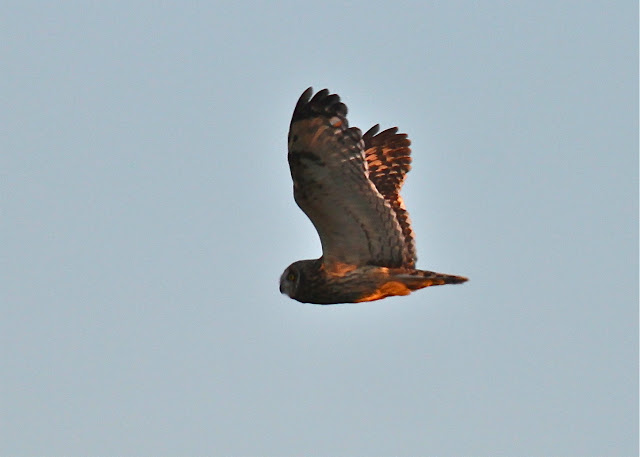 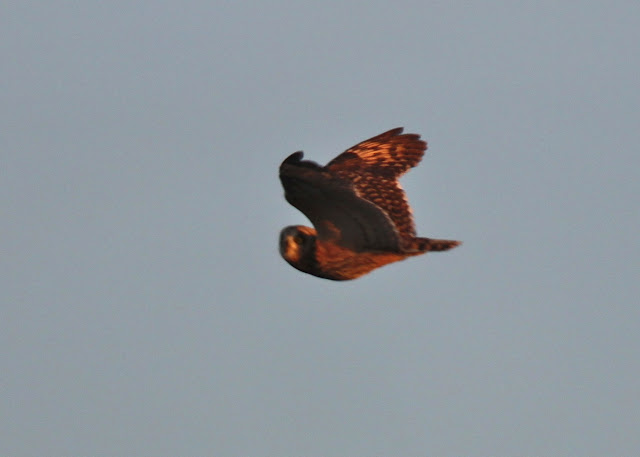 The owl continued to fly west along the river then south to PDX airport and landed in the grass.  A little while later we were walking back along the bike path and saw a Red-tailed Hawk cruising low along the grass.  It eventually caused the owl to fly up and there was some sort of interaction that resulted in them both flying off in opposite directions. 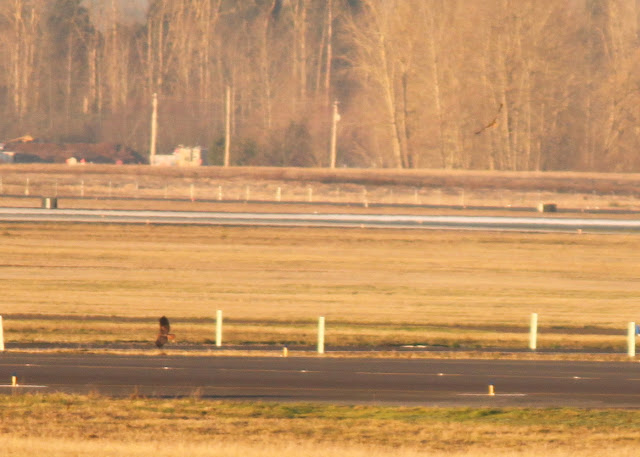 Hawk in lower left, owl in upper right (duh, what do you mean you can't see them??)

Shortly after the hawk flew off to an airport sign to perch, a guy in a little green PDX Wildlife truck cruised towards it and started setting off flares to displace it.

That was about it for excitement on our morning walk.  The usual pipits, scaups, goldeneyes, crows, and Yellow-rumped Warblers were around too.  Good times!! 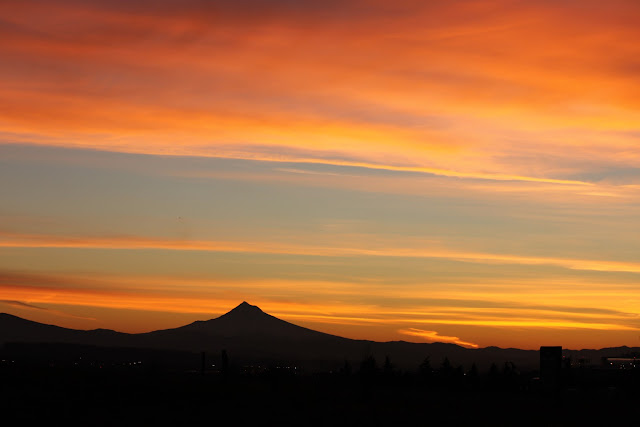