I had a super lazy weekend- no grand adventures or major birding excursions.  Yesterday afternoon I thought I would do some lazy birding and participate in the Great Backyard Bird Count.  I set about filling my feeder, putting out a fresh home-made "suet" cake, and tossing peanuts around.

Yeah.  My report ended up consisting of seven species.  And that's including "gull sp." 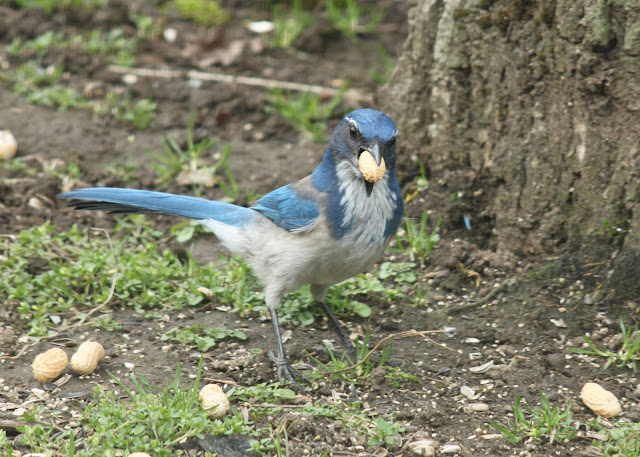 At least the scrub jays were happy.  At one point the birds all disappeared due to a very special and rare creature, the Roaming Mophead. 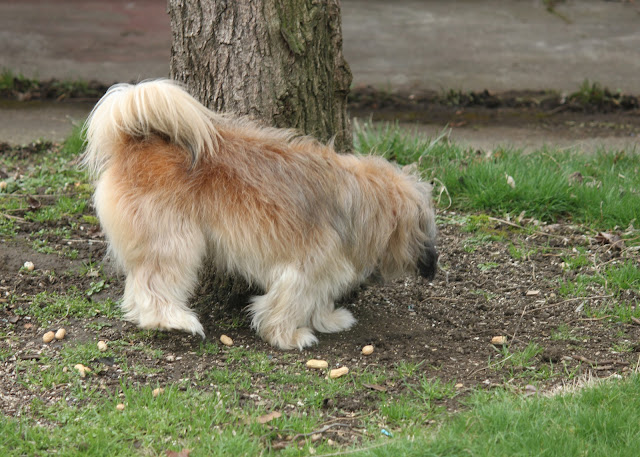 The mophead is a pretty funny dog- hates people but sure likes Jake and Ralph.  After he moved on the juncos came to visit.  Not as many as usual, but I counted about eight scattered around the yard. 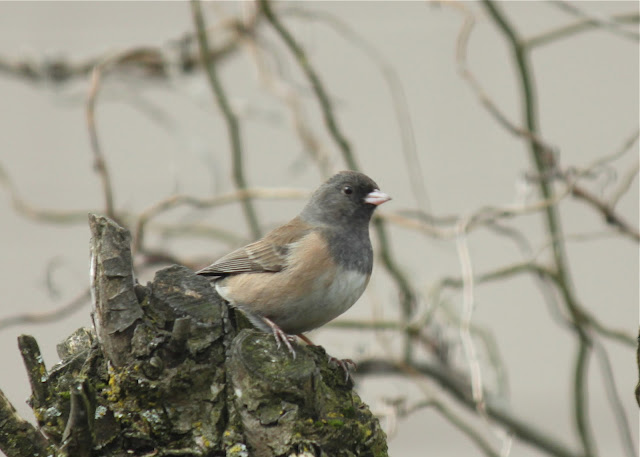 As nice as couch-birding can be, the dogs decided it was time for the lazy weekend to end.  So we headed up to Vancouver for a couple hours of walking along the Frenchman's Bar Trail.  Not a lot of birds around, but did find a nice mixed sparrow flock at Frenchman's Bar Park... 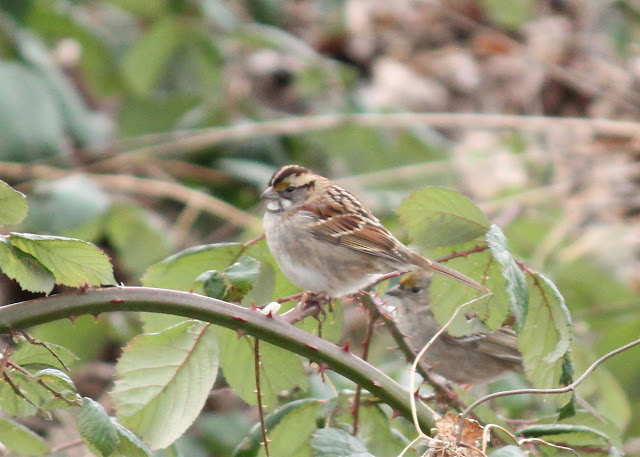 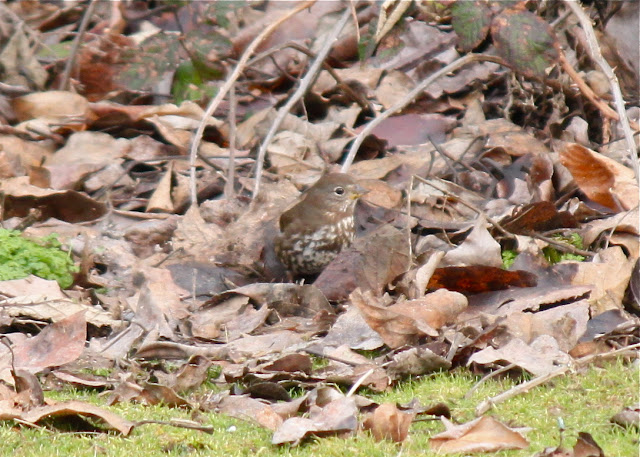 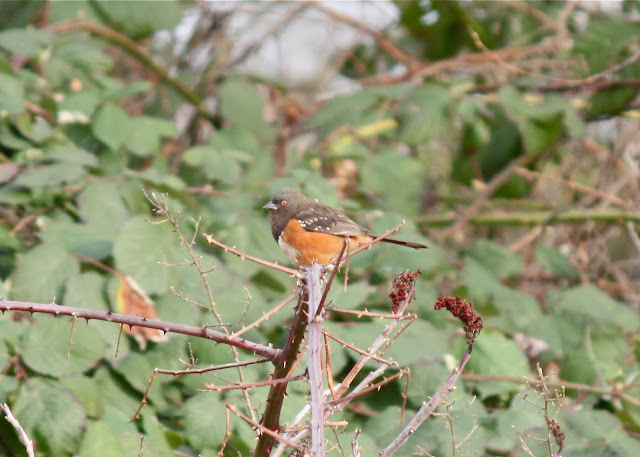 
To make this post slightly (only slightly) more interesting I am tossing in a couple photos of some Varied Thrushes from Lacamas Park last week (that damn Tufted Duck outshined them at the time). 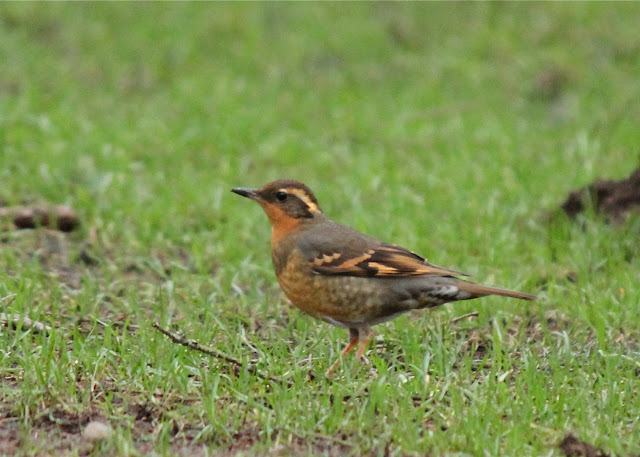 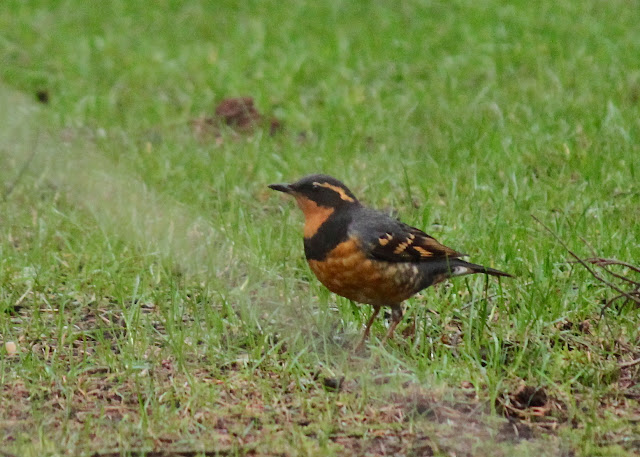 Hopefully I'll do some real birding this week so I'll have something more exciting to share with you... Ah well, good times!