on February 02, 2012
First of all I have to show you something that made me laugh so hard I was crying/choking.  Have you looked at my "About Me" section up above?   It's boring, but there's a funny photo of me at age 12 complete with bad haircut, glasses, and braces, with a macaw on my arm at Disney World.  Ok, that's funny enough, but then I found out I wasn't alone!  Check out this recent post on Lauren's blog, Burly Bird!  Now I'm curious- are there others??? 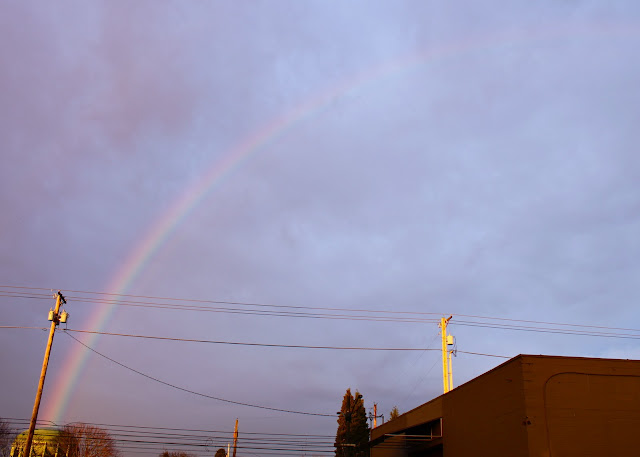 In other news, Ralph has kennel cough.  It's not a big deal but it means I can't bring them to work with me as usual, so we've been going on lots of long walks.  On Monday afternoon we walked around Vancouver Lake Park.  Nothing too exciting, but I did watch a regular Red-tailed Hawk steal a dark morph Red-tailed's sweet perch... 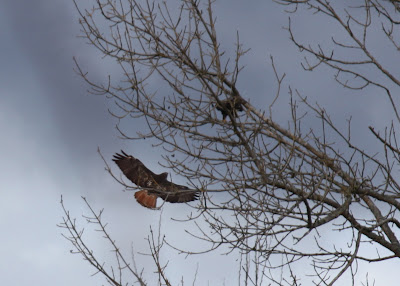 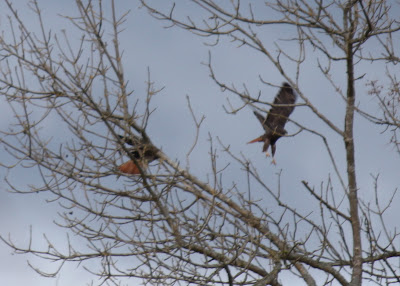 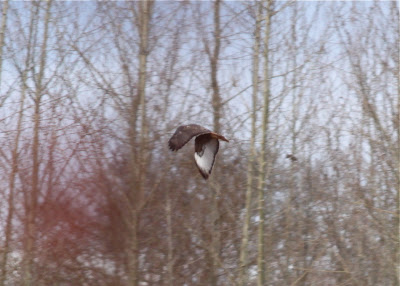 There were some Steller's Jays around but they never let me get a good photo. 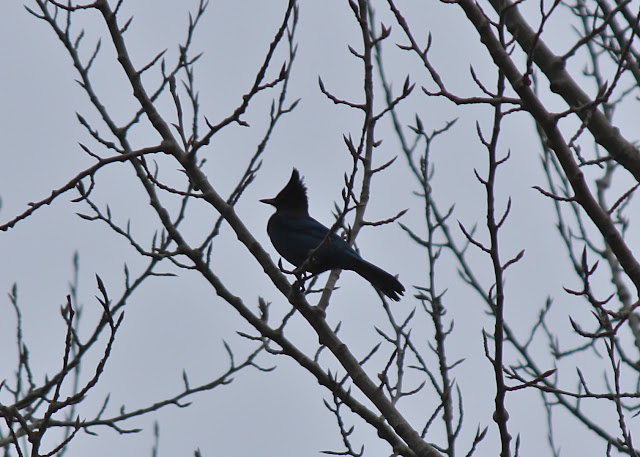 Yesterday I walked the dogs down to Overlook Park.  I walk them there all the time but in the winter it's usually after dark or before dawn.  A couple weeks ago someone reported Bohemian Waxwings and Common Redpolls in the park, which to me just sounded insane.  A few people checked it out and found only thirty Cedar Waxwings.

I found a few more than thirty.  Maybe a hundred more? 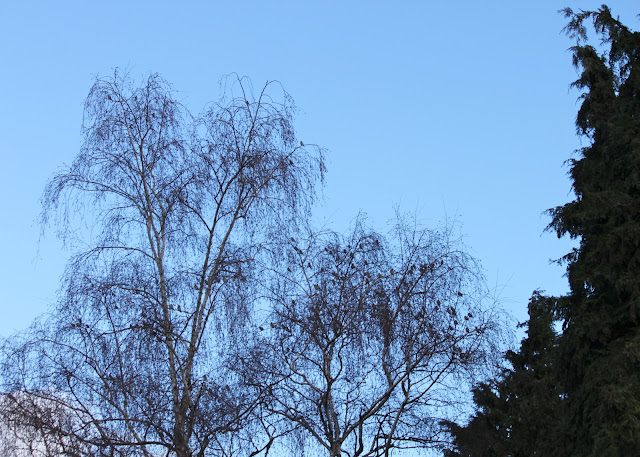 This tree was just filled with 'em, plus a few goldfinches.  I tried to count but got bored.  I scanned for Bohemians but the park's resident Cooper's Hawk tore through and scattered the waxwings.  What was really impressive was how many came out of that tree on the right.  They formed big swarms in the sky and I was pretty blown away. 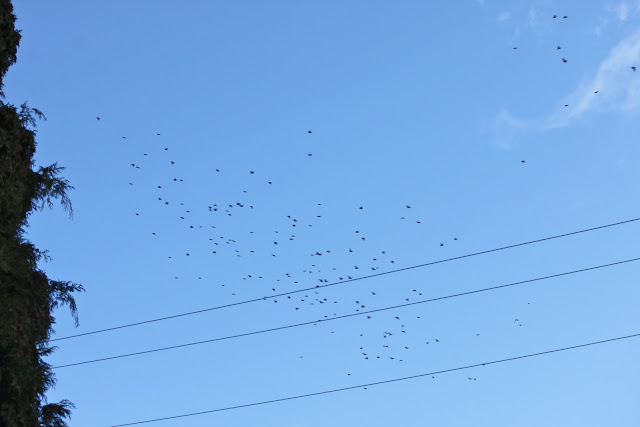 Some of the waxwings returned to the tree later but not that many. 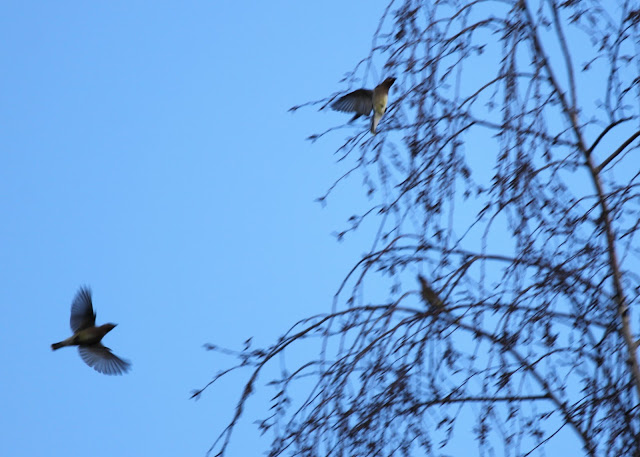 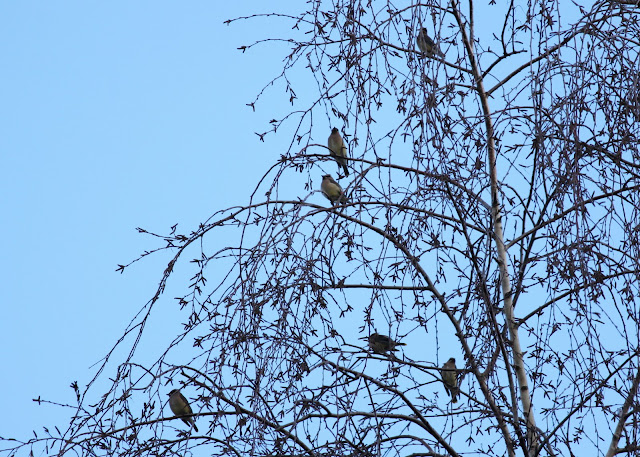 That was cool, I was able to add Cedar Waxwing and American Goldfinch to my motorless list bringing my year up to 60 species!  Sweet.

What else can I share with you today?  Oh, my awesome dad picked up a bunch of bird books at an estate sale for me a couple weeks ago and my awesome mom sent them to me last week... 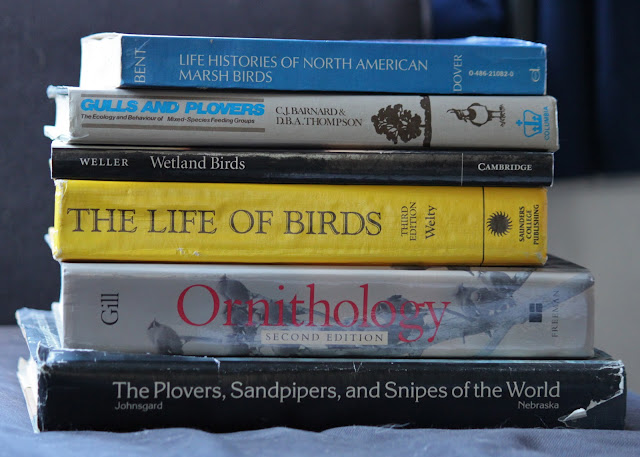 Some will be great for reference while some are just fun to look through... Good stuff.  That's about all I have for you today- I will leave you with this cozy Western Grebe from the Ilwaco marina last weekend: 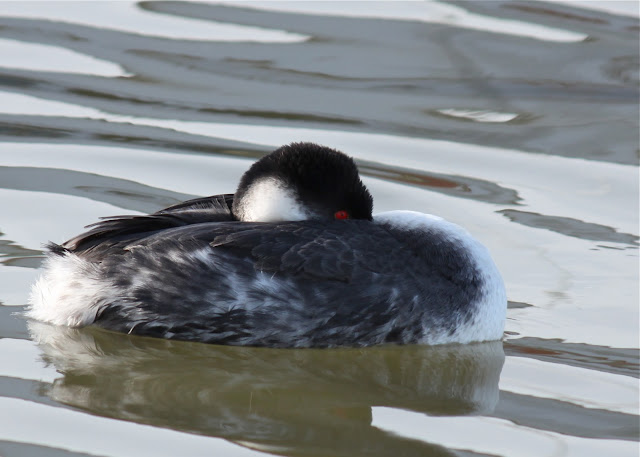