Last week I went up (over?) to Washougal to look for the reported Red-naped Sapsucker.  It was being seen at a park along the Columbia River that I had been to before, so I figured it would be a good combo of tiring the dogs and maybe seeing a new bird.  It took me an hour and a half before I finally felt confident I had found it.  Unfortunately it was near the top of a very tall tree.

This was the best photo I got: 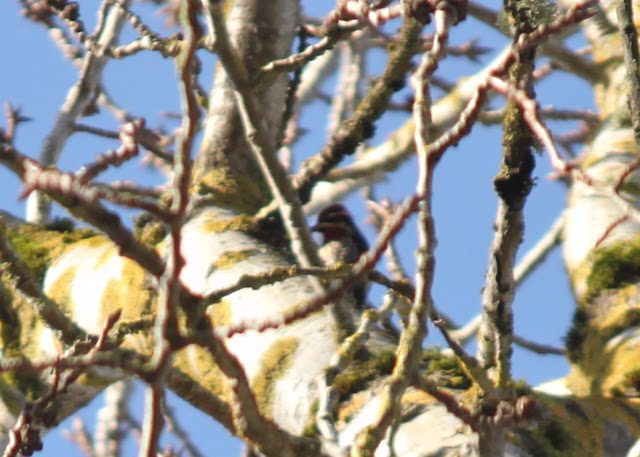 There are two things that make this even more annoying.  The first thing being that over an hour earlier I had found a Hairy Woodpecker.  I took some photos, then thought I saw a sapsucker but when I tried to find it, kept coming up with that same Hairy.   Figured I'd imagined it.  But no, nestled among a bunch of photos of the woodpecker was this shot: 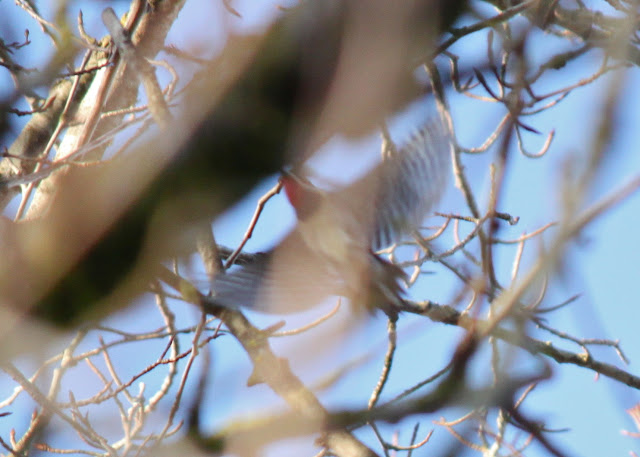 The second annoying thing?  Everyone else who went looking for the bird seemed to find it within five minutes, about ten feet from the ground.  Whatever, at least the dogs were tired. 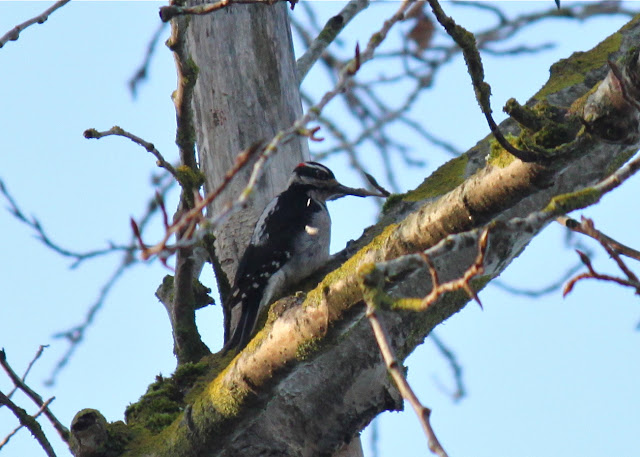 Yesterday morning I wanted to work on my motorless list so I rode my bike out to Broughton Beach just before sunrise. 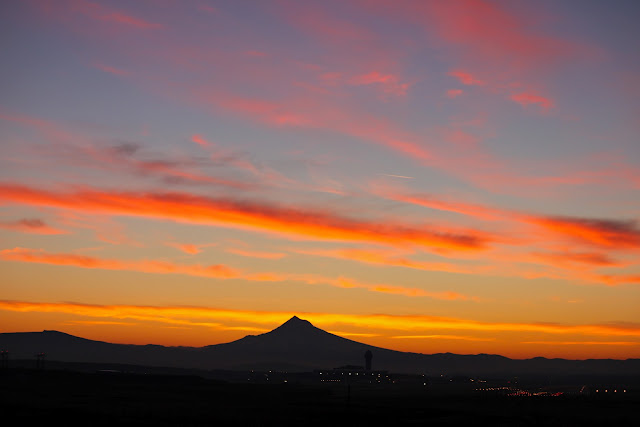 I was able to add five more birds to my list including Barrow's Goldeneye: 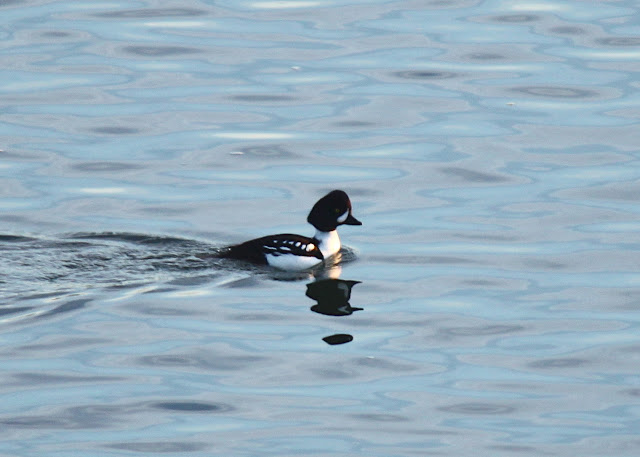 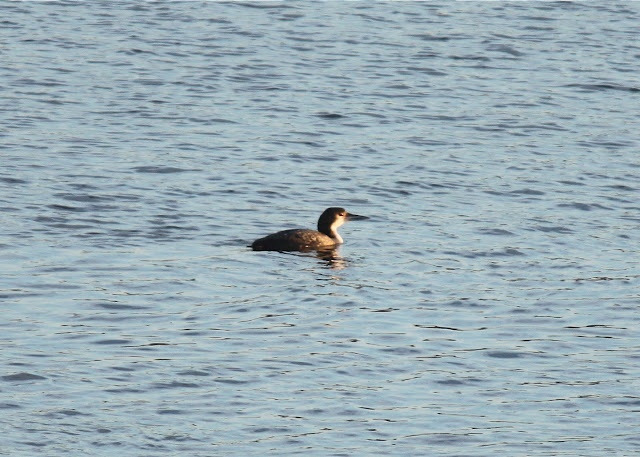 I was also able to add Western Grebe and Ring-billed Gull.  The scaup were working on their diamond formations: 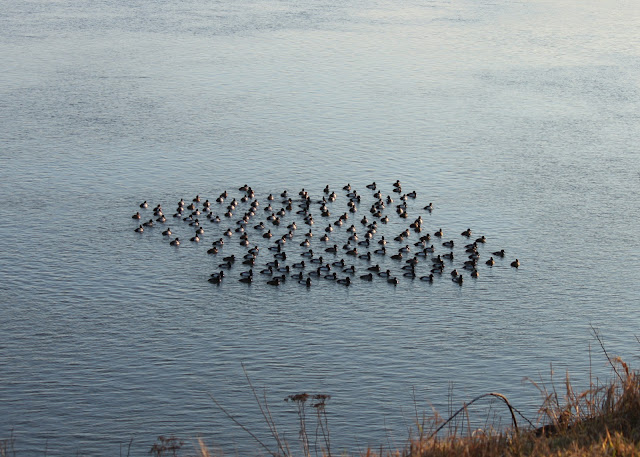 Eh, not bad.  The last bird I added to my motorless list was the Black-crowned Night-Heron.  Supposedly there are a couple roosting in their usual spot along the river, but I could only find one.  They are pretty adorable when sitting in trees. 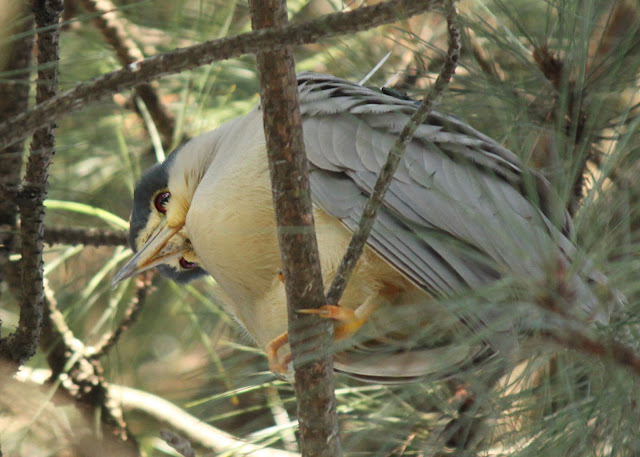 I was afraid I was about to witness a gory alligator attack down below this tree on the dock . 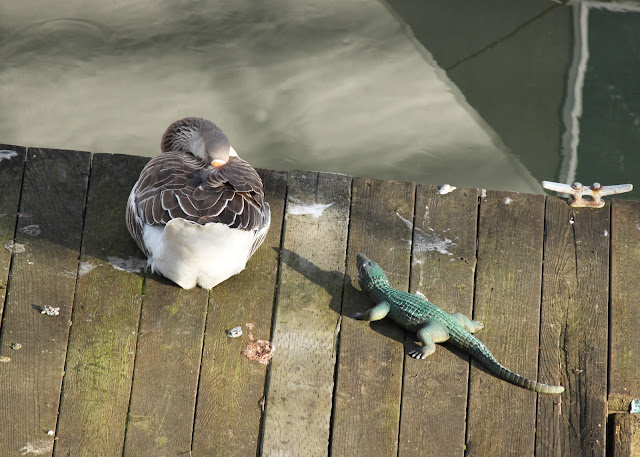