Yesterday afternoon after work I managed to muster up some motivation and headed out to Steigerwald NWR near Washougal.  This was my second attempt to visit after last Friday's (or was it the Friday before?) failure- big winds, rain, and cold all encouraged me to throw in the towel after about fifteen minutes.  This time it was cloudy, with the rain holding off until my walk back to the car. 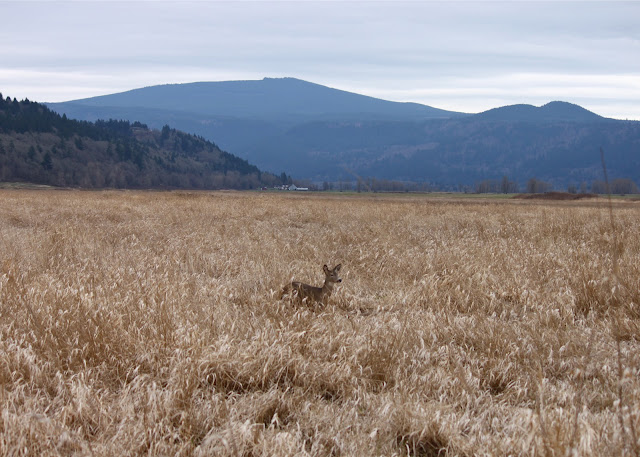 See that deer?  We stared at each other for a little bit before he (or she) started walking towards me.  I had that fleeting moment of panic that it was going to pounce on me, but came to my senses and figured it just wanted to cross the path I was on.  I stopped and waited and sure enough he ran right in front of me and up the hill to my right. 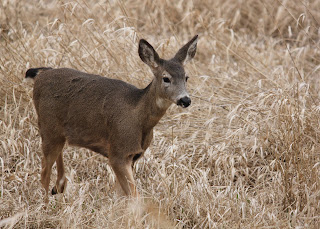 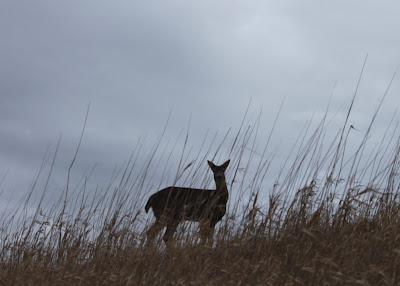 The first birds I noticed at the refuge were swallows- lots of them!  My first for the year.  I forgot how freakin loud they are. 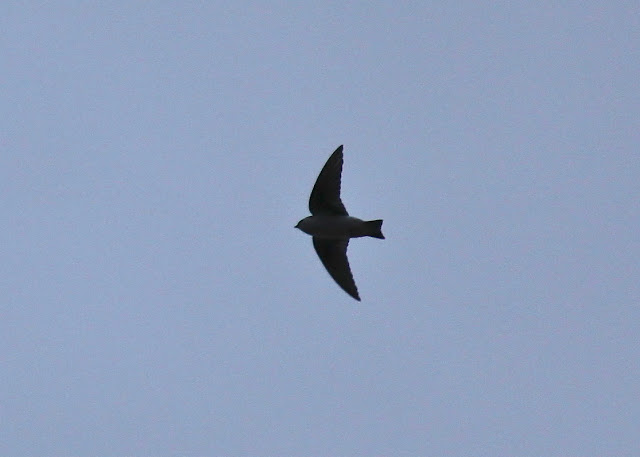 
I really should visit this area more often- it's pretty rad. 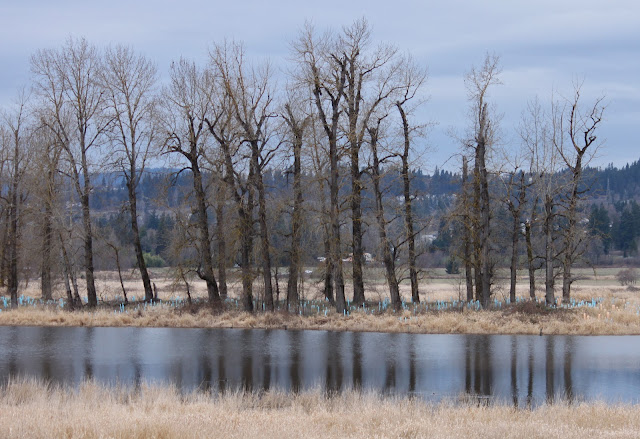 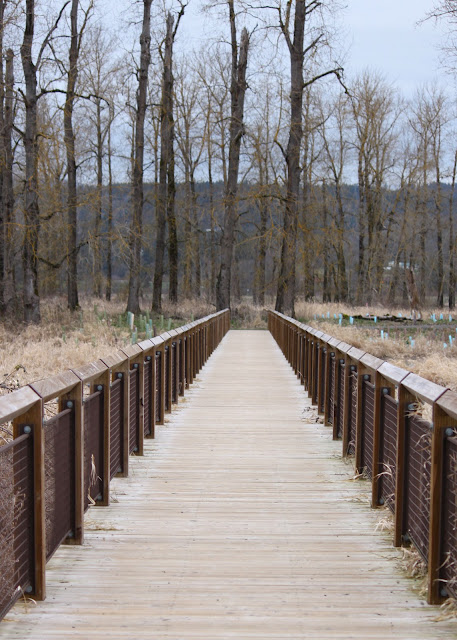 Along the trail I watched a kestrel catch a rodent and fly off to a tree where it proceeded to stomp it to death on a limb.  At least that's how it appeared.  Lucky for you I didn't get any good photos of this.  The main trail intersects the dike trail along the Columbia River after awhile and this is where the star of the show herself has been spending her time.... 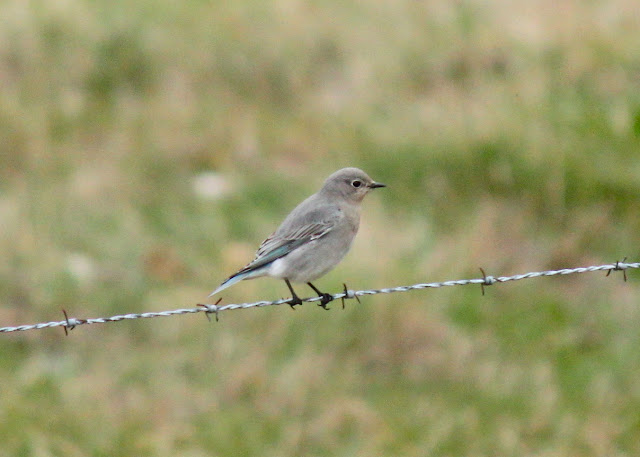 Yep that's a Mountain Bluebird!  I feel a bit like jerk- I put off going to look for her for a long time because it was the female and not the male.  Some feminist I am...  This little lady was all class and she made me realize I was just as happy to see her as I would have been to see a male. 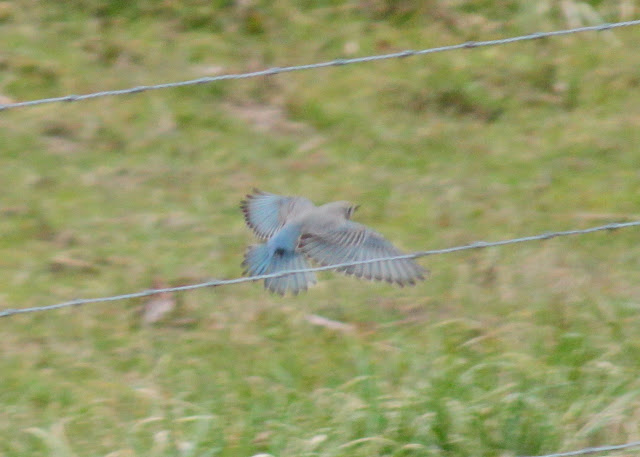 Plus look at her fly!  She is just as fancy as a male.  Go see her!  Also around were oodles of robins... 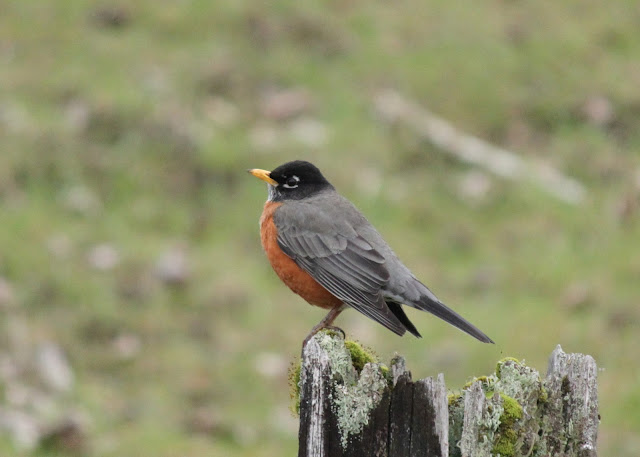 Anyway, I had a very nice couple hours at the refuge before the rain kicked in.  The resident Mute Swan was napping on the lake, a Pileated Woodpecker flew over my head, and a Bald Eagle perched near the bluebird looking way too cool for the rest of us.  Good times!
Email Post
Labels: American Robin Deer Mountain Bluebird Tree Swallow