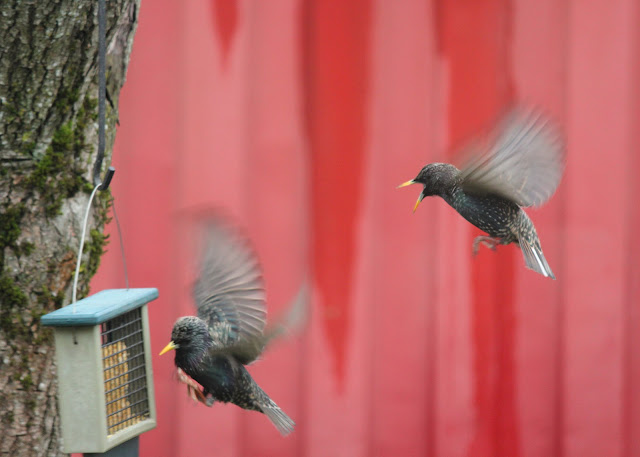 Then the two birds start fighting in the air until either one breaks away, or they both land on the ground and continue their disagreement.  The latter has happened at least four times this weekend. 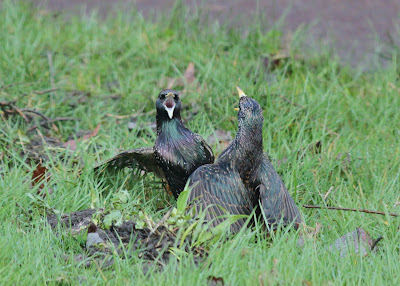 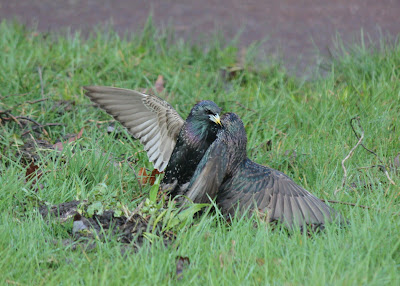 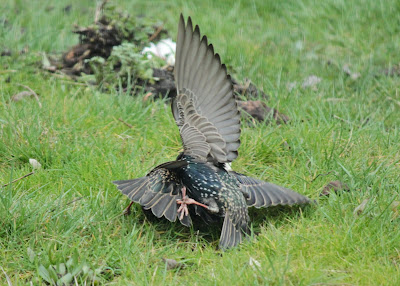 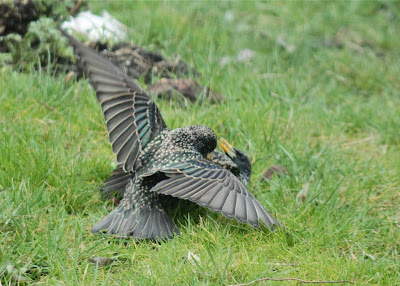 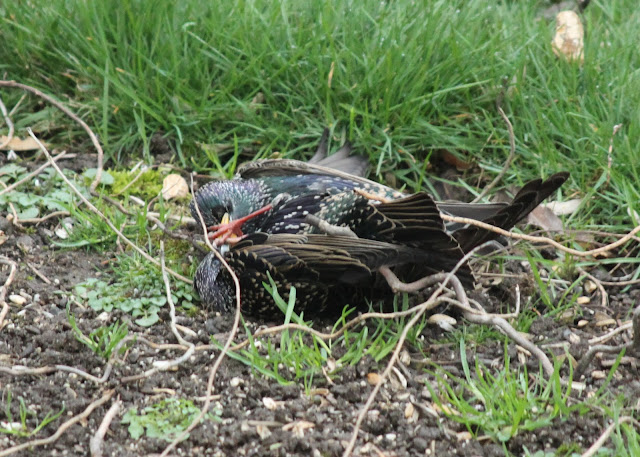 Intense stuff, but all the birds seemed to fly away completely fine.  Yesterday before the starling fights started a crow came by and made me laugh... 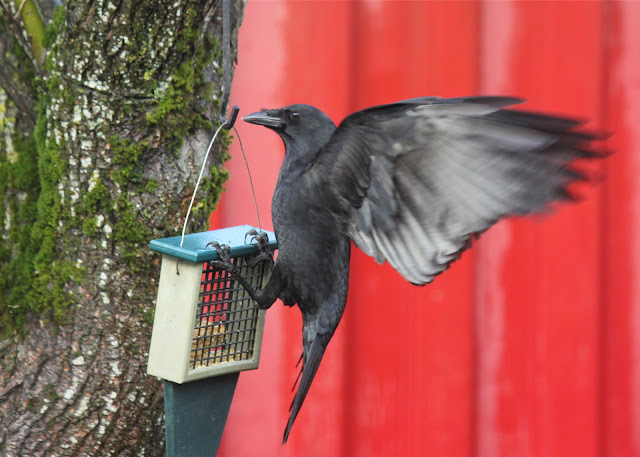 Today the scrub-jays came by for their peanut fix.  One bird decided to just hide the peanuts all around the yard including in this Fred Meyer bag: 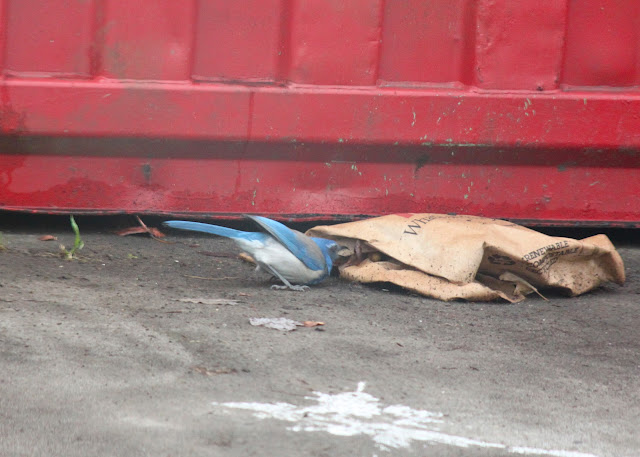 Anyway, enough of the yard stuff.  I went up to Scappoose Bottoms yesterday afternoon to see if the Rough-legged Hawks were still around.  I found one perched on a fence post pretty far away, but as some crazy winds picked up he decided to show off for me. 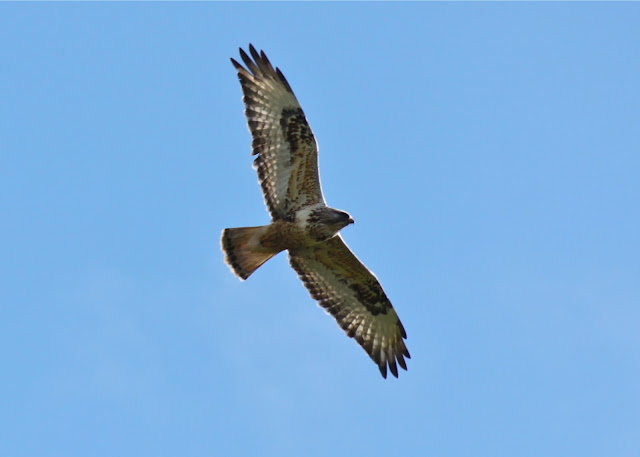 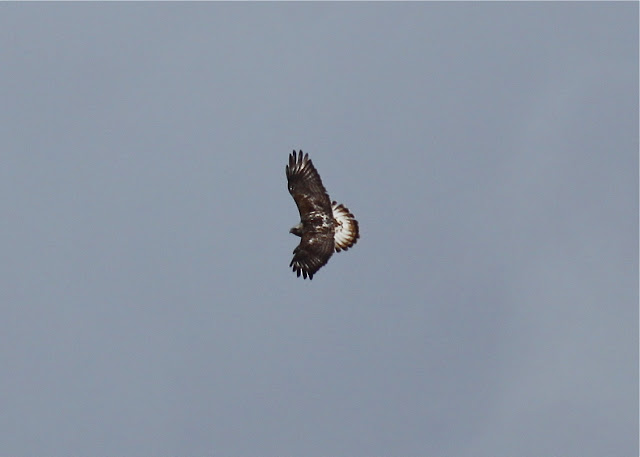 In the distance were a pair of Bald Eagles perched with flocks of Snow Geese flying in behind them... I have no sense of direction so they may have actually been on Sauvie Island or even Ridgefield. 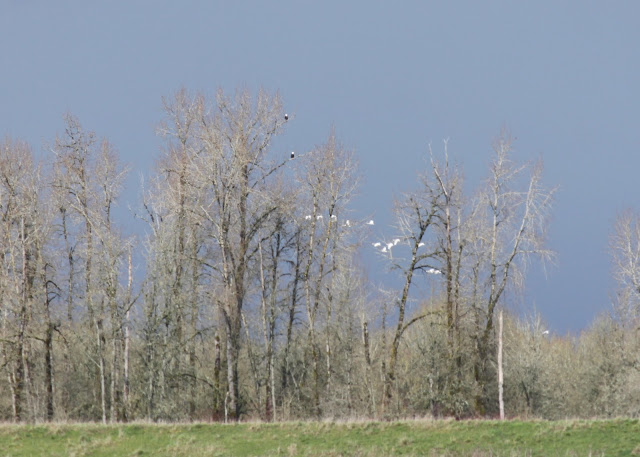 I stopped to pick up some cow bones for a friend, interestingly right in front of a cow crossing sign... 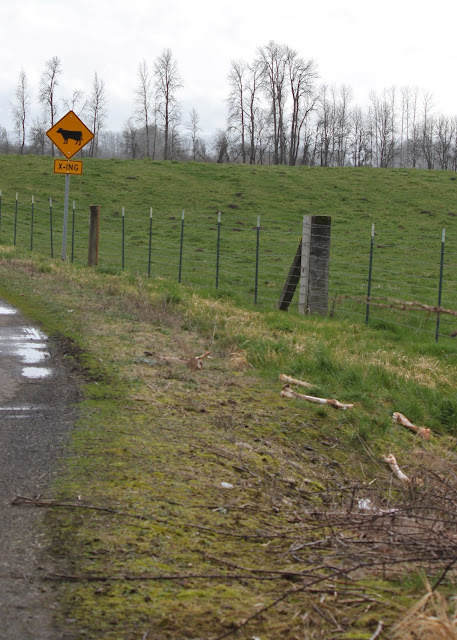 One of my favorite things about the day was seeing two different male harriers hunting- I so rarely see the males that they always seem special... Unfortunately it was raining pretty hard when I saw this guy: 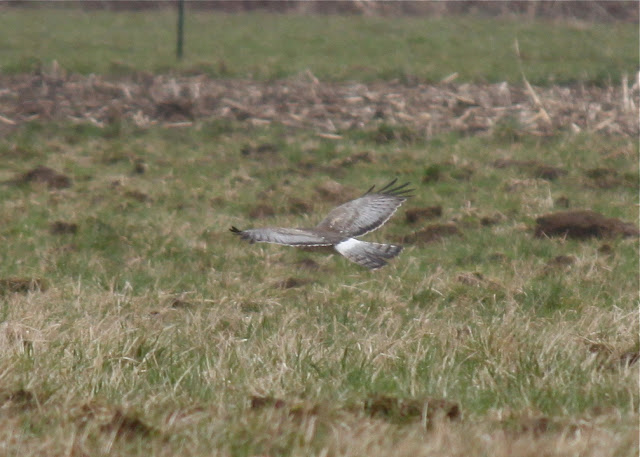