on March 19, 2012
I didn't have much success with the birds this weekend.  On Saturday I walked the dogs along the Frenchman's Bar Trail and was surprised to find this: 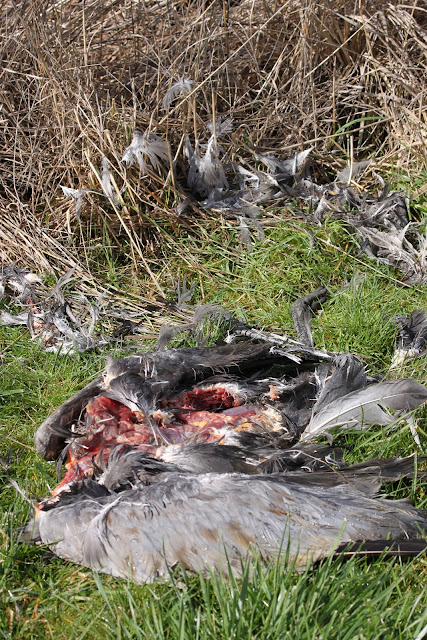 I thought it was a dead heron at first because its head and neck were tucked below the body.  I have trouble leaving dead stuff alone so I rolled it over with my foot (to the delight of my dogs) and discovered it was a Sandhill Crane. 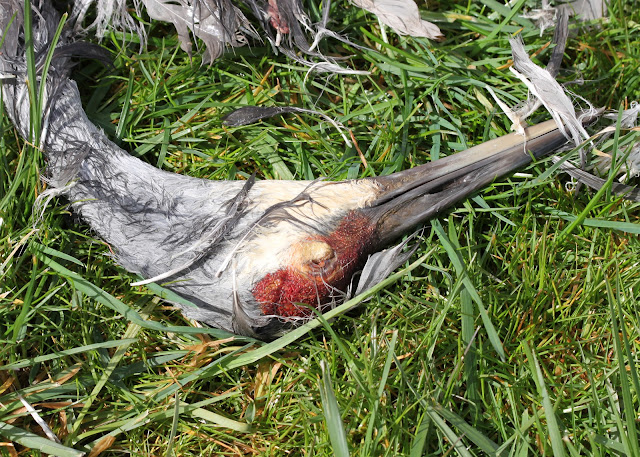 It really bummed me out...  I couldn't figure out how it met its end.  Possibly hit by a car but that seems super weird.  Maybe a dumbass hunter shot it by accident and dumped it here.  Who knows.  I couldn't resist touching its beak- I popped it open and saw its tongue.

The park was tame bird-wise but a couple of Spotted Towhees were hopping around. 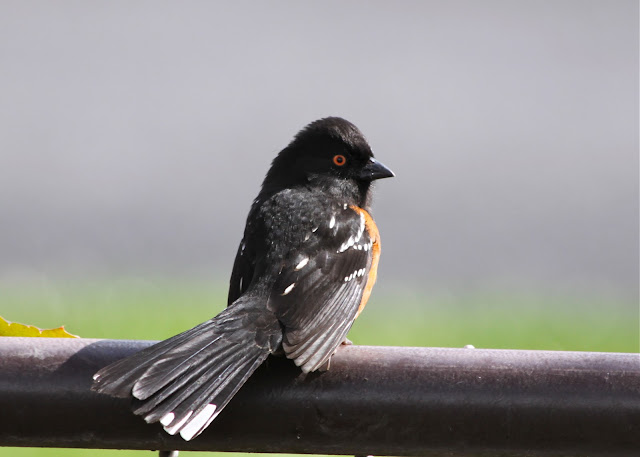 Sunday morning I headed down the valley to somewhere south of Corvallis to look for the Gyrfalcon that had been present for three days prior.  It was not there.  It was a disappointment, but I did get to gaze at an amazing display by a male Northern Harrier.  I found a website that suggests what I saw was a courtship display called skydancing.  It was mesmerizing and by the time I thought to take a photo it was over.

I tried to make the day better by stopping at Ankeny NWR on my way back north.  The Rail Trail was closed (flooding?) but I sat and watched some eagles by Pintail Marsh (I may have just made that name up).  There were five sitting in one tree, and a sixth in a nearby tree kept an eye on them. 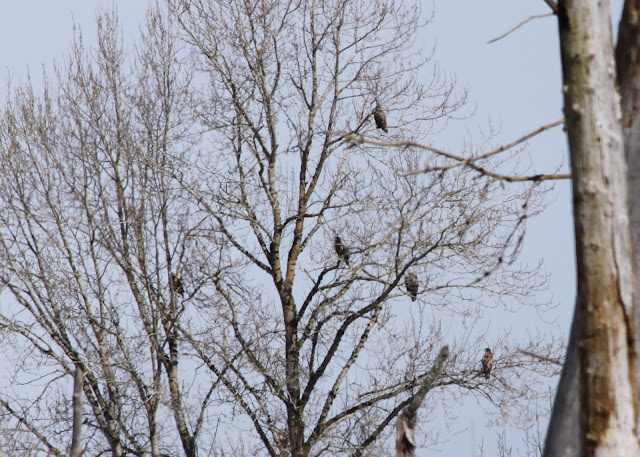 Three flew off together at one point and I got to see a split second of talon-locking! 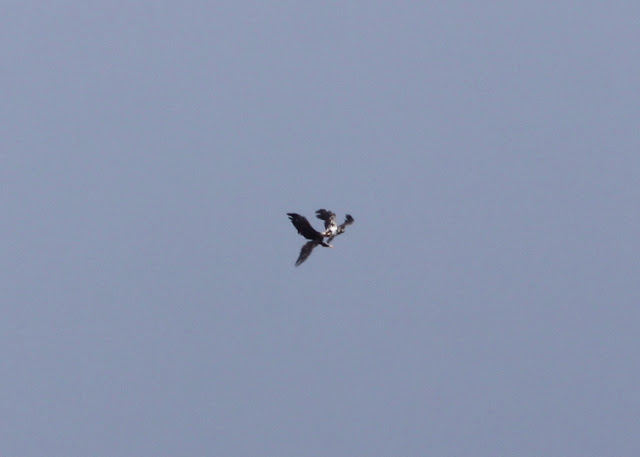 I stopped at the viewing gazebo on Buena Vista Rd and was happy to find a Black Phoebe flycatching with the Yellow-rumped Warblers.  The first time I've seen one there. 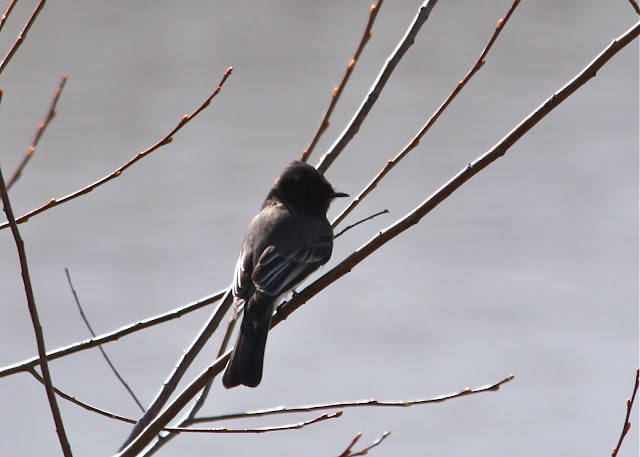 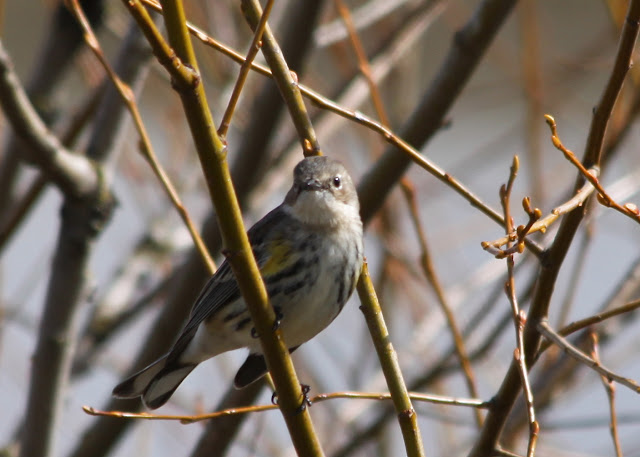 This gnarly fella was hanging out there too: 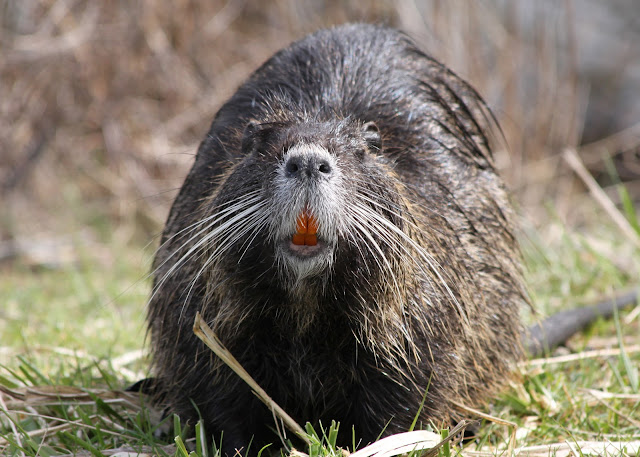 I got back to Portland just in time for a hail storm followed by snow.  This morning when I woke up there was a nice dusting of snow too.  WTF.  This afternoon I dragged my non-birding friend up to Mt Tabor, assuring him that the weatherman said it would be dry all day.  The weatherman was seriously misguided.

This Anna's Hummingbird did not approve of the wintry mix coming down... 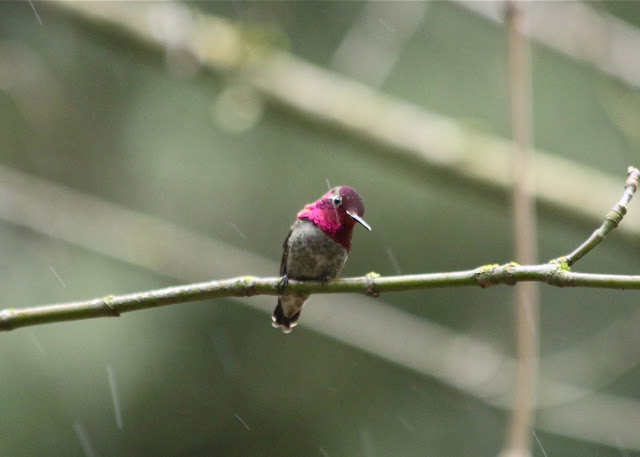 We found a nice big flock of Varied Thrushes- at least twenty birds.  It was awesome. 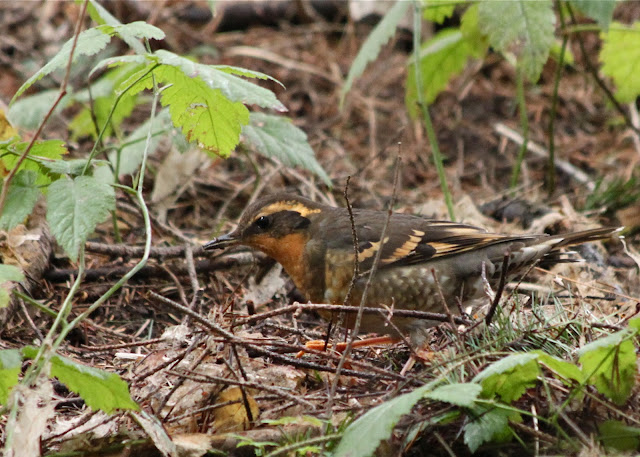 A handsome Red-tailed Hawk flew right over our heads and landed in a tree in front of us. 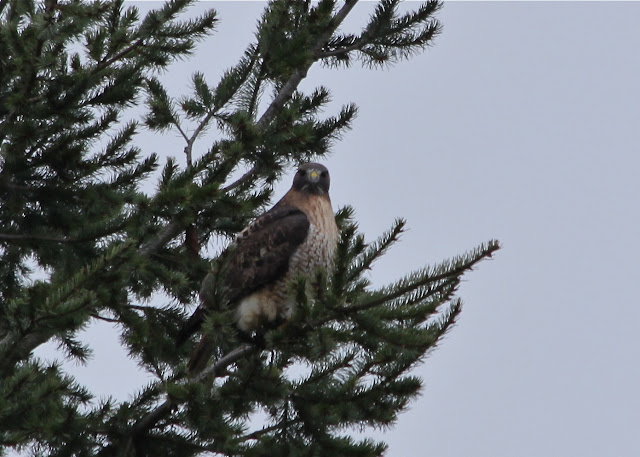 This Steller's Jay was pissed about the rain/snow too: 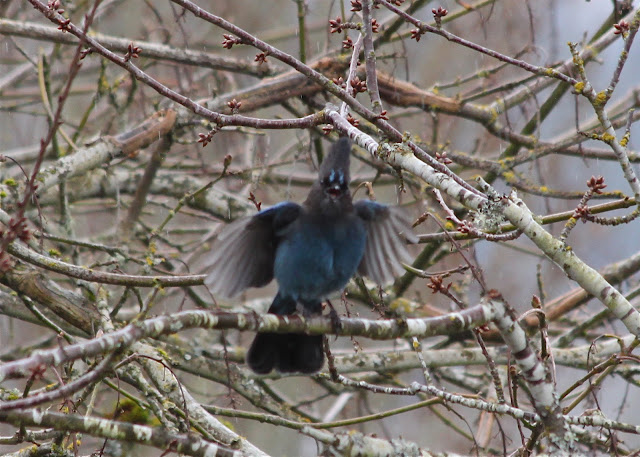 Ah well, it was fun despite the weather.  Birding with non-birders is pretty funny- they always get real excited to point out birds to me (as they should).  Good times!
Anna's Hummingbird Bald Eagle Black Phoebe Red-tailed Hawk Spotted Towhee Steller's Jay Varied Thrush Yellow-rumped Warbler