on April 15, 2012
Yesterday morning I drove out to Sherman County to poke around and do some birding.  My first stop was the Deschutes River State Recreation Area where the dogs and I hiked along the Old Railbed trail (or something like that) for about a mile and a half before turning around. 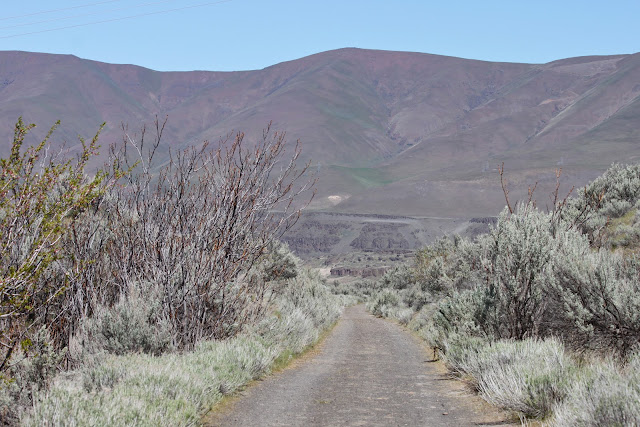 My hopes for this trail were Canyon and Rock Wrens.  I didn't see any but twice I heard the distinct song of the Canyon Wren.  Aural lifer?

There was a dark morph Red-tailed Hawk that seemed to claim the side of the canyon.  He would hover above it until either a smaller bird (a kestrel I think) would start dive-bombing, or a Turkey Vulture would come by and he would go after it.   Lots of drama. 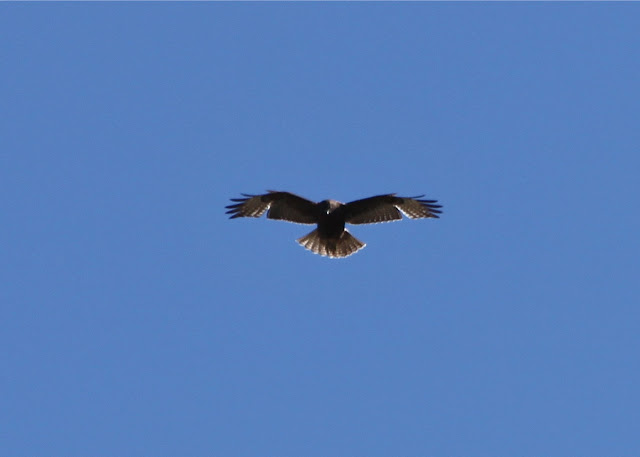 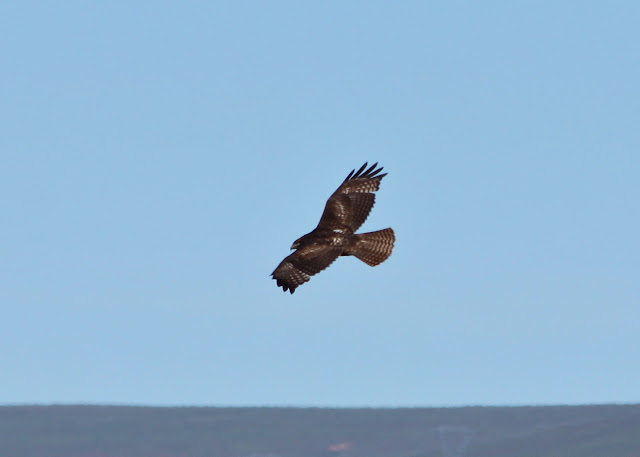 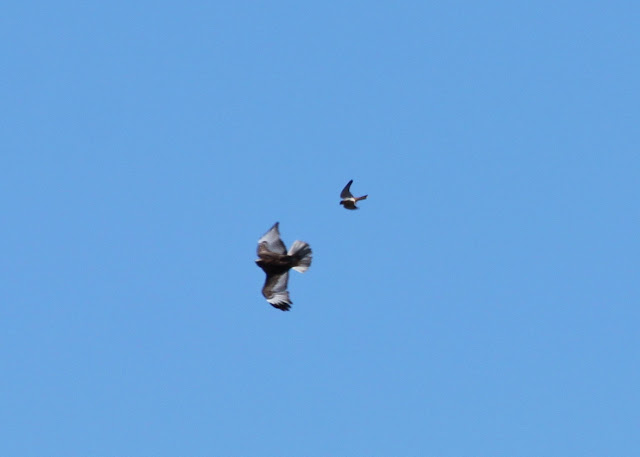 
Also around were ravens, Osprey, lots of gulls, and some swallows.  Nothing too exciting but a very nice hike nonetheless. 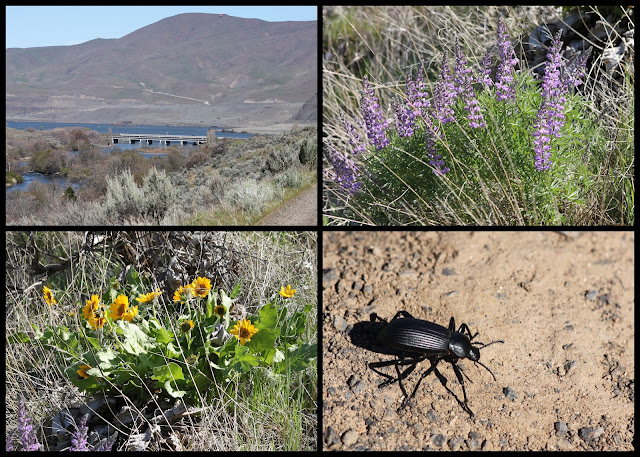 And the dogs were stoked... 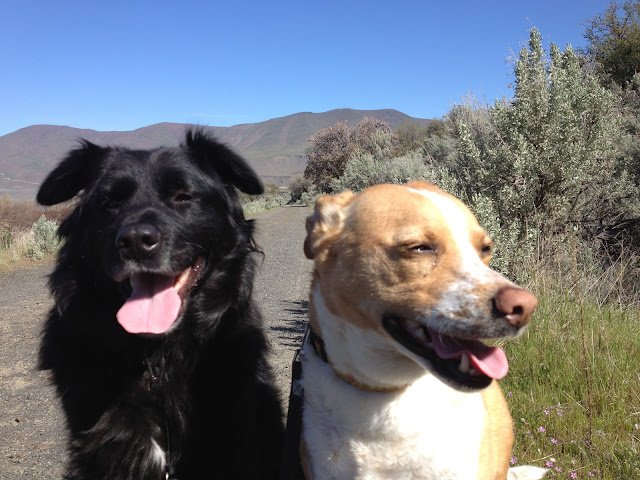 After the hike I drove down the road to Fulton Canyon where I found a few Black-billed Magpies... 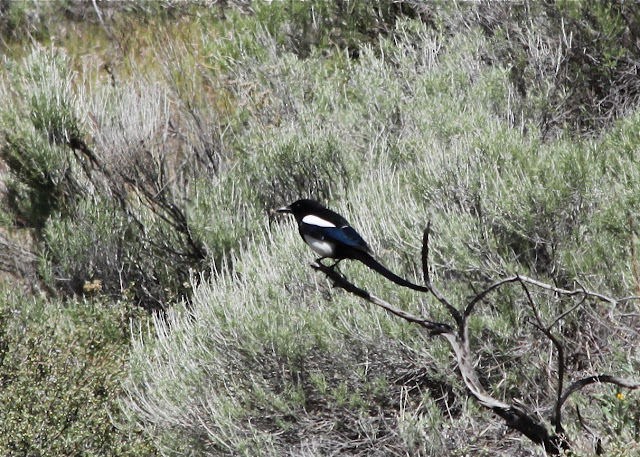 A bit farther down the road I came across a creepy old church and immediately remembered seeing it in Michele's blog...  I really wanted to go inside but there's a few No Trespassing signs that kept me out.  Down the road I stopped to watch what I thought was a male Northern Harrier at first, but soon realized it was a Rough-legged Hawk: 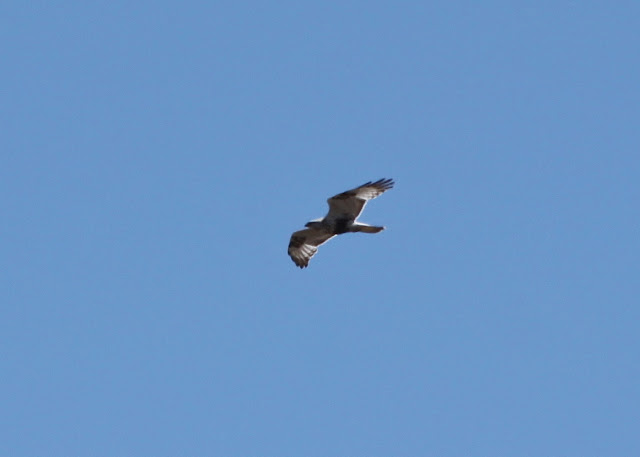 I followed the highway to Highway 97 to look for good sparrows and larks.  I saw a group of birds fly up and immediately pulled over to see what they were: 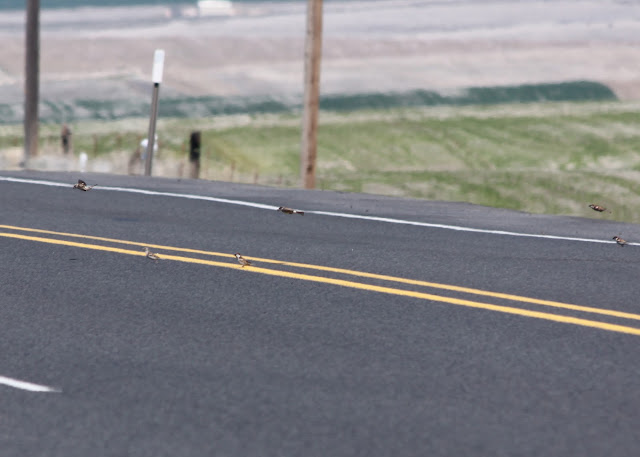 I tried to turn at least one of these birds into a Lark Sparrow, but sent the photo over to Seagull Steve for help.  Apparently they are all House Sparrows.  Dang it.  I've never seen a flock of House Sparrows in the wild before.  A Horned Lark was with them also, though was left standing in the road alone: 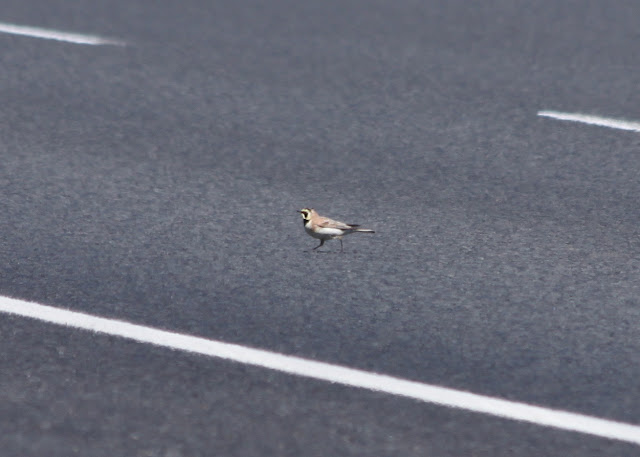 I was totally fooled by this thing: 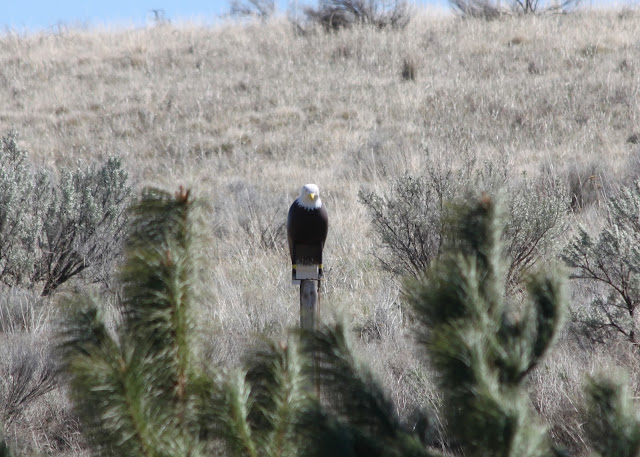 Lastly we stopped at the DeMoss Springs Park on 97.  It's a cute little park with some picnic tables and a restroom, a good place to stop for potty breaks for both me and the dogs.  There is a weird building there that is probably used for something... 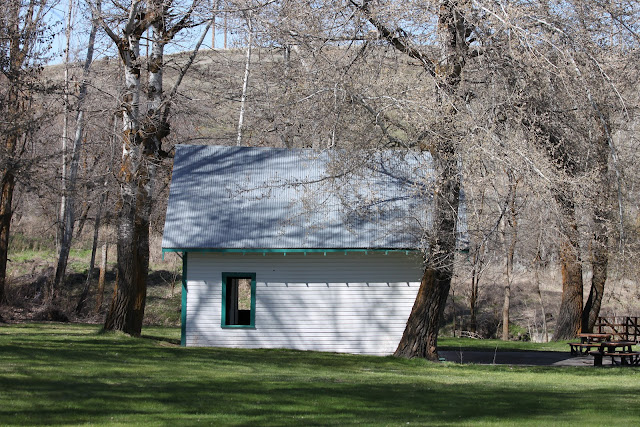 An online birding guide suggests this site is good for Great Horned Owls and Barn Owls.  I am thinking there's a Barn Owl living in that building because I found several owl pellets on the ground around it, and from inside you can only see part of the rafters.  Anyway, I sat down at one of the picnic tables to pull apart the pellets... 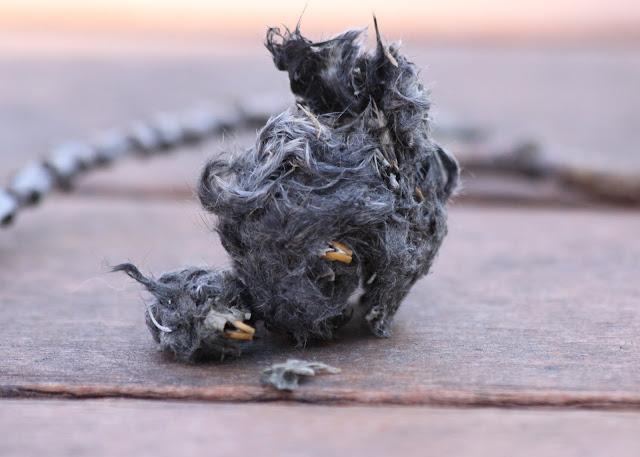 Chock full of little rodent skulls and bones.  So rad.  Anyway, that was about it for my day...  Good times!!