Oh man, it's been a busy weekend.  Nice weather means I have trouble justifying staying still for very long so I was out and about seemingly nonstop.  Since I didn't blog about most of it yet I have way too much to share..   I will try to strip it down to the essentials, like the THREE lifers I got in the last two days!

The first lifer is a tad embarrassing: Hutton's Vireo.  I really should have seen one before yesterday.  I found him hopping around in the woods at Tualatin River NWR. 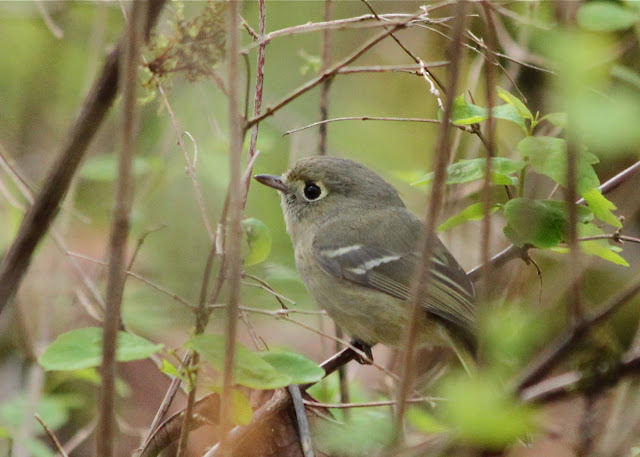 This morning I went chasing after the Clay-colored Sparrow in Troutdale.  I found Jay Withgott shortly before he found the sparrow in addition to TWO Brewer's Sparrows!  The location of the sparrows is of questionable status (there's a hole in a fence you have to crawl through- enough said) but I dove right through there when Jay came running to report what he found.  Three of us (me, Jay, and Bob Stites) crept over to the spot where Jay had seen the birds fly and miraculously the birds posed on fenceposts, then landed within 20 feet of us. 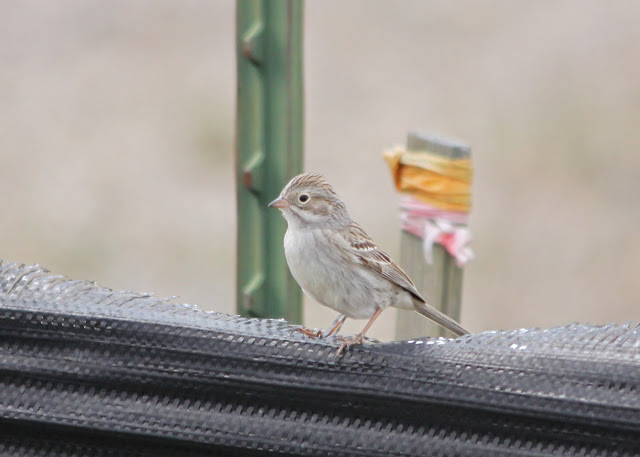 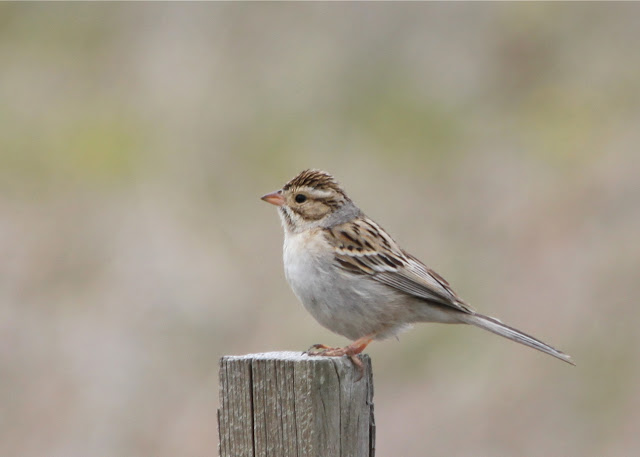 The views we had of these birds could not be beat!  I was thrilled- two lifers! 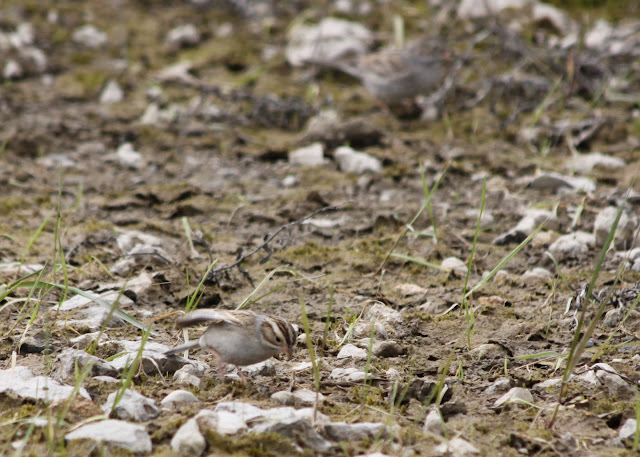 Alright, now that awesomeness is done with, let's see what else?  On Saturday I decided to take the dogs for a long walk to Force Lake.  I thought it was maybe 3 miles from my house.  Nope, it's five.   I did add a couple birds to my motorless list at the lake: Redhead and Osprey.   And this singing Marsh Wren was being pretty bold: 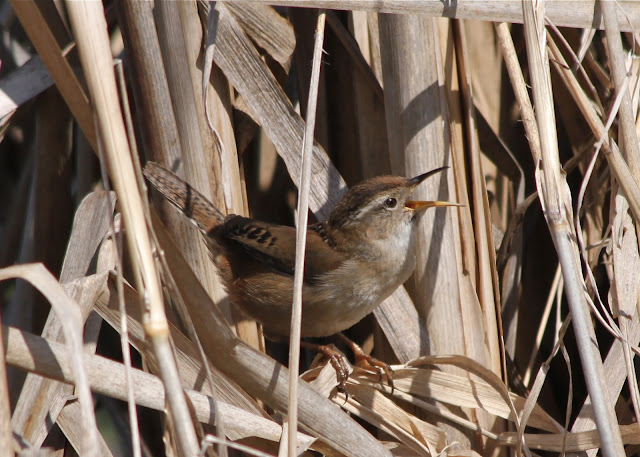 An Anna's Hummingbird worked on scratching an itch: 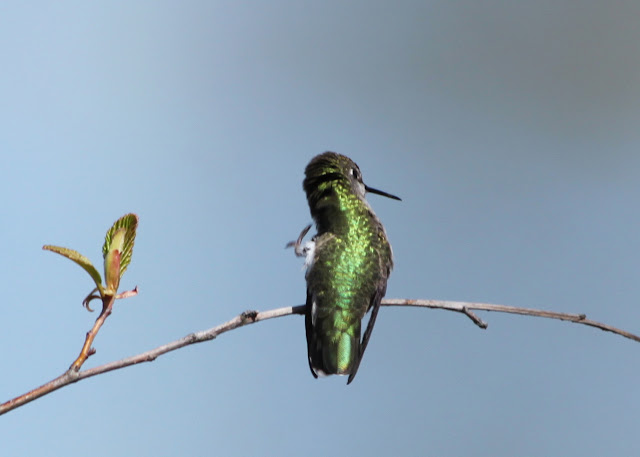 There was a pair of Canvasbacks in the lake too... 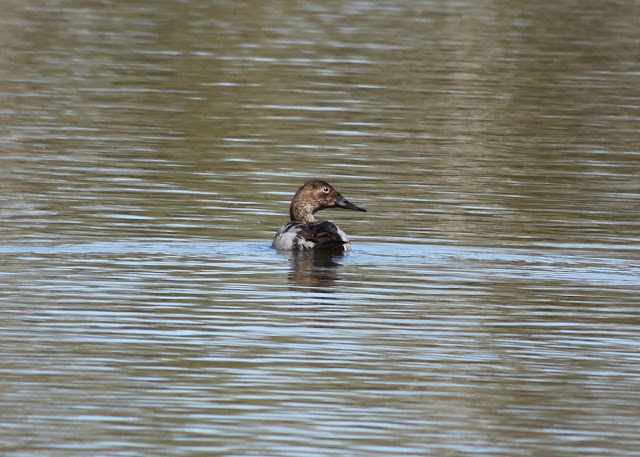 On the long walk back home we passed a patch of land nestled between a freeway entrance and another road where I heard a Killdeer.  I looked around and found one right away, then another, then another and another... Oh and waitaminute some of these fellas look small and fluffy!  Yep, young Killdeer in all their adorable glory... 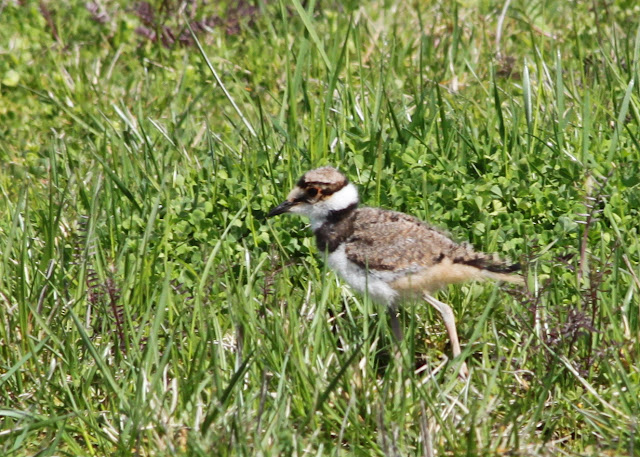 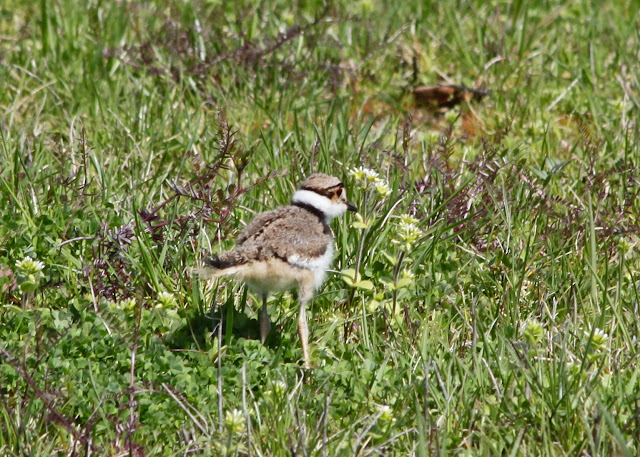 One of the parents tried the faux broken wing trick to lure us away but eventually gave up when it became apparent I was not new in town.  Then the parent hid in some flowers. 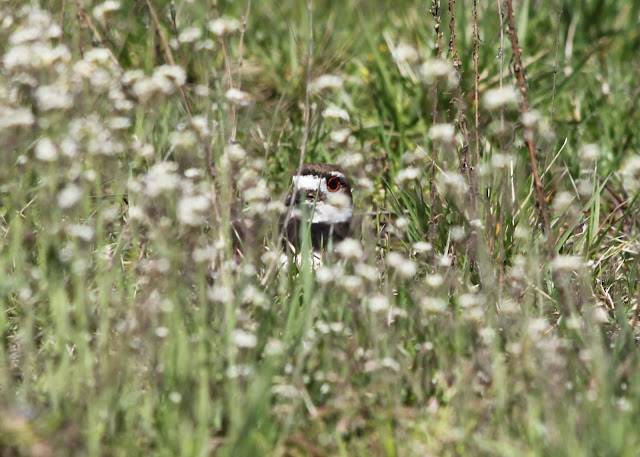 Yesterday morning I got an early start at Tualatin River NWR.  I was greeted by eight species of sparrow: 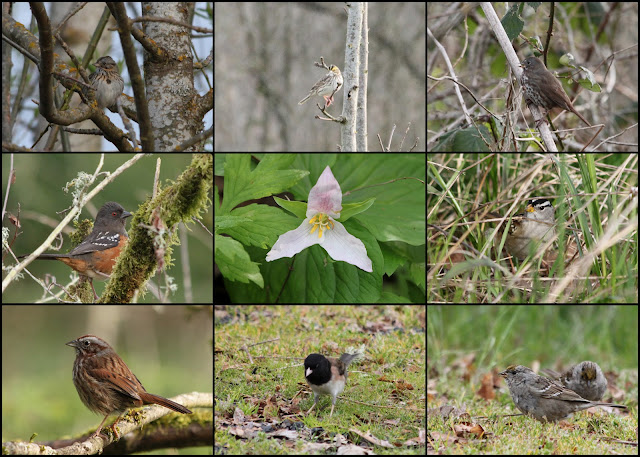 A couple of deer managed to scare the crap out of me not once, but twice! 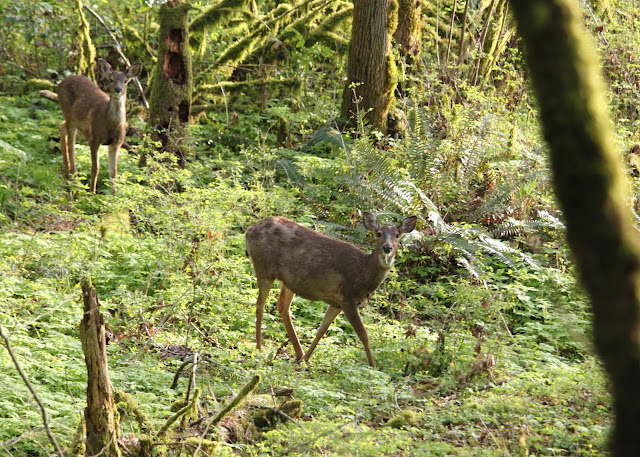 Chipmunks were running around all over the place too: 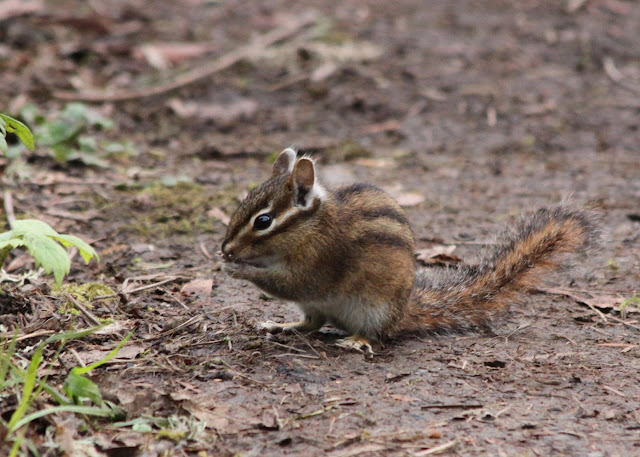 I finally got my FOY Rufous Hummingbird in the woods, and on the way back to my car a gorgeous Anna's visited some currant: 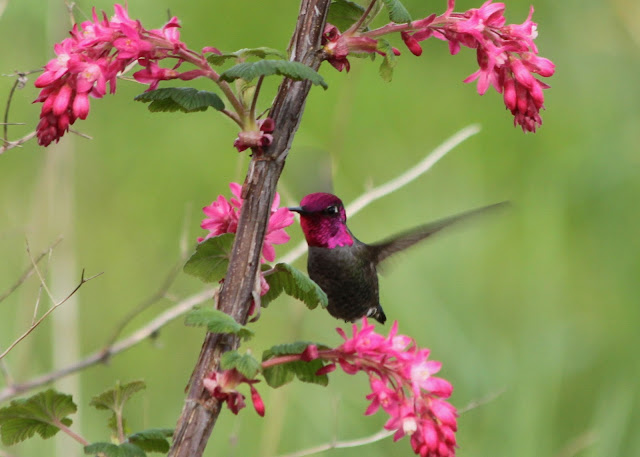 After the refuge I headed to Fernhill Wetlands to search for the reported Swamp Sparrow.  I never found it but I did meet a couple of other nice birders so that was cool.  It was awesome to see Common Yellowthroats all over! 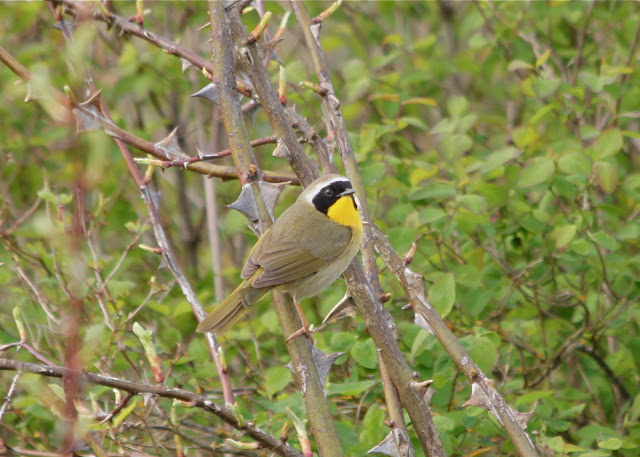 Tree Swallows seemed to be posing on every nest box around... 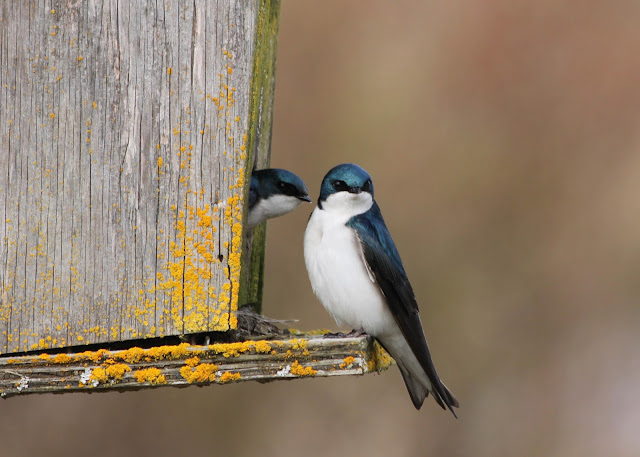 Lastly, a group of four Horned Grebes were swimming together, all in different stages of molting... And all in bad light. 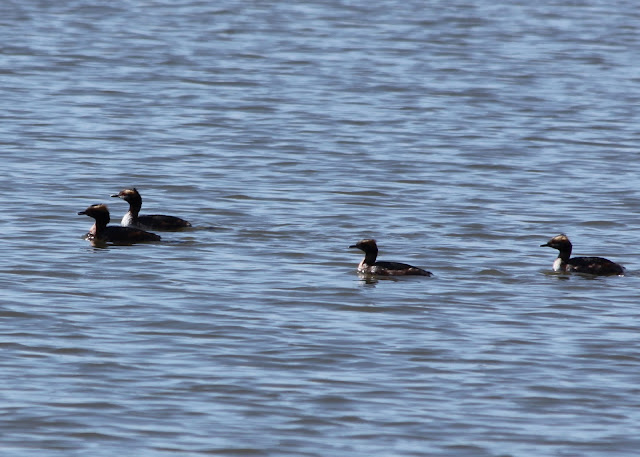