on May 15, 2012
My second morning in San Antonio I asked Mystery & Enigma if we could visit Brackenridge Park near the San Antonio Zoo.  I had seen some good birds mentioned on eBird and hoped we could track them down.  What I had not known beforehand was that there was a Cattle Egret rookery there! 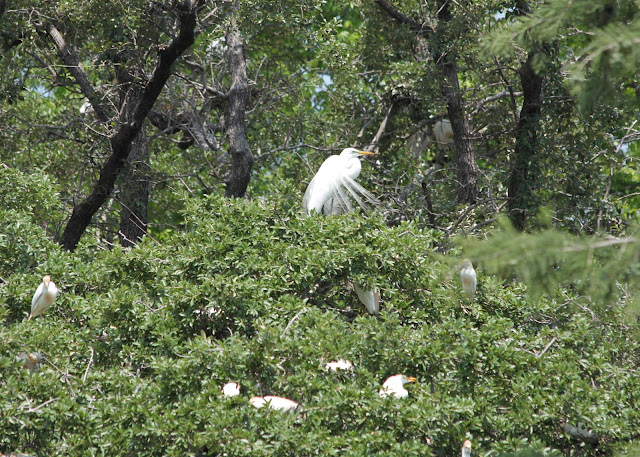 As you can see, Great Egrets joined in the egret mass. 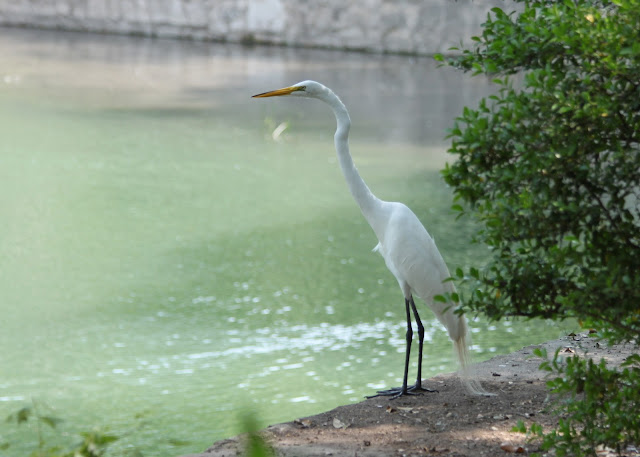 It was pretty crazy- so many birds flying around, making noise, hanging out, etc. 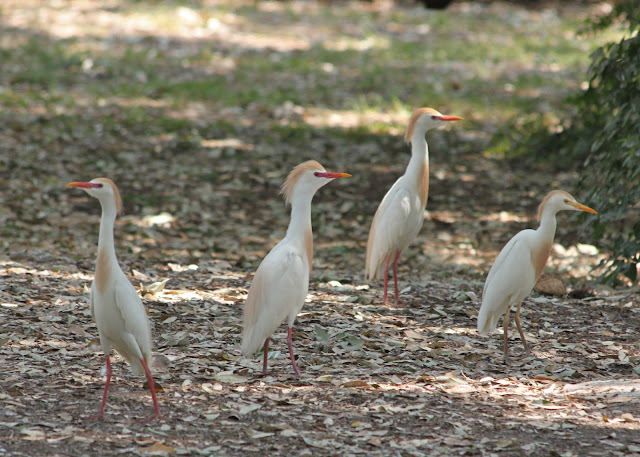 I've never stood directly below a rookery before.  It smells.  A lot. 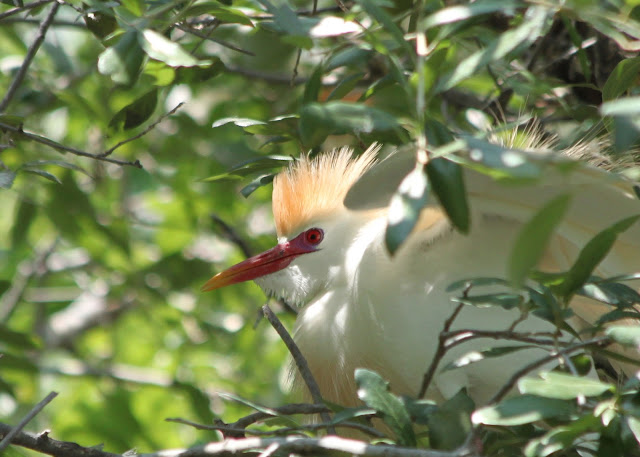 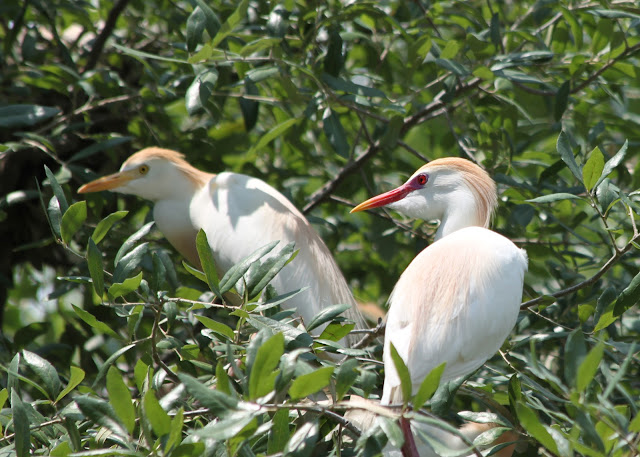 Also joining in the madness were Little Blue Herons! 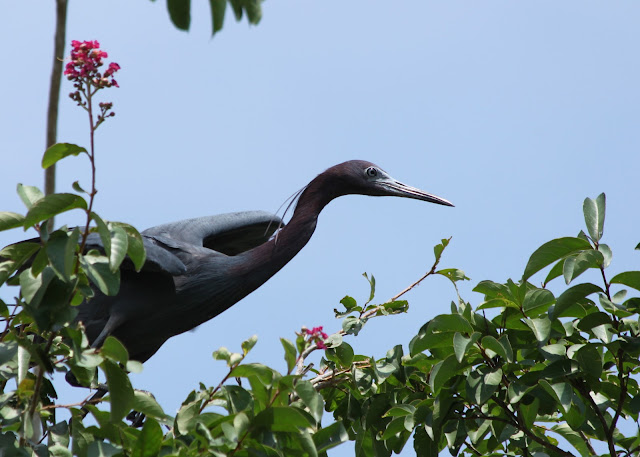 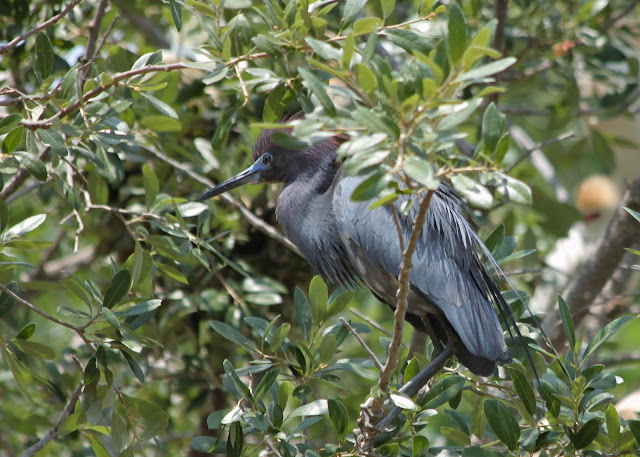 Another heron I was happy to find in the park was the Yellow-crowned Night-Heron!  We had seen one the night before while we walked along the riverwalk but using the flash made for weird photos: 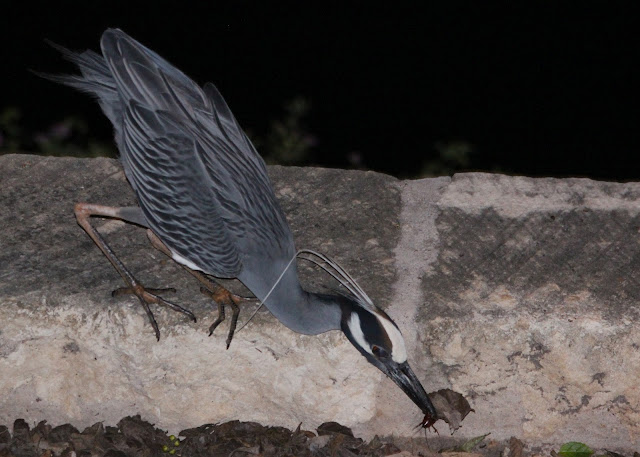 Mystery & Enigma pointed out that it was pretty cool that we found a Night-Heron at night though...  True, and catching cockroachy things to boot.  Too bad this bird was located dangerously close to an extremely chatty old man.

The herons at the park were rather chill... 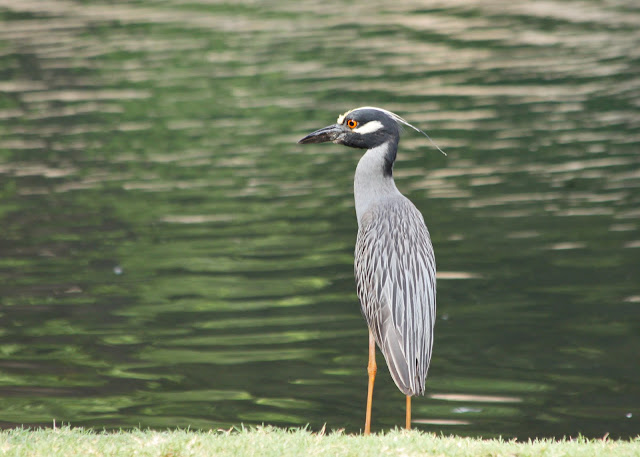 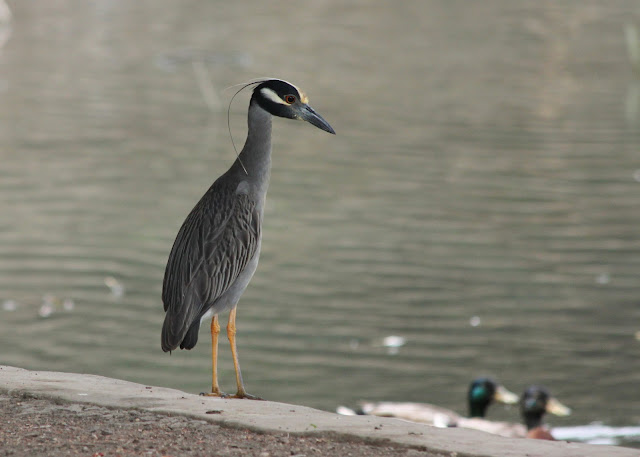 So awesome!  Along the water were lots more Black-bellied Whistling Ducks and a couple of their exotic friends I cannot identify... 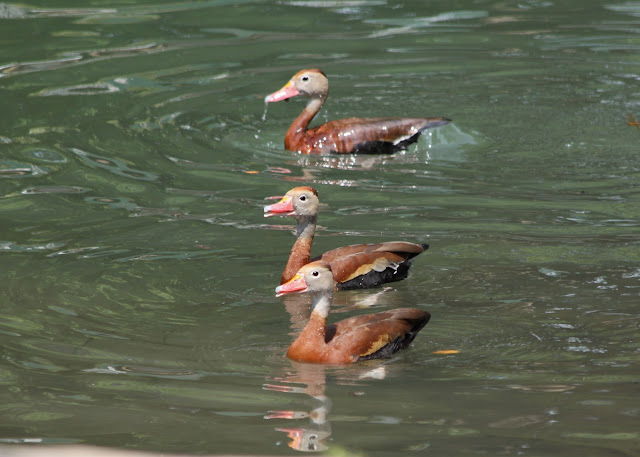 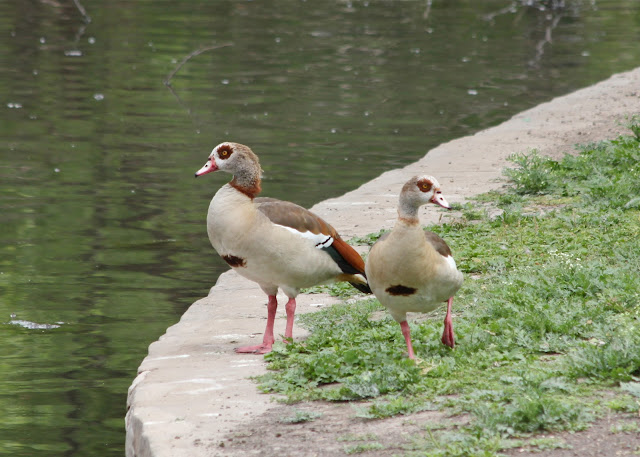 Ok, the waterfront was just one attraction of the park.  We also walked the dogs along some of the trails in the wooded parts, so do not fret!  I have a couple of mystery flycatchers for you! 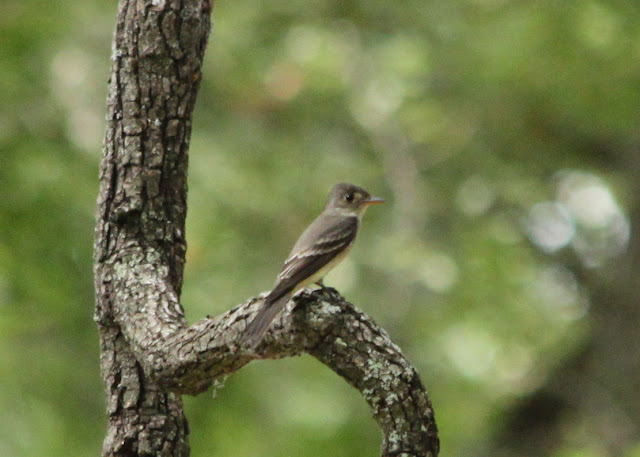 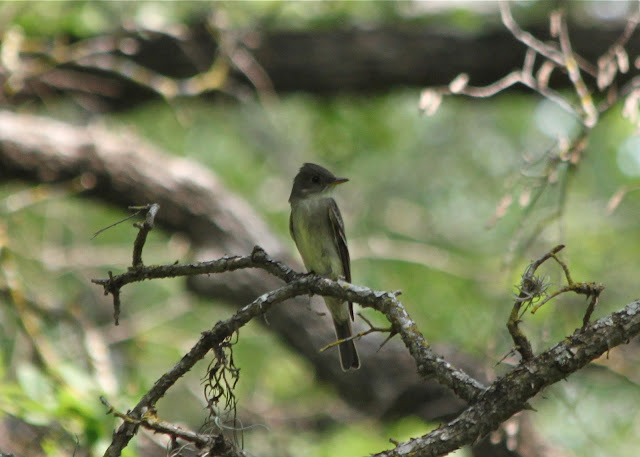 Different bird, yet maybe the same...

I saw lots of titmice in the trees and I was really hoping to find a Black-crested...  This almost looks like one but I'm afraid it's just the lighting? 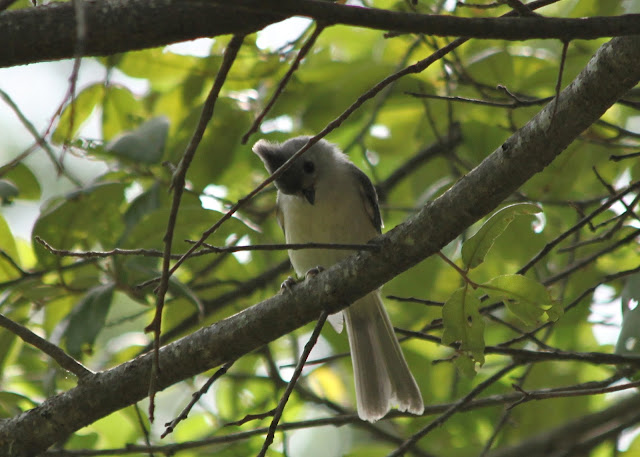 This other one looks more like a regular Tufted, though fairly uniform in grayness... 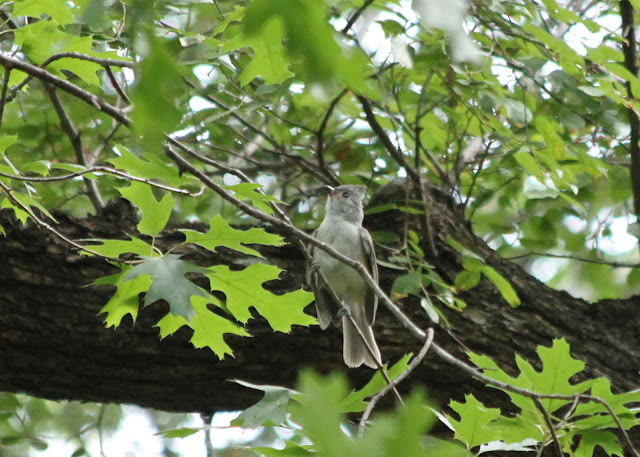 I wasn't able to find a Golden-fronted Woodpecker, but this Ladder-backed made up for it: 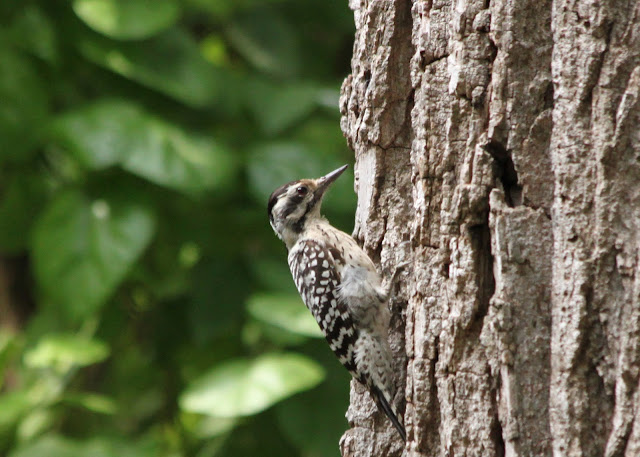 There were lots of other regular birds around like House Sparrows, cardinals, mockingbirds, and my first robin since arriving in the southwest.. 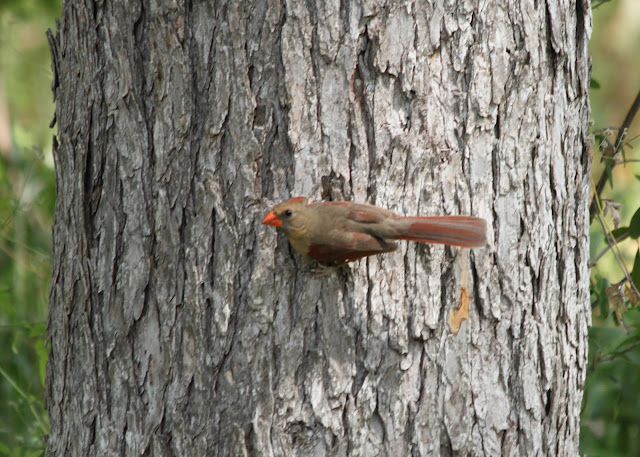 I might not choose to visit this park on Cinco de Mayo again, but it was still pretty awesome.  And hot.  And humid.  Texas.  That evening we went to the artsy celebration thing, Luminaria.  It was a fun time with lots of music and exhibits and five dollar cans of Corona. 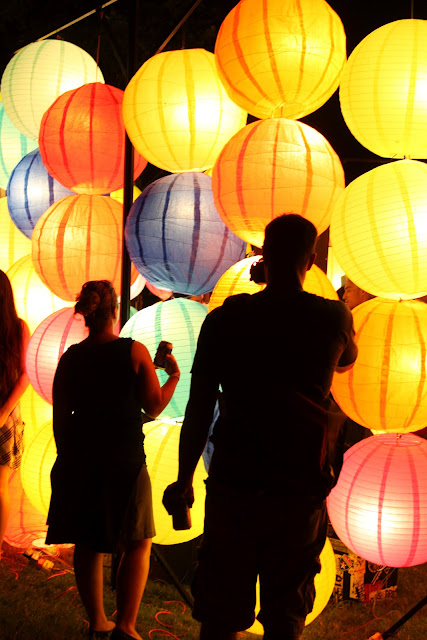 The best exhibit had to be the Pac-man lights... 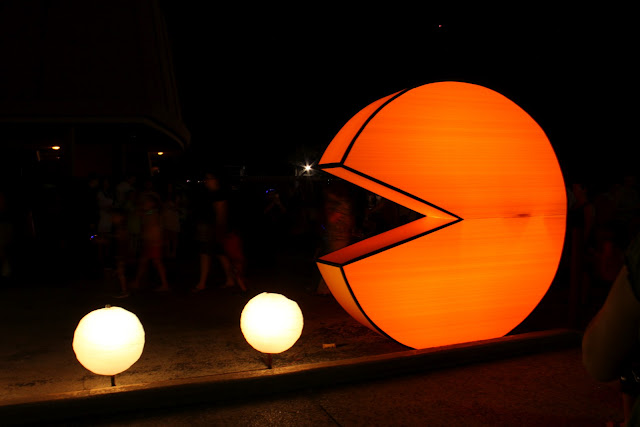 Oh yeah, and it was the night of the supermoon too! 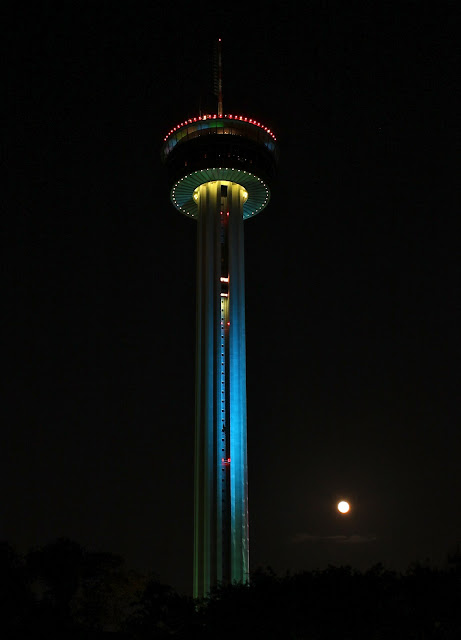