After drooling over hummingbirds, and being drooled upon by the Beatty's hound dogs, we headed up the Miller Canyon trail to see what we could see.  Evidence of last summer's forest fires is readily apparent, and it's amazing just how lucky the Beattys were. 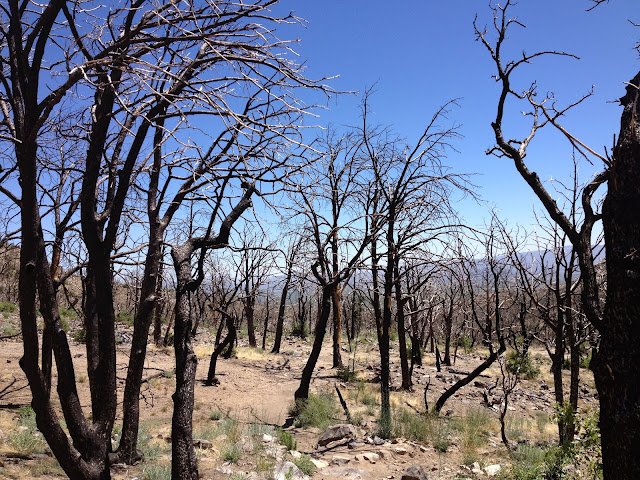 We saw a good number of birds, more warblers than any other place we visited.  Mostly just Black-throated Gray and Orange-crowned, but a couple of Hermits too: 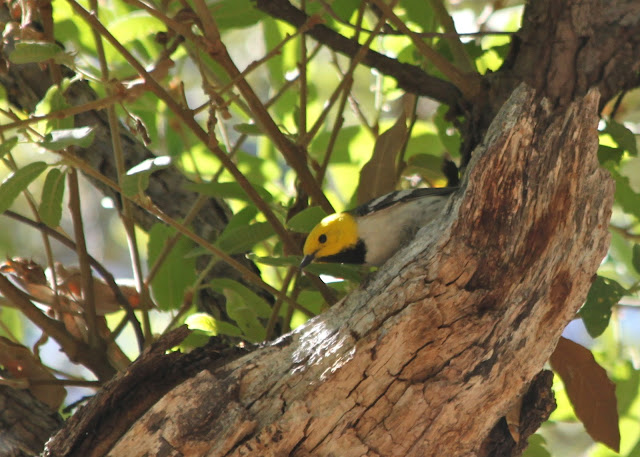 There were a lot of flycatchers that I will now miserably fail at identifying.  Just for you. 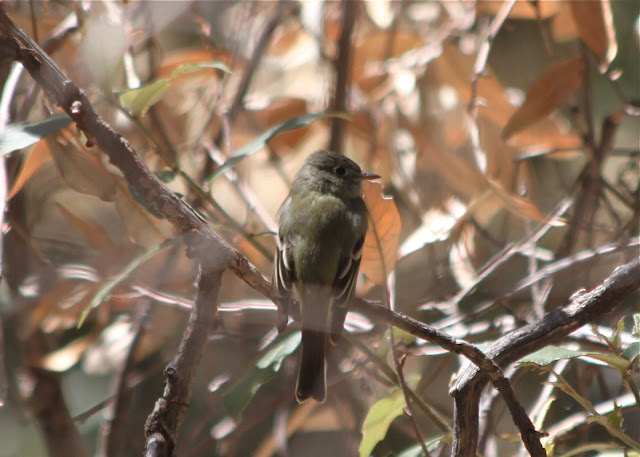 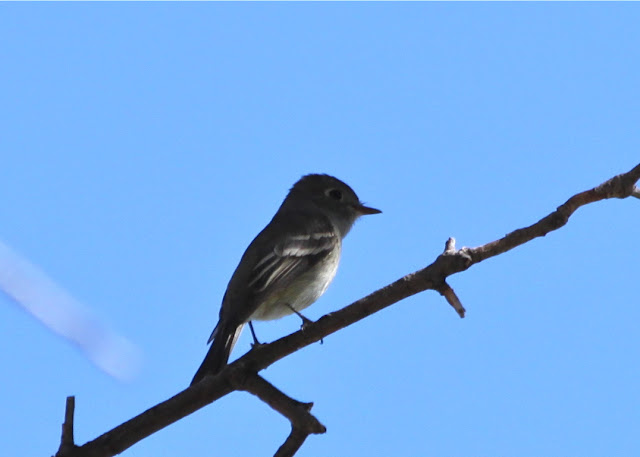 And then there's this bird, which is really bugging me: 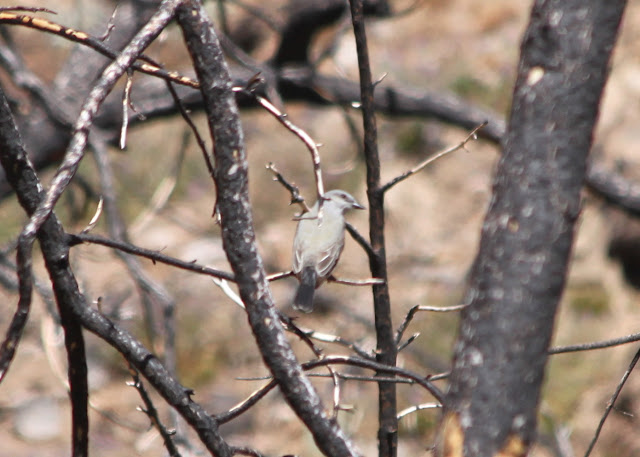 I was thinking some kind of vireo but I don't know...

After our hike we headed north to the San Pedro House, part of the San Pedro Riparian National Conservation Area.  The dogs were pretty hot and we were hungry so we set up some snacks and water at a shaded picnic table near some feeders.  The feeders were so great we ended up moving around to different tables to see different ones. 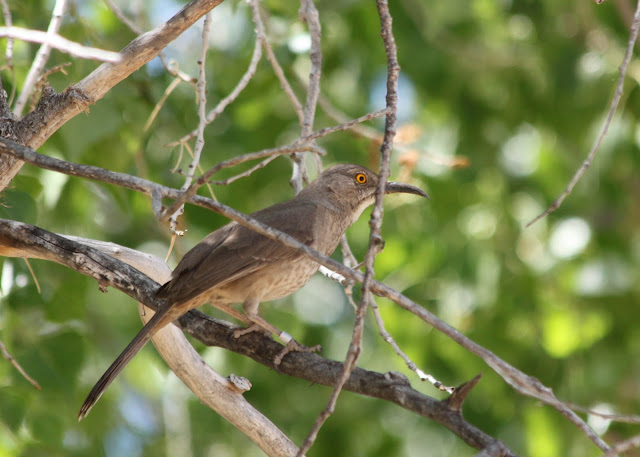 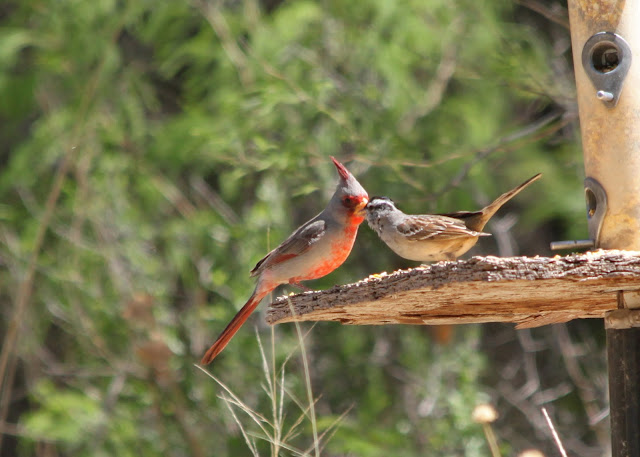 Pyrrhuloxia and an inconvenient White-crowned Sparrow 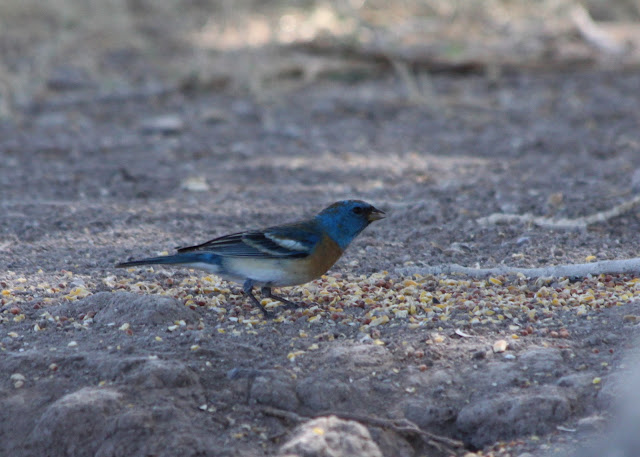 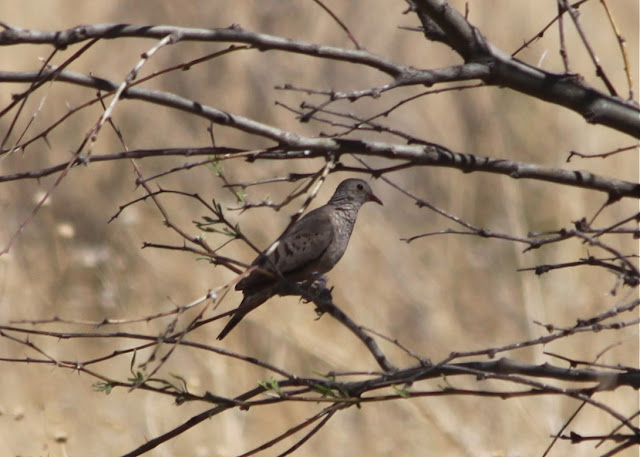 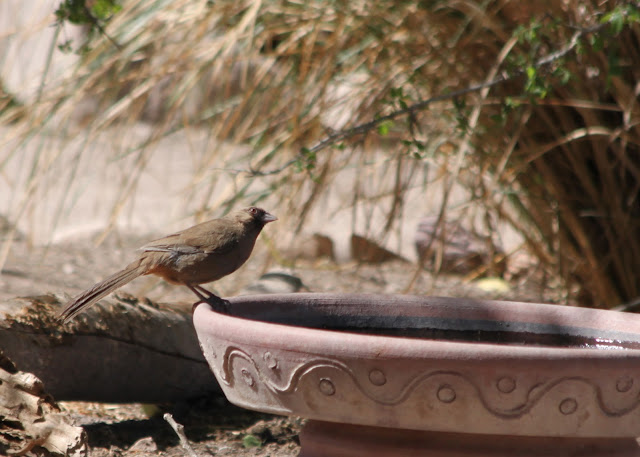 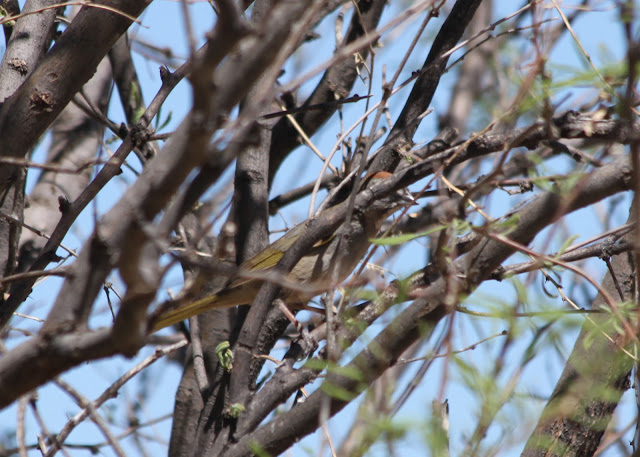 The best photo of a Green-tailed Towhee EVER.

Once we had cooled off a bit we decided to check out one of the trails down to the river.  The area was shaded enough that it wasn't TOO brutal, but still pretty hot.  The birds, as always, made up for it... 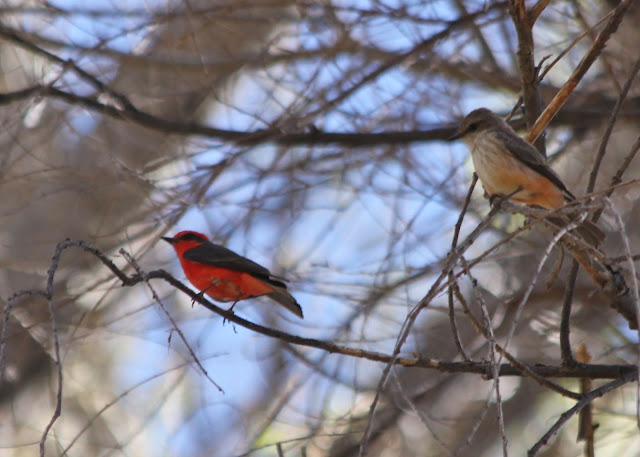 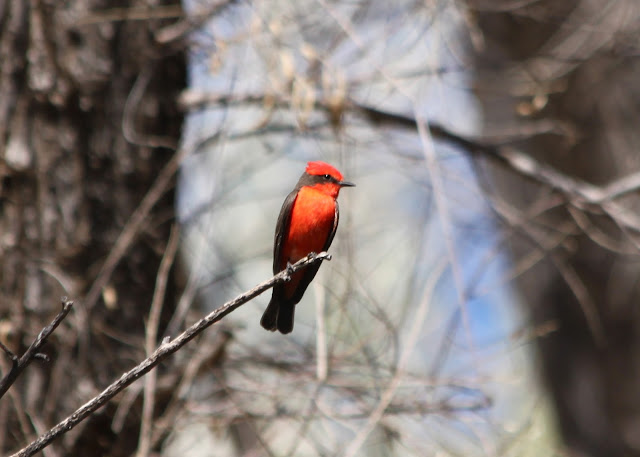 Of course there was a mystery (mysterious?) flycatcher... 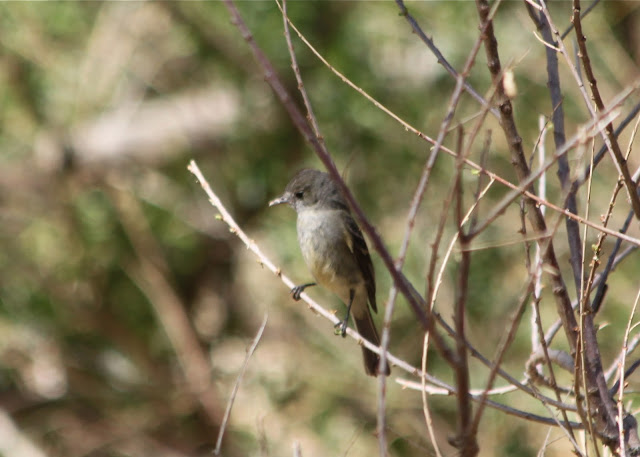 My favorite bird along the San Pedro was this Gray Hawk: 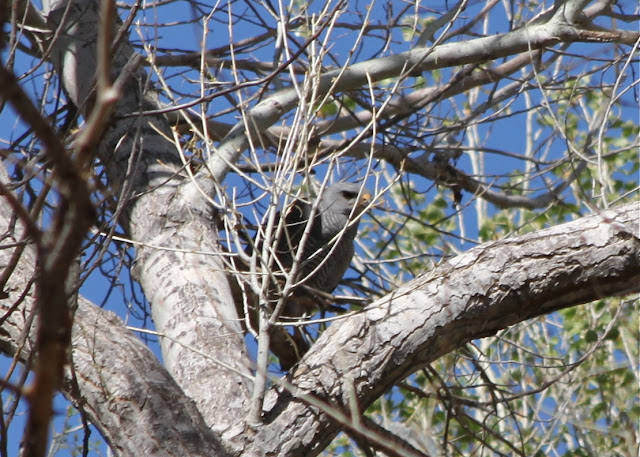