on May 20, 2012
I went out to the Sandy River Delta this morning to try to catch up with some of the recent arrivals.  The weather forecast was cloudy with a light passing shower, but instead it just rained lightly the entire morning.  Not too bad, only had to put on my raincoat for about twenty minutes.  The birds didn't seem to mind either.

Lazuli Buntings are all over the delta now... 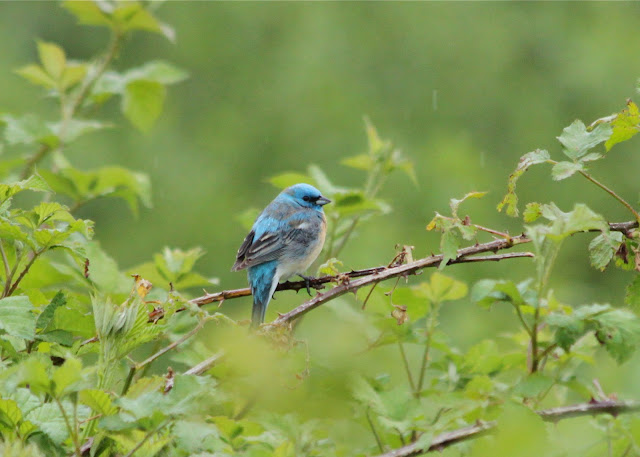 My favorite find of the morning was this Cassin's Vireo: 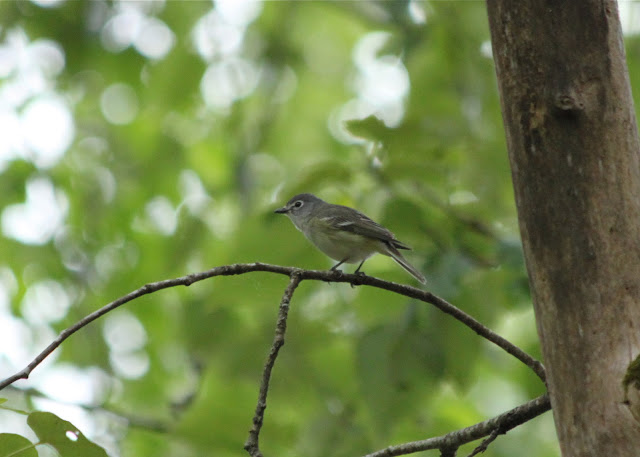 A new bird for me! 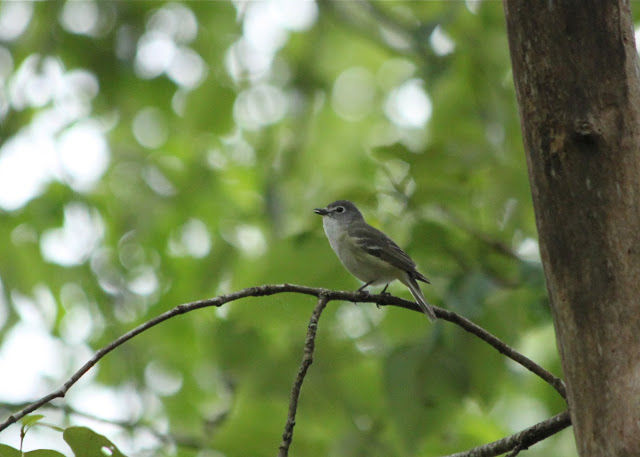 He was pretty chatty.  Nearby a couple of Swainson's Thrushes poked around in the leaves. 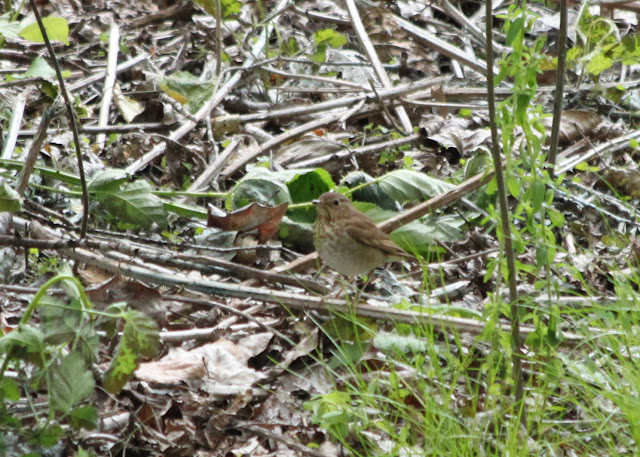 At one point I heard a bird making a ruckus up in a tree and while scanning for it I instead found a Great Horned Owl snoozing. 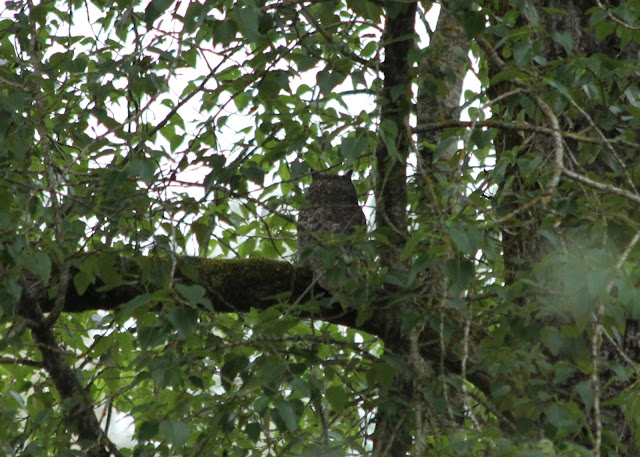 First time I've ever seen an owl out there, pretty cool.  At the end of the trail I was walking were two pairs of Bullock's Orioles... 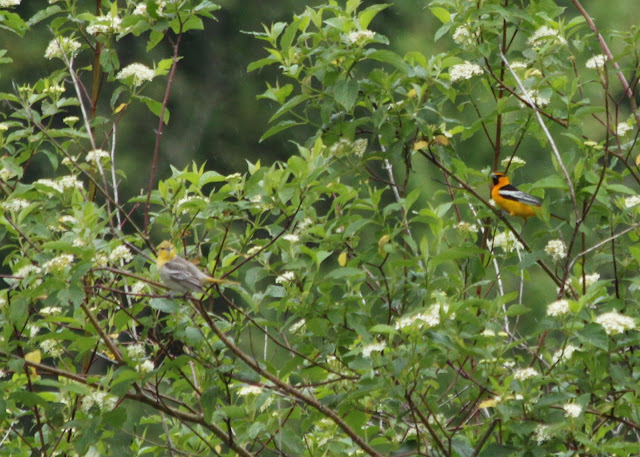 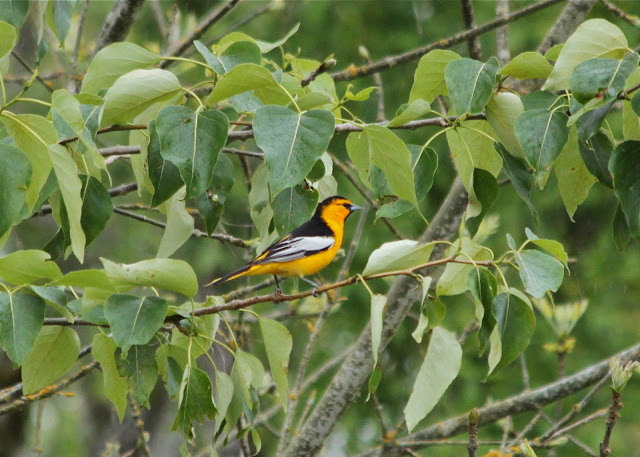 This afternoon I had to make up for the fact that I left the dogs at home all morning so I took them for a long walk along the Frenchman's Bar Trail in Vancouver.  The park was brimming with birds, including another oriole.  This one Sibley has declared a first year male: 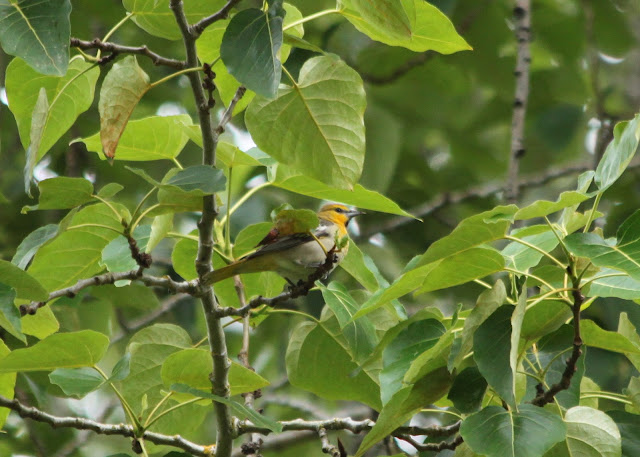 The dogs and I wandered around a bunch of the dirt/gravel trails on the north end of the park.  The bugs were out in full force and I have awesome new bites on my ears, hands, and ankles.  We finally surrendered and headed back along the bike path.  Just south of the park entrance a pair of Western Kingbirds were flycatching from the fence. 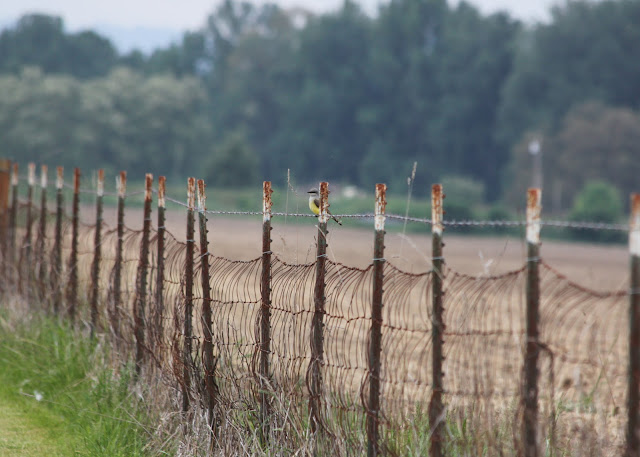 I was stoked because on the walk towards the park I had been thinking it was weird I had never seen kingbirds on that fence before.  Now I have.  Near the parking lot were about a dozen robins collecting worms... 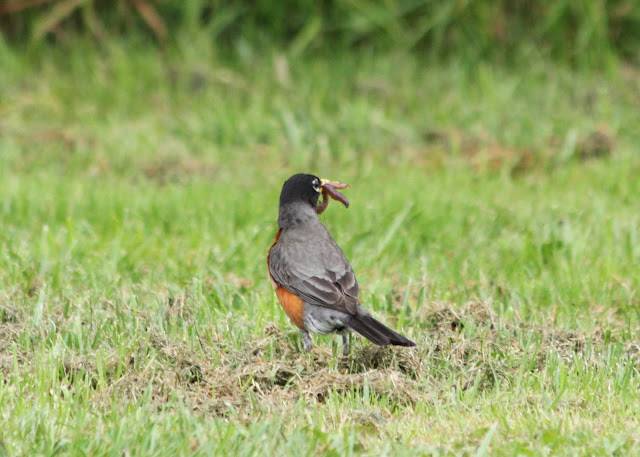