I am loving the dike trail in Troutdale lately- the habitat is just a continuation of the Sandy River Delta, with just as many rad birds yet fewer people.  Perfect.  Yesterday morning I spent two hours exploring the area with the dogs.

The most abundant, or at least the most vocal birds were Willow Flycatchers.  I think this is one of 'em: 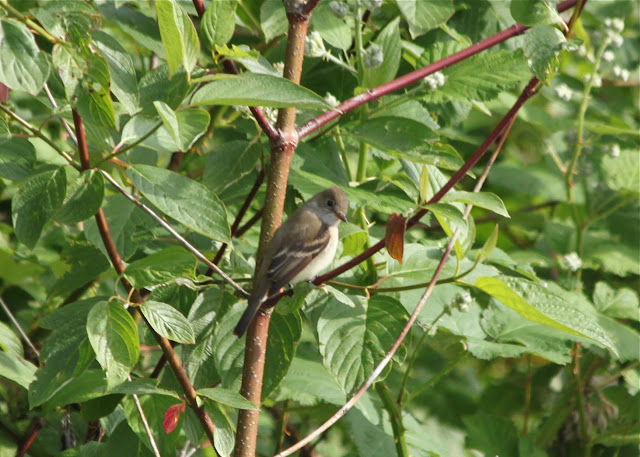 I was psyched to finally find a Western Kingbird in the area after missing them on my last million visits... 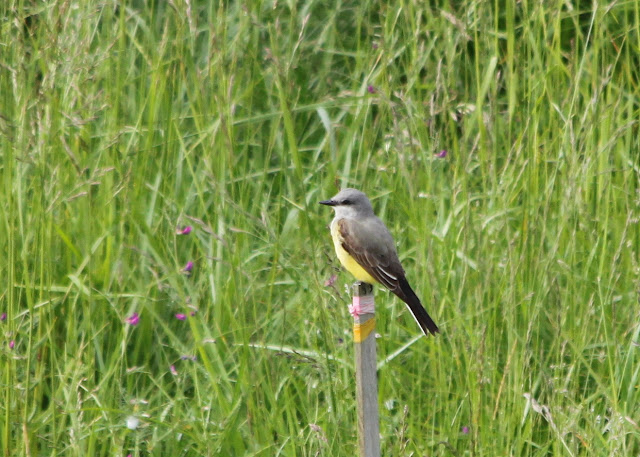 While I was out there my camera's auto focus started going phooey.  It acts like it's trying to focus but ends up vibrating like crazy and making odd noises.  The weird thing is that this happened last time I was out there too.  It's right next to lots of power lines and a substation- could this affect my focus?  Seems like a long shot but curious if others have had this problem.  It's never happened to me anywhere else, ever. 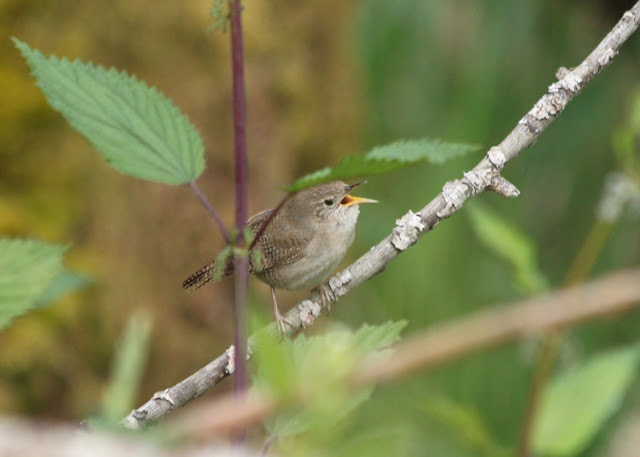 I finally (finally!) found my first Rufous Hummingbird of the year. 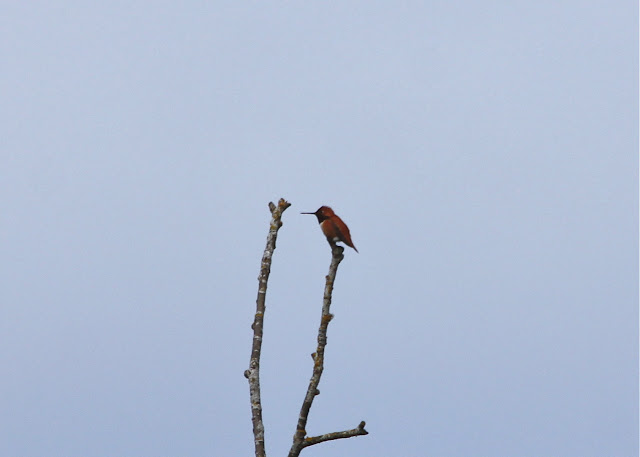 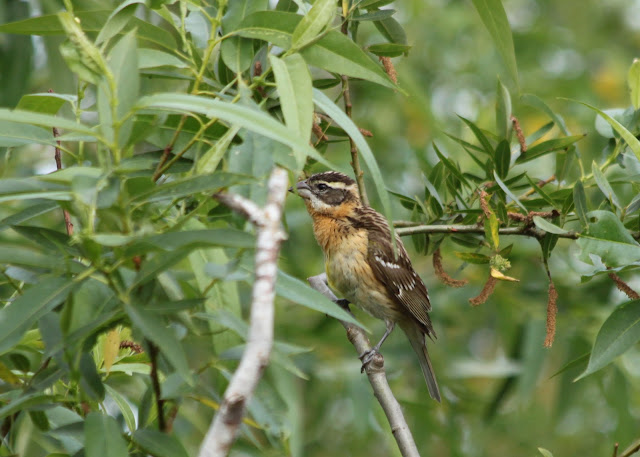 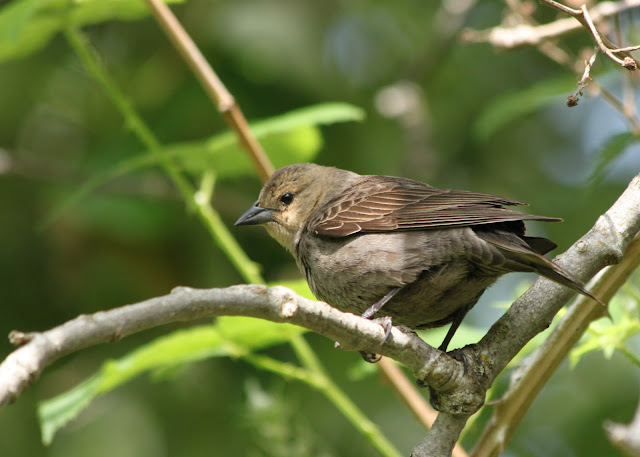 Four Turkey Vultures came soaring in at one point... 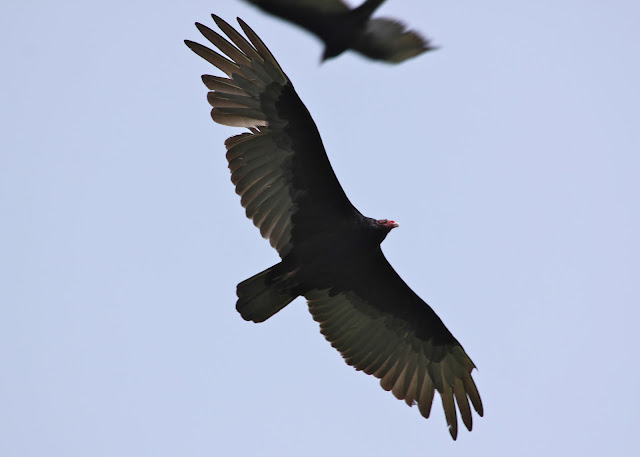 A Red-tailed Hawk came through at the same time but was promptly attacked by a crow.  One of the vultures also got attacked, though I think it was by a Cooper's Hawk.. 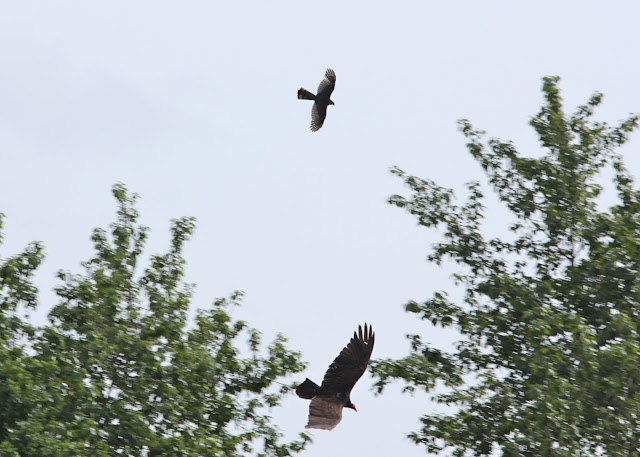 It's interesting how the hawk looks like it has a strong dark/light pattern on the wings but I think it's just the sun coming through the outer feathers.  Other photos show it to be more obviously a Cooper's.

One of my favorite sightings of the morning was a pair of Blue-winged Teals: 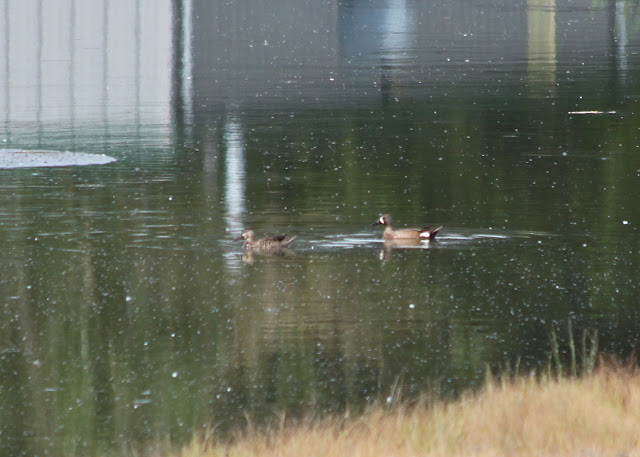 My first Oregon ones.  One last flycatcher for ya: 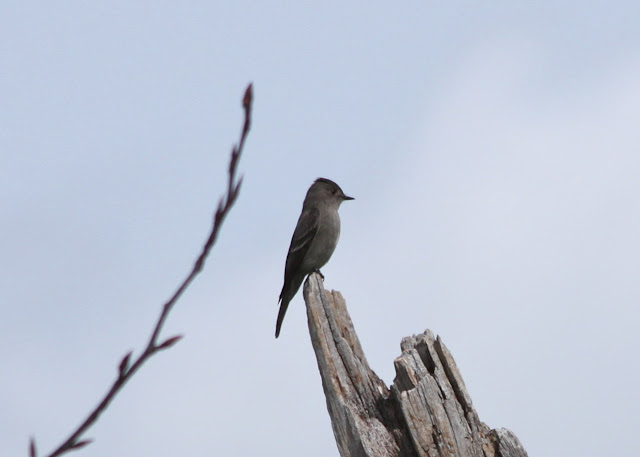