I decided there was no better way to celebrate a random Wednesday off than to go explore some new territory.  I've been to Mount St. Helens before, but only the south side, so today I ventured up to the north part. 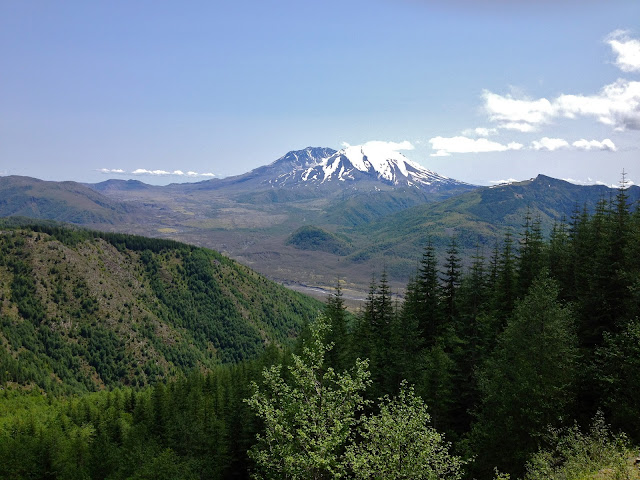 Not too shabby.  It's not a super birdy area but I was in the mood for exploring, birds or no birds.  I did find this fancy butterfly on the way up: 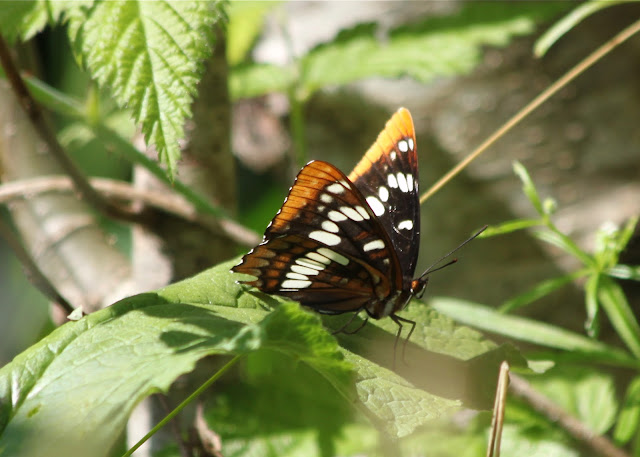 I stopped at the Forestry Learning Center which has a pretty sweet view...

Three ravens landed on the fence surrounding the viewing area.  At least one appeared to be juvenile but the light was terrible for photos. 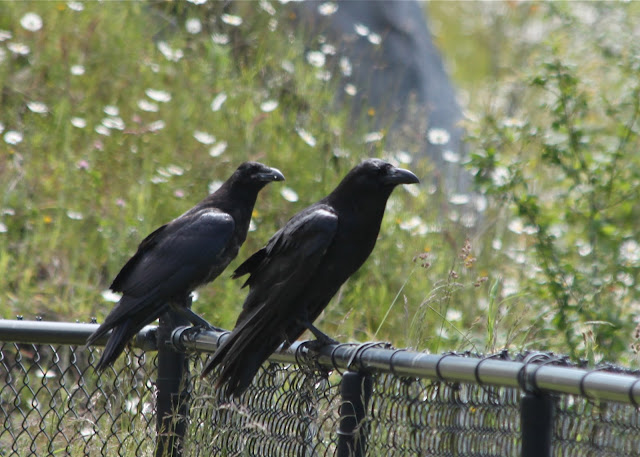 They took off after a few minutes and made for some great aerial entertainment.  I got the feeling they were playing but I am no expert. 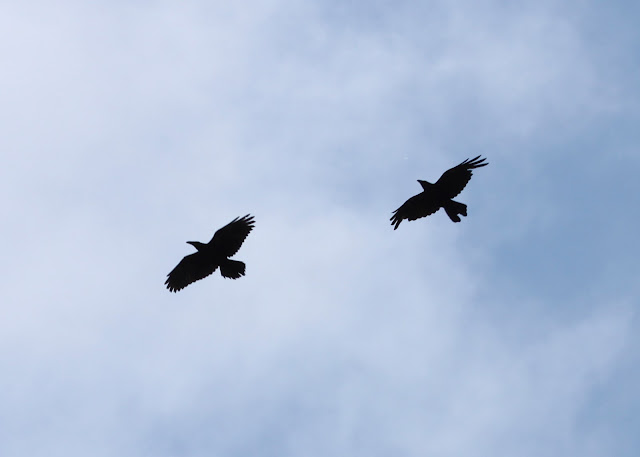 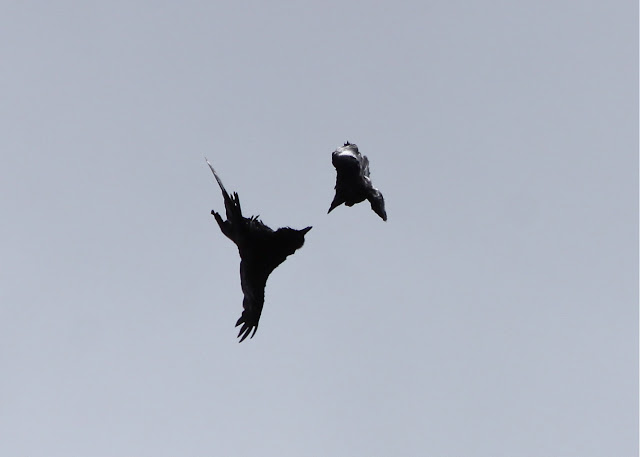 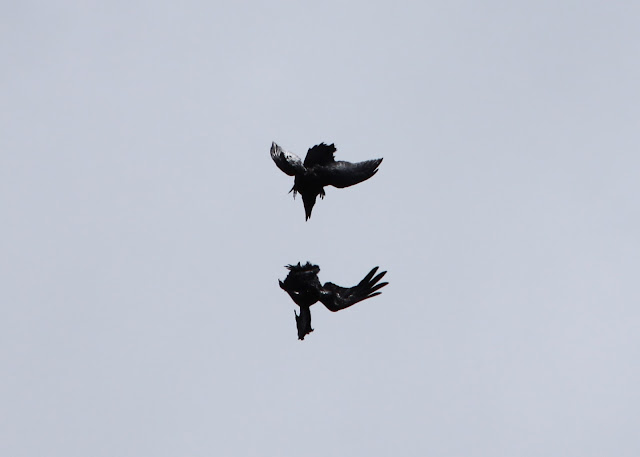 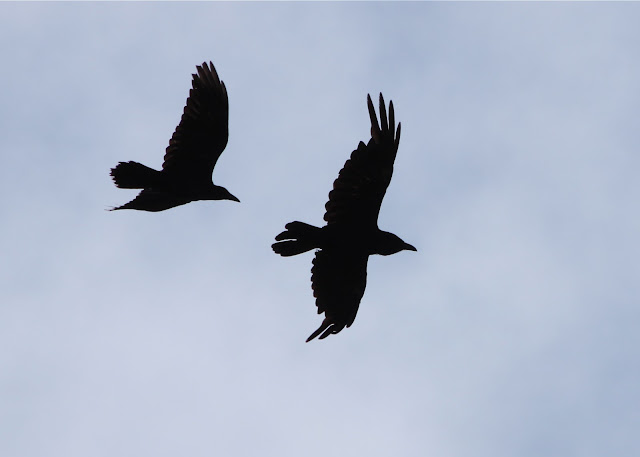 I stopped along a random gravel road and walked around for a few minutes before I noticed... CATERPILLARS! 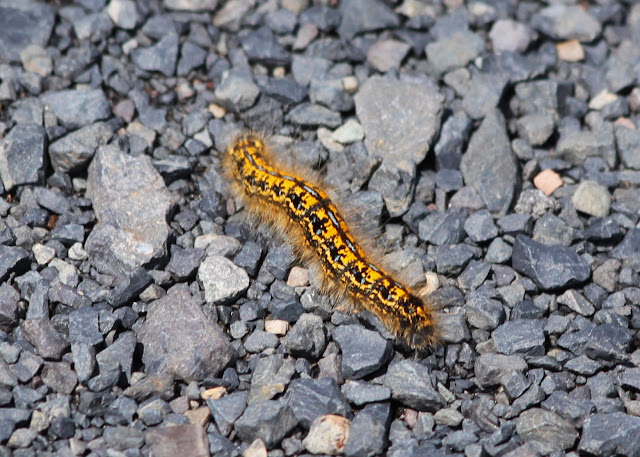 The ground and the trees were just smothered in tent caterpillars.  I could actually hear them in the trees, it was kind of creepy. 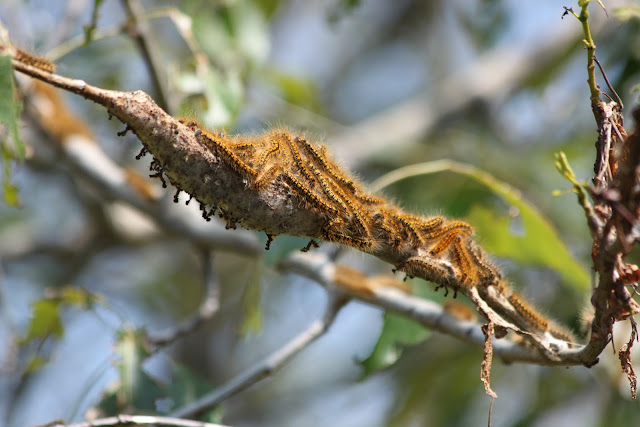 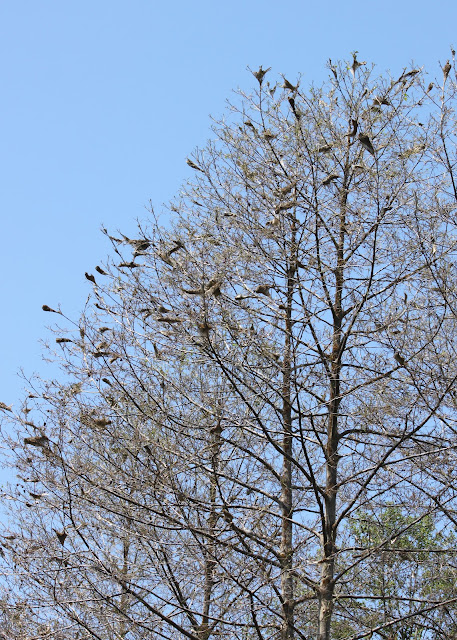 The worst part was when I got out of the car at the next stop and realized I had been sitting on one- it must have fallen from a tree and landed on my leg.  Gnarly.   Anyway, I did not stay at this viewpoint long because dogs were not allowed and the ground squirrels were making Ralph insane. 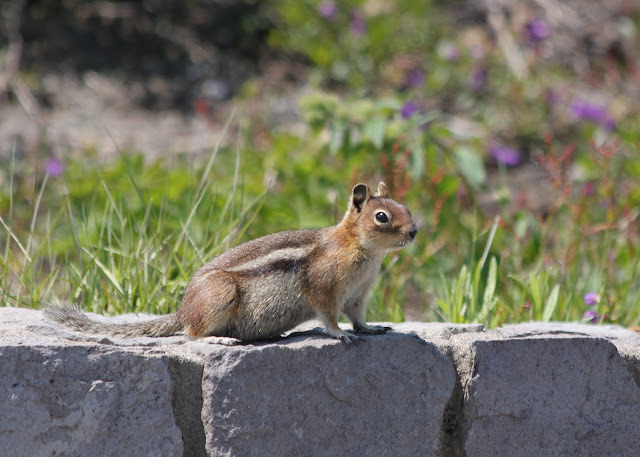 Super cute though.  On the way back from the dead end at Johnston Ridge I realized that the entire road was covered in smooshed caterpillars.  I stopped near one of the creeks and found the guardrails even covered. 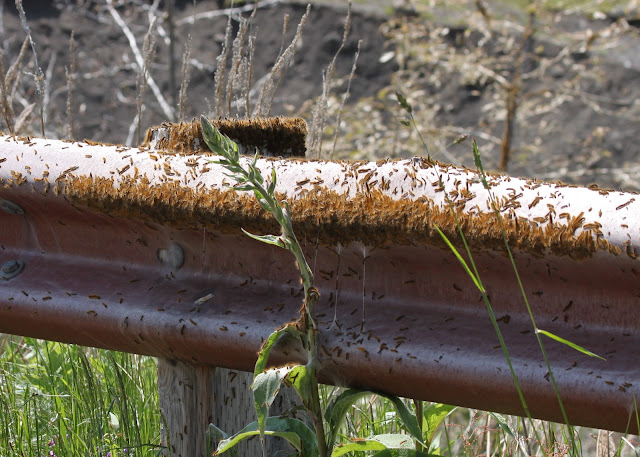 Sick.  The trees in the area make my eyes feel unfocused... 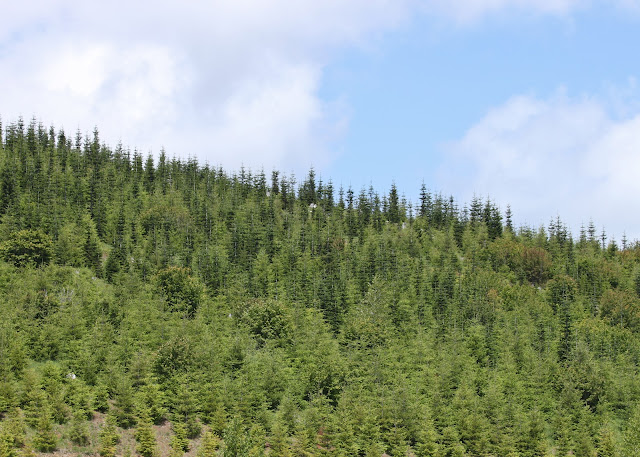 Of course before I left the area I forced the dogs into a pose in front of the volcano... 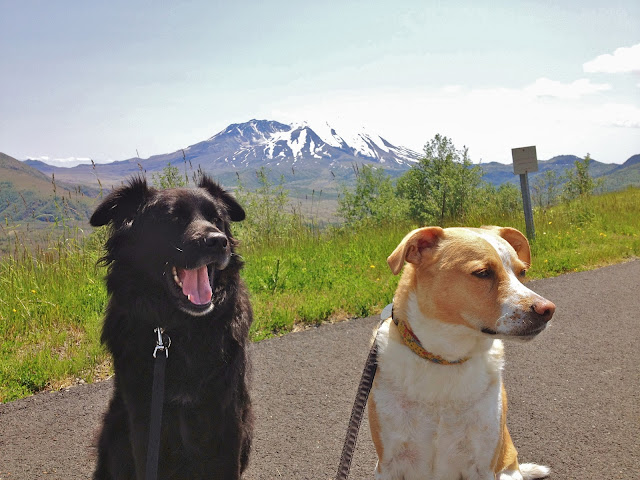 My last stop on my trip was at the Bigfoot store along the highway (oops, that's a lie, I stopped for a basket of Rainier cherries at roadside stand). 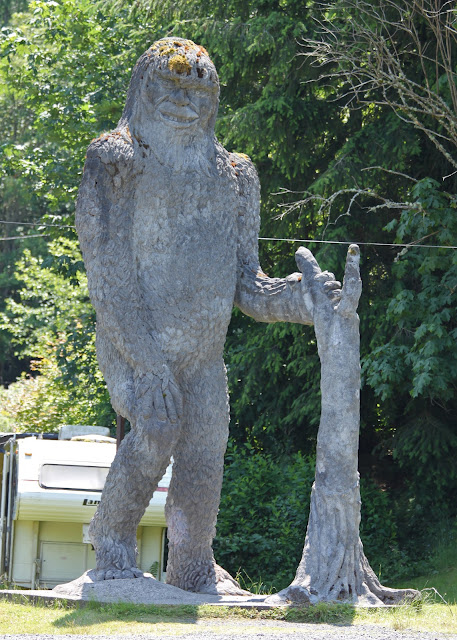 Love it.  The parking lot had swallows zipping around and an Osprey calling overhead.  This one Violet-green fella was having trouble getting this feather into its nest area... 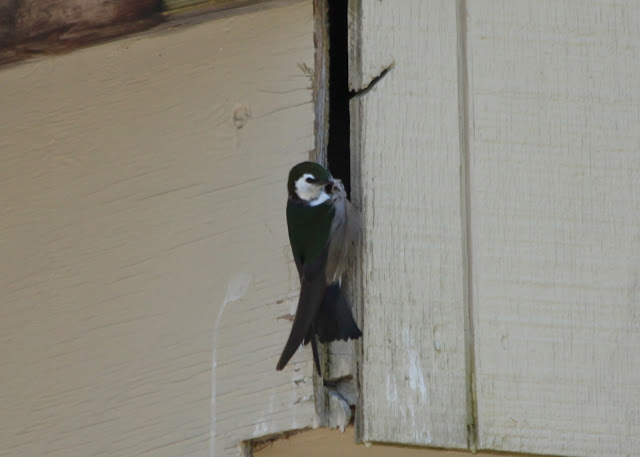 That was about it for my day... Good times!! 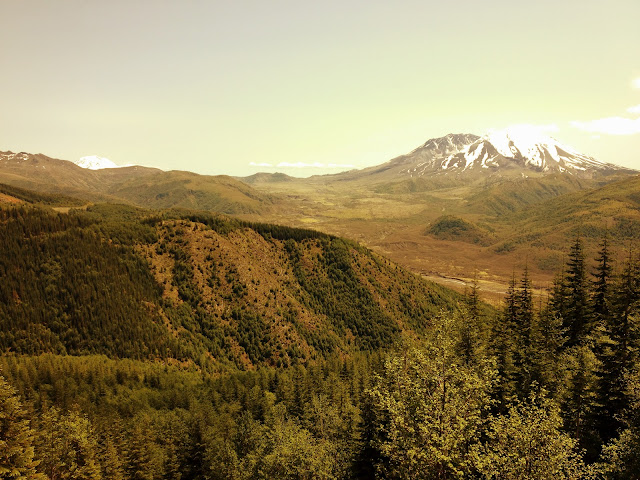