It was a gorgeous morning up at Ridgefield today.  The air was cool, the breeze was nice, and the birds were out and about like it was springtime. 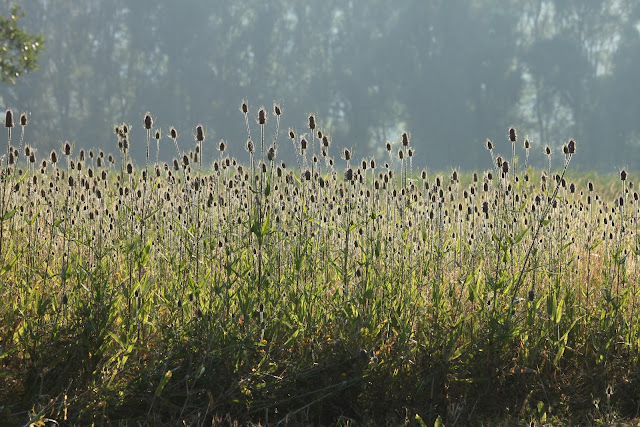 I was most surprised to find a Western Tanager flitting about in the trees... 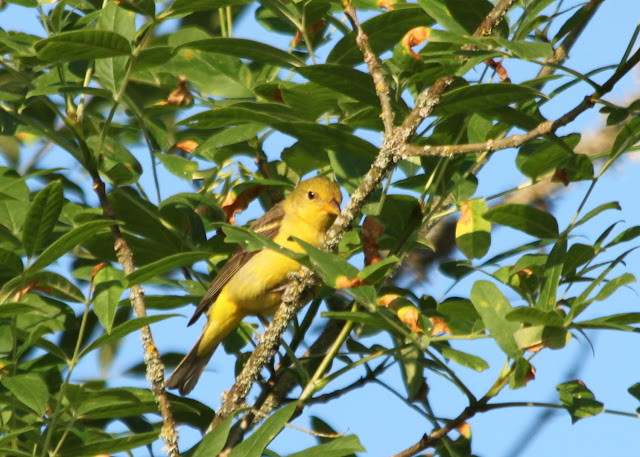 In the same area were a couple of Black-headed Grosbeaks, a handful of House Finches, and an adorable young Swainson's Thrush who seemed to have no idea that he was supposed to hide from my camera. 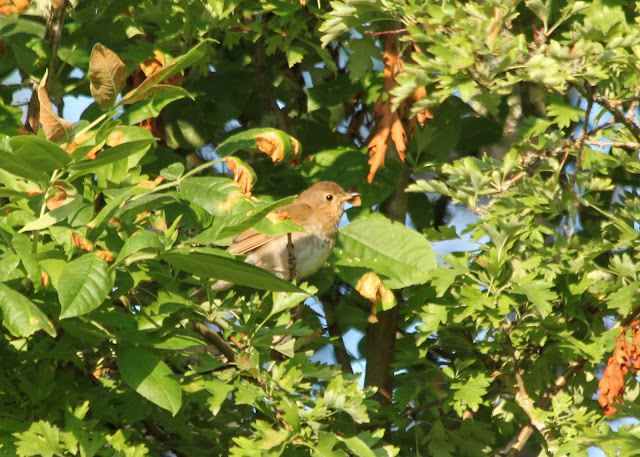 I am pretty sure I was the first to hit the refuge this morning which always has its advantages, like increased chances of seeing non-bird wildlife. 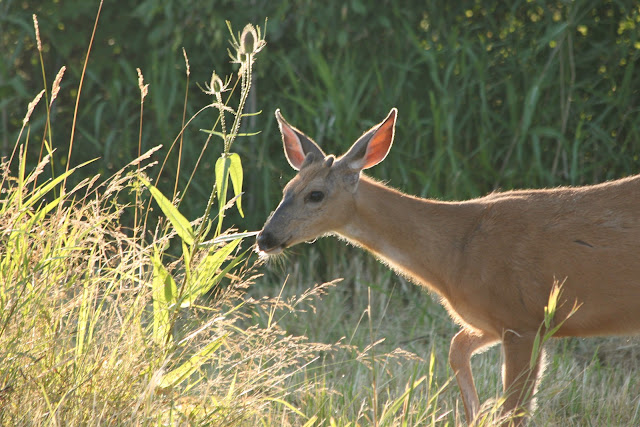 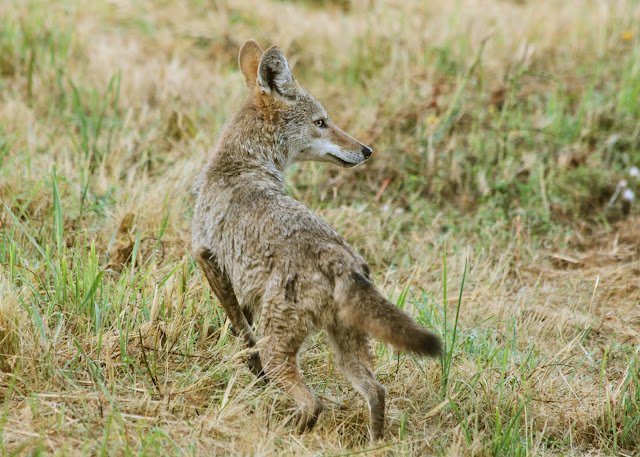 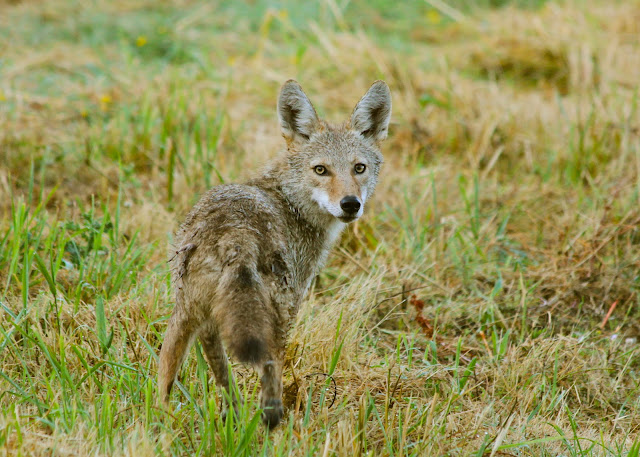 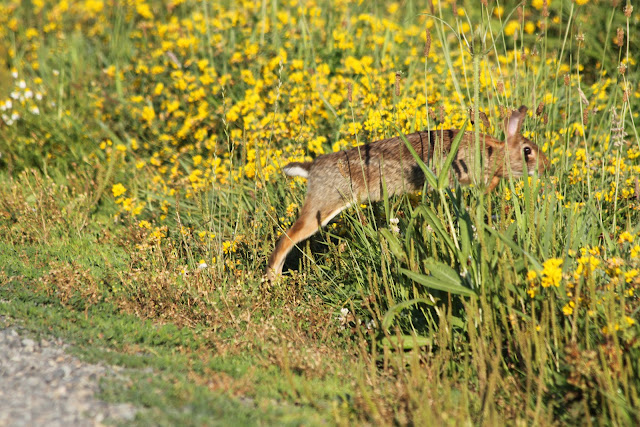 Back to birds... I don't often post photos of starlings, so this little fella should feel quite honored: 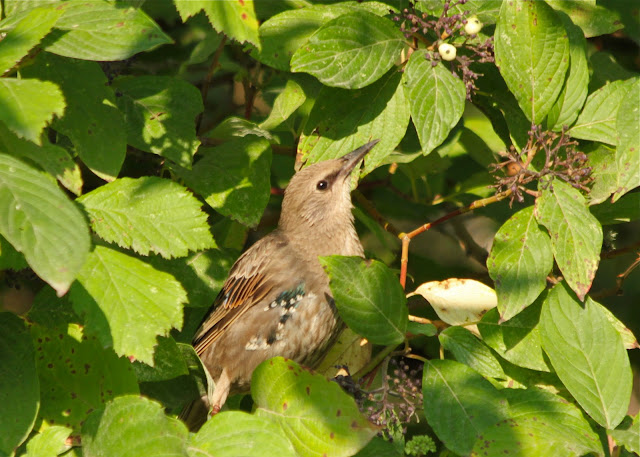 I just love his or her little splash of shimmery green.  A pop of color, if you will. 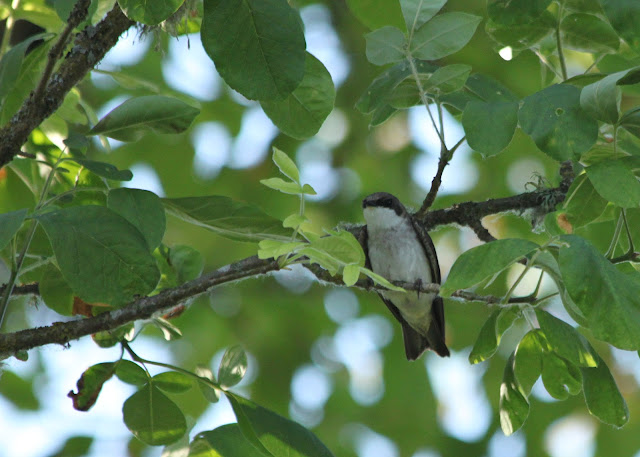 I watched a Marsh Wren take a dust bath in the middle of the road.  It was pretty cute. 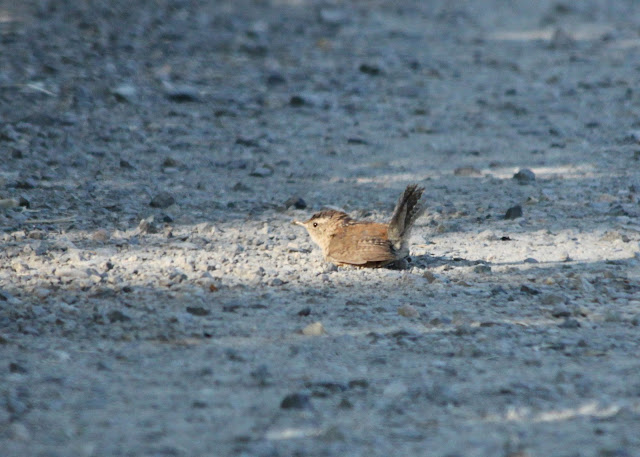 Shorebirds were abundant.  They were also far away.  From what I could tell it was mostly dowitchers, Greater Yellowlegs, sandpipers, and Killdeer, not to mention oodles of Wilson's Snipes... 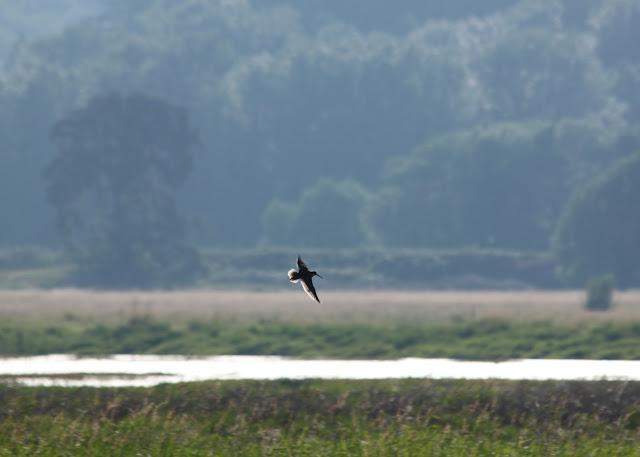 In a blackberry bush towards the end of the loop were a male Red-winged Blackbird, a juvenile blackbird, and a yellowthroat.  Kind of funny to see them next to each other (though out of focus)... 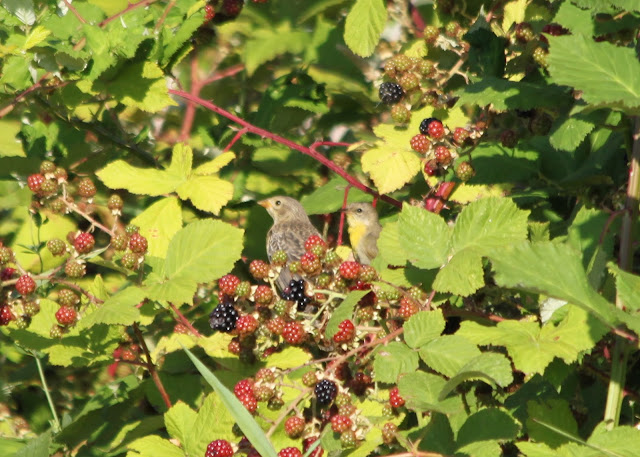 That was about it for the refuge.  On the home front, my Eurasian Collared-Dove population has DOUBLED.  Now there are two.  I have named them Bill & Ted. 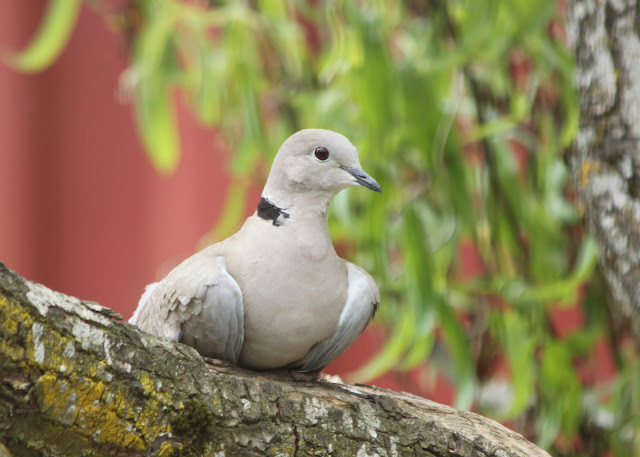 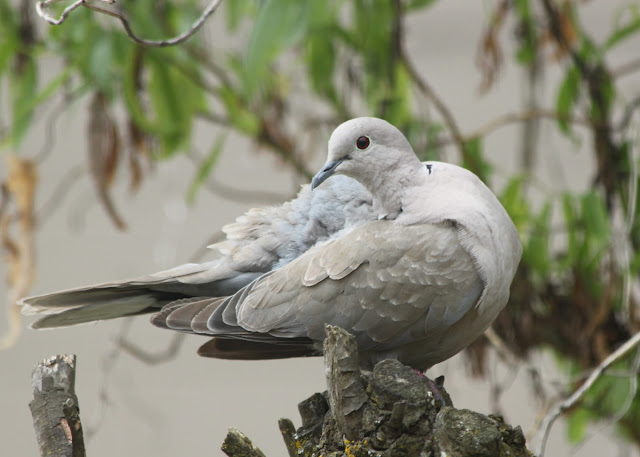