Yep, I've done a bunch of birding this week and have yet to share anything with y'all.  So here we go... First off from Ridgefield NWR: 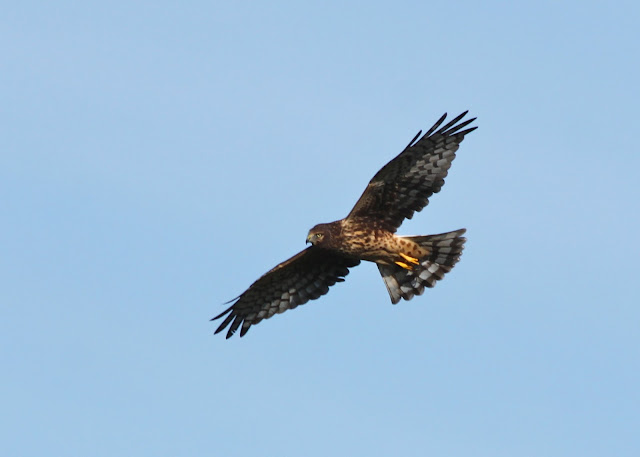 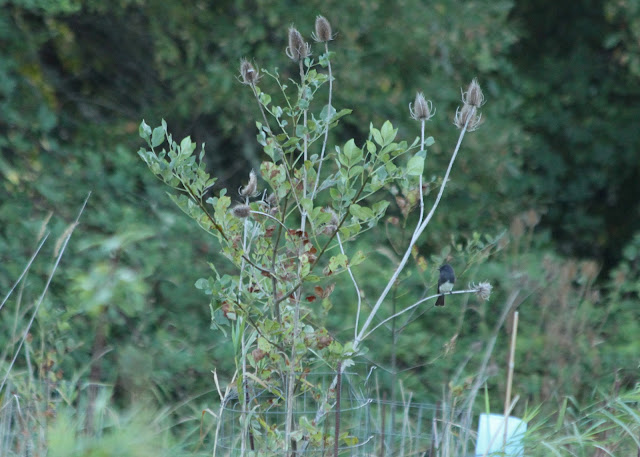 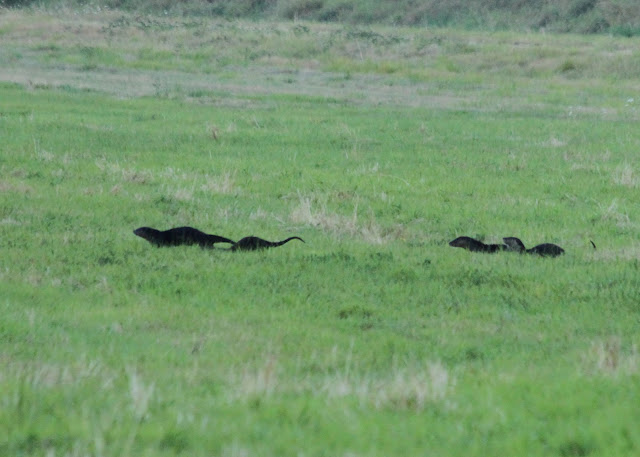 The other day my neighbors tossed a pile of walnuts into my yard.  Not sure why they didn't leave them in their own yard, but whatever.  This crow was perplexed: 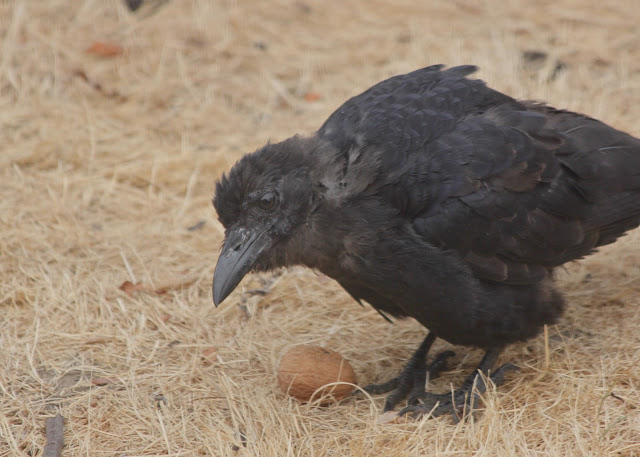 Yesterday morning I walked the dogs along the Frenchman's Bar Trail and found lots of good birds have returned, starting with Golden-crowned Sparrows... 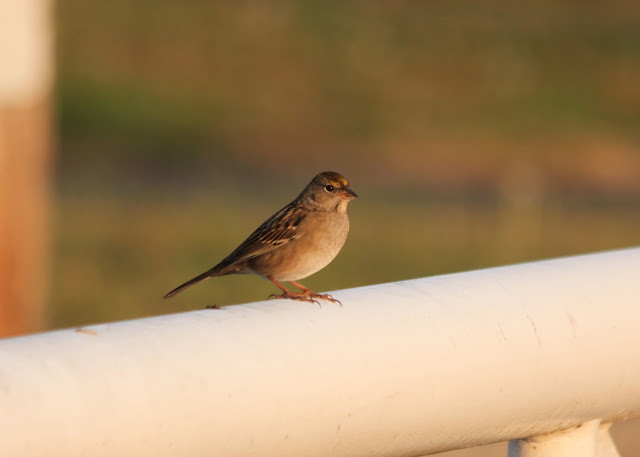 There were a few geese around... 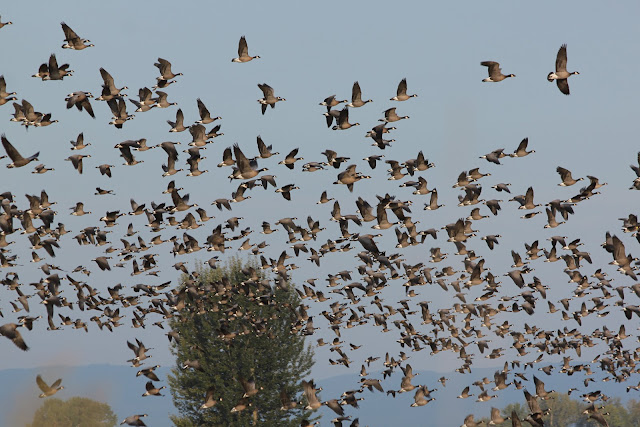 Only Cackling and Canada Geese, have yet to see any Greater White-fronteds or Snows.  Also saw this guy flying over the Columbia River: 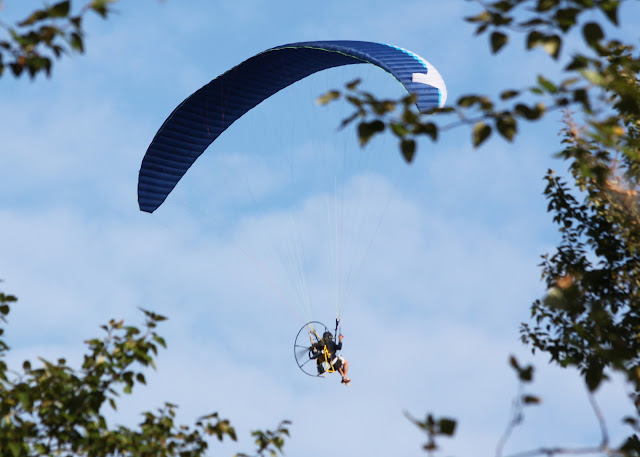 This afternoon I stopped by Smith & Bybee Lakes.  I avoided the Smith Lake boat launch area due to the avian botulism outbreak, but instead headed for the Bybee Lake blind.  A Red-shouldered Hawk was calling loudly right behind me but out of sight.  This Orange-crowned Warbler came by to peek at me: 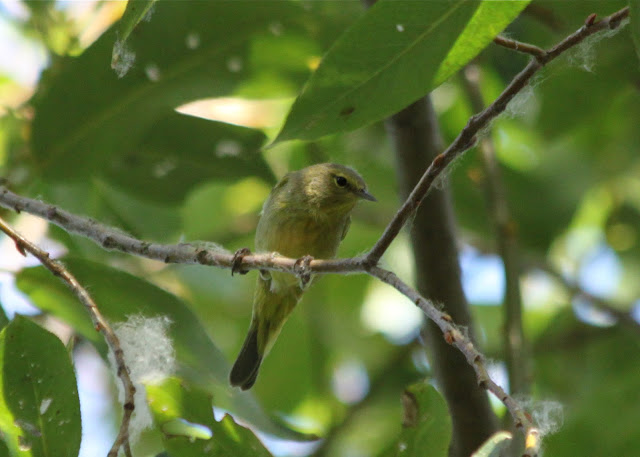 Along the paved trail I found an interesting crime scene.  Feathers everywhere.  An owl pellet.  Some owl poop.  Using my keen detective skills I determined that an owl had taken a bird and eaten it on this broken limb: 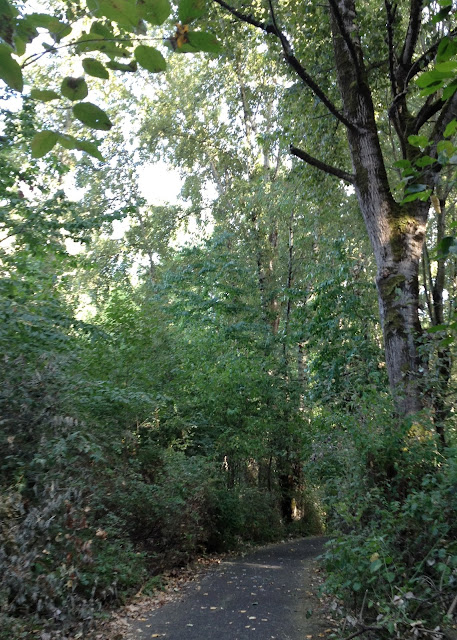 Here are some of the feathers that were scattered: 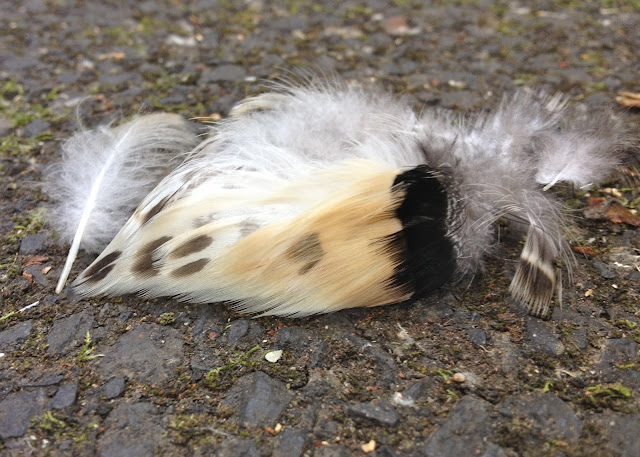 In the above photo there's that big area that appears black but it was actually blue.  Any thoughts on what bird this was? 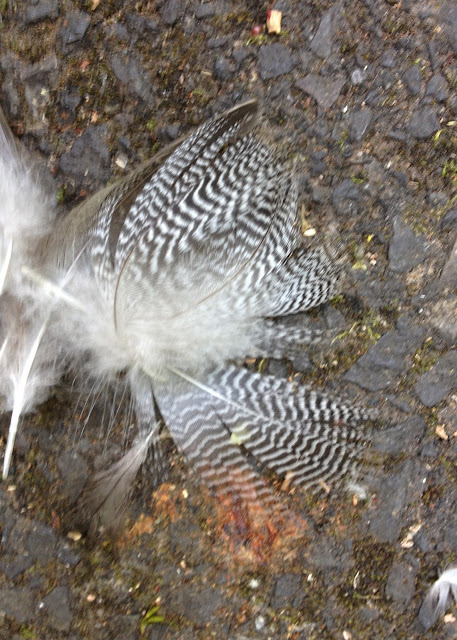 And onto the owl pellet... I did what any normal person would do- I carried it all the way back to the parking area picnic tables and dissected it.  It appeared to be rodent fur and bones, no big surprises. 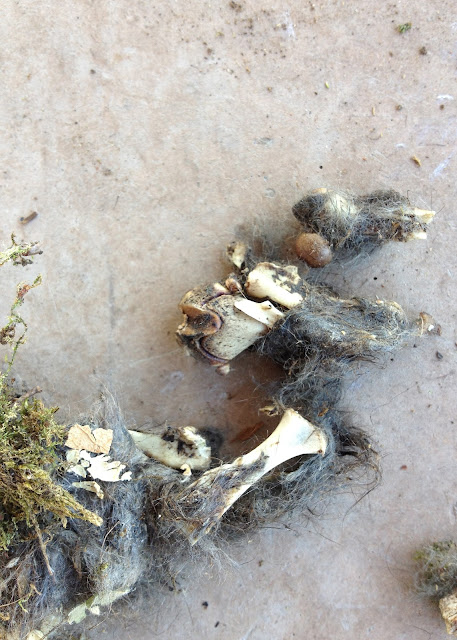 And that's about it for the week.  Got some good adventures planned for this weekend as long as I can figure out how to put some new bulbs in my headlights!  Good times!
Email Post
Labels: Black Phoebe Golden-crowned Sparrow Northern Harrier Orange-crowned Warbler