I have visited Larch Mountain twice in the last couple weeks, trying to track down the reported Gray Jays and other higher elevation birds.  The mountain itself is an extinct volcano with no larch trees to speak of, but certainly some spectacular views from the top, Sherrard Point. 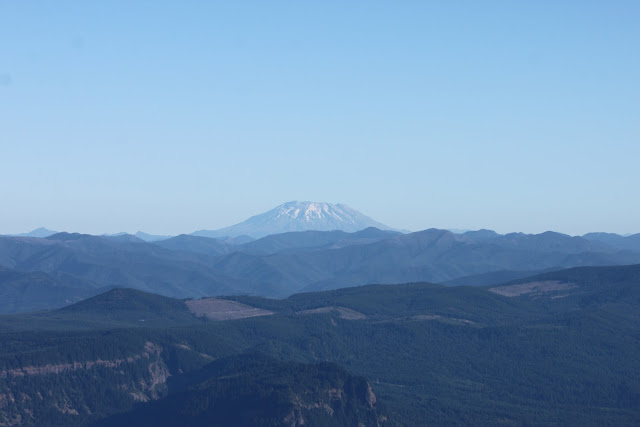 Finding birds up there is not always easy though from the viewpoint at the top I could see Ruby-crowned Kinglets flitting about on the tops of trees far away.  Yesterday morning after visiting the top I took the dogs for a wander around some closed roads and trails.  A lone American Pipit was standing in the center of a gravel lot just below the main parking area. 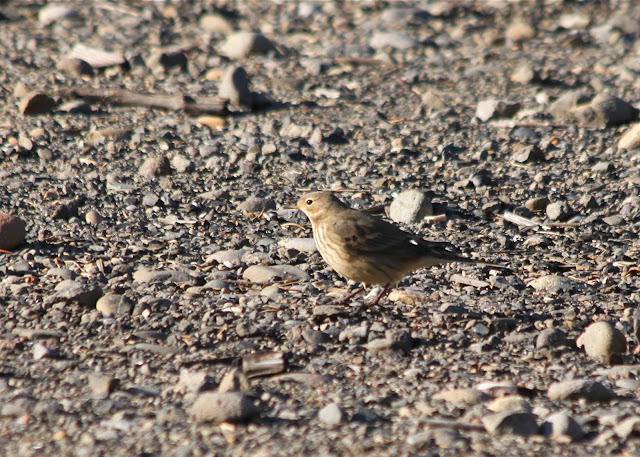 A hawk came soaring overhead, definitely an accipiter of some sort, though which kind?  I brightened the dark shadowed belly of the bird (the belly of the beast, if you will) to show big dark streaks: 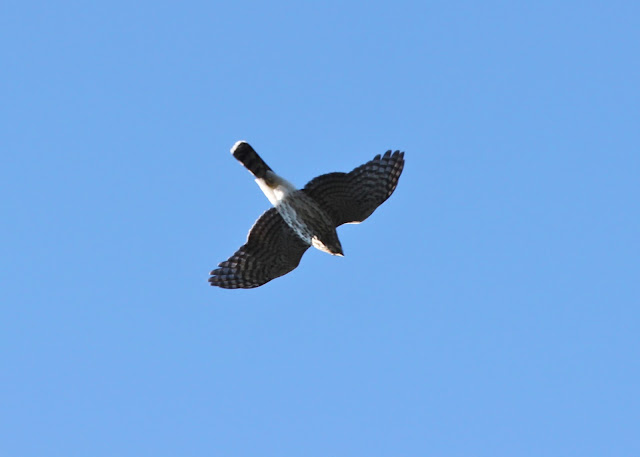 The bird seemed too big for a sharpie so at the time I was thinking Cooper's.  But now looking at the streaks and the way the wings are shaped, I am trying to make it a goshawk... Eh? 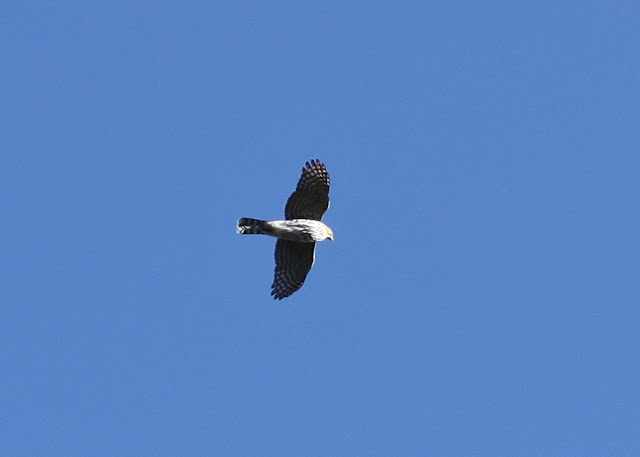 Hmm, but now it seems so small in the photos... The silhouettes in Sibley's make me lean towards Cooper's, as well as the longish neck...

Further down the road from the parking area, between mileposts 11 and 12, there's a closed road (a gravel trail really) that leads back to the Larch Mountain trail.  I was about half a mile down the trail, in the middle of turning a pine cone into a Northern Pygmy-Owl, when a group of four or five birds flew overhead.  They looked grayish and were making sounds I knew I had heard before.  I snapped off a few quick shots before they disappeared over the treetops.

At the time I had assumed they were the Gray Jays.  The photos are terrible but they show some key field marks... of a Clark's Nutcracker? 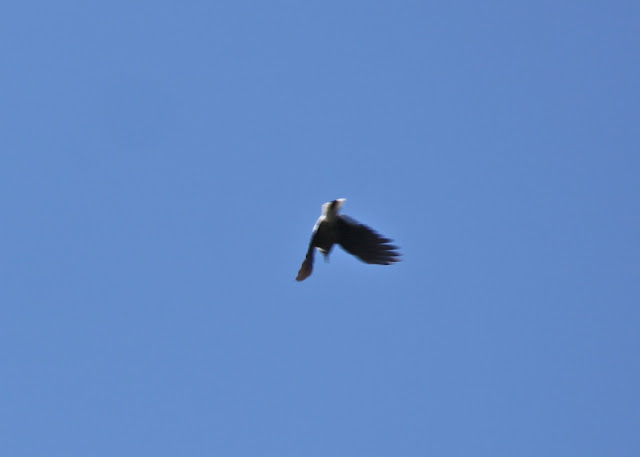 Yes this is a god-awful photo.  But there's the mostly white tail (with black in the center), the pointy beak, and the black wings with the light colored patch on the secondaries (wording stolen from Sibley).  Plus the sounds I heard from them- so familiar but couldn't place them.  I have a horrible memory when it comes to bird sounds despite my ability to tell at least 100 dogs apart by bark alone.

Now even farther down the road, at the sign that announces leaving and entering Mt Hood National Forest there is another closed road I like to walk the dogs along.  Overhead were swirling swifts, in the trees chattering chickadees, and on the ground... uh... Pacific Wrens... doing wren things.

Another accipiter came to join the party... 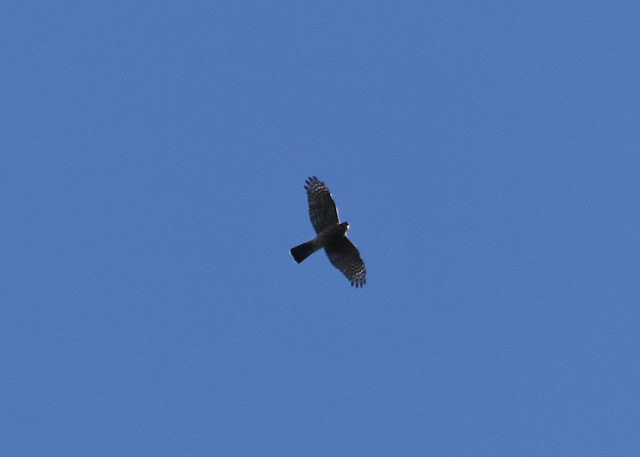 This fella seemed smaller and was leaning towards Sharp-shinned at the time.  It seems to have a smaller head and other photos show it even more hunched-looking.  Obviously I need some help understanding these birds- what do YOU find the most useful field marks for in-flight accipiters?

Alright, that's all I have for you today- lots of questions and few answers.  And a couple cute mutts... 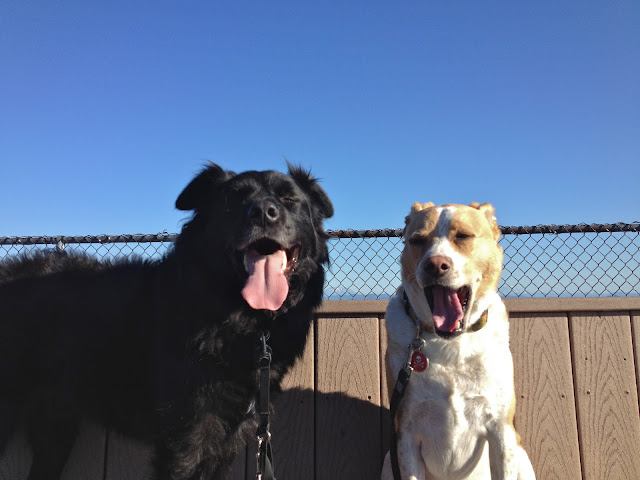