on December 31, 2012
As I mentioned in my last post, I dragged my parents to several beaches around Cape Cod to look for birds.  The first one was Sandy Neck in Barnstable. 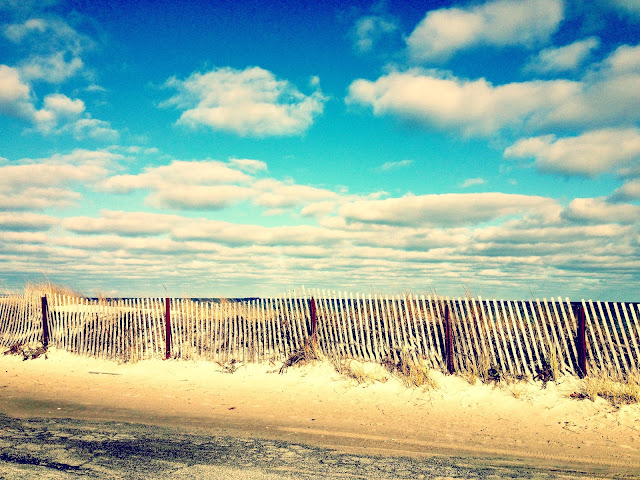 Just as we reached the beach a Northern Gannet flew by, the first of three on my trip. 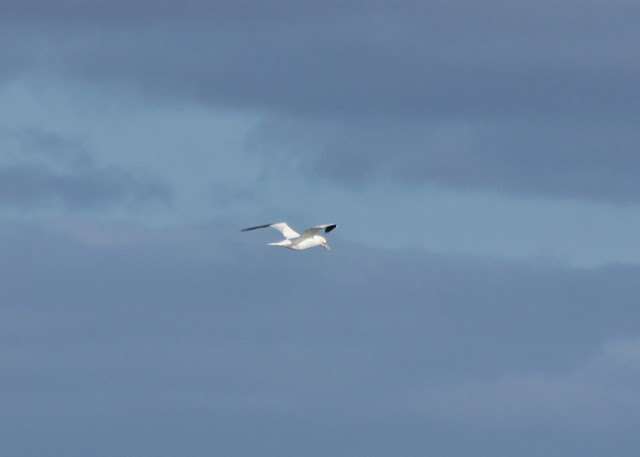 Along the shoreline were small groups of Sanderlings and Dunlin sunning rather than frolicking in the waves. 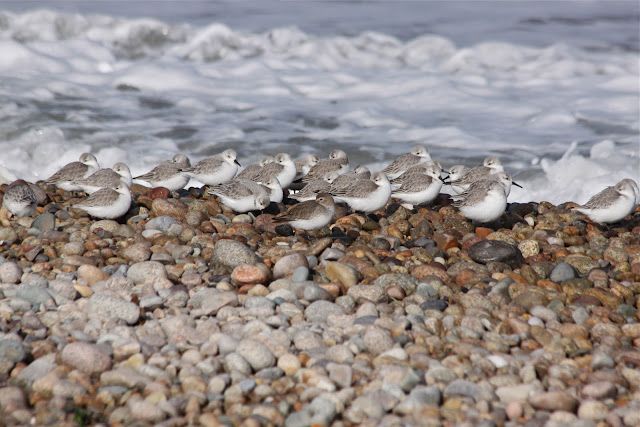 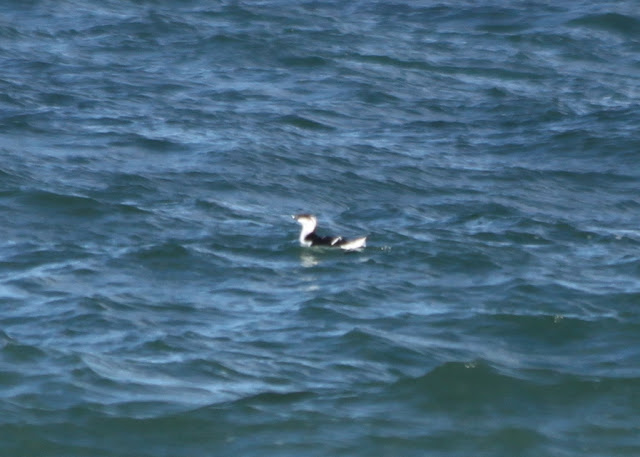 We saw several loons on the water, including a few Red-throated... 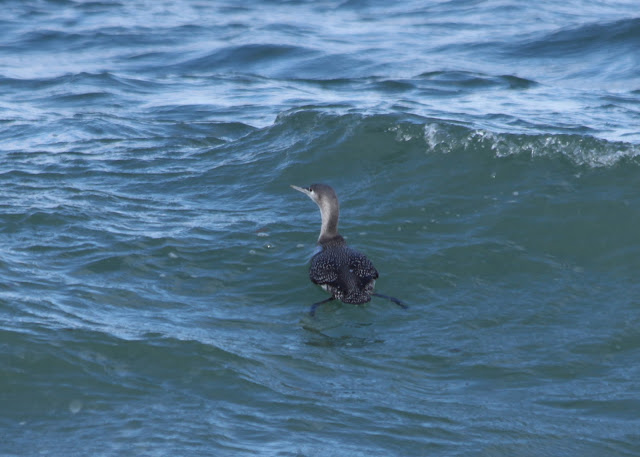 To get out of the wind for a bit we walked along a trail through the sand dunes.  Lots of Song Sparrows and Yellow-rumped Warblers were flying around, along with one Northern Mockingbird... 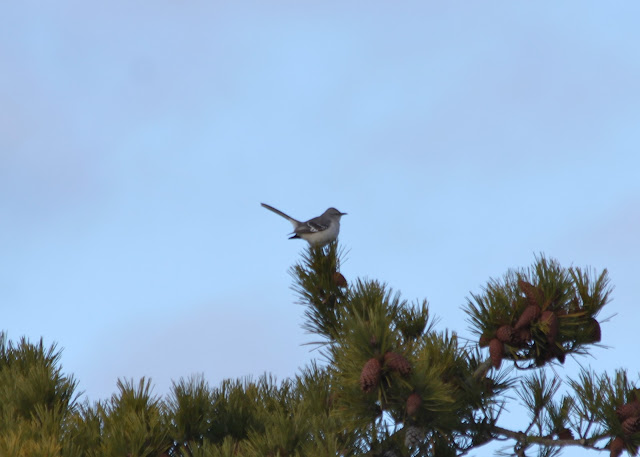 Our second beach visit was to Kalmus Park Beach in Hyannis.  It wasn't very exciting but this Common Eider showed us a little shake... 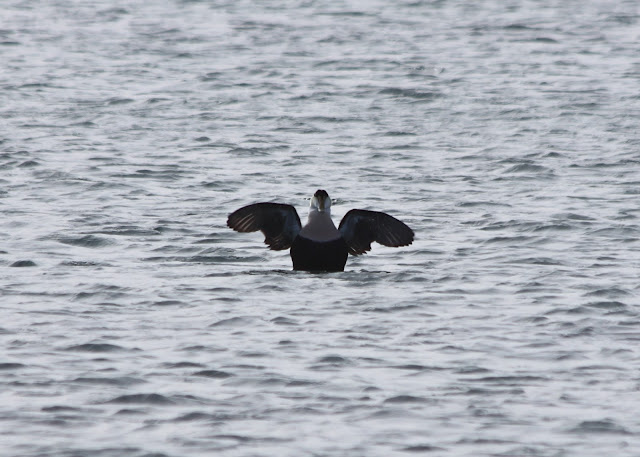 The third beach we visited, Forest Beach in Chatham, was the best.  It was the afternoon after a big wind and rain storm had hit and the wind had disappeared and the temperatures rose to the warmest of my trip. 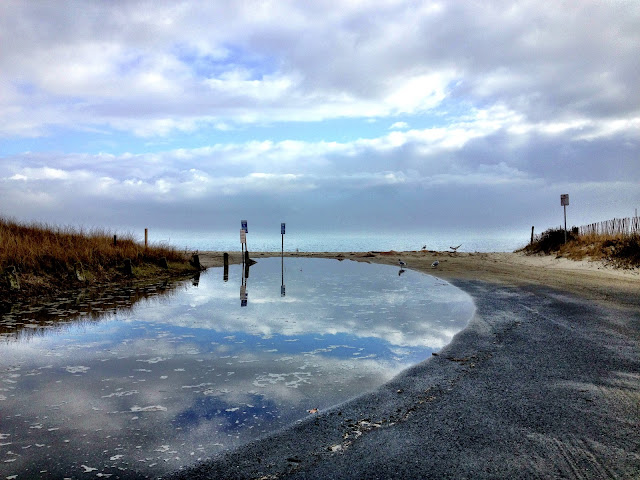 We were entertained by surfing Ring-billed Gulls and countless Herring Gulls trying to crack open shellfish. 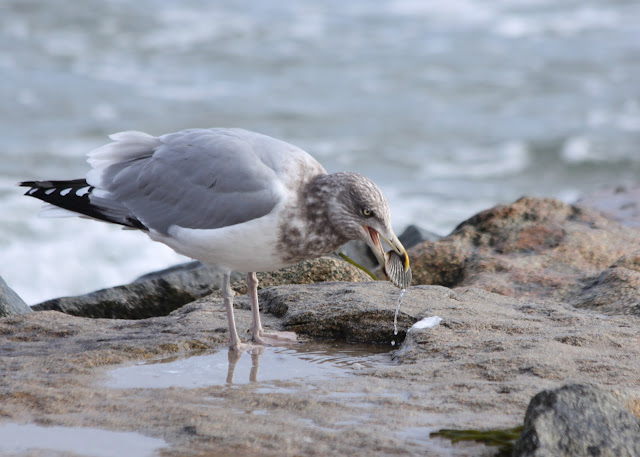 Now that I'm looking at pictures, there's one gull that I had assumed to be Herring at the time, but now looking at it I'm not sure.  It has a darker back (though it could be the lighting), the legs look more yellow (though I don't think yellow enough), and the red spot on the bill is rather large- making it seem a bit like a Lesser Black-backed (several of which had been reported throughout the Cape while I was there).  Thoughts? 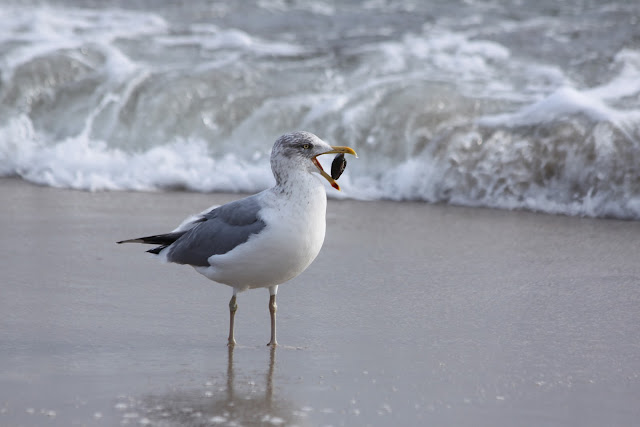 Also along the beach were several Black-bellied Plovers.  This one we followed for a very long time before it finally flew to a spot behind us. 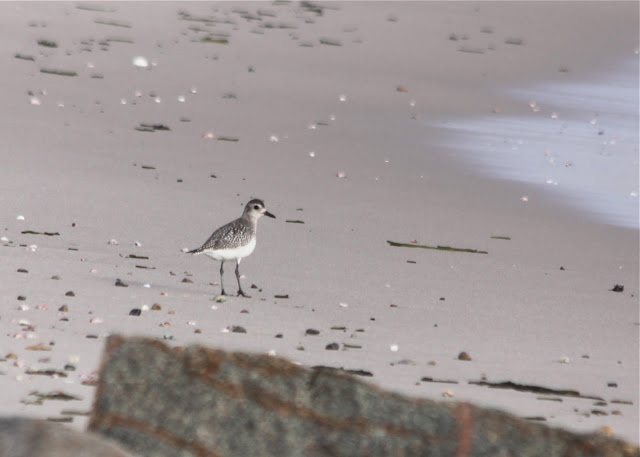 The reason we visited this beach was to hopefully find a reported American Oystercatcher that was a bit late to head south.  Success!  Another lifer! 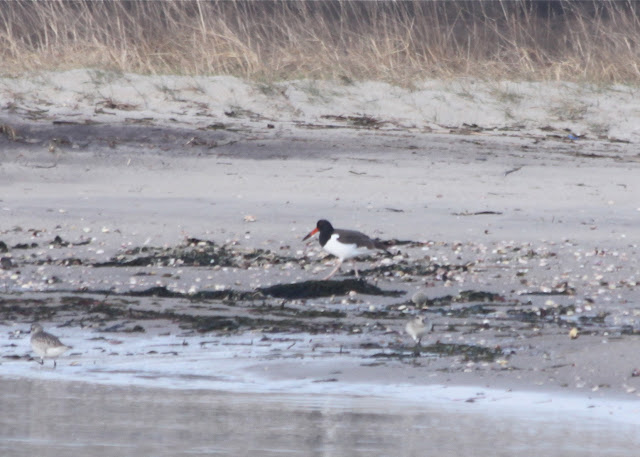 I was not expecting to turn around and find yet another lifer chilling on some rocks in the water... 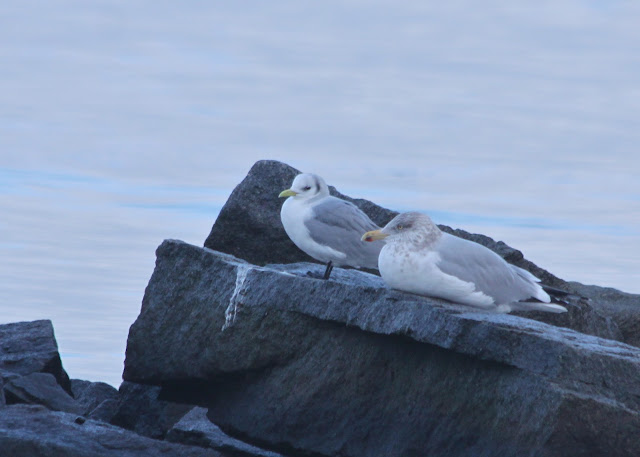 A Black-legged Kittiwake!  So stoked.  That makes five lifers on a trip when I wasn't expecting any at all.  One last photo from my trip- the sunset at Kalmus Park Beach on Friday: 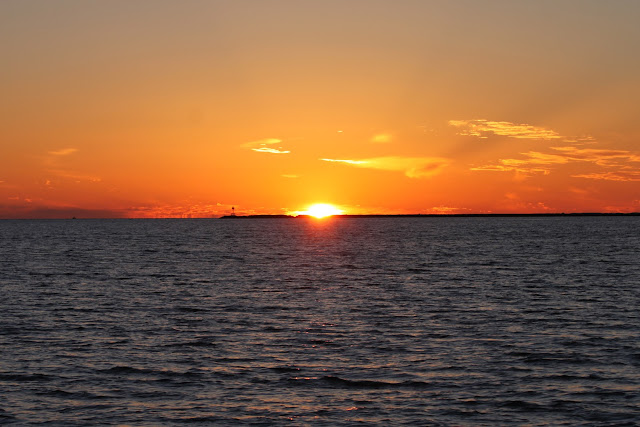