on December 02, 2012
As I mentioned in my last Snowy Owl-filled post, I decided to stick around Fort Stevens because the weather was surprisingly nice.  After the jetty I drove up to the Columbia River parking area and walked the dogs around the beach.  Right away a Red-throated Loon popped out of the water: 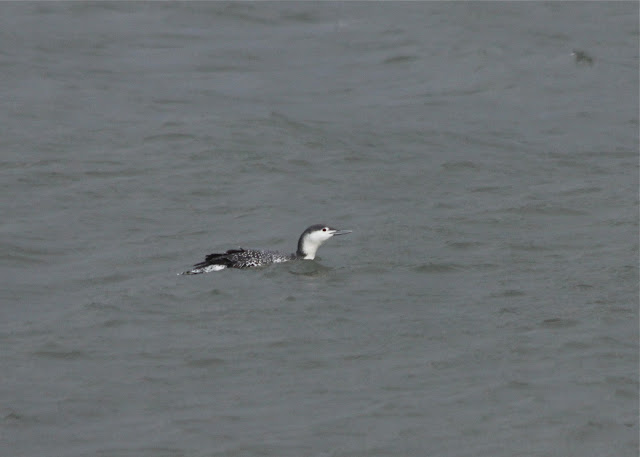 I took a photo of jellyfish only to find when I got home that my lens cap photobombed the shot. 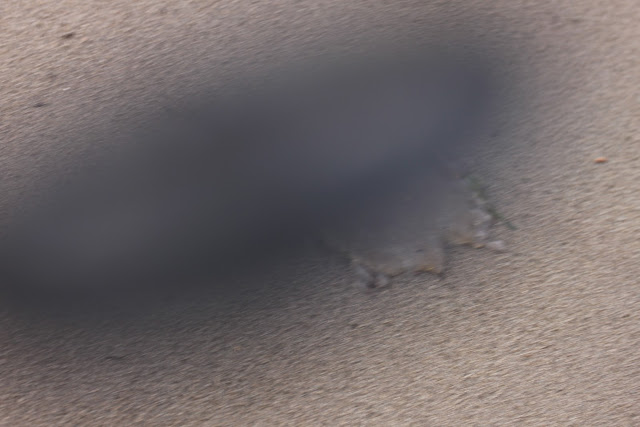 There were some Sanderlings and Dunlin scattered along the shoreline but I'm not certain what birds made up this swarm I saw... 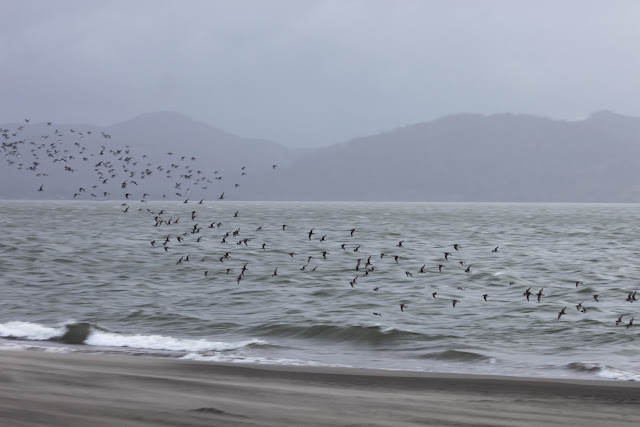 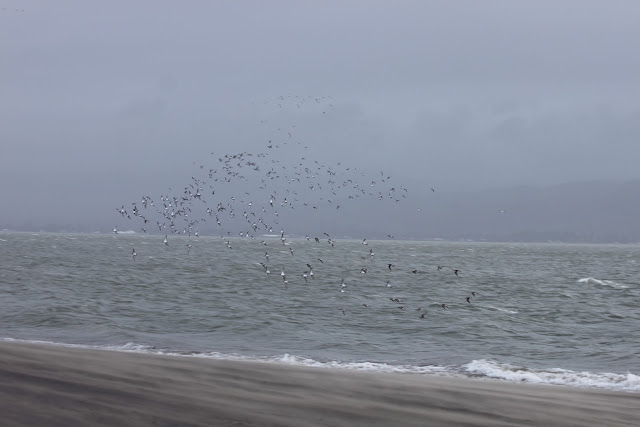 Next we headed to Coffenbury Lake to hike one of the nice woodsy trails around the lake.  It was pouring when we arrived but after waiting a few minutes it stopped completely and the sun came out yet again. 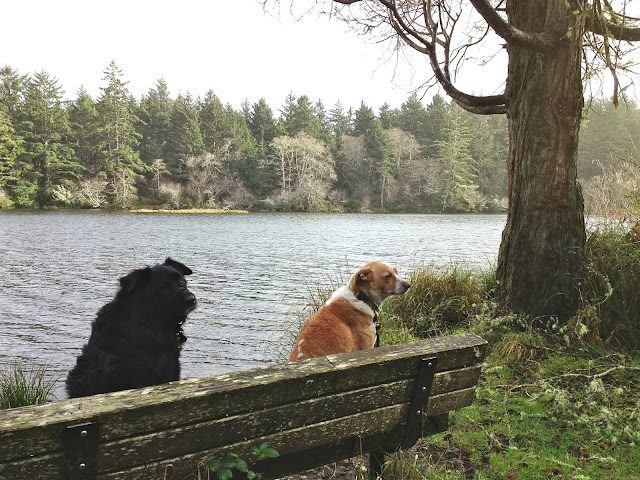 The trees were filled with Steller's Jays, kinglets, and chickadees, while the lake was filled with Ring-necked Ducks, Bufflehead, and Hooded Mergansers... 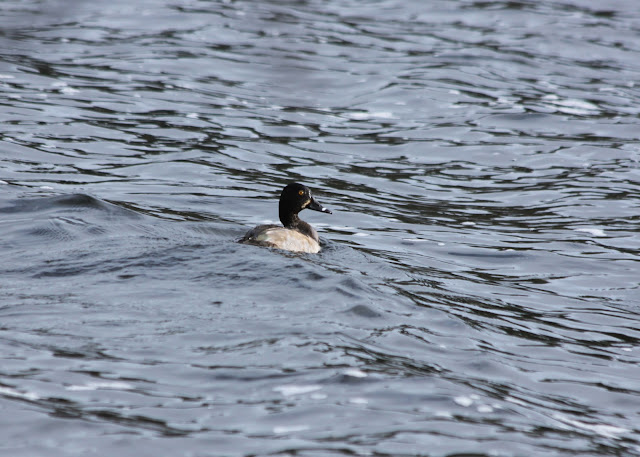 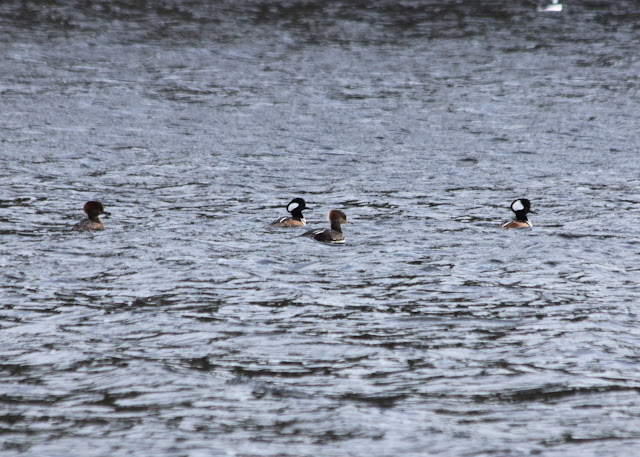 Back to the trees, a squirrel was chattering away arousing the curiosity of the mutts.  I told him to be quiet and the dogs would not eat him.  He listened. 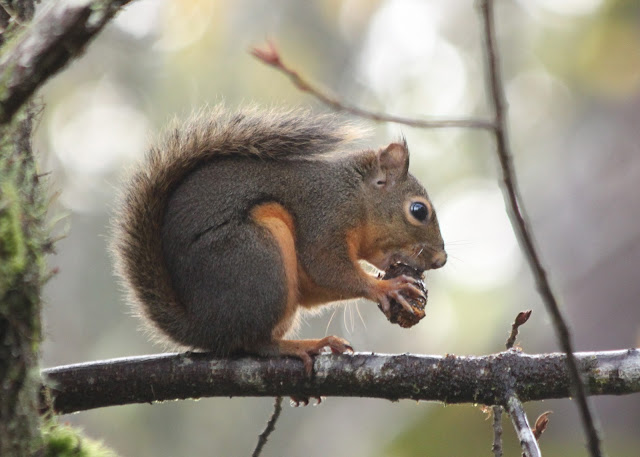 Nearby a Pacific Wren was also chattering but I did not tell him to be quiet. 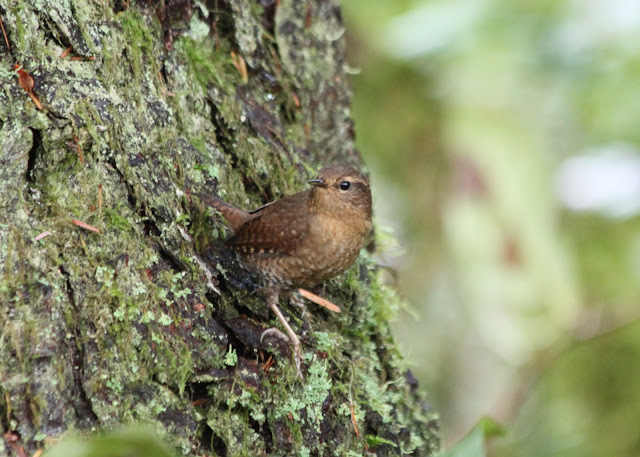 There were lots of mushrooms around that I am guessing Michele would have liked: 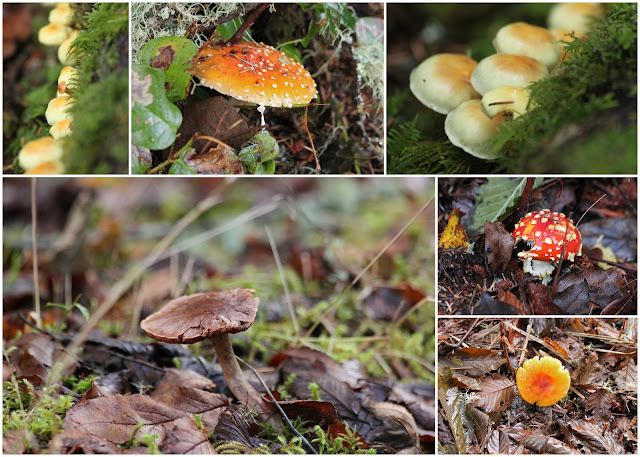 A couple times during our walk I would hear flocks of small birds overhead, unsure of what they were.  Just as we were making our way back to the car I realized they had been Red Crossbills: 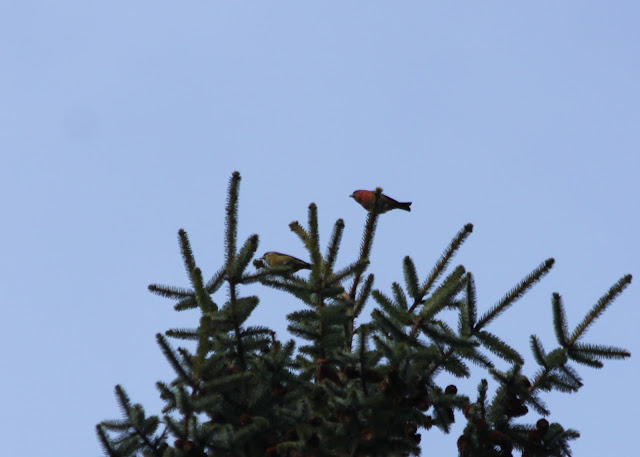 I was driving away from the lake down the park road towards the exit when I saw something on the side of the road that looked like a bird- indeed it was a young Peregrine with what I thought was a fresh kill: 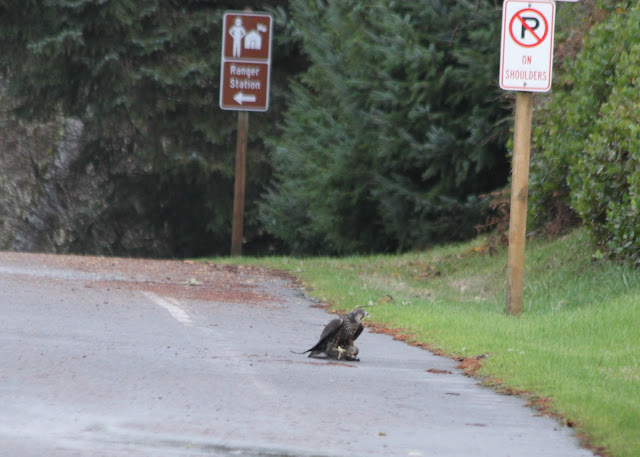 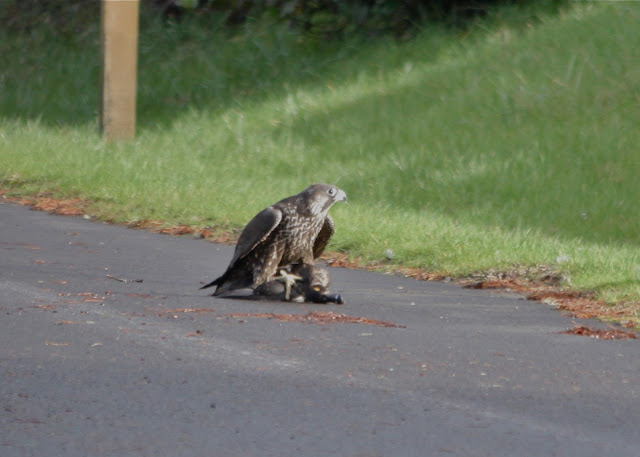 I gave the Peregrine as wide a berth as possible on the road but unfortunately spooked it anyway... 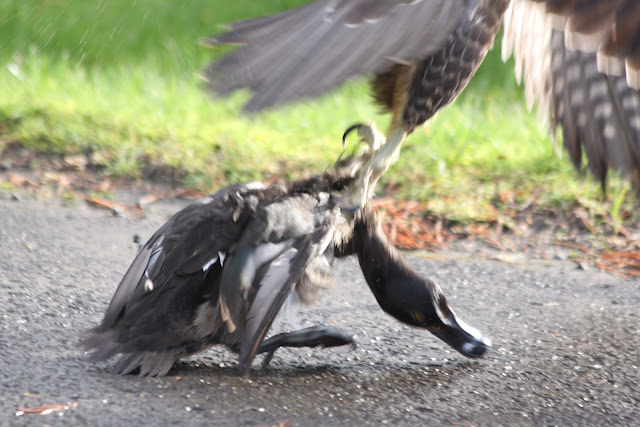 So like I said, I had thought it was a fresh kill.  Turns out, this Ring-necked Duck was still kickin. 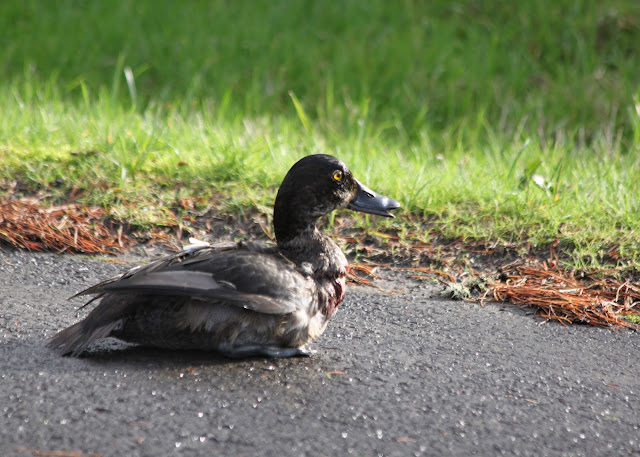 He hobbled up onto the grass while I watched.  After a minute or so I figured I was preventing the falcon from returning and I did not want to watch this bird suffer anymore, so I took off.  I really hope the falcon (or another animal) came back to finish the job.