on January 31, 2013
Sunday morning my friend and her son and I headed to Lake Merritt in Oakland to check out the bird scene.  There were rumors of a Tufted Duck, but in true FJ style, I failed to find it.  So many other rad birds were around though... 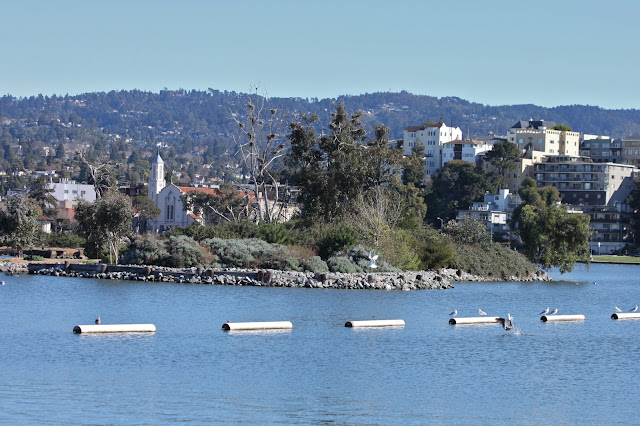 I assume these nests are part of a Black-crowned Night-Heron rookery because those buggers were everywhere!  And they are not like the Night-Herons I am familiar with.  These losers beg for bread crumbs with lowly pigeons!  PIGEONS!!! 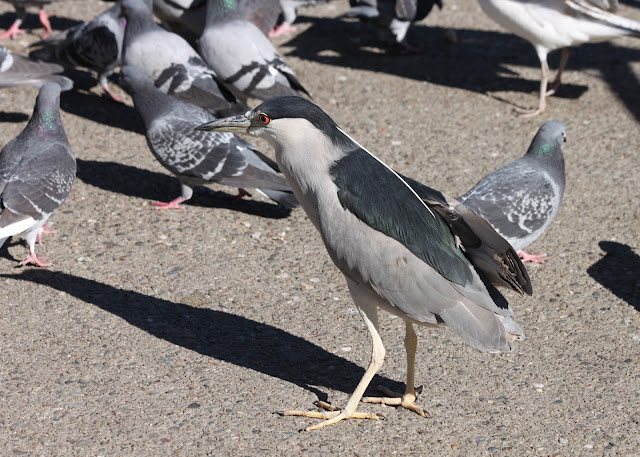 But yeah, it was pretty cool to see them up close without bothering them. 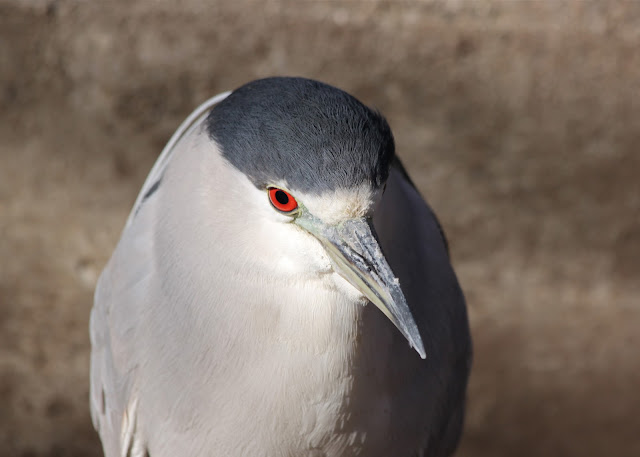 But GAWD, they were friends with PIGEONS!  They lost soooo many cool kid points that day.  Coots were abundant too, and my friend's 3-year-old can actually ID them so that's fun.  My friend pointed out this coot lacking the red spot on its frontal shield.  It reminded me of a coot that was seen in Vancouver awhile back. 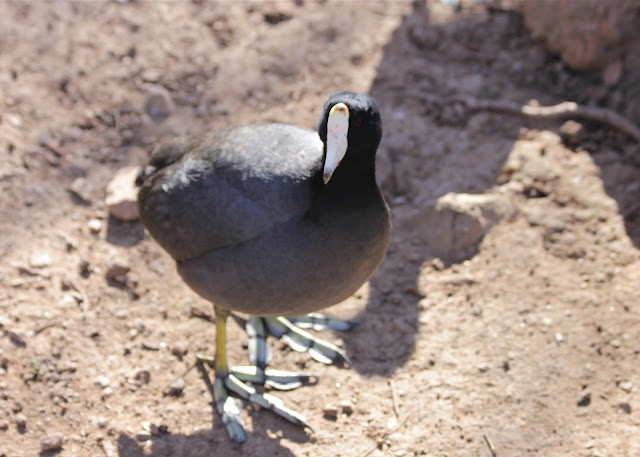 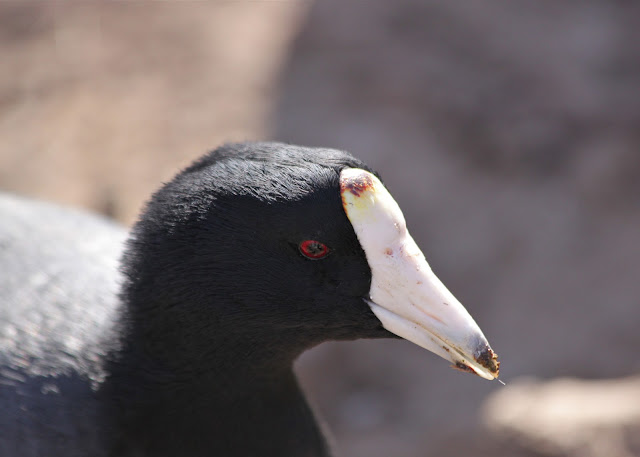 The lake itself holds lots of nice ducks sitting pretty for photos bread crumbs.  There were piles of scaup (most likely holding the TUDU underwater for my visit) scattered with Canvasbacks, Common Goldeneyes, Ruddy Ducks, and others.  I also now understand why Seagull Steve has so many good bellowing duck photos. 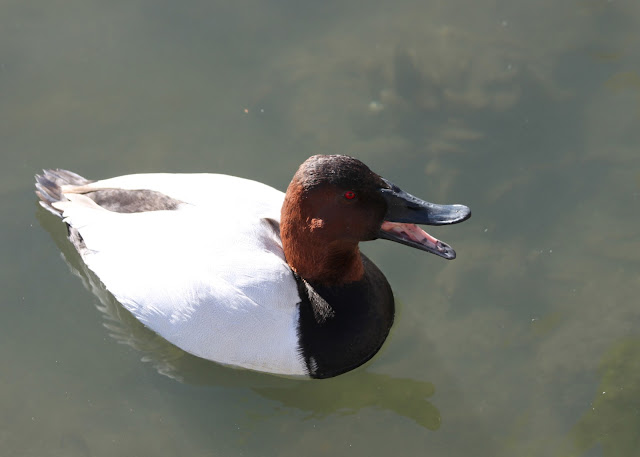 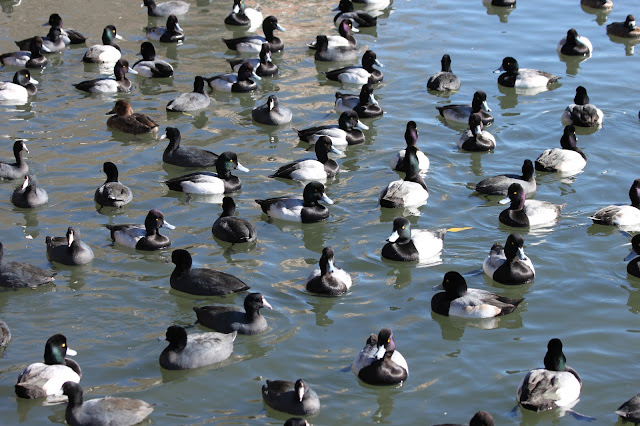 The lake had its share of gulls too- most, if not all, of which were also lowly bread-crumb-beggars. 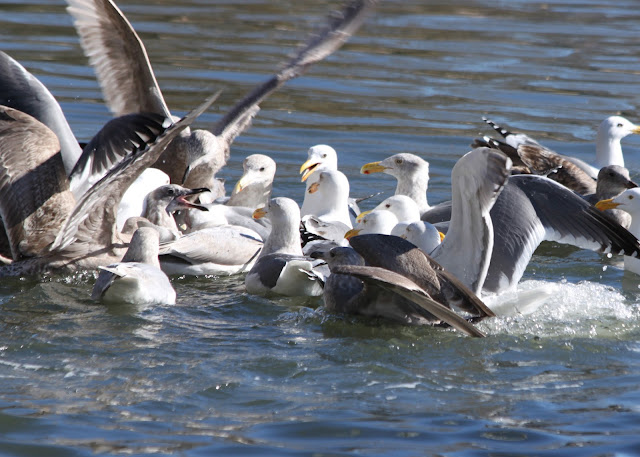 After awhile my friend took her son over to Fairyland (insert joke here) and I continued to wander the area.  I found a Spotted Sandpiper bobbing on a log... 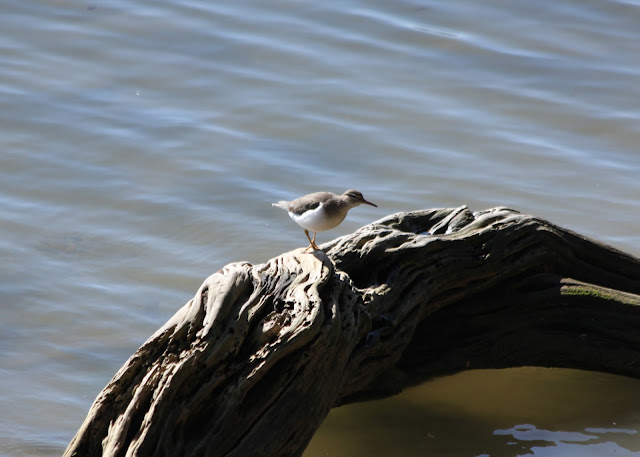 While walking the main path I heard a couple of hummingbirds making a racket.  I watched as they both flew down to the grass and was able to see them laying with their wings spread facing each other.  What does this mean? 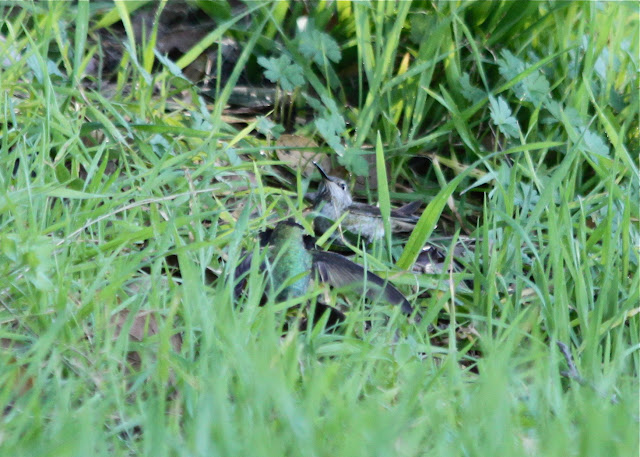 It didn't last long and they flew out of sight quickly.  I started to move away from the lake and into the trees.  I heard a sound I could not place and saw a large-ish bird moving around in a tree across the lawn.  I followed the sound but kept losing sight of the bird.  Finally I was able to confirm it was a Nuttall's Woodpecker!  There were actually two of them chasing each other around making me feel insane as I followed from tree to tree, always two steps behind. 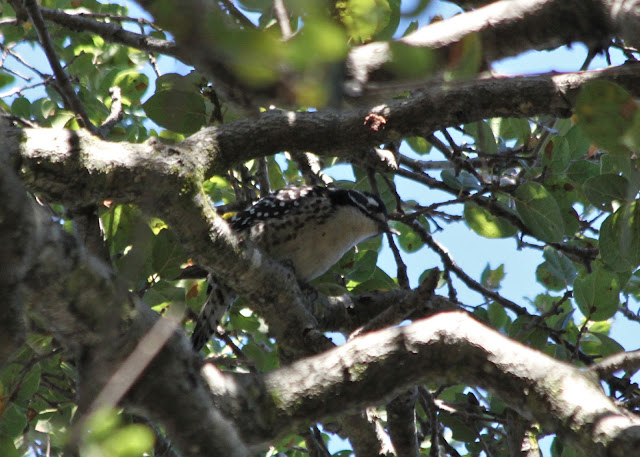 I managed a second life bird after rejoining my friend and her son post-Fairyland.  It was an Oak Titmouse, a bird I had not even realized I should be looking for there. 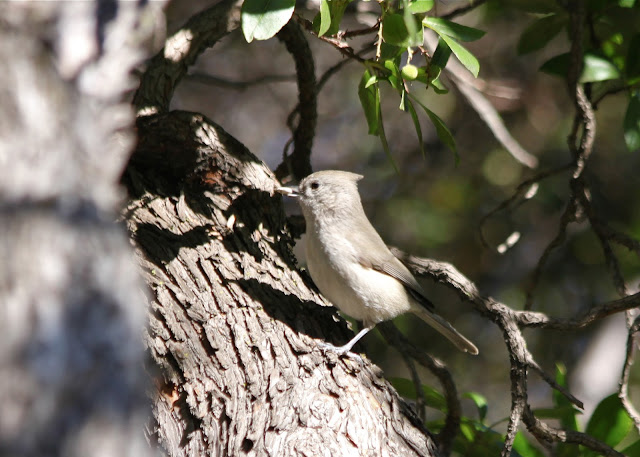 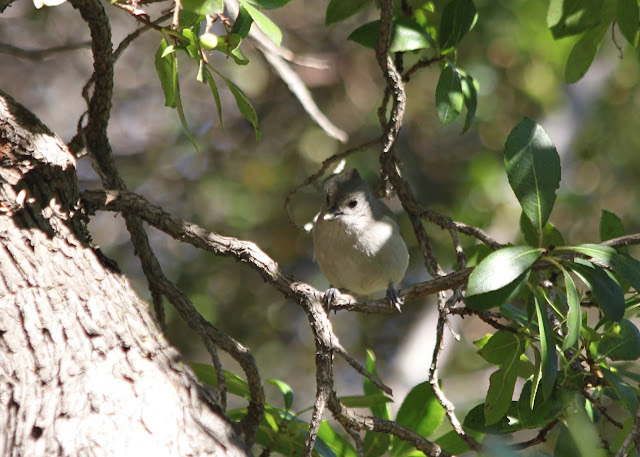 My friend referred to it as the most boring-looking bird ever.  Indeed, it lacks pizzazz.  Another fairly simple bird at the park (though definitely brimming with pizzazz) was the American White Pelican.  There were two resting near the heron/pigeon/gull havoc. 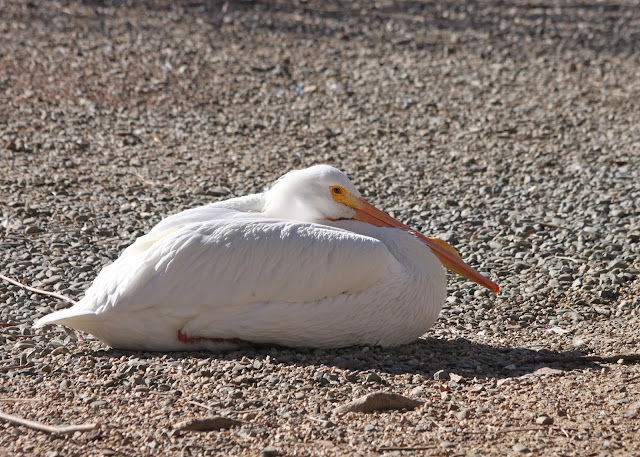 Ok, and I was not going to do this, but I feel I owe it to you to be honest.  It wasn't just Night-Herons acting like pigeons... There were two Great Egrets joining in, begging for crumbs.  Sorry to crush your visions of these guys as regal beauties... 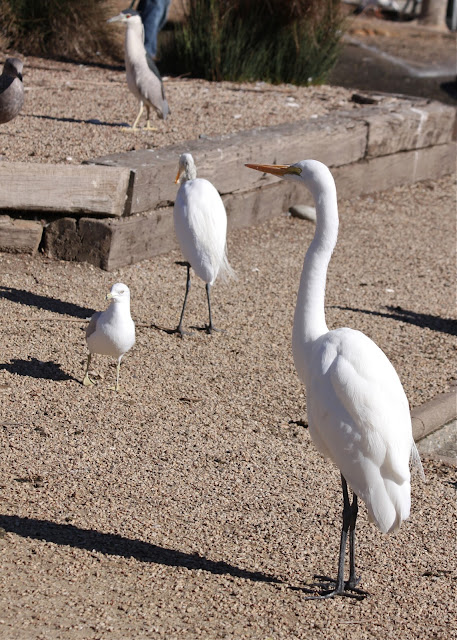 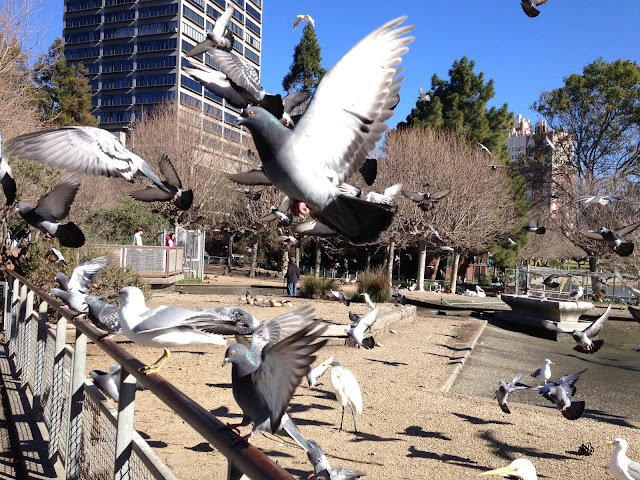 Shame on you beggars!!  Go murder some voles!!