on January 01, 2013
I had planned to do yet another year end wrap up type post, list all my favorite lifers and all that, but it seems kind of overwhelming so I'm skipping it.  2012 was pretty rad for me.  I'll leave it at that.

This morning I wanted to take the dogs on a little adventure so we headed east to Eagle Creek.  There was a little snow around and it was pretty damn scenic. 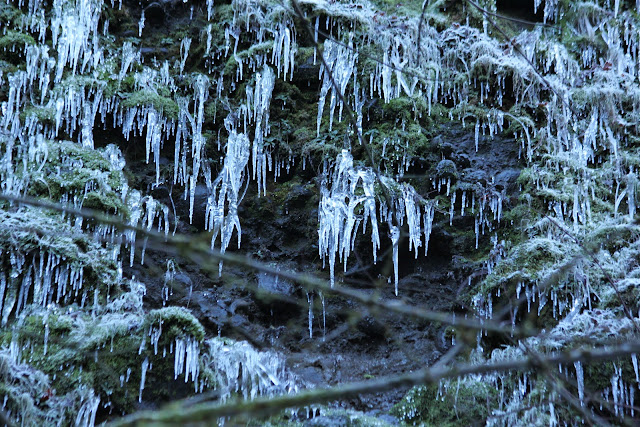 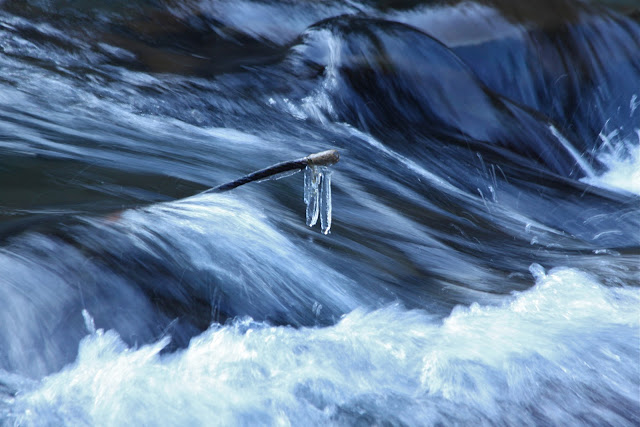 The only bird I saw in the creek was a female Common Goldeneye... 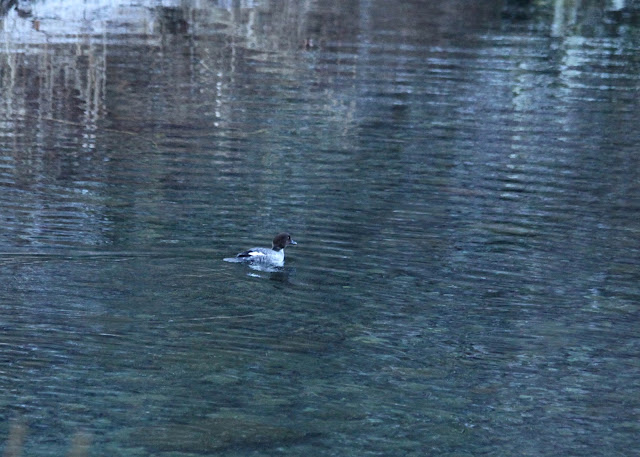 Well, until I headed to the overlook, where there were a few Common Mergansers as well.  At the top of the overlook I started seeing more birds- a Red-breasted Sapsucker, some crows, and a Steller's Jay... 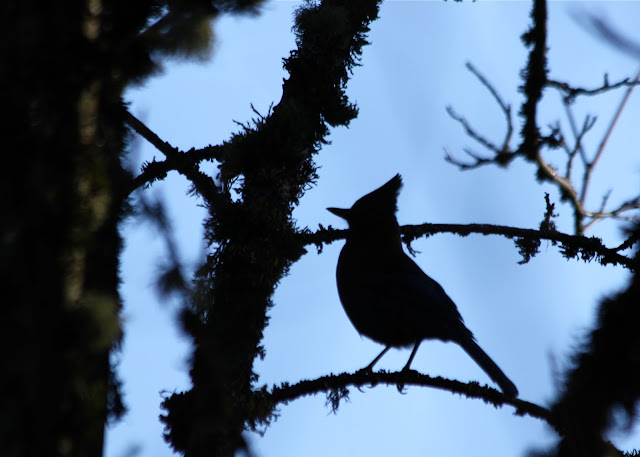 The crows were wading at the mouth of the creek and one even began taking a bath.  It was below freezing.  It was hard to watch. 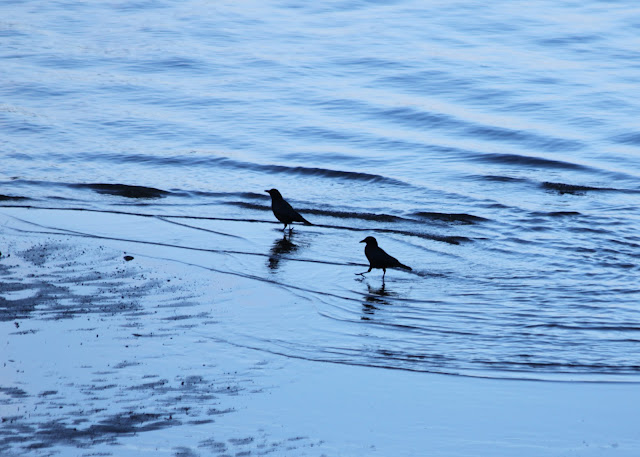 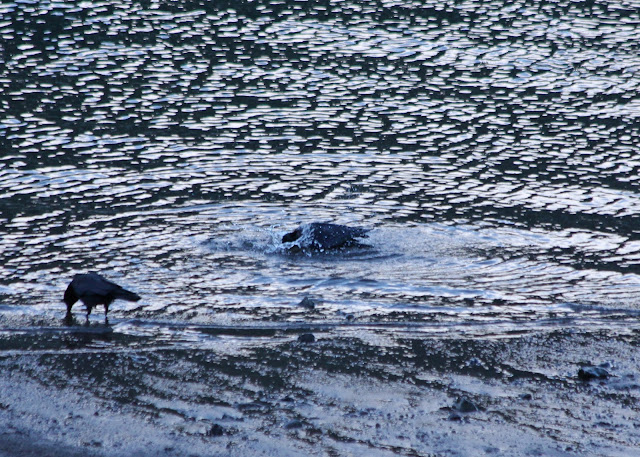 Brr.  On the way home from Eagle Creek I stopped at Multnomah Falls for no reason other than the fact that so far Ralph has never been forced to pose in front of them.  So here: 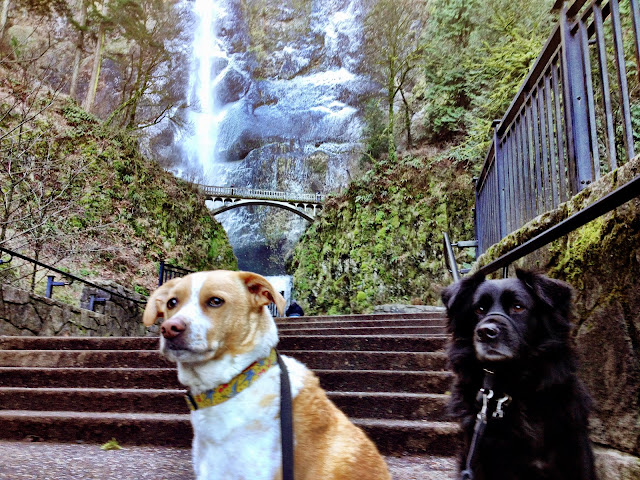 Fact: if Multnomah Falls does not make you believe in the awesomeness of the northwest then you are dead inside. 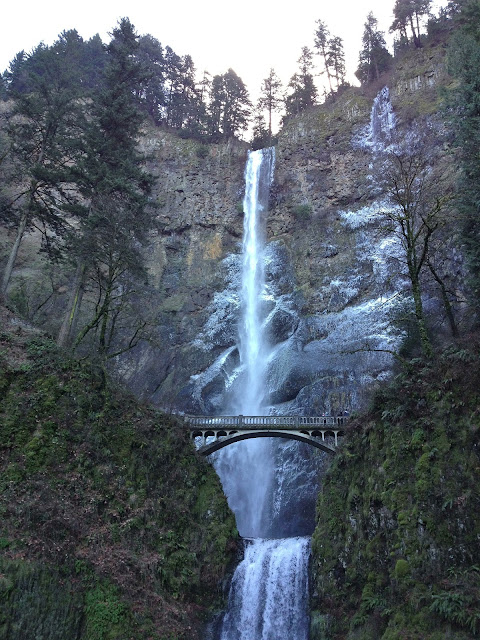 While I was trying to take the dogs' picture a very distracting Varied Thrush was hopping around nearby.  We were standing at the top of about five stone steps and the thrush hopped right up to the bottom of them and stared at us.  Freakin adorable. 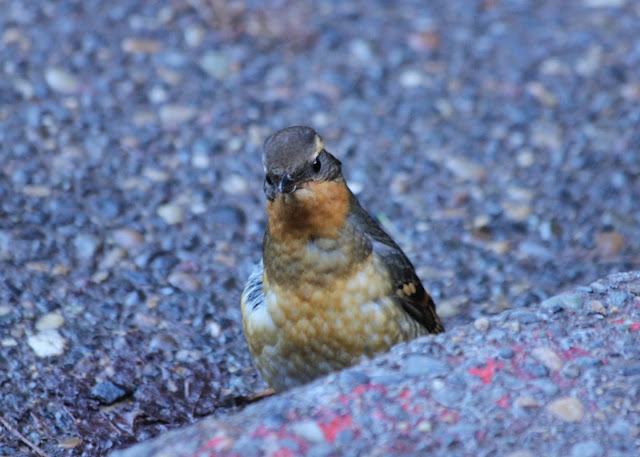 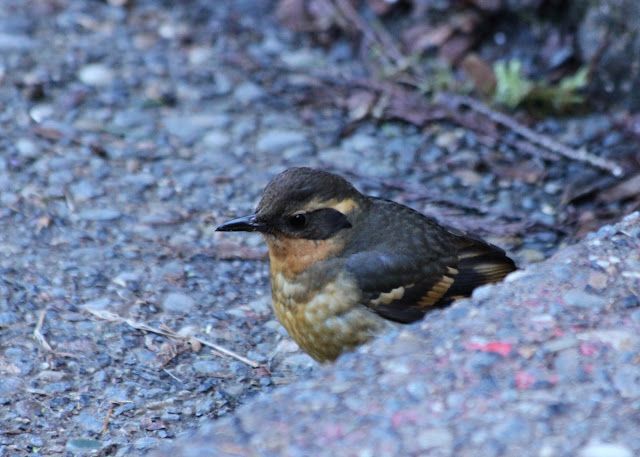 Right when we arrived at the falls a train came to really set the scene: 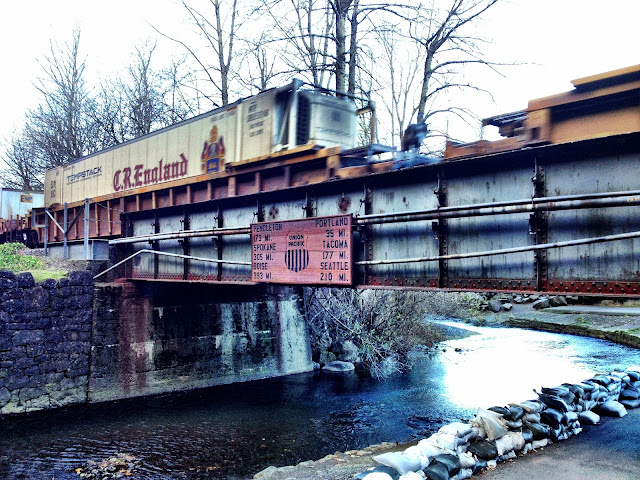 Not a bad start to 2013!  In case you want some numbers, my 2012 year list was 335 (336 if that Lesser Black-backed Gull pans out), with 87 (maybe 88) lifers!  Pretty awesome for me.  Hope your new year's day was fantastic and bulging with birds!
American Crow Common Goldeneye Steller's Jay Varied Thrush