Yesterday afternoon I dragged my friend out to Camas to look for a damn duck.  Never found it.  It was cold but sunny and we ended up spending several entertaining hours exploring Lacamas Lake Park. 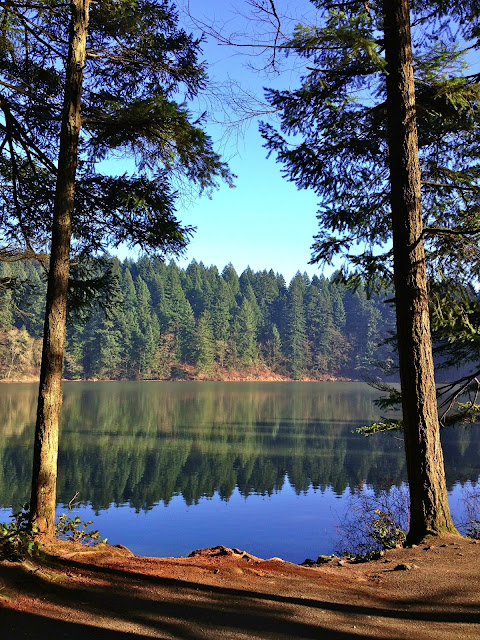 The park was filled with the sounds of nuthatches, creepers, kinglets, and chickadees.  Varied Thrushes popped up onto branches as we walked the trails. 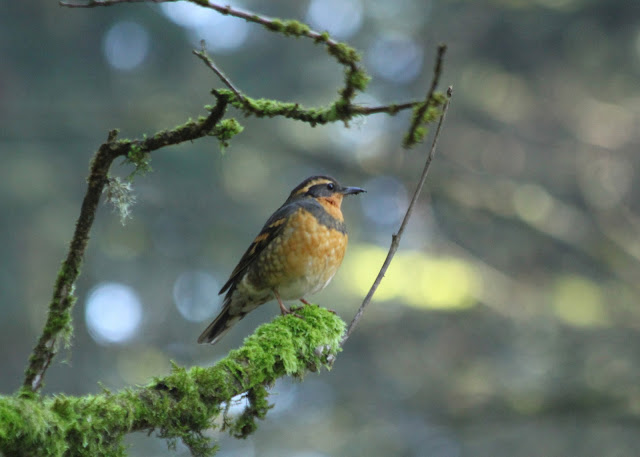 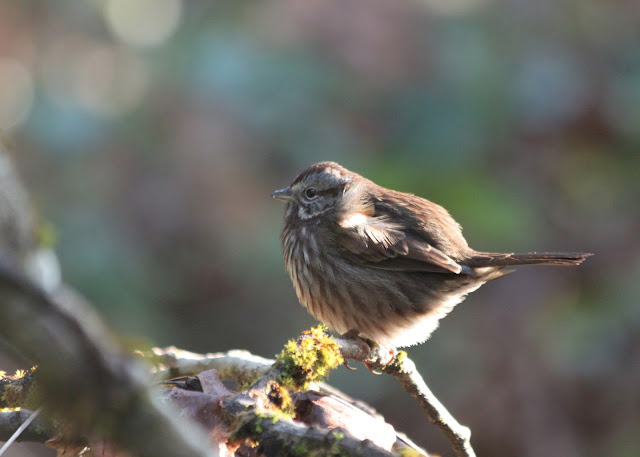 We came out one end of the park at a school where a group of chickadees were hopping around along with what I think is a Hutton's Vireo: 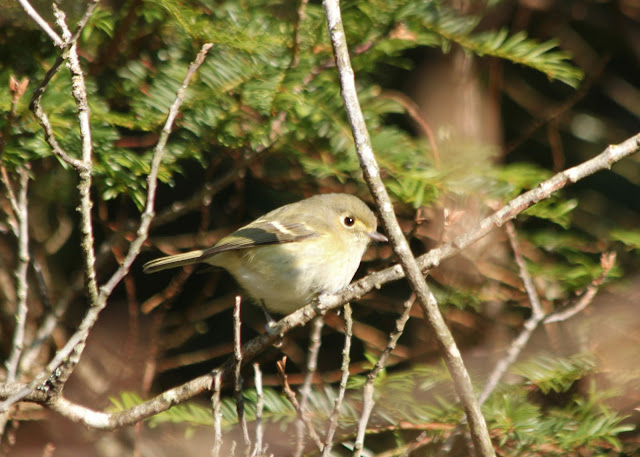 Right?  We made our way back into the park along a different trail, then hopped through a hole in a fence to walk along the river (along a steep and probably dangerous drop-off).  We made it to an amazing area with small waterfalls and rushing water. 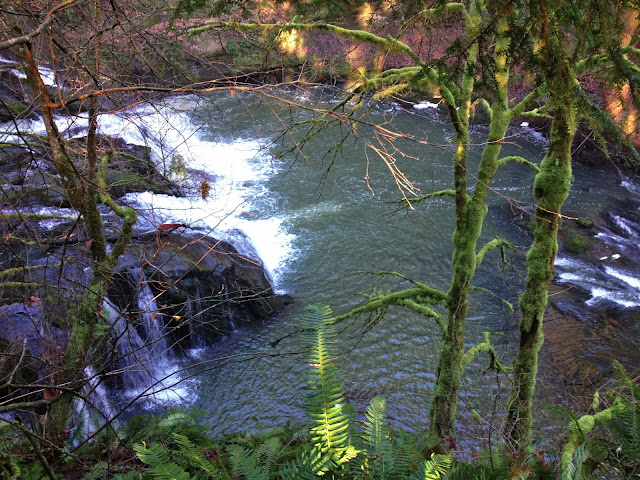 We found a spot where we could sort of climb down (read: slide on our asses) to the rocks seen on the left.  An American Dipper spooked while I was sliding/screaming and flew upstream to another rock. 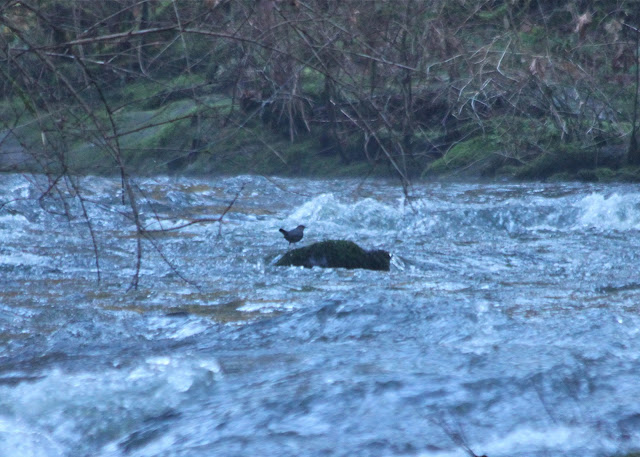 I only had my 300mm lens so I couldn't get any grand photos of the waterfalls, but here's the upstream view... 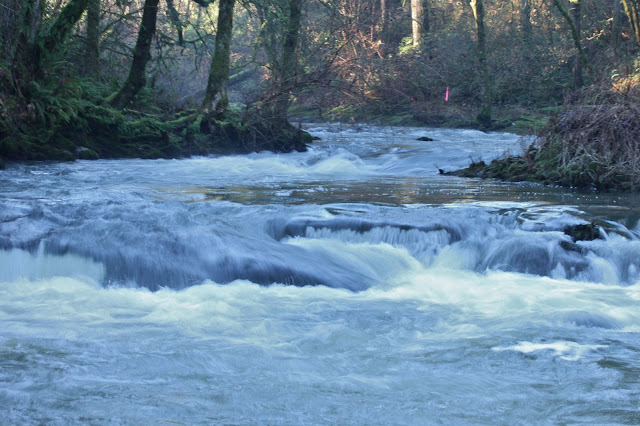 And the downstream view with my phone camera... 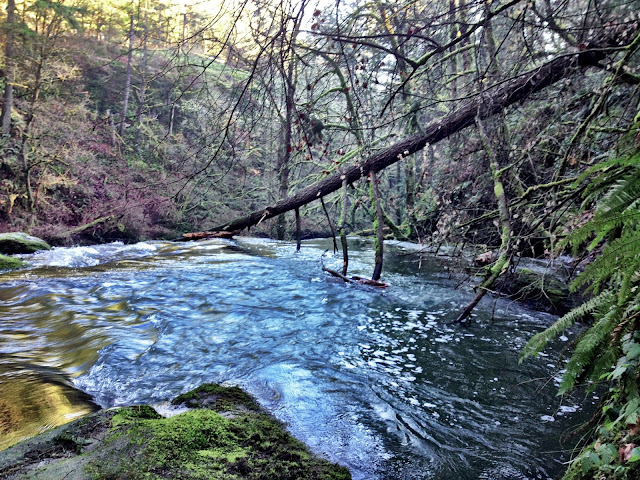 We scrambled back uphill to the trail and made our way back to the main lake to walk the loop trail. 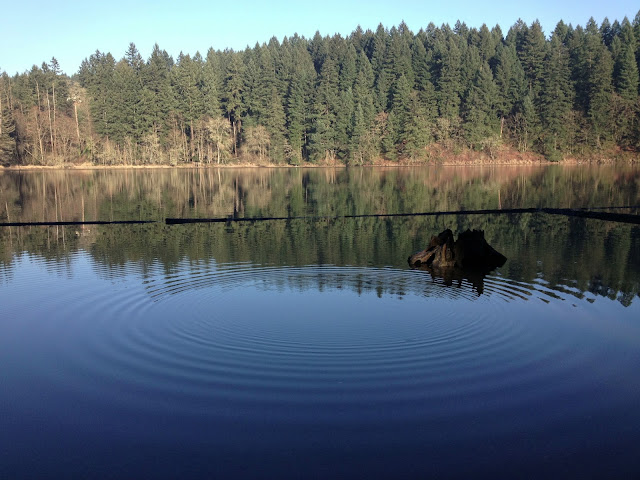 There were several No Swimming signs along the dam but a couple of Mallards were rebelling. 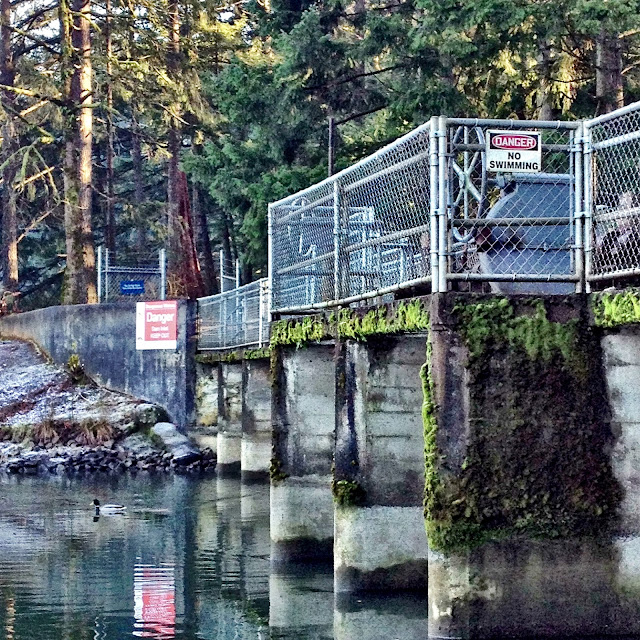 There were lots of cormorants on the lake and my friend worked on mastering digi-binning with his phone.  I just took regular photos. 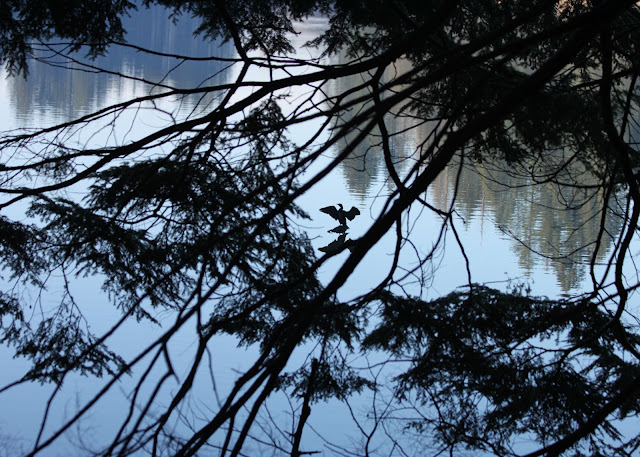 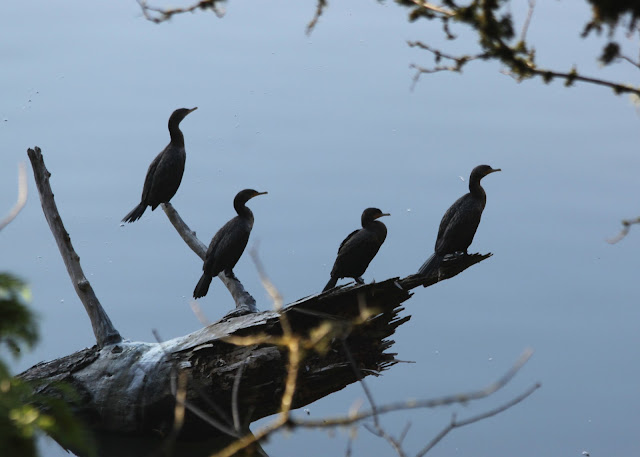 We ran into a flock of Golden-crowned Kinglets about halfway around the lake. 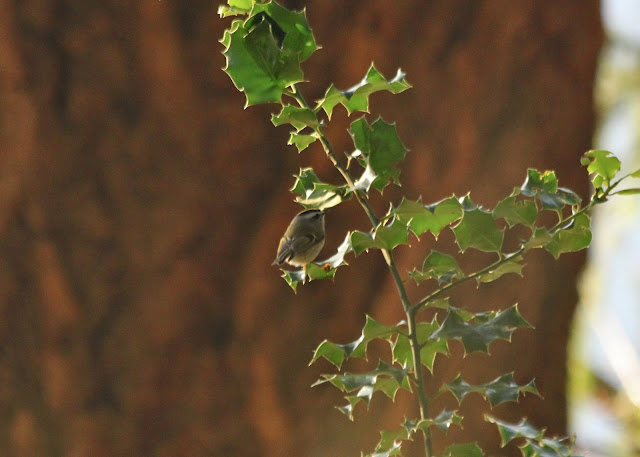 I started walking without realizing my friend was still looking at something.  For a non-birder he was looking for birder-ish, crouching and using my binoculars to try to find something.  I made my way back and he said he heard something- sure enough he had found a Hairy Woodpecker! 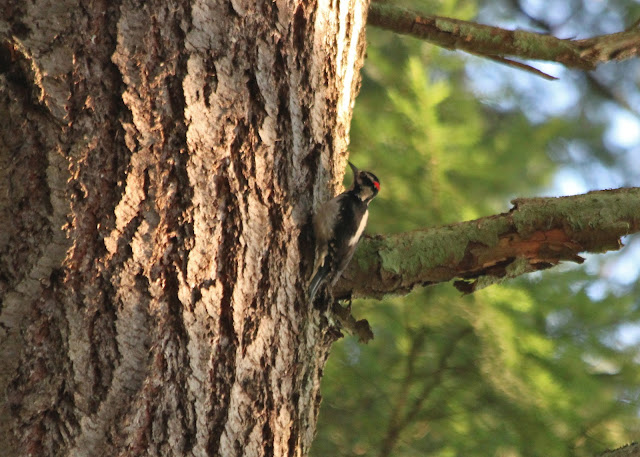 We kept going along the trail as the sun started to set... 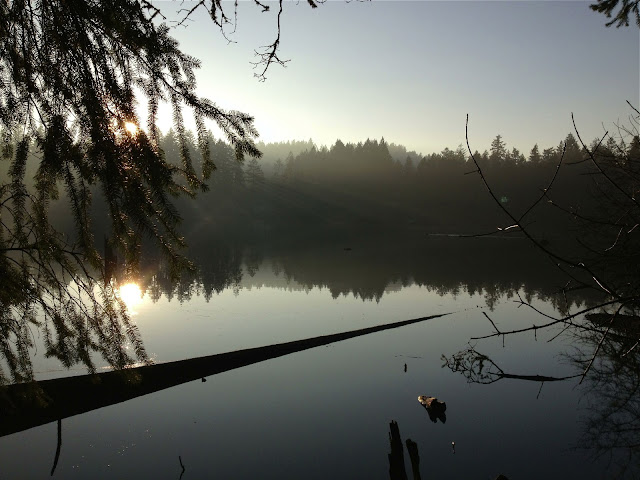 The trail led out of the park onto a side street.  As we were walking my friend said, "what is that?  Is that a bear?"  I thought he was just being a weirdo till I looked up and saw a big brown beast on the hill behind a house. 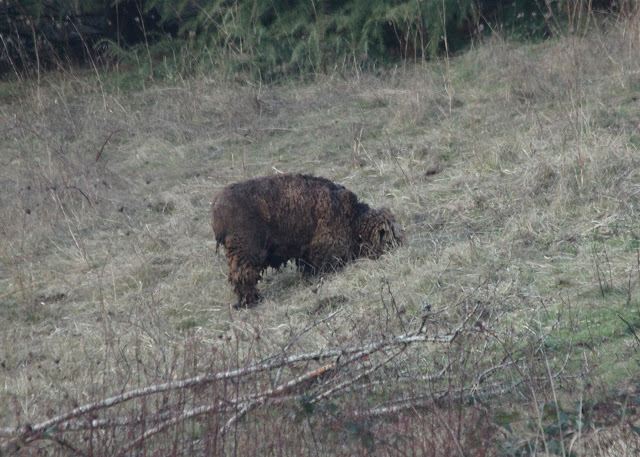