on January 16, 2013
The weather folks should really just call it a day- they've been wrong all week.  Monday morning I read something along the lines of "sun" and "dry."  It snowed pretty much all day- not really accumulating, but still.  This White-crowned Sparrow was pretty indifferent to it: 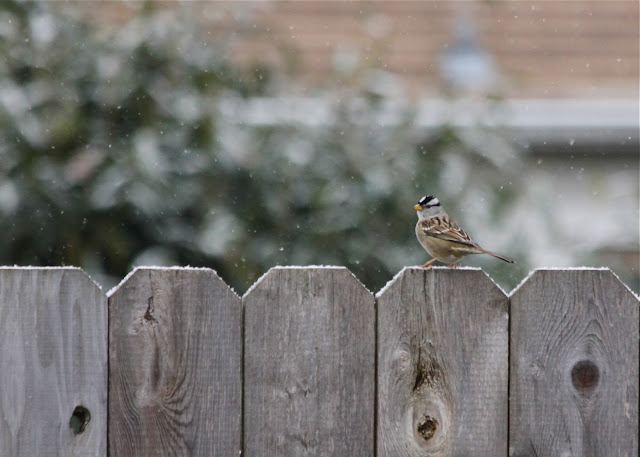 After enjoying the dusting in my own yard I headed west to Washington County to spend the day birding with the famous Dwight Porter.  Ok, maybe he's not famous.  Anyway, he showed me around some spots I'd never visited before including Koll Wetlands and Hedges Creek Wetlands, and we also stopped by Tualatin River NWR.  The weather wasn't great for photos but we saw some great birds- like a Merlin at TRNWR: 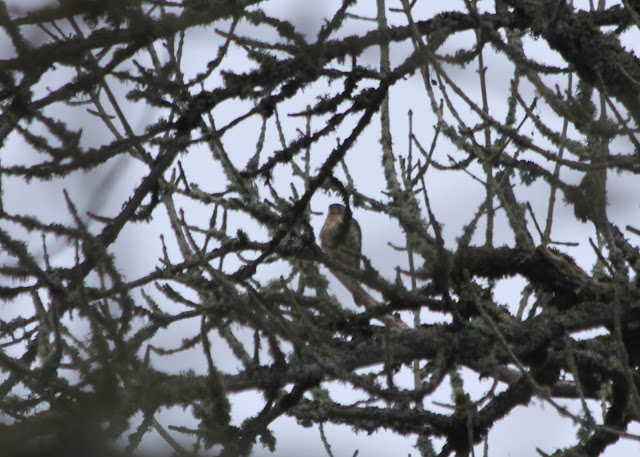 A Green Heron (or two) at Hedges Creek... 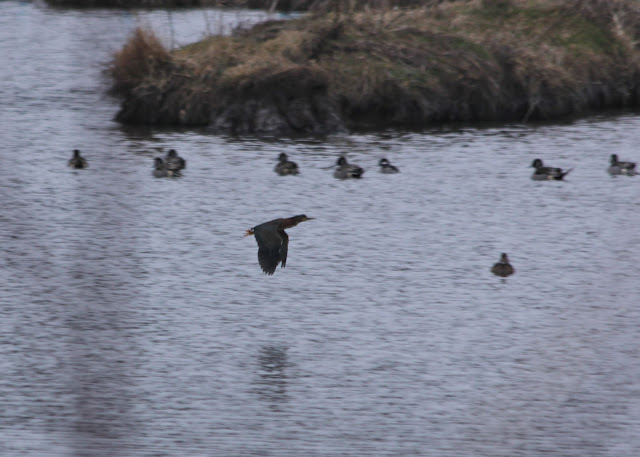 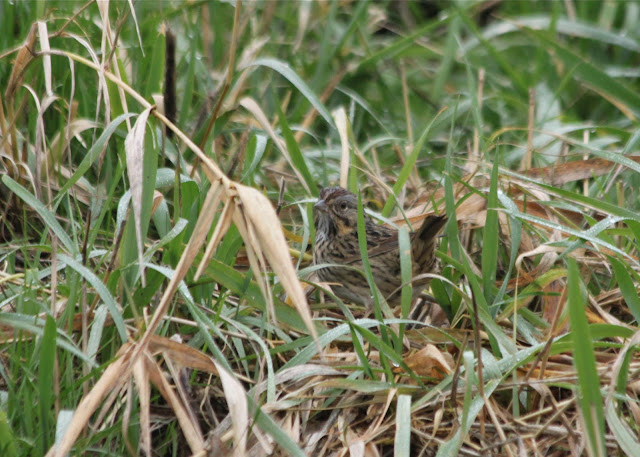 It was a fun time despite the freezing snowy weather.  Yesterday morning I walked the dogs at Broughton Beach where not a whole lot was going on birdwise.  A flock of Canada Geese did try to clothesline us at one point, but eventually they gave up and half the flock flew into the river and the other half walked up the hill. 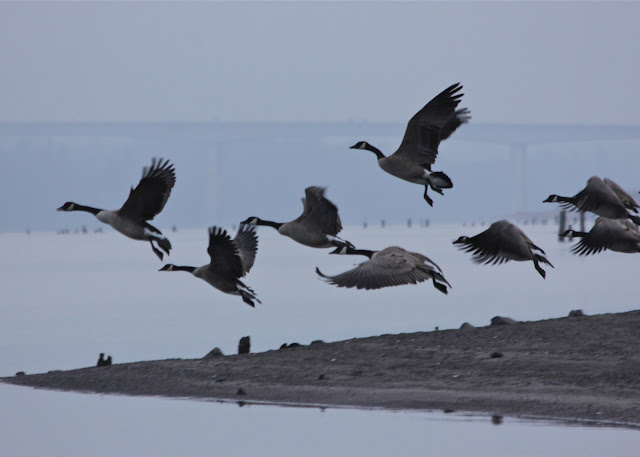 This morning I walked the dogs by Vancouver Lake.  Things were pretty dang birdylicious. 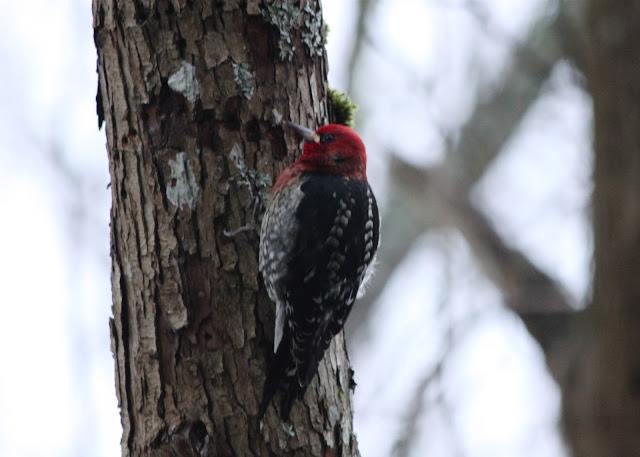 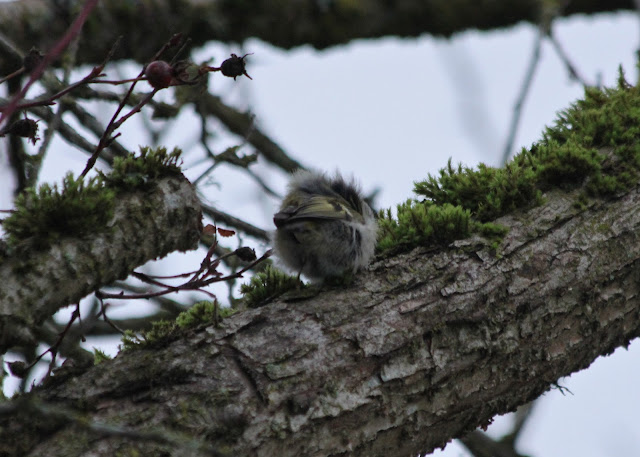 I stared at a lot of sparrows trying to pick out interesting ones.  I found a couple Foxes and a single White-throated and proceeded to take terrible photos of them. 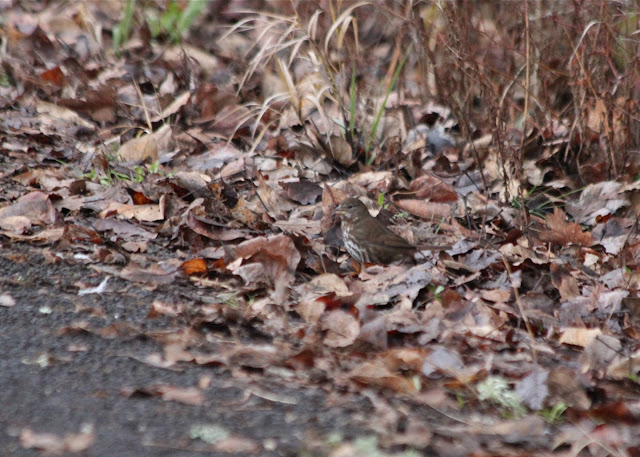 Bald Eagles were in abundance.  This adult went flying across the lake and promptly came flying back with a gull in hot pursuit... 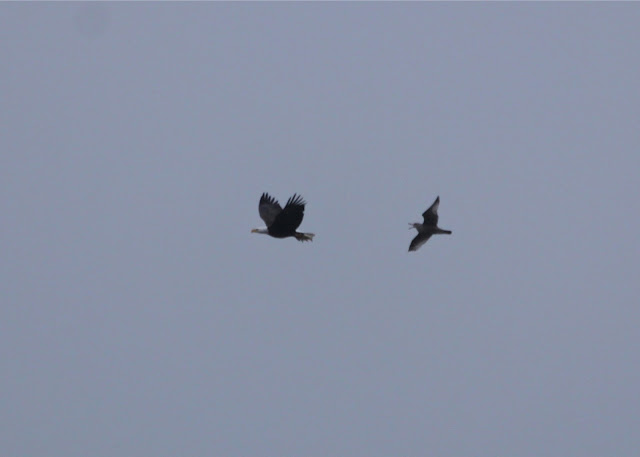 These two looked on chuckling to themselves... 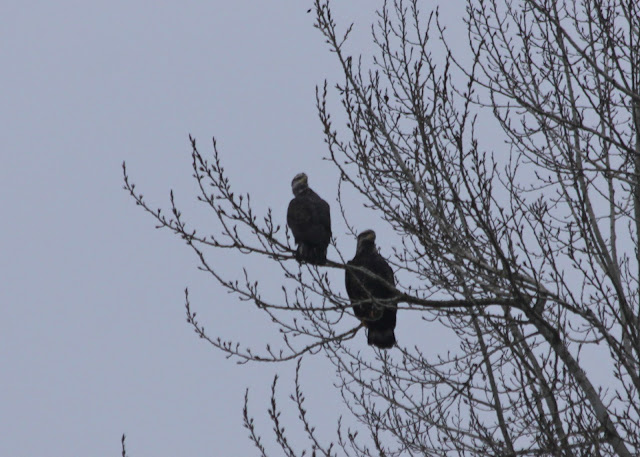