Yesterday morning was cold though it didn't seem as cold as the morning before.  The driveway wasn't an ice rink and the grass crunched a little less under the dogs' paws.  Seemed like a good morning to look for birds.  Yet as I drove west towards Kelley Point Park the frost increased and we passed through areas completely covered with snow (ok, like half an inch maybe).  When we got to the park it was cloudy and snowing lightly. 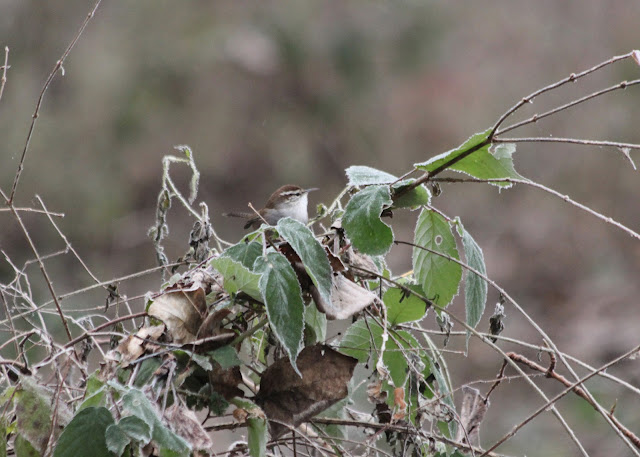 The birds looked chilly.  In the afternoon I went over to Westmoreland to look at some gulls, but unfortunately all of the birds were gathered around a family with bread crumbs. 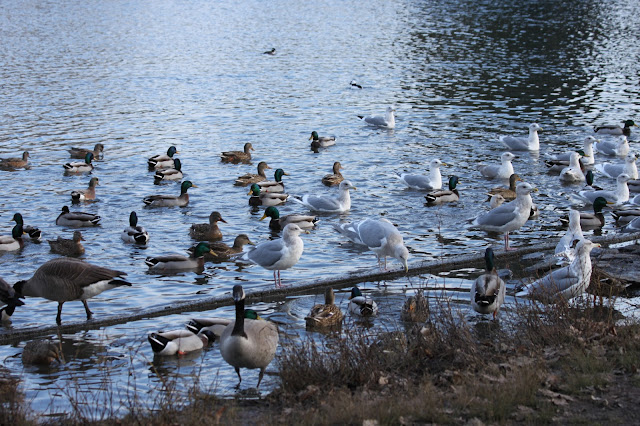 It was a bit chaotic.  I managed to find some gulls that were either full or bored with the handouts and tried to pick out a Thayer's.  This dreamy fellow in the foreground looks to be a Herring, but his less dreamy companion in the background had some potential.... 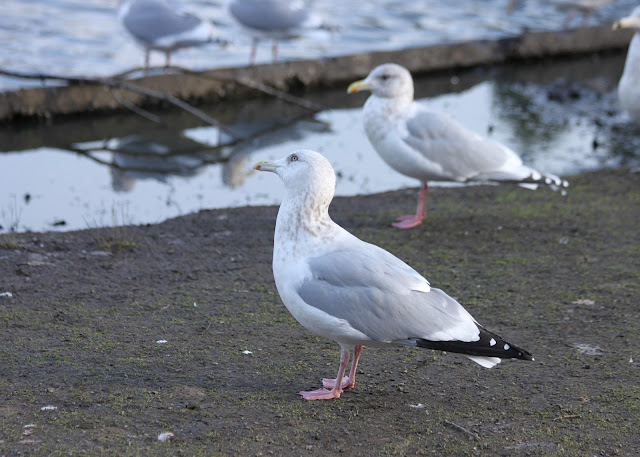 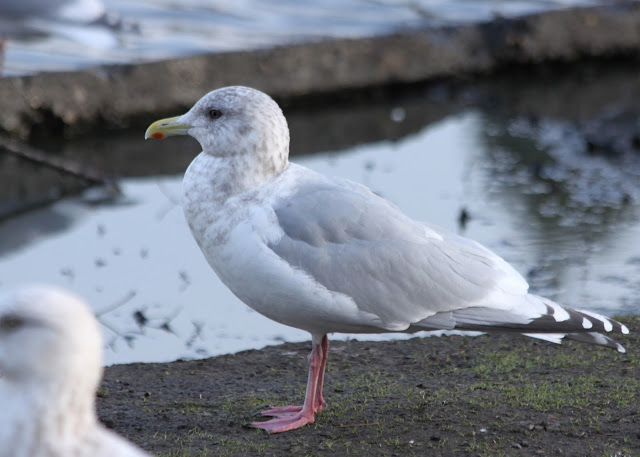 Thoughts?  Now here's another gull that may or may not be a Thayer's and was putting on a bit of a grooming show for me... 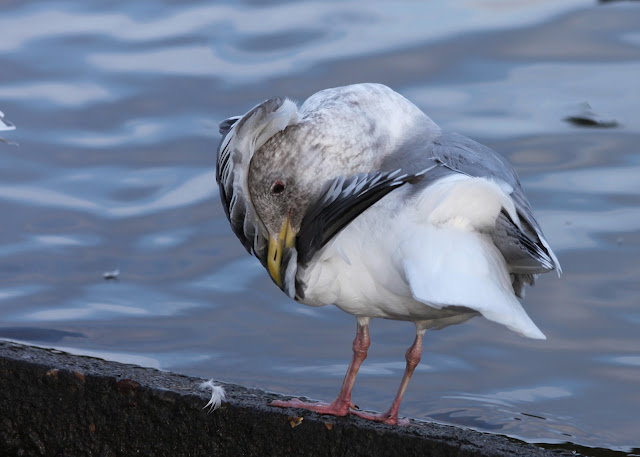 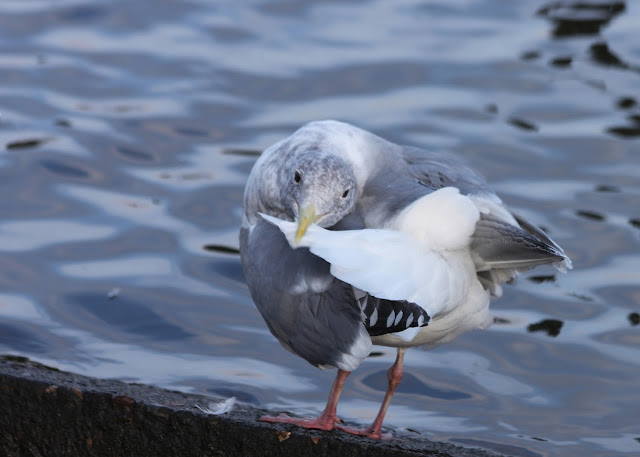 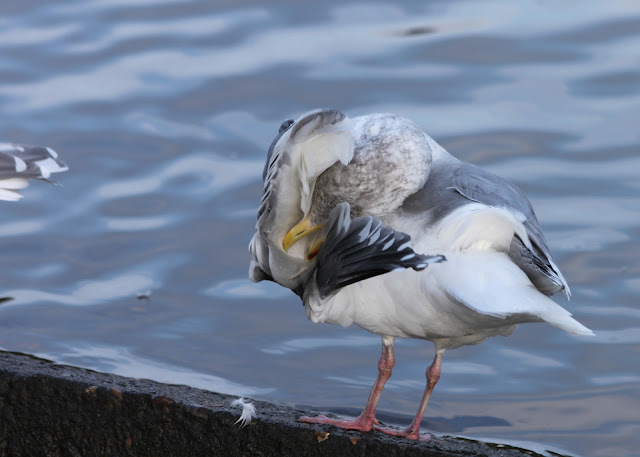 Alright, now for the real excitement.  From Westmoreland I headed over to Laurelhurst to meet up with Michele and Laura to find the extremely random Ovenbird visiting someone's yard.  It was a pretty rad yard with all sorts of creatively used items.  The Ovenbird showed up immediately for us.. 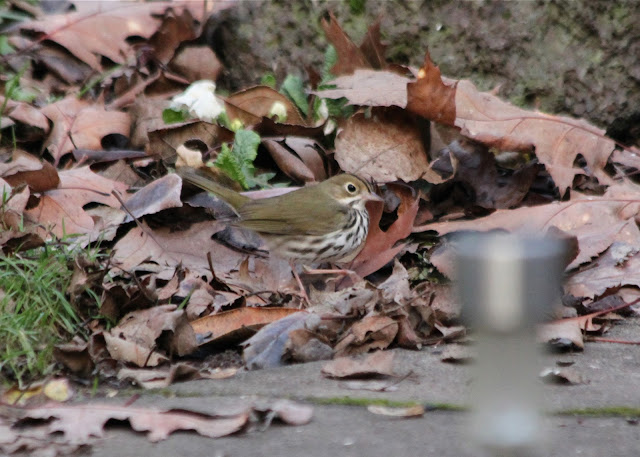 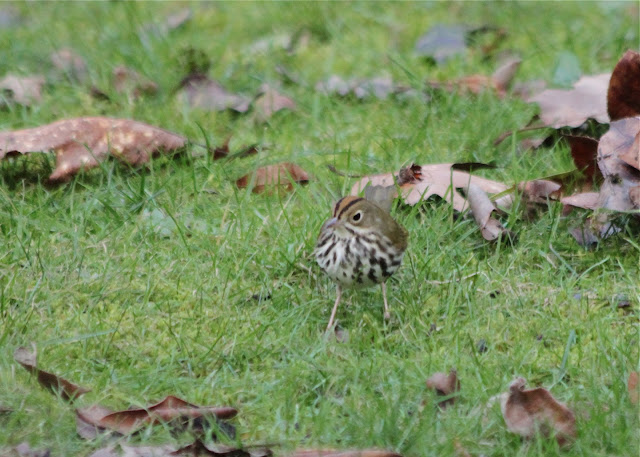 While we were there lots of other birds visited in the yard including a Hermit Thrush and some Varied Thrushes.  The Ovenbird fit right in with that crew. 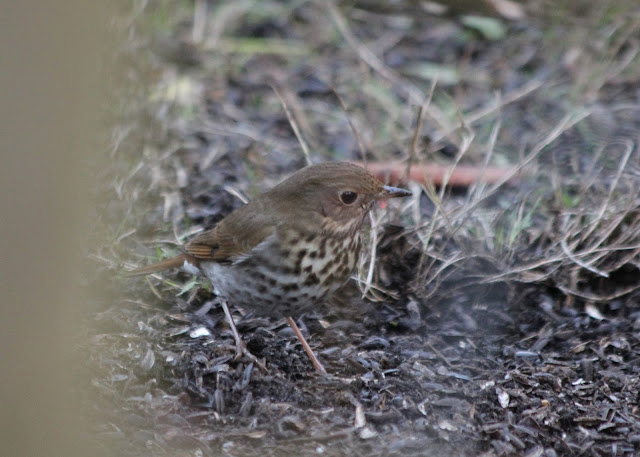 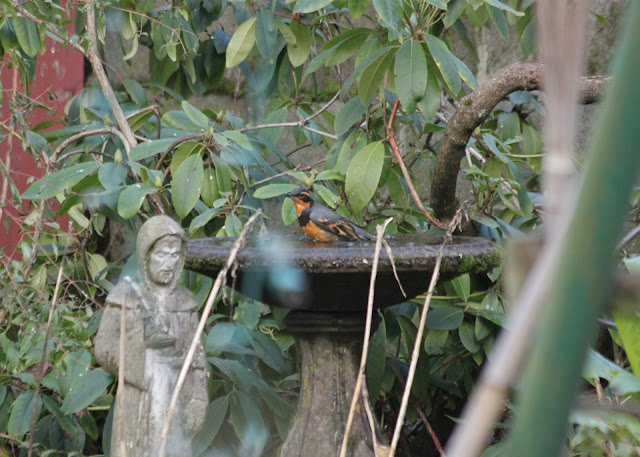 A Townsend's Warbler came by for awhile to brighten things up... 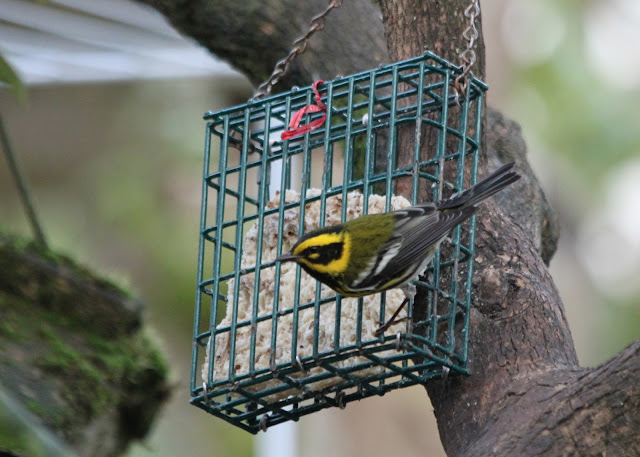 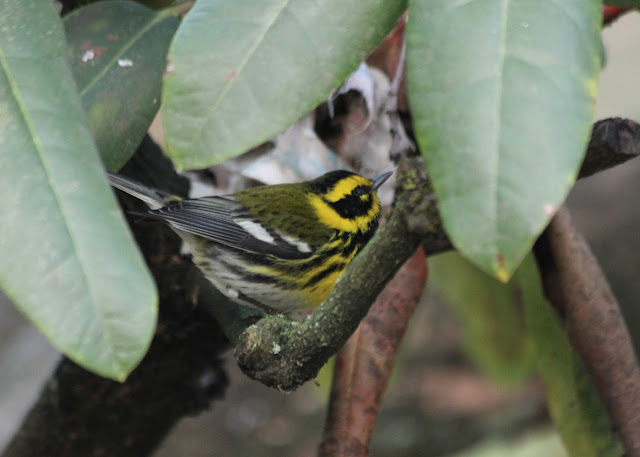 All in all a great afternoon, made even better by the hot rum toddy at Pambiche afterwards! 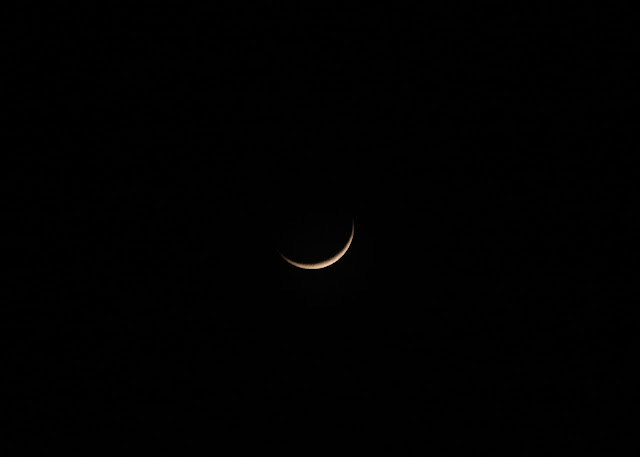