It's been a good week.  I conquered a nemesis.  The seeds I planted almost two weeks ago have been taking off (despite Ralph's best efforts to destroy them).  I added a handful of birds to my motorless list.  And I watched an eagle eat a duck.

Tuesday morning I ventured up Larch Mountain Road to see if I could find anything cool.  I made it to almost MP 8 before the snow was intimidating enough to stop.  Outside things were silent except for the eerie sound of raven wings flapping out of nowhere... 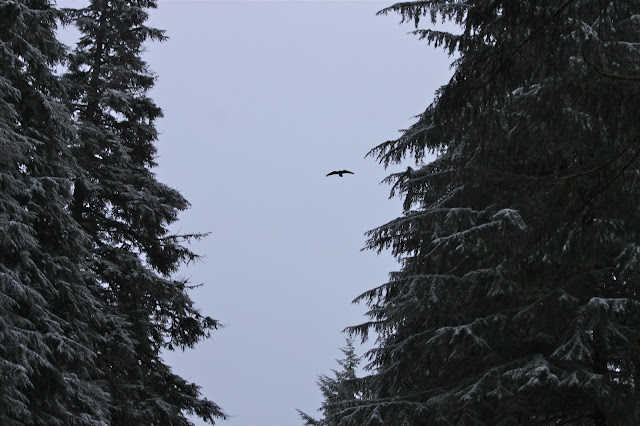 I drove back down a bit and found Pacific Wrens singing all over the place... 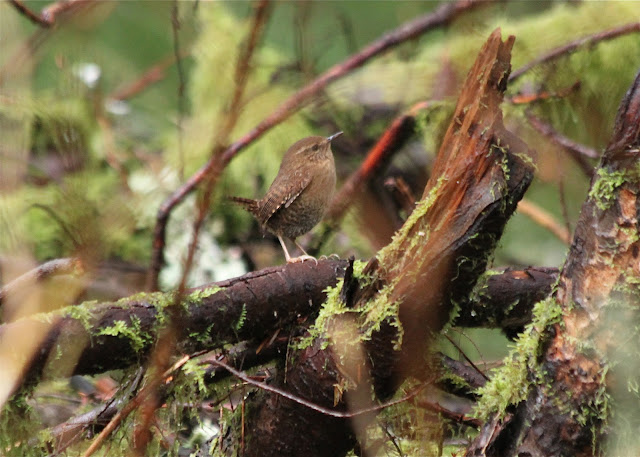 ...as well as my county nemesis! 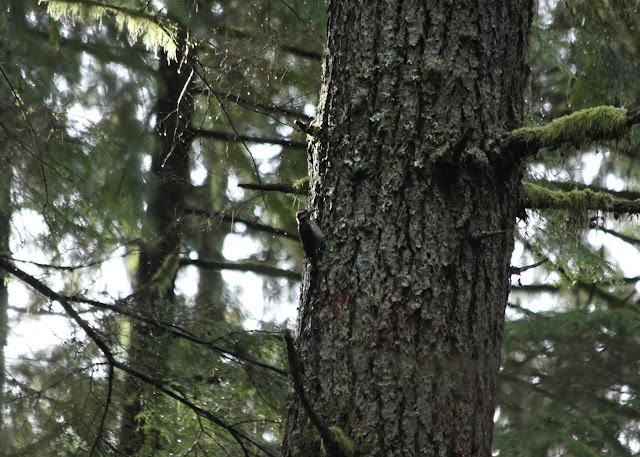 Anyway.  Wednesday morning I set out with the dogs on another motorless adventure, this time to another access point to the Columbia River.  I was able to add five birds to my list- Cackling Goose, Brewer's Blackbird, American Kestrel, Common Loon, and Belted Kingfisher. 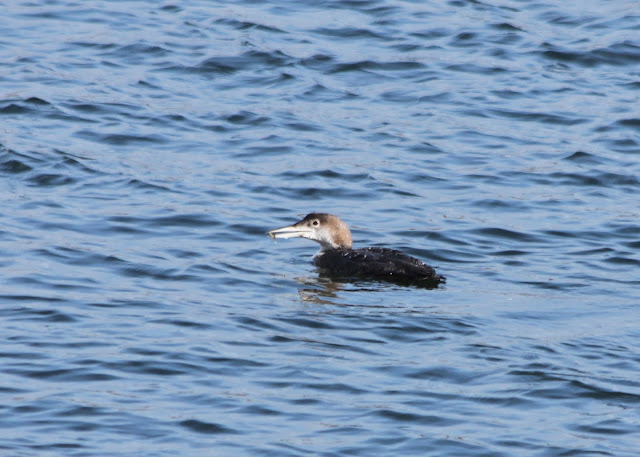 Oh and bubo plasticus, I believe it is called... 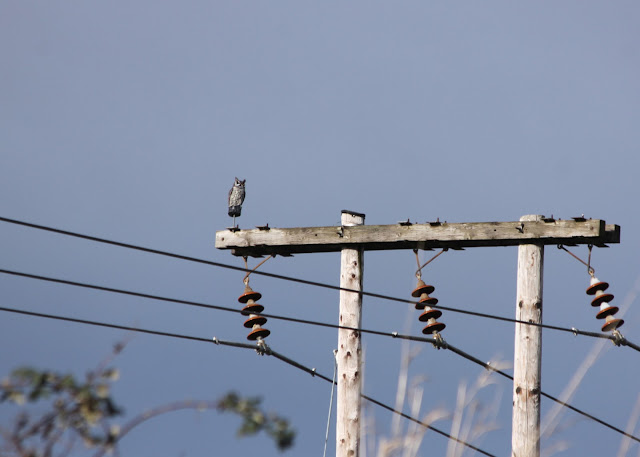 This afternoon I went up to Ridgefield.  The most interesting thing was a Bald Eagle, yet again.  While parked at the trail to the bird blind I saw an eagle cruise across the lake and out of view.  I was bummed that I wouldn't see where it went, but amazingly the eagle returned shortly with a duck in its talons.  And landed pretty much right in front of me. 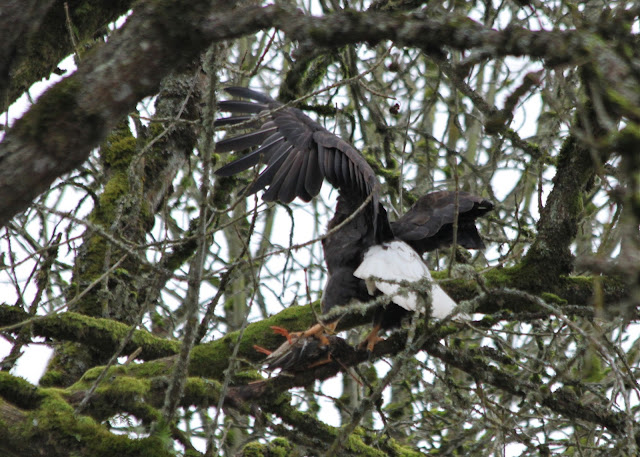 I was pretty stoked.  The eagle went to town ripping feathers off the duck (that I still cannot positively identify). 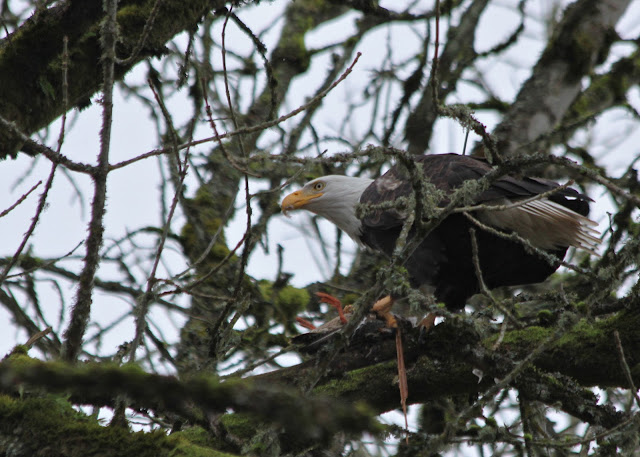 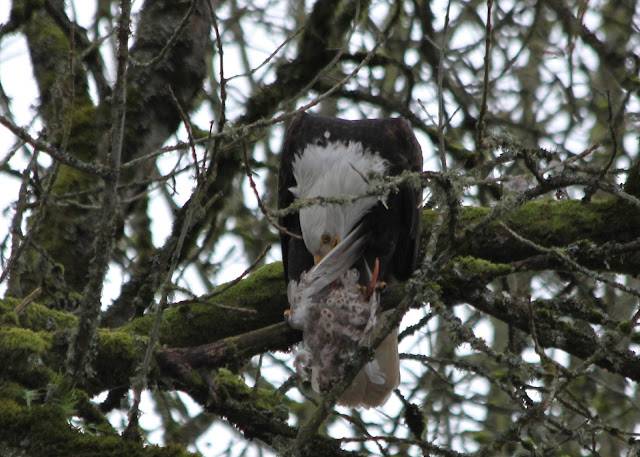 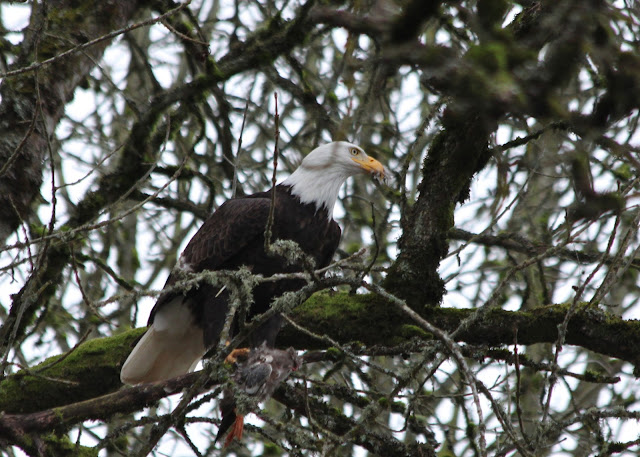 This was awesome, and would have kept being awesome, if it weren't for a giant douchebag.  While I was parked watching the eagle three cars came up the road.  The first two pulled over to see what I was looking at, the third kept driving.  Of the two cars that parked, both had dudes that got out of their cars which was annoying enough.  One dude was respectful and stayed back while taking pictures.  The other dude, the douche bag, just could not get close enough. 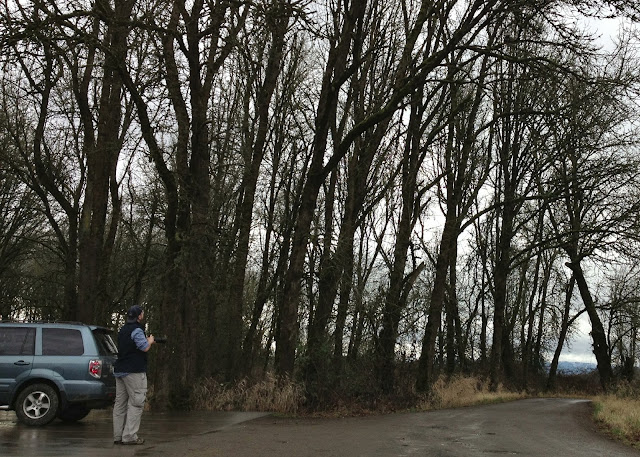 This complete a-hole kept creeping closer despite having an obviously decent lens on his camera.  Hell I took a decent photo with my phone camera!  Of course the eagle became increasingly (and obviously) agitated and took off with its lunch.  Eff this guy.  I posted his photo to the Ridgefield wall of shame.  People are stupid.

Ok, done ranting.  The rest of my afternoon was less eventful.  Here are some crocuses from my yard, so as not to end on an angry note... 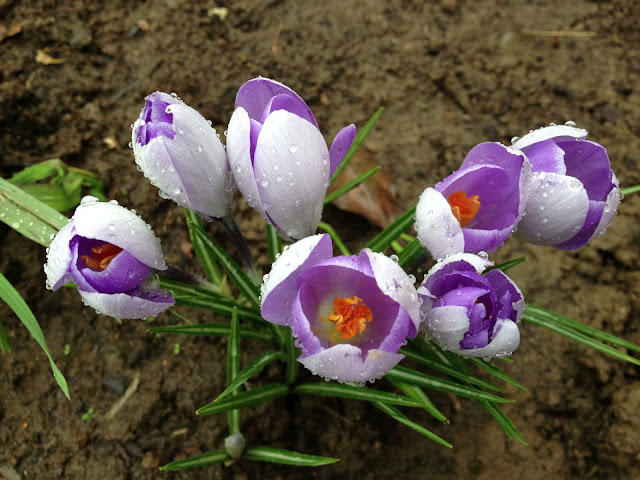