on April 10, 2013
Yesterday morning I got up early to pack in a decent birding bike ride before work.  Since on my last adventure I headed east, this time I headed west to hit up Broughton Beach, Vanport Wetlands, and Force Lake.  The morning fog kept things chilly but pretty... Just west of the Sea Scout Base on the Columbia I rode into a flock of American Pipits.  I stopped to watch them for a bit. 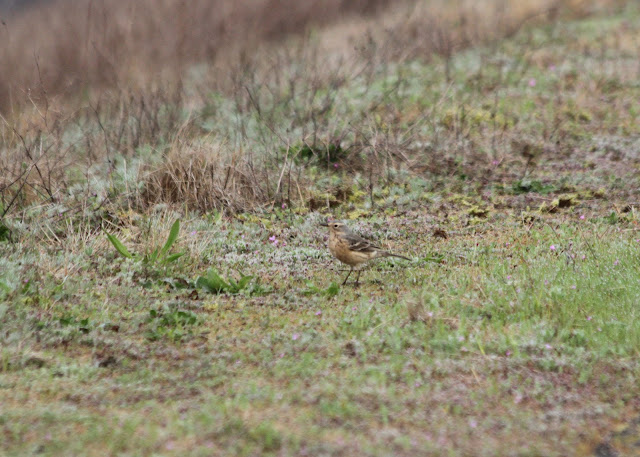 Cyclists would zip through sending them into a frenzy, over and over again. 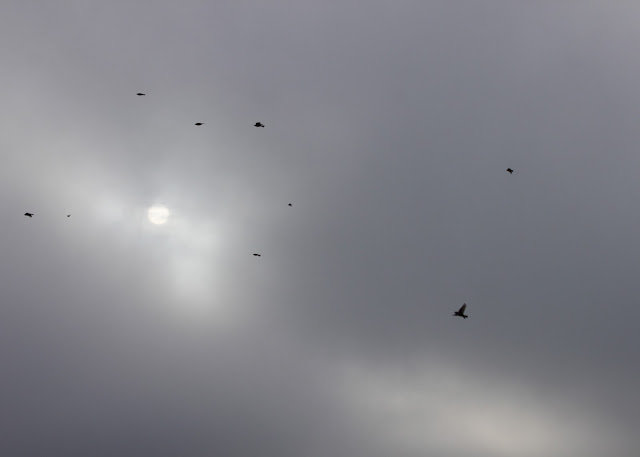 No larks at the fire station lot, so kept heading west to Vanport.  As I had hoped, at least a couple Yellow-headed Blackbirds have returned to the wetlands. 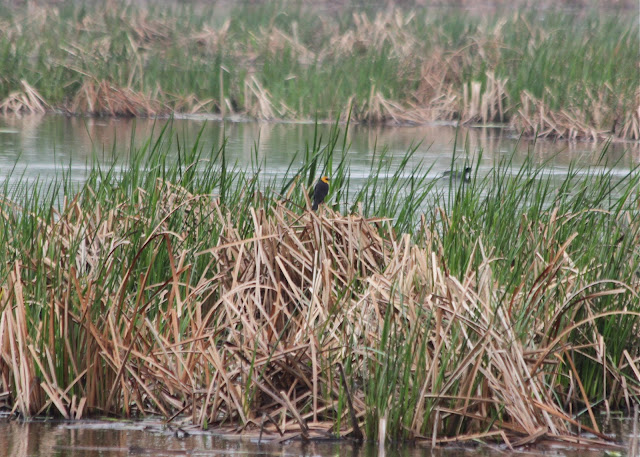 On someone's blog this winter there was talk about how sometimes young male Buffleheads appear similar to females.  This couple showed that fairly well: 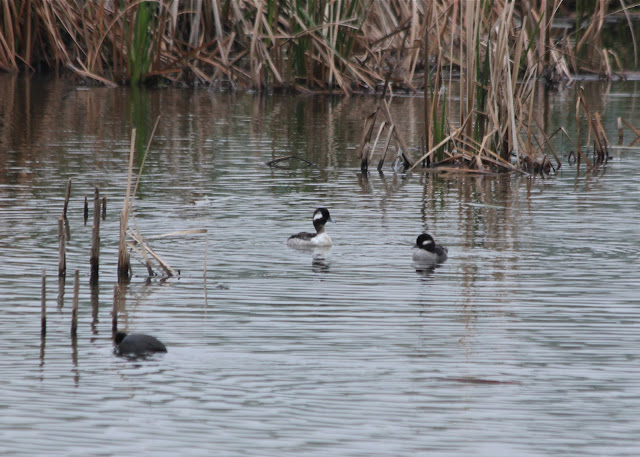 It was a good day for fence shots. 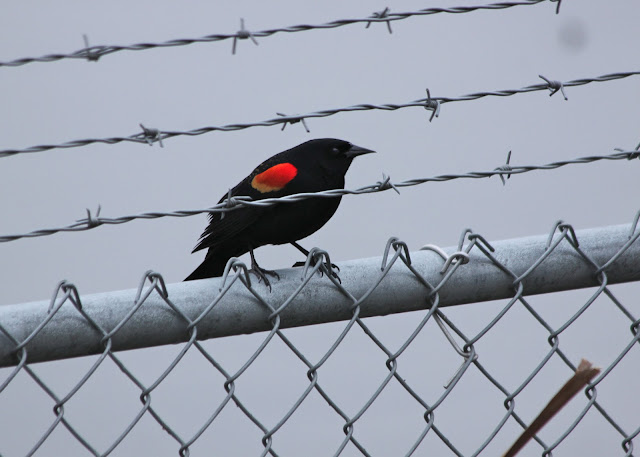 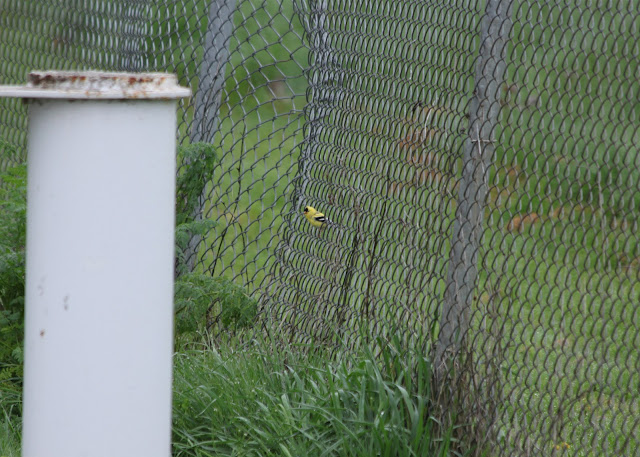 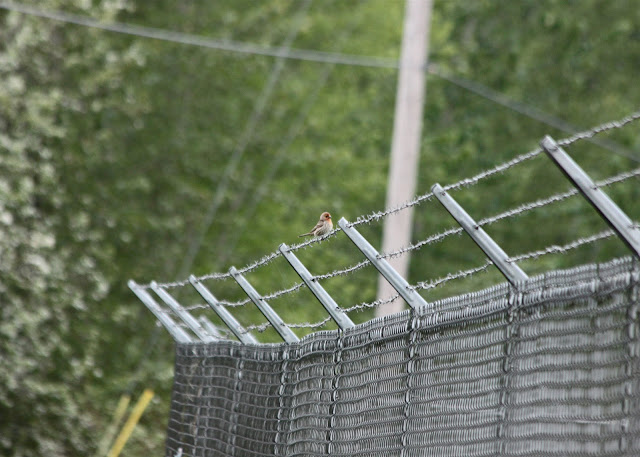 This Tree Swallow was standing on the ground near some foraging Golden-crowned and White-crowned Sparrows.  When I approached it flew up onto the fence like the above House Finch and as I rode past did not budge though I was a mere five feet away. 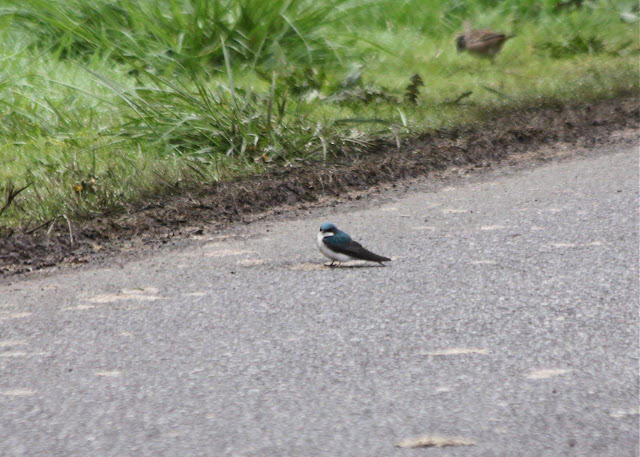 On my way home I stopped in the Delta Park Sports Complex to check out some gulls on the lawn.  Among thirty or so Mew Gulls was my first motorless California Gull: 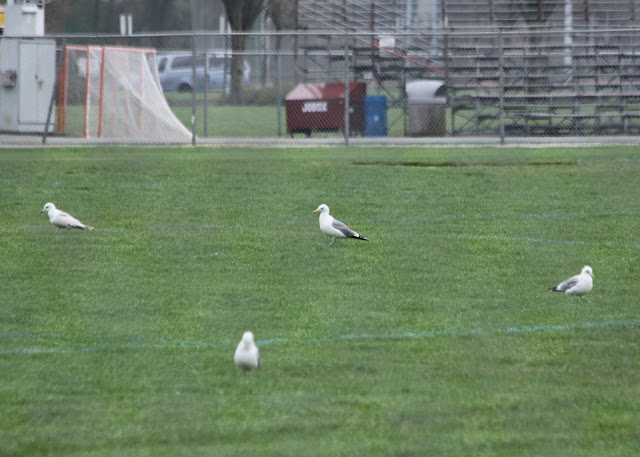 A great finish to my morning ride.  Six new motorless birds and home in time for lunch.

On Monday morning I took the dogs for a long walk to look for Eared Grebes that have been showing up pretty much everywhere recently.  After getting quite soggy we finally found one a mile or so west of the Glen Jackson Bridge: 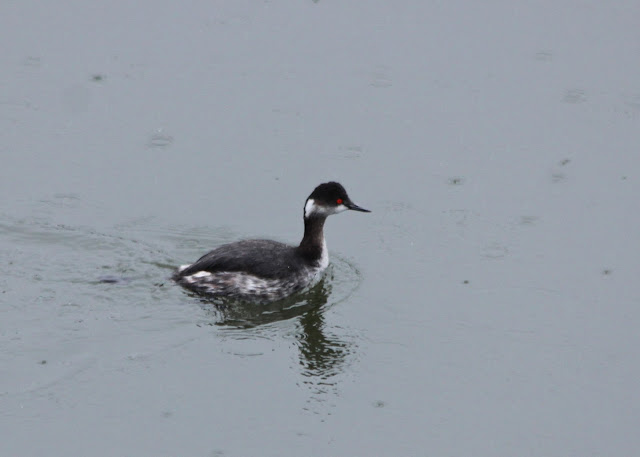